Communicating with the world’s smallest computers 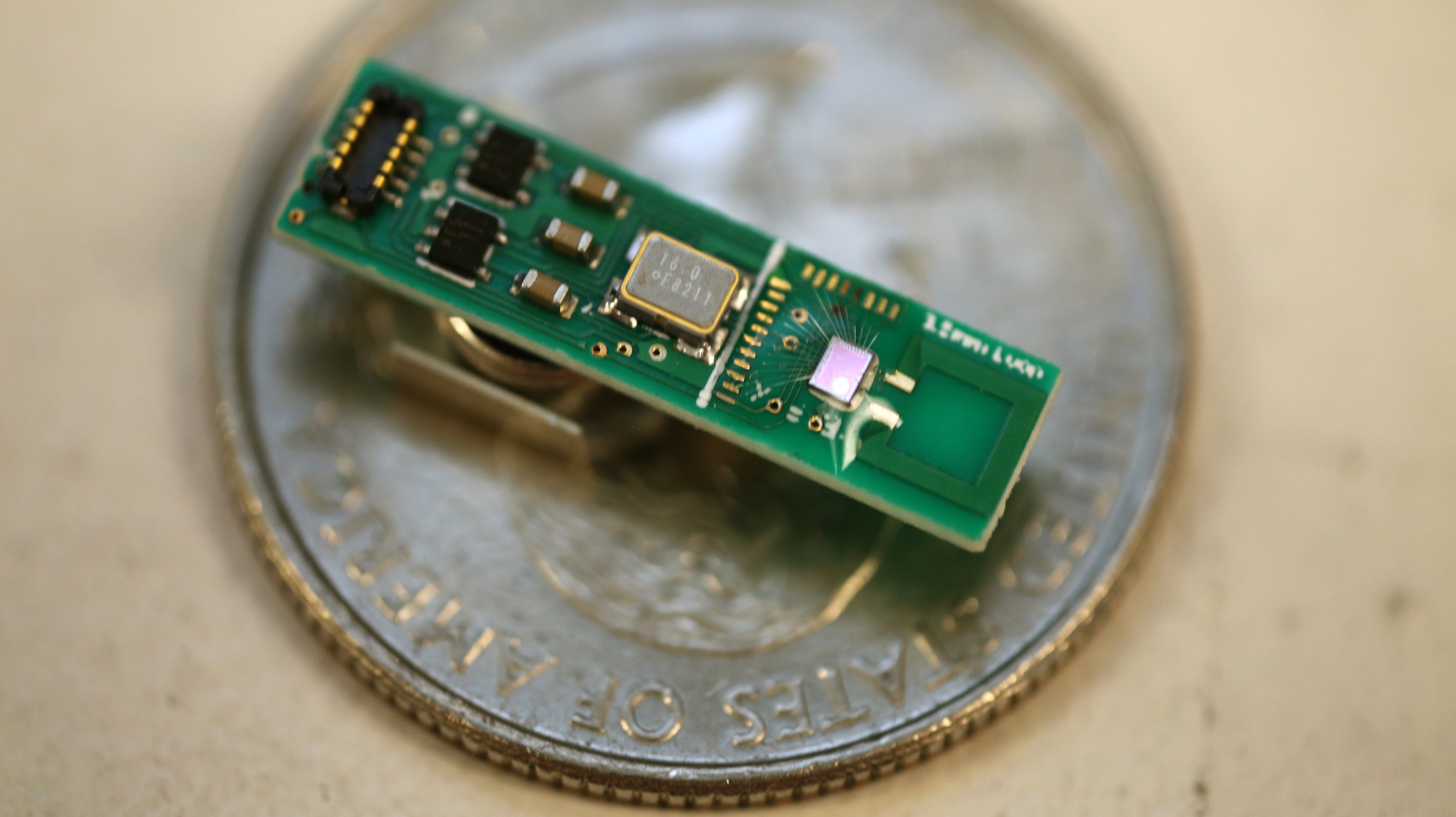 IMAGE:  The Bluetooth transmitter chip next to the antenna (dark green square), located on the right, shown with a circuit board used to test the device.

A team of researchers led by Prof. David Wentzloff has built the first millimeter-scale device capable of communicating with Bluetooth Low Energy with a high level of accuracy. It is an achievement that is particularly important for realizing ubiquitous Internet of Things connectivity, and furthers the applications possible with tiny computers such as the Michigan Micro Mote (M3).

“I’m really excited about the future research directions that will be opened up by removing the wireless connectivity barrier!” said Wentzloff.

When faculty built the M3 in 2010, it was the world’s first millimeter-scale computer. While the computer has gotten even smaller, the challenge of being able to transmit information on such minute devices has only increased. Antennas are hard to shrink down to this size, and they consume a relatively high amount of energy compared to what the computing device can generate.

As an additional challenge, to make these devices broadly available and adaptable to the latest wireless technology, the researchers wanted the radios to be able to communicate using the brand new BLE protocol. 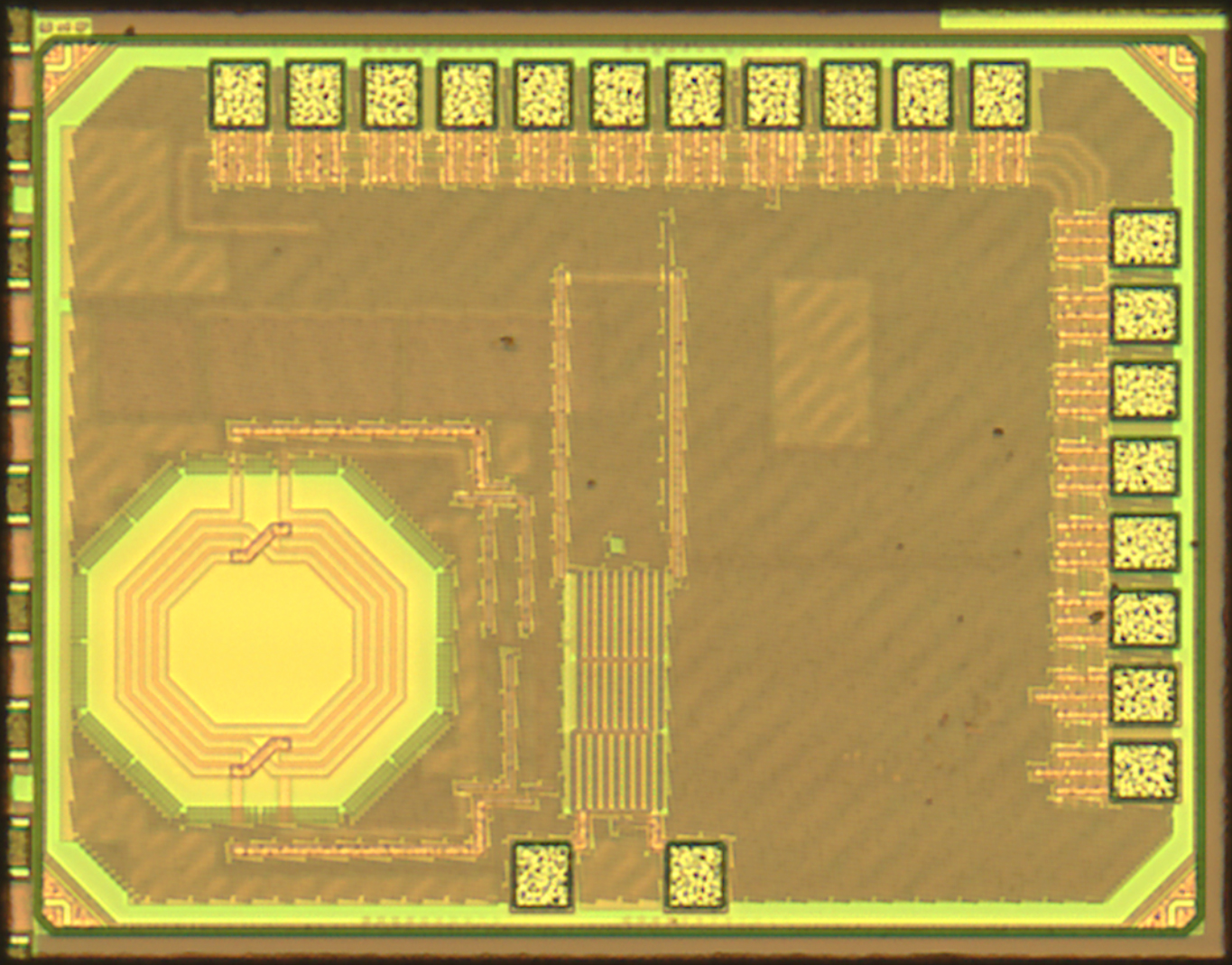 IMAGE:  The Bluetooth transmitter chip includes a transformer (lower left) that increased power to the antenna.

Using several innovative approaches, described more fully in the IEEE Spectrum article, Teeny-Tiny Bluetooth Transmitter Runs on Less Than 1 Milliwatt, Wentzloff and his team fabricated the first known millimeter-scale BLE transmitter and antenna, and it consumes only 606µW, or 0.6 milliwatts, during transmission. One of those approaches was to combine the oscillator and the antenna in a way that made the amplifier unnecessary. They called their resulting invention a power oscillator.

When incorporated into a device such as the Michigan Micro Mote, it will allow them to communicate with an ordinary smartphone.

“This radio adds the first standard-compliant communication to the M3 stack,” said Wentzloff. “This enables us to deploy M3 devices more quickly and more easily get sensed data to the cloud by connecting directly to a smartphone.”