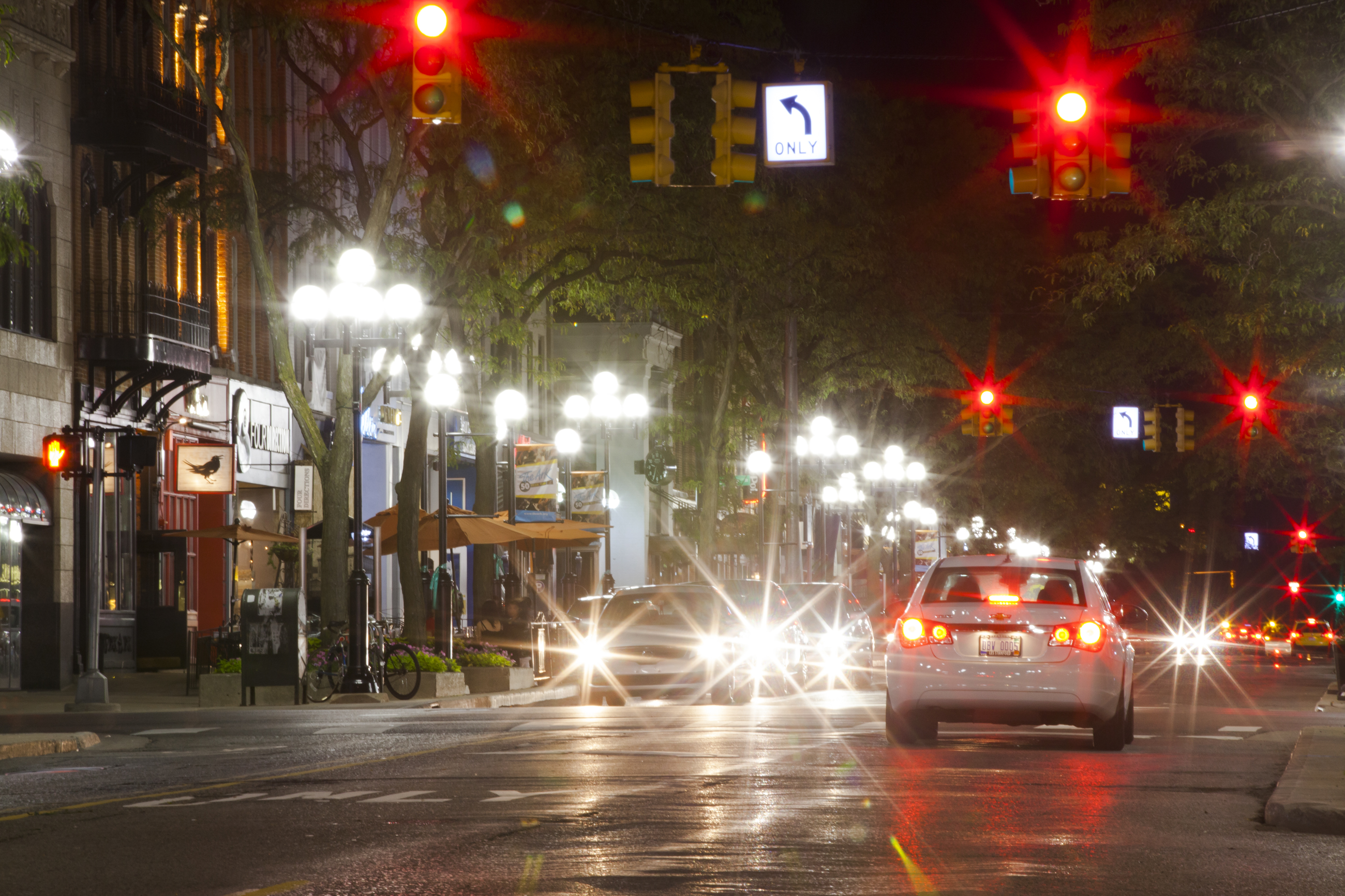 The project is led by Yafeng Yin, professor in the Department of Civil and Environmental Engineering with Yiheng Feng from the U-M Transportation Research Institute (UMTRI) and Shen as co-principal investigators.

“Our team aims to revolutionize the current process of traffic signal timing via distributed and decentralized optimization methods,” said Shen.

The centralized control models that are commonly used to regulate traffic lights at a specific intersection can become inefficient when the intersection is viewed as a part of larger ecosystem of multiple intersections across a large area, like a city. This inefficiency can lead to slow moving traffic and congestion.

“This grant will allow me to work with domain experts to develop emerging distributed optimization frameworks for system optimization under uncertainty and incorporate them into traffic signal timing regimes implemented in real time.”

Traffic lights at intersections are traditionally regulated with a base plan developed using aggregated historical data. But with sensors and cameras in a connected network, researchers can make real-time adjustments to the base plan to improve traffic flow in unpredictable situations.

Cross-department and institute collaboration for the project allows expertise in stochastic programming, network optimization, and discrete optimization to be combined with real-world transportation system experience and provide access to cutting edge simulation facilities.

“The challenge is to develop and solve network-based signal control models with random variables and complicated nonlinear constraints that represent how traffic lights communicate and coordinate. We will validate the results first through simulation in M-City and then deploy the system in the city of Ann Arbor,” said Shen.