Extreme light: Nobel laureate discusses the past & future of lasers 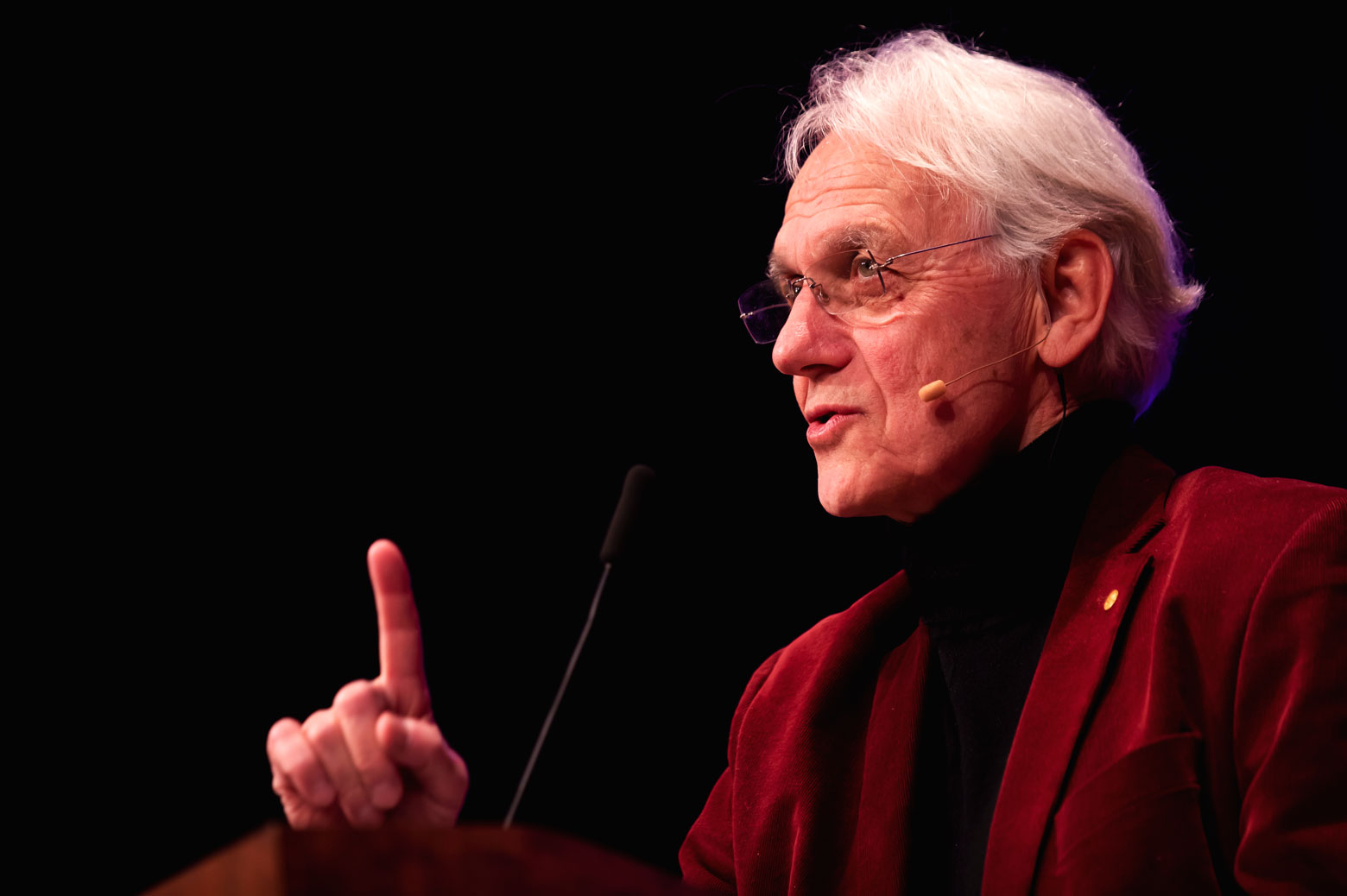 Laser beams a billion times brighter than the surface of the sun, in bursts that lasts a millionth of a billionth of a second, have vast potential to move society forward and serve as new windows into the world around us.

In a lecture on Thursday, Feb. 28, Nobel laureate and emeritus engineering professor Gerard Mourou looked to the past and future of what he calls “extreme light.”

Mourou is the A.D. Moore Distinguished University Professor Emeritus of Electrical Engineering and Computer Science. He shares a portion of 2018 Nobel Prize in Physics with former graduate student Donna Strickland, who is now a professor at the University of Waterloo in Canada.

Together they invented “chirped pulse amplification,” or CPA, a technique that stretches a laser pulse before amplifying it. This makes the laser pulse longer and weaker, protecting the amplifying equipment. Then, once the amplifiers have pumped up the power, the laser pulse is compressed back down, resulting in a very short, very intense pulse. These pulses can vaporize precise points on a target without causing collateral damage.

Mourou and Strickland made the initial invention at the University of Rochester.

This is the paper that won the Nobel Prize. “It was Donna’s first paper I believe.” pic.twitter.com/QnkBQM6jV2

At U-M, where Mourou was a faculty member for 16 years and founded the Center for Ultrafast Optical Science, CPA led to the development of the safer, bladeless version of LASIK eye surgery. Today, tens of millions of people have benefit from the approach, which limits complications and broadens the pool of eligible patients.

The innovation came about after a lab accident. A graduate student, who moved his goggles aside as he was aligning the laser’s mirrors, took a beam to the eye, Mourou recounted in an interview before his talk. His colleagues took him to the emergency room.

“The medical resident asked what kind of laser did we have. Because the damage was perfectly circular,” Mourou said.

Later that week, the resident, Ronald Kurtz, asked to join Mourou’s group at CUOS. Eventually, with support from the university and its technology transfer office, the team commercialized the technology through a spinout company called Intralase.

.@UMOTT is honored to have helped bring the work of #NobelPrize Laureate Gérard Mourou to the world. A big thank you to those who were in the office back in the late ’90s, when we began work on file 936! And congratulations again to Dr. Mourou in his well-deserved honor. https://t.co/neFvPMkReJ

Currently, Mourou is a professor at Ecole Polytechnique in France, and a founder of the Extreme Light Infrastructure project under construction in Europe. When complete, it will be the world’s largest laser user facility, and capable of producing laser beams that possess record-breaking intensity. (At present, that superlative goes to HERCULES at CUOS.)

This light, Mourou said, “is seriously extreme.” It could exert the pressure equivalent of 10 million Eiffel towers on the tip of your finger. Scientists and engineers can do a lot with that kind of power.

Today, they’re using it to manipulate particles, slowed down almost to rest or accelerated to near the speed of light. They can mimic physics seen near black holes and on neutron stars. And in the future, extreme light has the potential to neutralize nuclear waste, clean up space junk, advance proton therapy to treat cancer, and explore the new regimes in physics.

Space debris, the size of bullets but 50x faster than the fastest bullets, too small to detect with radar. Lasers could save astronauts from getting hit on a space walk. Gerard Mourou, #NobelLaureate pic.twitter.com/pwAlv0VS4s

In recognition of Mourou’s accomplishments, Michigan Engineering will rename CUOS the Gérard Mourou Center for Ultrafast Optical Science, announced Alec D. Gallimore, the Robert J. Vlasic Dean of Engineering, the Richard F. and Eleanor A. Towner Professor, an Arthur F. Thurnau Professor, and a professor both of aerospace engineering and of applied physics.

“Since its beginning, more than 250 graduate students at CUOS have produced roughly 170 patents, five startup companies, and over 5,000 scientific publications,”Gallimore said. “Bladeless LASIK was developed, and HERCULES, the world’s most intense laser, was born.

“Congratulations to you, Gérard, and to Donna, for your preeminent achievement.”

Mourou’s talk at U-M was based on his Nobel lecture he delivered in Stockholm in December, 2018. Watch the Nobel lecture. 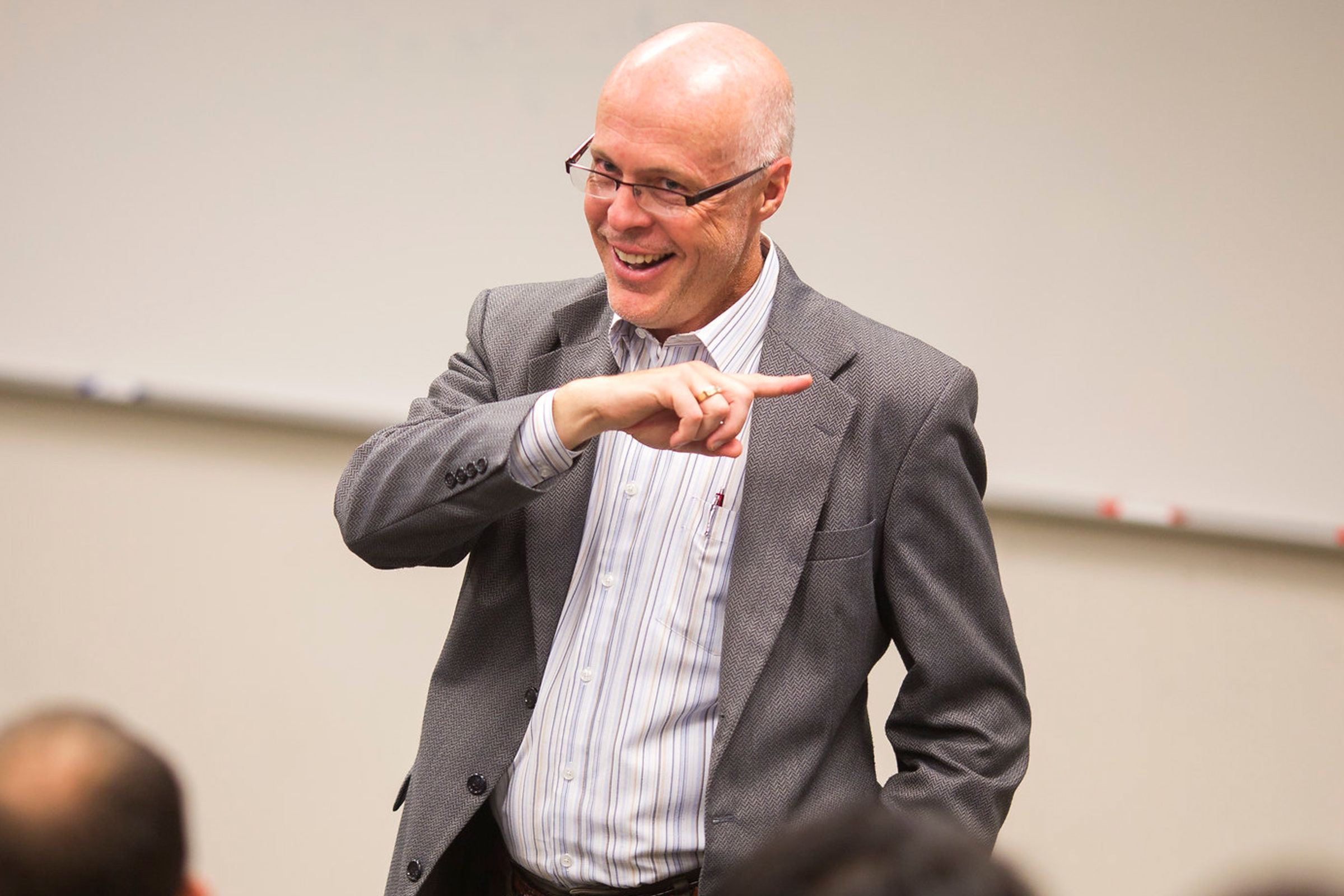 'When caught in a situation such as this, creatively and positively helping others is always an excellent endeavor.'| Long Read

Black computer scientists, including U-M professors, call to dismantle racism in the field