Dr. John J. McKetta, Jr. passed away on January 15, 2019, at the age of 103 in Austin, TX. He will be remembered in a memorial service on Saturday, February 9, at the AT&T Executive Education and Conference Center in Austin, Texas. 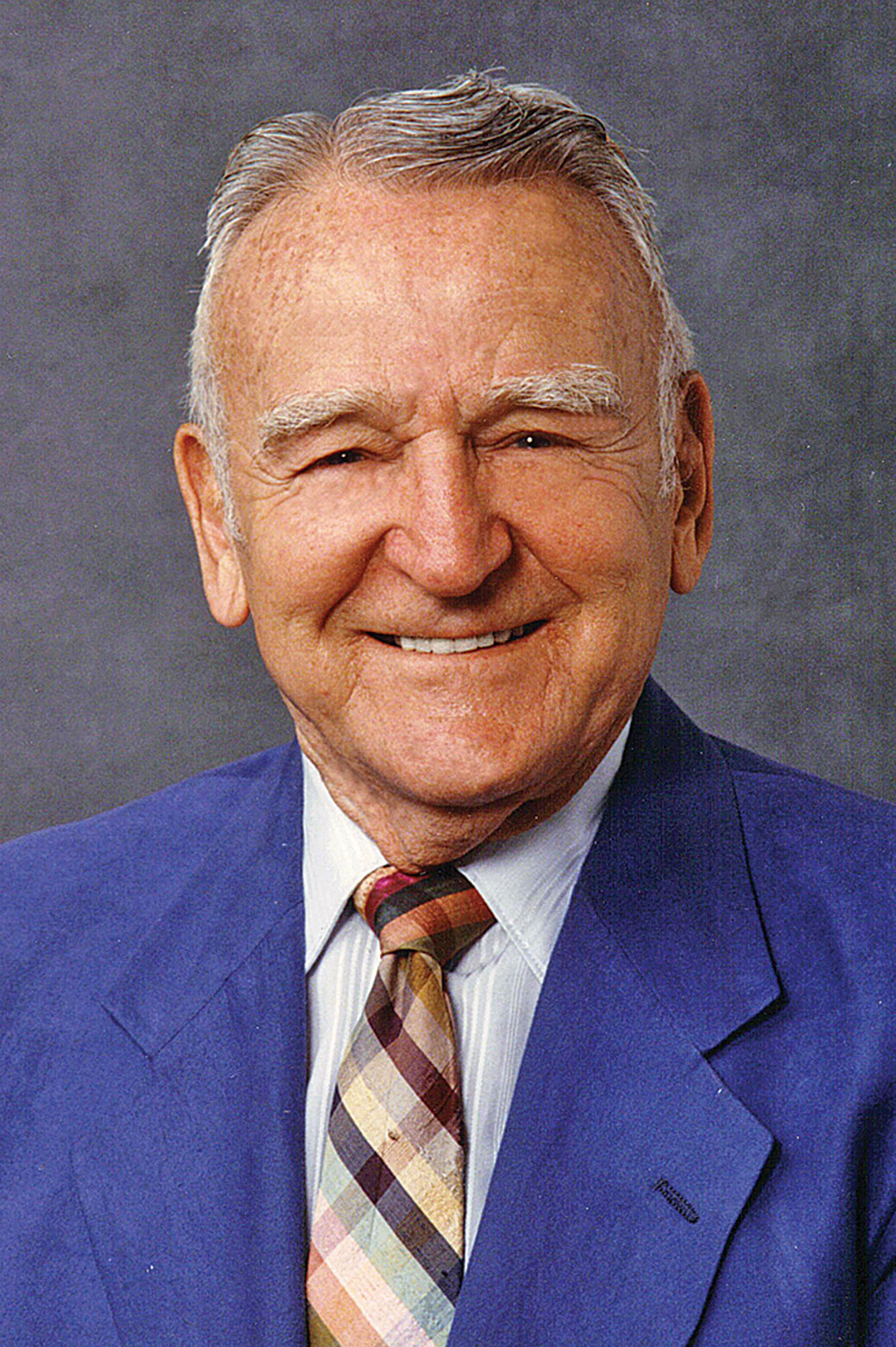 McKetta received his PhD in 1946 from the University of Michigan, as well as an MS and BSE degree in 1943 and 1944, respectively. He was elected to the National Academy of Engineering, and in 2009, was selected by AIChE as one of the “50 Chemical Engineers of the Foundation Age.” He also served as president of AIChE in 1962.

He was born in a small town in Wyano, Pennsylvania, named for the Youngstown and Ohio Steel Company (Y&O). His parents came to the United States from Ukraine and McKetta didn’t learn English until he started school. After high school graduation, he started working at the local mine. Even though he was scared every minute he was in the mines, he spent the next two years digging coal with a pick and shovel for 25 cents per ton, alongside his brother and father. The work was hazardous and numerous roof cave-ins resulting in fatalities occurred during his time in the mines.

In 1935, his brother gave him a book titled “Coal Carbonization” and he learned about engineers who made chemicals from coal. McKetta knew instantly that he wanted to do this rather than dig it. He set out to find a college where he could work and attend school. Tri-State College (now Trine University) in Indiana was the only college that offered him both opportunities so he headed there in fall 1935. He says he took his dirty mining cap with him to school so he would always be reminded how lucky he was to be getting an education.

After receiving his degree from Tri-State, he came to Michigan to work at Michigan Alkali in Wyandotte, now part of BASF. While working there, he heard that University of Michigan chemical engineering faculty were making chemicals from gas and petroleum and were consulting with a company named “Dow” and that Dow was building a “chemicals from gas” plant in Freeport, Texas. He drove to Ann Arbor in November 1941 to meet the faculty members; the chairman of department, “Great God” Brown (a nickname many students called G.G. Brown), and the “great” Donald L. Katz, who remained McKetta’s senior professor and dearest friend until his death in 1989. They suggested that he pursue a graduate degree at Michigan, so he agreed to enroll in the program for the winter term in 1942. 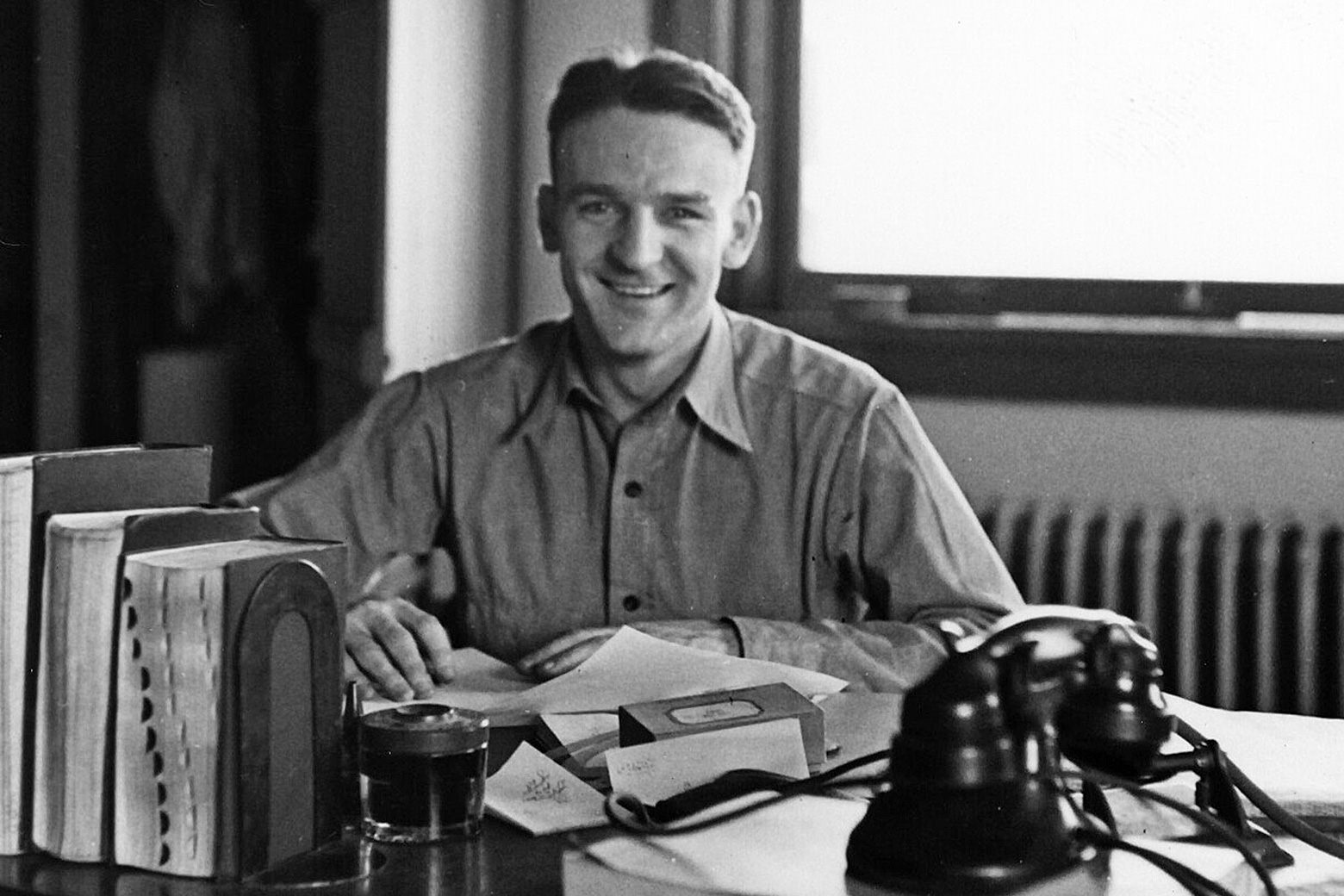 IMAGE:  John McKetta at the University of Michigan

While at Michigan, he and his doctoral advisor, Katz, developed a set of tables relating to underground temperature and pressure in gas and oil wells that reveal the composition of the surrounding terrain, which are still in widespread use. Of all the many awards and honors McKetta has received in his life, none was as thrilling as being awarded the Donald L. Katz Award from the Gas Processing Association many years later. This award is in the McKetta Library in the McKetta Department of Chemical Engineering at Texas, right under Katz’ photo, which was inscribed by Katz, “to the best graduate student any faculty member could ever be so lucky to have, Johnny McKetta, with my deepest personal and professional wishes.”

He joined the faculty of the University of Texas in 1946 and soon became an international authority on the thermodynamic properties of hydrocarbons and served as energy advisor to five presidents. He never forgot his work in the coal mines and his desire to find more efficient ways to create energy motivated him in his professional life.

In spite of all the honors he received, he always found a way to put his students first. “The highlights of my career were all with my students in the classroom,” McKetta said. “I’ve always said to never, ever forget the students. I felt that if our responsibilities to, and concern for the students ever became secondary, we would be violating the trust we accepted as a faculty member.” He said he considered his students his family.

Until late in his life, he called his former students over 65 on their birthdays each year. It probably wasn’t a surprise to anyone that he was selected a few years ago as one of the “most inspiring professors” at the University of Texas.

McKetta was honored by the University of Texas in 2012 when his department, with financial support from many of his former students, was renamed the John J. McKetta Jr. Department of Chemical Engineering.

This was not the first chemical engineering department named after him though. Fifteen years earlier, John McKetta’s undergraduate alma mater, Trine University, named their Chemical Engineering and Bioprocess Department after him too.

This article was compiled from an article published originally in the Chemical Engineering Newsletter in 2013.

Read more about Professor McKetta:
Memorial from the University of Texas

A book by his granddaughter, Elizabeth Sharp McKetta: Energy: The Life of John J. McKetta Jr.