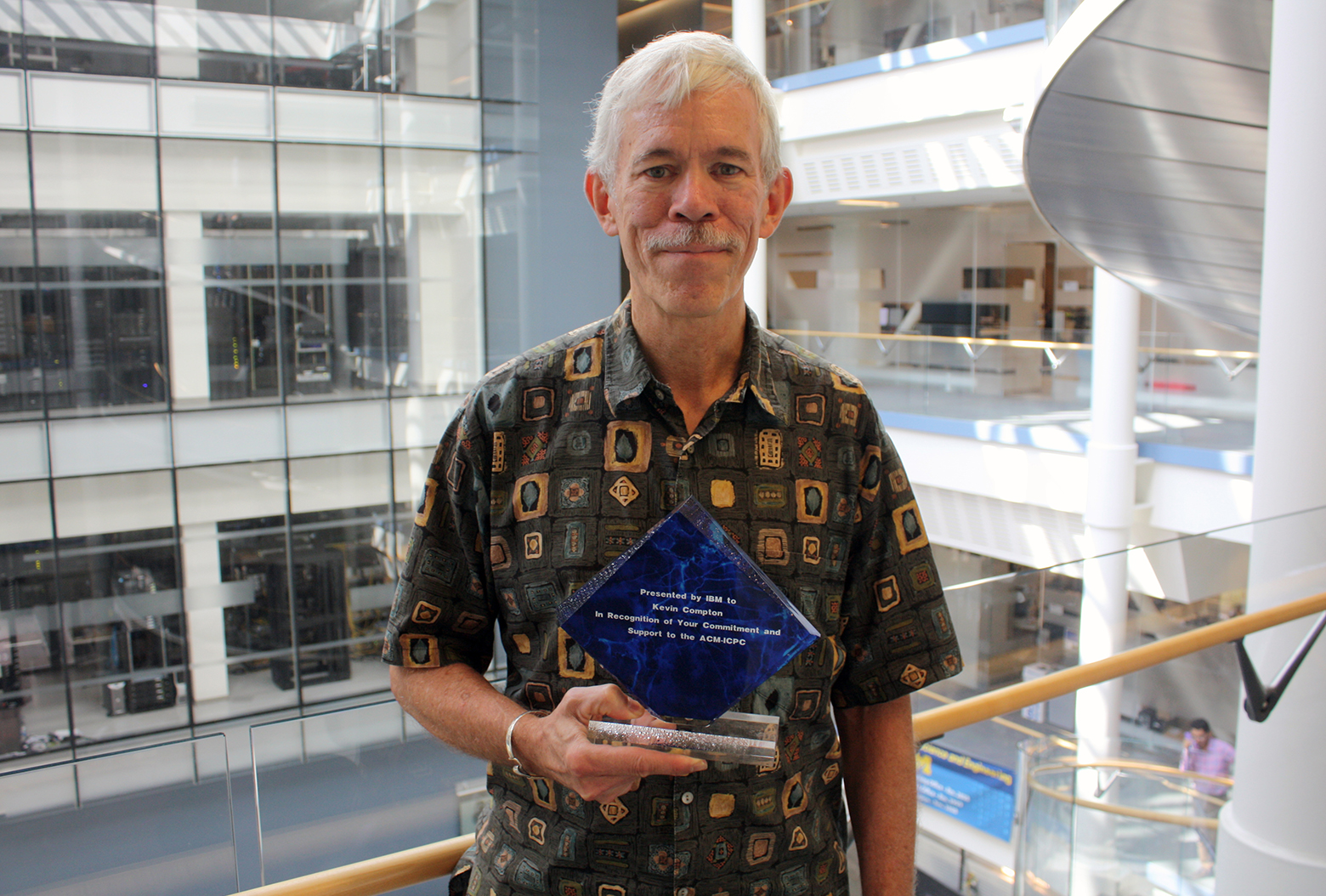 IMAGE:  Prof. Kevin Compton in the Beyster Building in 2014, after receiving the ACM-ICPC Coach Award

Professor Kevin Compton has retired after 34 years on the CSE faculty. A reception was held for him on December 11th, and he will retire at the end of the term.

Prof. Compton has been a member of the department’s Theory Lab, and his research interests have been in the areas of complexity of combinatorial and logical problems, analysis of algorithms, and automata theory.

His early work used techniques from logic and finite combinatorics to determine the computational complexity of various problems in computer science. After coming to Michigan, his research with students covered a number of different areas including compiler synthesis, formal verification of programs and software engineering tools, cryptographic protocol verification, and development of probabilistic methods for the analysis of algorithms.

Throughout his career, Prof. Compton has made contributions in service that have enhanced the student experience and the operation of the CSE Division.

Notably, he has served as head coach and mentor for University of Michigan student programming teams since 2001, and has eight times coached teams that have advanced to the very competitive ACM International Collegiate Programming Contest World Finals. In 2011, the Michigan team placed second in the world, a remarkable achievement. In 2014, Prof. Compton was recognized with the ACM-ICPC Coach Award for having at that time brought five teams to world finals competition.

According to Prof. Compton, “The best part of coaching has been the opportunity to work with talented, enthusiastic young people. This includes not only the team members I’ve coached over the years, but also the assistant coaches have contributed so much time and energy: Randy Ho, Andrew Nierman, Jarrod Roy, Charles Zhang, Dennis Matveyev, and Mark Gordon.”

Prof. Compton has been known for his dedication to department service. He has been a long-standing member of the CS Program Committee and Curriculum Committee, where he has been dedicated many hours to the administration of changes to evolve these aspects of the CSE department. 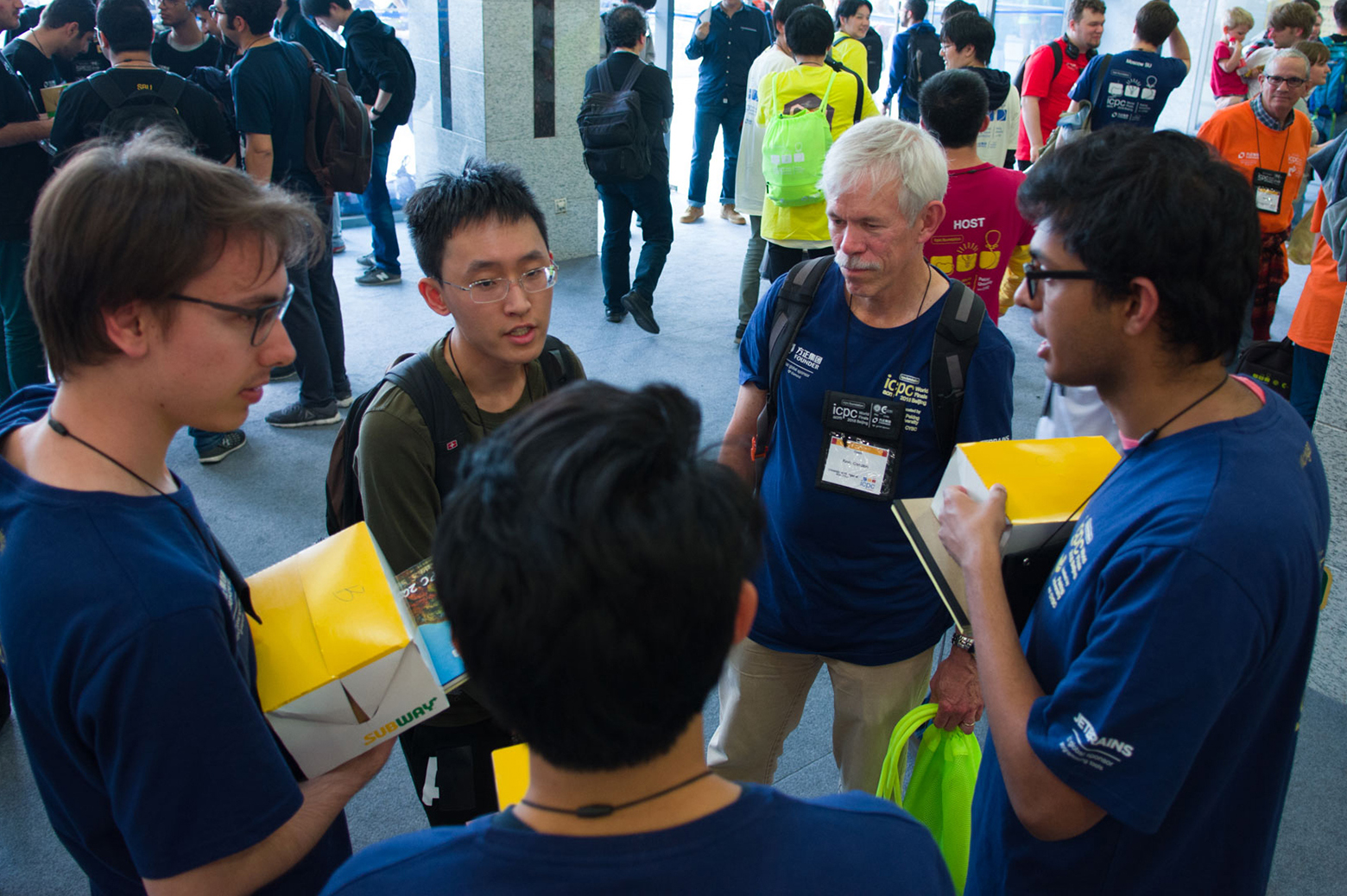 IMAGE:  Prof. Compton confers with the Michigan programming team at the 2018 ACM-ICPC world finals in Beijing.

Prof. Compton joined faculty during a pivotal moment in the history of CS at Michigan. He was recruited by Gideon Frieder, who at the time was Chair of the Computer and Communication Sciences (CCS) Department in the College of LSA and was interested in recruiting theoretical computer scientists. 1984 – the year that Prof. Compton was hired – was the year that CCS merged with the ECE Department and a separate CISE grad program in the College of Engineering to form what is today’s EECS Department. As a result, Prof. Compton was one of the first faculty members hired into the new EECS department and is one of a very few with ties to the old CCS.