Floating above the surface of Mars, two briefcase-sized satellites ushered in a new era of deep-space exploration earlier this year. Hitching a ride on an Atlas V rocket alongside the InSight Mars lander and named MarCO-A and MarCO-B, they became the first CubeSats to successfully navigate to interplanetary space and communicate with Earth.

The MarCO mission, undertaken at NASA’s Jet Propulsion Laboratory with the involvement of Michigan Engineering alumni and researchers, proved that small, inexpensive spacecraft can go beyond the Earth’s orbit, exploring further reaches of space that had previously been the realm of larger, more expensive probes. Andrew Klesh (BSE EE ’05, BSE AERO ’05, MSE ’06, MEng ’09, PhD ’09) and Anne Marinan (BSE AERO ’11), played key roles. Both are pictured below.

Congrats to @NASAInSight for a successful #Mars landing!

Did you know? 🤔 @MichiganAero alum Dr. Andy Klesh is the Chief Engineer of the #MarCO “CubeSat,” which relayed info on #InSight descent and touchdown!

📸 Dr. Klesh is pictured below with the CubeSat pic.twitter.com/CiRslnd1Q3

“These are our scouts,” said Klesh, the MarCO mission’s chief engineer, in a NASA news release. “CubeSats haven’t had to survive the intense radiation of a trip to deep space before, or use propulsion to point their way toward Mars.”

Cubesats are small satellites that travel alongside larger payloads, and they have become popular as a relatively inexpensive way to gain a foothold in space. There are already more than 800 of them whirling overhead. But until now, they’ve been confined to near-Earth orbit, about 200 miles above the planet’s surface. The twin MarCO CubeSats shattered that record, travelling more than 97 million miles to complete their mission. 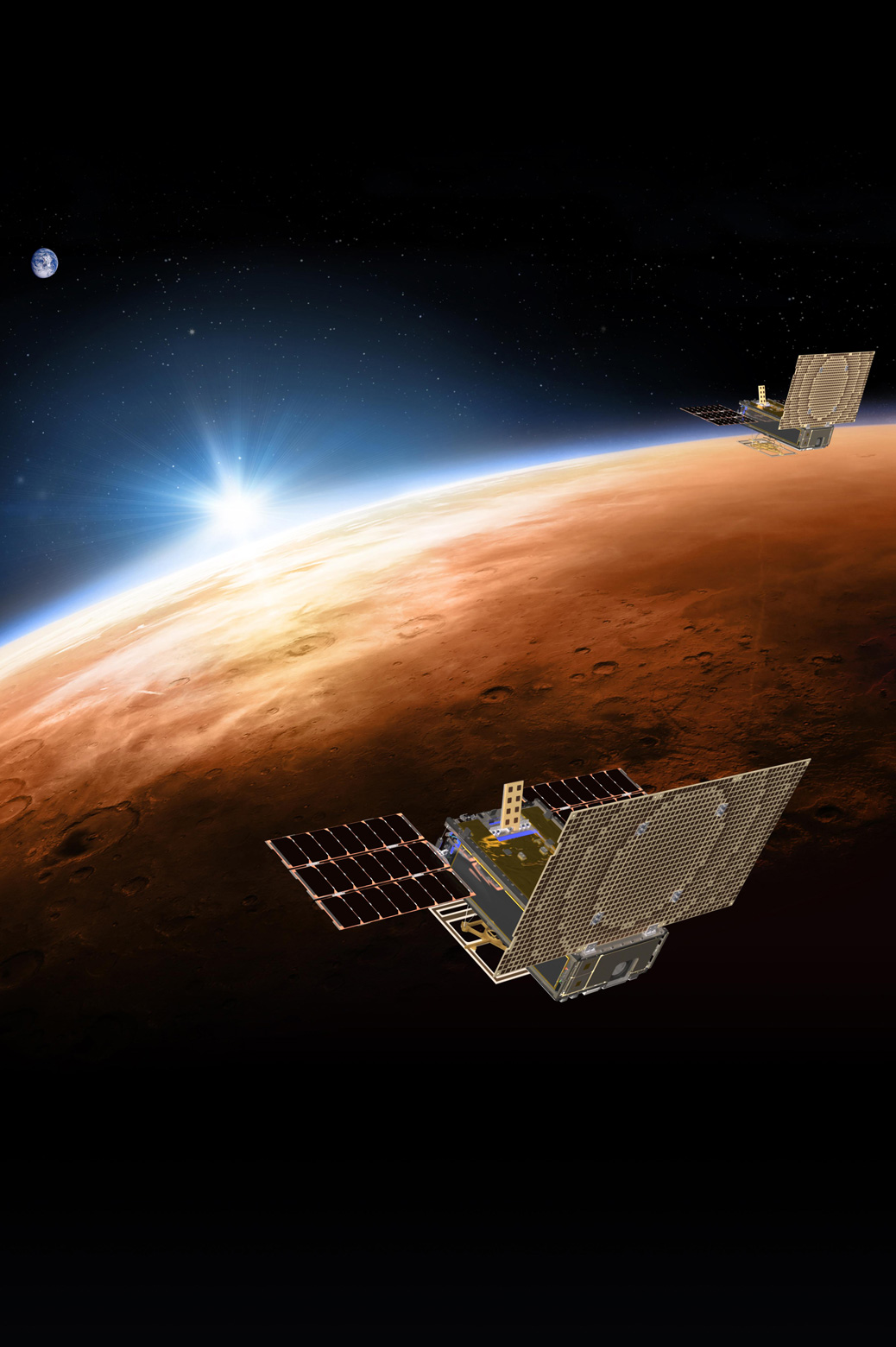 IMAGE:  An artist's rendering of the twin Mars Cube One (MarCO) spacecraft as they fly through deep space. Photo: NASA

MarCO A and B launched May 5, 2018 on the same rocket as InSight, a mission to study Mars’ crust, mantle and core and answer questions about how rocky planets form. Shortly after leaving the Earth’s atmosphere, the MarCOs ejected from pods near the base of the rocket. After that, they were on their own, spending the next 6 and a half months on a cruise to one of Earth’s nearest neighbors.. They navigated with a custom-designed steering system that used cold, compressed gas jetted from a set of eight nozzles.

Along the way, they unfurled solar panels that provided power to a softball-sized radio that enables the CubeSats to beam data millions of miles back to Earth.

“Communication in interplanetary space is a challenge that CubeSats haven’t had to deal with before,” said Marinan, a MarCO systems engineer, in a talk at JPL. “They’re much further from Earth, and so they have to be able to figure out the range and the orbit of the CubeSat. This radio makes that possible.”

The CubeSats also used a newly-developed flat X-band antenna that focuses radio waves like a parabolic dish but takes up far less space. Once they arrived near the surface of Mars on Nov. 26, 2018, they connected wirelessly with the InSight lander, relaying data about the landing process back to Earth and sending photos taken with two on-board cameras.

“It’s one thing to know MarCo flew by Mars and assume the trajectory worked out. It’s another thing to see the photo your spacecraft took of another planet,” Marinan told the Midland Daily News. “It was an amazing day and I don’t think I’m going to forget it for a really long time.”

The work wasn’t crucial to the success of the lander, but Klesh says the MarCO mission breaks new ground as a proof of concept that CubeSats can successfully navigate into deep space and communicate with Earth.

Congrats to two leaders and best, in part, enabling the successful @NASAInSight landing. Andy Klesh is the #MARCO Chief Engineer and Eric Gustafson is a navigator – super proud of both of them for making history @umich @NASAJPL pic.twitter.com/CJvnb2Zqer

Clearing those hurdles opens up a new era of opportunities. Klesh outlined a variety of possible future uses for deep-space CubeSats, including:

“[CubeSats] are very good at focused missions,” Klesh said. “They can do one thing and do that thing very well, so we’re excited to see how the technology can grow in the future.”

U-M associate professor of aerospace engineering Jamie Cutler was also involved in the MarCO mission. His lab, MXL, built the flight computer and power systems that underpin the CubeSats. 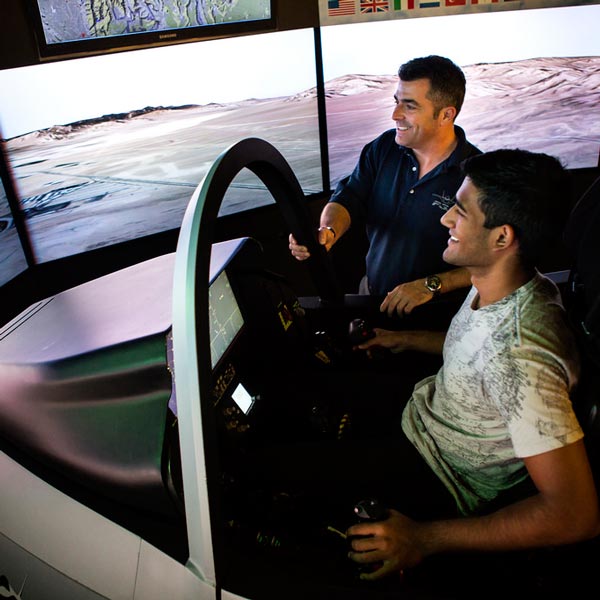 Dr. Venkat Raman, Aerospace Engineering Professor at the University of Michigan Department of Aerospace Engineering, discusses Rotating Detonation engines and the part that U-M is playing in making them a practical reality.| Medium Read
Researchers
In the News
C-SPANDec 21, 2018
NASA Mars Insight prelaunch briefing with Andy Klesh
In the NewsDec 21, 2018
A big push for small satellites for NASA science
In the NewsDec 21, 2018
From Midland to Mars: 2007 Midland valedictorian integral in helping us watch Mars landing