by Hayley Hanway
EECS: Electrical and Computer Engineering
October 5, 2018
VP of the world's largest gaming and social company, Tong spoke to students about AI, pursuing a global maximum in your career, and what it’s like to work in China when you don’t speak Mandarin.| Medium Read
Enlarge 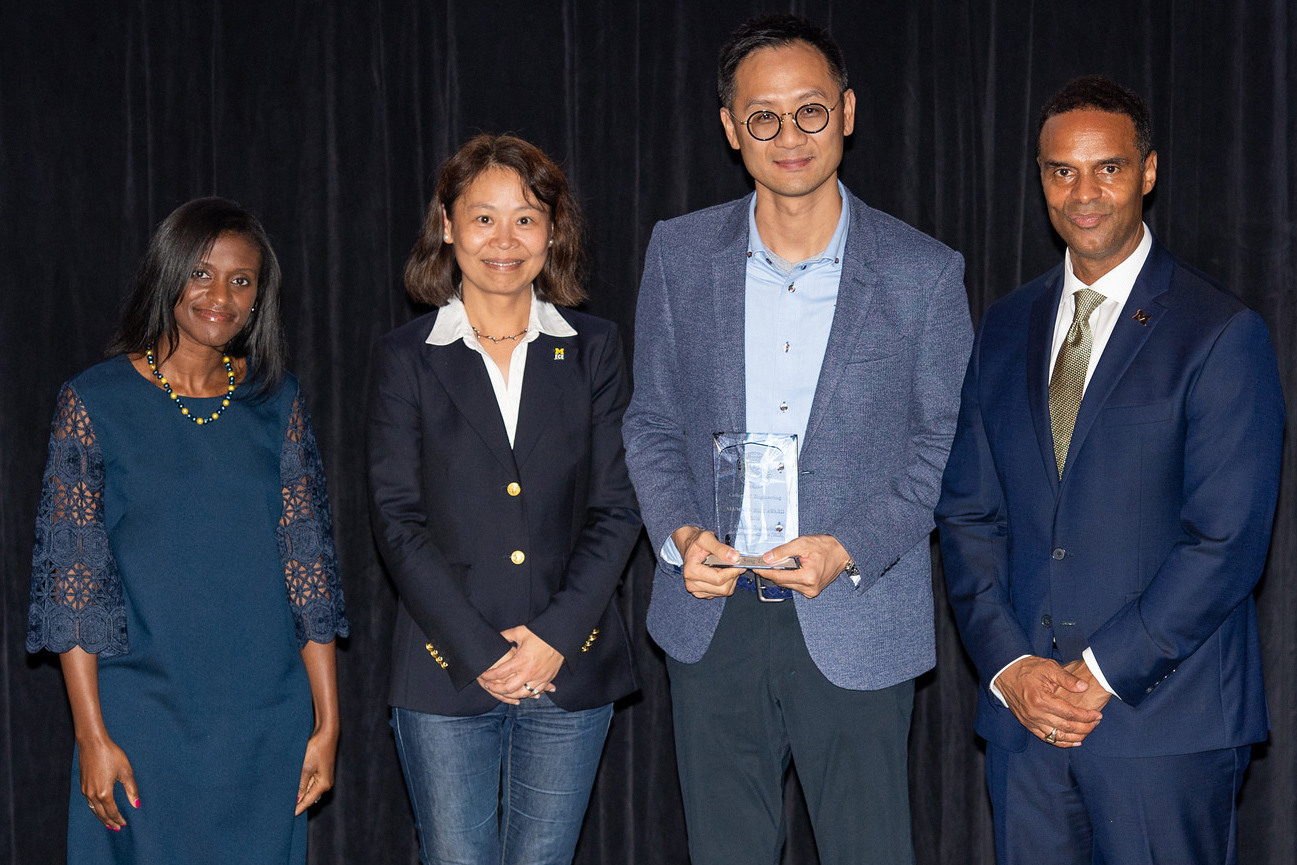 He’d come to the U.S. in the early ‘90s, earning first a B.S. in Computer Engineering from Michigan and then an M.S. in Electrical Engineering from Stanford. He had a successful career as director of engineering where he managed a team of 30 to 40 engineers, and he and his wife had just welcomed the birth of their first child.

But Tong also had a new job offer with a new technology company called Tencent, headquartered in Shenzhen, China. His good friend Martin Lau, president of the company, recruited him – a friend he met while both were undergraduate students at Michigan. 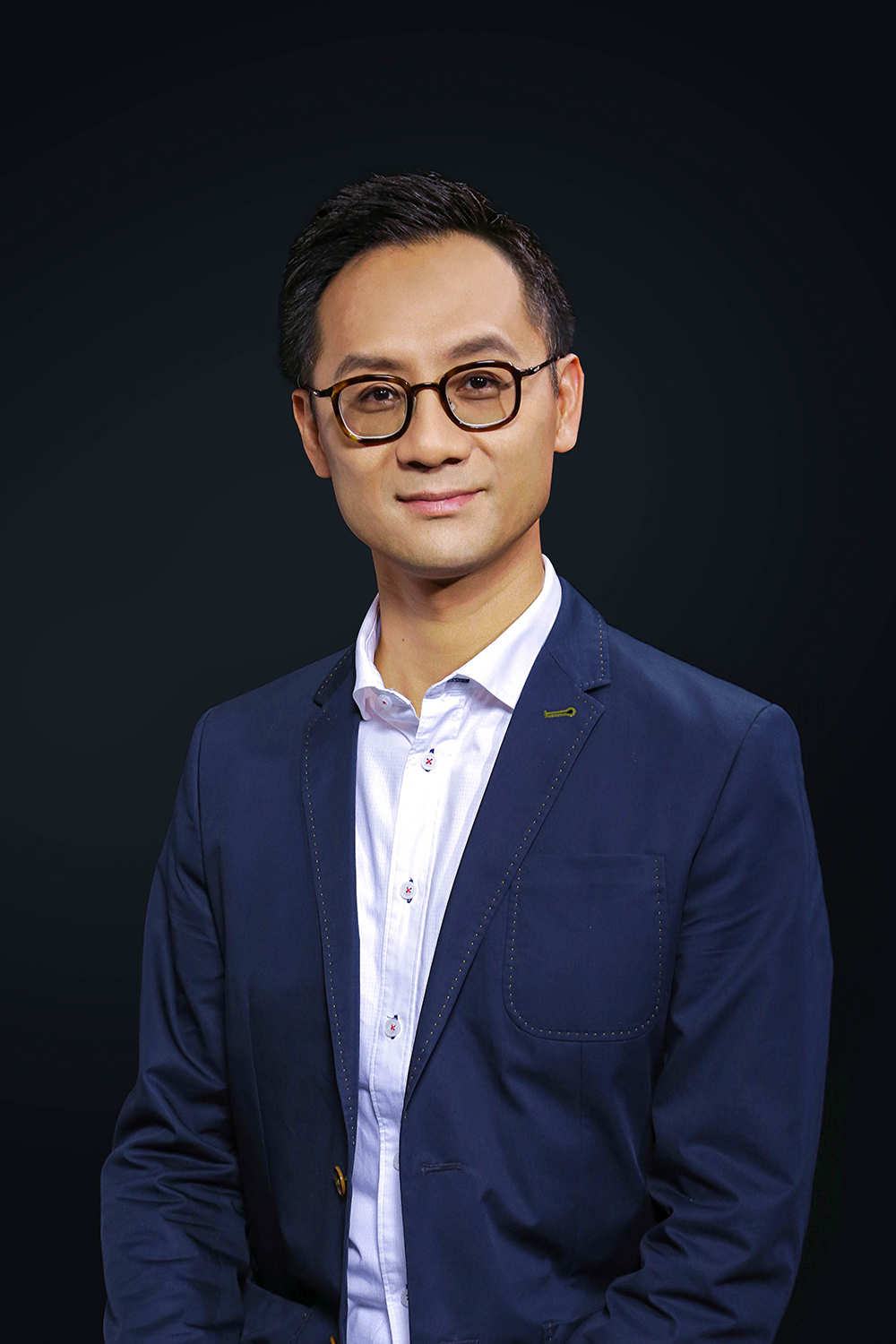 He strongly believed in the potential of the Internet of China, and taking the job would mean he and his wife would get to move back to their home country, and his son would get to grow up surrounded by family. But, it would also mean a fairly large step down for his career. It was a major pay cut. He’d have to start as an individual contributor. And there were some serious personal challenges.

“I didn’t speak Mandarin – at all – when I first moved back, which was very challenging,” Tong said. “And the work culture was very different.”

It wasn’t the first time Tong had faced making a major life decision that was full of uncertainties. Although he’d grown up in Hong Kong and had many options for attending college in China, Tong chose to leave home and go halfway around the world for U of M and a place he knew very little about.

“I was able to come over and experience a whole new world,” Tong said, “and that lesson gave me the courage to try new things throughout my career.”

I was able to come over and experience a whole new world, and that lesson gave me the courage to try new things throughout my career.Dowson Tong
Tweet

Inspired by his experiences of facing uncertainties rather than avoiding them, Tong accepted the job at Tencent.

Tong serves as the Senior Executive Vice President of Tencent. He had led the research and development of Tencent’s social networking platforms QQ and Qzone and the associated content and value-added services. He currently oversees Tencent’s cloud services, AI applications for smart industries such as smart retail, connected cars, online education and digital healthcare. He co-leads Tencent’s advertising business. He also serves as the chairman of the Tencent Music Entertainment Group.

This year, ECE awarded Tong the Alumni Merit Award. This award recognizes alumni who have achieved significant success in either academic, governmental, and/or industrial positions. Awardees are widely regarded as leaders in their fields. 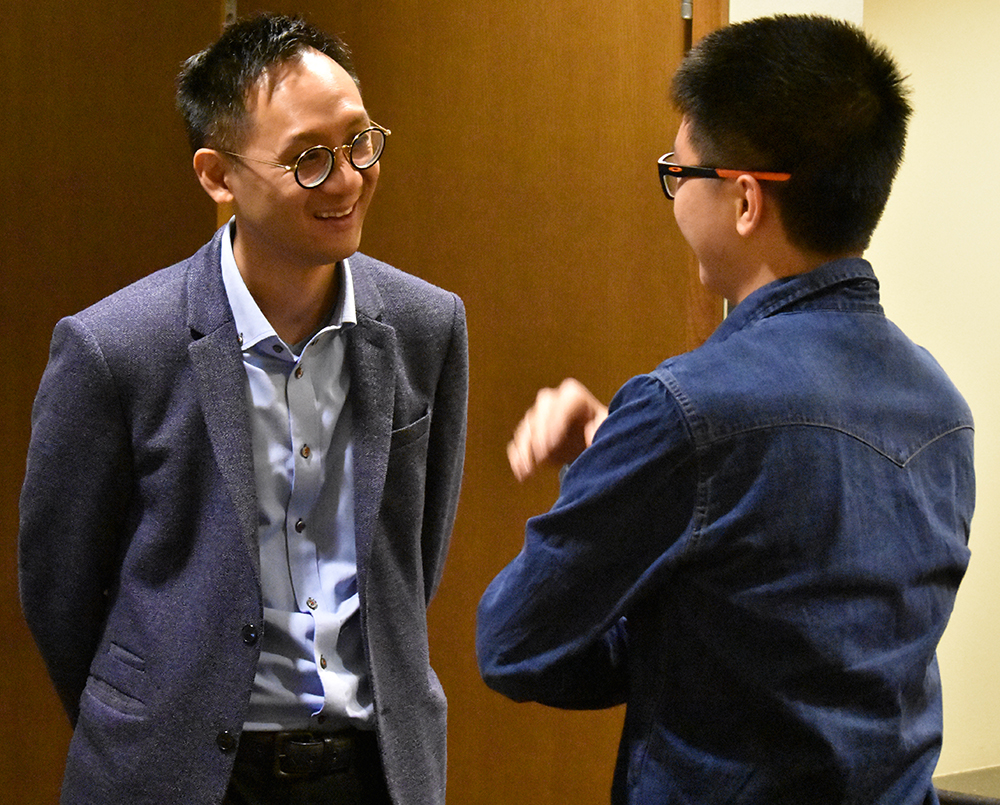 IMAGE:  Tong chats with a student after his presentation.

As part of the award festivities, Tong gave a talk to faculty and students. He spoke about the technical aspects of his job, including the applications of AI and how different regions of the world present different challenges to the same technology. However, he emphasized the twists and turns of his career to make a larger point about life and leadership.

In front of a packed conference room of young engineers, Tong explained that you can reach a “local maximum” in your career, but sometimes, to achieve a higher local maximum or a global maximum, you need to take an opportunity that feels like a step down.

“You have to put it in perspective,” Tong says. “Don’t be afraid of trying new turf, new territory, because without moving away from your local maximum, you might never have the opportunity to get to a higher local maximum or a global maximum.”

At the end of his talk, a student asked him, “What are you going to do after you reach the global maximum in your career?”

Tong first answered by saying that there’s no way to calculate a global maximum, so he can’t actually know when he’s reached it. But then he paused and considered the question.

“I don’t know,” he said, with a cheerful grin. “Even not reaching another global maximum, just trying out another local maximum – I would be perfectly fine with that.”

IMAGE:  Tong (center) with Liu (center right) and the student ambassadors at the 2018 Homecoming luncheon.
Explore:AlumniAwardsEECS: Electrical and Computer EngineeringElectrical Engineering and Computer ScienceEventsHonors and Awards