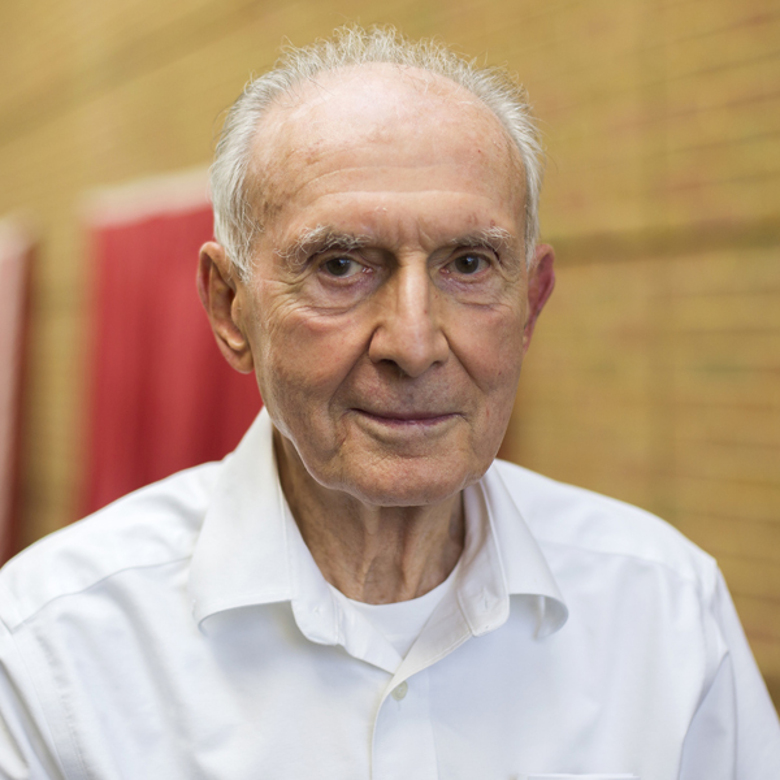 Robert Howe, a valued member of UM’s Aerospace Engineering community for 67 years passed away on August 31st, 2018. Born in Oberlin, Ohio on August 28th, 1925, Robert Howe conducted a life of service and devotion to his community. Professor Howe received his Bachelor of Science degree in Electrical Engineering from the California Institute of Technology in 1945. Concurrently, he served in the United States Navy during World War II (1943-46). After receiving his degree in Electrical Engineering, Professor Howe switched focus to Physics, earning his Bachelor’s of Arts (Oberlin College, 1947), Master of Science (University of Michigan, 1948), and Ph.D. (Massachusetts Institute of Technology, 1950).

Dr. Howe started his teaching career as Assistant Professor in UM’s Department of Aerospace Engineering in 1951; in six years, he was a tenured Professor. Professor Howe was Aerospace Chair for fourteen years (1968-82). Following his chairmanship, he was a Professor for another nine years before retiring to Professor Emeritus in 1991; overall, he spent 41 years as a member of the Aerospace Department faculty.

Over his career at the University of Michigan, Robert Howe contributed to the aerospace controls academic community. In 1978, he was awarded the Award for Meritorious Civilian Service for “outstanding contributions in guidance, control and simulation” while a member of the United States Air Force (USAF) Scientific Advisory Board. In 1983, Dr. Howe was awarded the American Institute of Aeronautics and Astronautics (AIAA) deFlorez Training Award for Flight Simulation. He also received the 1988 Society for Modeling and Simulation International Technical Award.

Even after his retirement, Professor Howe was an active member of the Aerospace Department’s community, helping to plan and execute the department’s centennial celebration. He was also known to attend Aerospace 585 lectures.

Dr. Howe was a celebrated member of the UM Aerospace Engineering community, and he is remembered fondly by alumni and faculty. Funeral services will be held Monday, October 15th at 3 pm at the Ann Arbor City Club, 1830 Washtenaw Avenue, Ann Arbor Michigan.

Dr. Jesse Capecelatro will be an affiliate assistant professor in the Department of Aerospace Engineering, effective August 2020.| Short Read