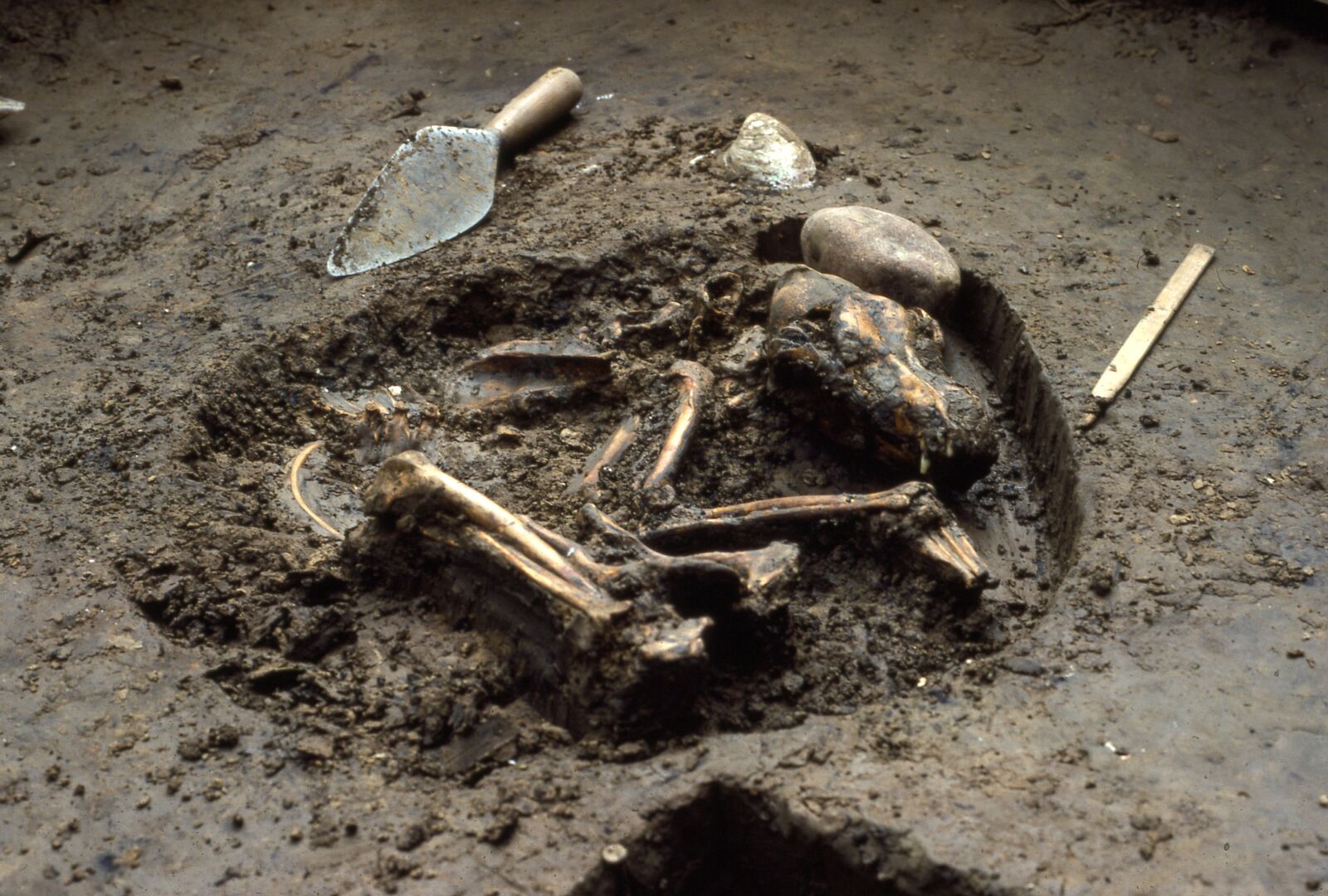 IMAGE:  Remains from the earliest dogs found in the Americas. Courtesy of Del Baston and Center for American Archeology.

Around 15,000 years ago, man’s best friend followed humans—most likely from Siberia—into North America, according to new findings from an international team of researchers. They discovered the true evolutionary history of American dogs, debunking the belief that the continent’s earliest dogs descended from North American wolves.

But surprisingly, the dogs who roamed the Americas before European colonists arrived in the 15th century and today’s modern canine companions share virtually no genetic background. Their closest remaining connection is a contagious, genital cancer called canine transmissible venereal tumors, or CTVT, which may have also wiped them out.

An evolving understanding of evolution

In 2006, Jean-Marie Rouillard, an assistant research scientist in chemical engineering, and Erdogan Gulari, the Donald L. Katz Collegiate Professor of Chemical Engineering, co-founded Arbor Biosciences to pursue a better method for synthesizing DNA that they had developed in Gulari’s lab.

“In an academic lab, once you develop and publish your technology, it’s over. You can develop a great tool, but it’s useless if no one else can use it. We saw the importance of taking our technology to the next stage and using it to make a product that would fuel future discoveries,” says Rouillard, who currently serves as its chief scientific officer.

Among Arbor Biosciences’ first products was the tool that Rouillard’s team used to capture DNA from 71 North American and Siberian archaeological dog remains used in the study on modern American dog evolution.

After thousands of years buried in the soil, collecting contaminants like fungal and bacterial DNA, the bones contained “only a small percentage of degraded dog DNA”, says Rouillard.

To extract what was left of the ancient dog DNA, Arbor Biosciences designed and manufactured DNA molecules that matched parts of the dog sequence. Using these “baits”, the researchers could then capture the dog DNA from the haystack of contaminants.

In one decade, the ability to trap and mass-sequence short, targeted DNA molecules went from a process only found in theory to reality.

Before this technology existed, research teams would have to sequence every molecule in a DNA sample—an expensive and, at times, infuriating process for scientists when only a few percent of these molecules are relevant to the study.

Since Rouillard and Gulari created Arbor Biosciences, their products have helped contribute to new understandings in evolution and domestication, including barnyard varieties of pigs, chickens and horses.

But the technology’s application extends beyond farm animals, to prehistoric as well as fabled creatures.

One of Rouillard’s most memorable projects involved debunking alleged evidence of the yeti’s existence. A paleogeneticist sent the Arbor Biosciences team possible pieces of yeti hair, skin, tooth, bone and feces. Rouillard’s team captured and sequenced DNA from the samples, revealing that the specimens contained only dog or bear DNA, but nothing not yet known to science.

The older the sample, the more challenging it becomes to extract useful DNA samples. Rouillard once helped synthesize baits to capture DNA from a horse sample more than 700,000 years old, which is “about as hard as you can get.”

“We have a strong relationship with the paleogenetic community,” says Rouillard.

It’s not the career pathway Rouillard envisioned when he joined Gulari’s lab 17 years ago.

After receiving a doctoral degree in molecular genetics in 1998 in his native France, Rouillard came to Michigan Medicine in 2000 as a postdoctoral fellow, studying the newly sequenced human genome.

That changed shortly after he heard Gulari discuss his lab’s work in 2001, when Rouillard recalls thinking, “I want to join his lab.” One month later, he did.

Now as Arbor Biosciences prepares to celebrate its 12th anniversary this fall, Rouillard looks forward to ongoing and future collaborations with the paleogenetic community and beyond.

“It’s great,” Rouillard says. “Every day, customers come to us with new problems and we have the tools that we can adapt to help serve their need. This is why Arbor Biosciences exists—to provide tools that scientists need.” 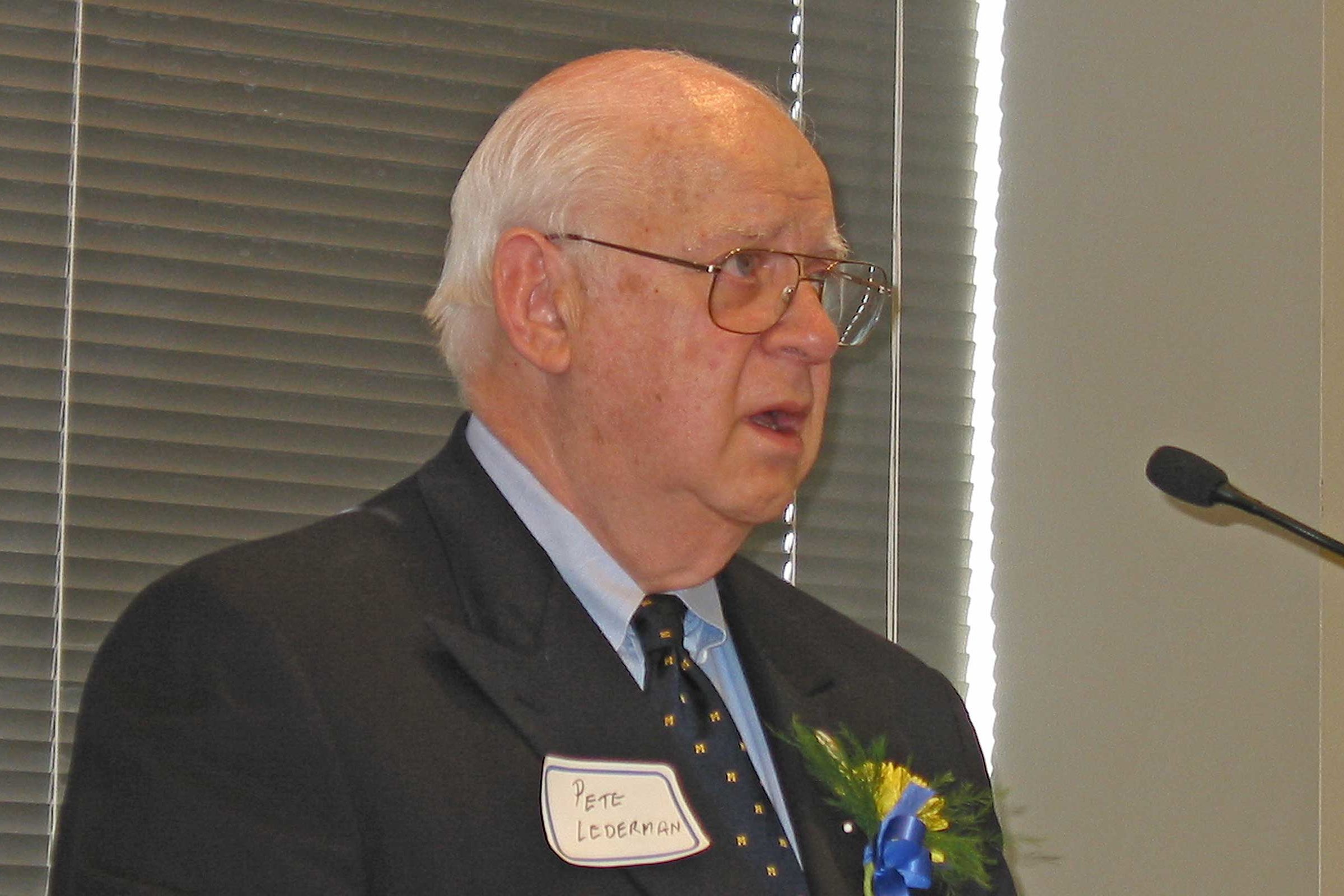 Beloved member of the U-M ChE alumni community, Peter B. Lederman died on June 9, 2020, at the age of 88.| Short Read
Researchers