The next medical markets of Collin Rich 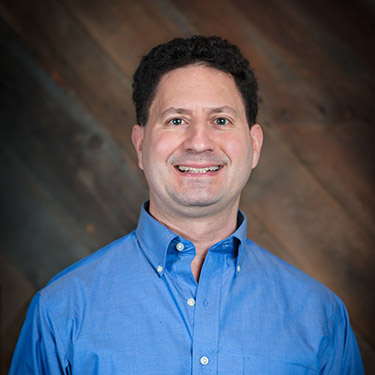 An expert health sciences entrepreneur, Rich solves critical problems and earns rewards for years of technical risk. He has almost two decades of start-up experience, including co-founding Accuri Cytometers, which Becton Dickinson acquired for $205 million. And, he is listed as co-inventor on over 46 U.S. and international patents.

Now, Rich is ready to repeat that success with other companies. His latest start-up Aquaro Histologyrecently received $9.8M in funding to revolutionize how tissue samples are handled in the lab. OcuSciences could help diagnose diseases through pictures of the eye. A third company, Sonetics Ultrasound, Inc. is studying how to use ultrasound for instant blood pressure measurements.

I’m willing to take on more technical risk, because – as long as a solution doesn’t violate the laws of physics – there’s always a way to make it happen.Collin Rich
Tweet

The team first focused on a microflow cytometer, a device used to analyze fluids, which came from U-M’s Office of Technology Transfer. The cytometer was developed to help monitor bacteria in metal working fluids, but after studying the market potential, the team found metal shops either had already mitigated the problem or were not interested in their solution.

“I look for opportunities where market risk is low, and there’s a clear need,” Rich continues. “I’m willing to take on more technical risk, because – as long as a solution doesn’t violate the laws of physics – there’s always a way to make it happen.”

At Accuri, they found a market need in flow cytometers for life sciences, which could count cells and help diagnose blood disorders, in a smaller, more personal format. At the time, such cytometers were large, complicated machines that required users to be highly trained in their operation. Also, access time needed to be scheduled, and there was always the risk that the machine would not be left in pristine condition by the previous user.

Despite the clear benefit of a smaller, simpler bench-top machine, no one believed it could be made.

“Assumptions can be a tremendous asset – if your competitors are running under them,” Rich says.

Rich’s competitors assumed that compact peristaltic pumps would never work in cytometers because they only output pulses of fluids instead of in a continuous flow. Borrowing the idea of band-pass filters from electrical engineering, Rich and the team created fluidic resistors and capacitors to make a pulsation filter for fluids, a key component of Accuri’s solution.

When Becton Dickinson made their acquisition in 2011, Accuri had built sales up to about $20M a year and was shipping cytometers all over the world.

A new market with Aquaro Histology

After finding another market need, Rich is now CTO and a co-founder of Aquaro Histology.

With Aquaro’s technology, the most labor intensive process when mounting a slice of tissue onto slides becomes automated, allowing pharmaceutical companies, hospitals, and research organizations to increase their efficiency and throughput in the lab.

“Histologists, who mount these slides by hand, are a shrinking population. But the volume of sectioning is increasing as the number of tests increase and the field of digital pathology grows.”

In addition, the precise and repetitive nature of the work has led to a common problem of carpal-tunnel syndrome in histologists.

Aquaro, like Accuri, has focused on what the users want and need. In the histologists’ case, that means integrating the precision and endurance of technology while maintaining control and visibility into the process.

The company raised $9.8M in 2017, and plans to launch their first product, an automated section mounting machine, later this year.

Sonetics, which Rich co-founded with Mrs. Baird in 2003, is currently researching how to use ultrasound technology to instantly and non-invasively measure blood pressure.

Making it easy to measure blood pressure at home could help patients track their own health. And, because blood pressure changes over a day, instantaneous readings could give a clearer picture into circulatory system conditions.

“A lot of people can do heart rate easily, but no one has cracked the nut to blood pressure. There’s a lot of potential for a system that can measure it quickly,” says Rich.

OcuSciences, where Rich is CTO, is developing an ophthalmologic imager which, after taking a picture of the back of an eye, can help diagnose diseases like macular degeneration. They expect to bring the device, the OcuMet Beacon, to market soon.

It’s teaching people to not just say, ‘it broke,’ but say why it stopped working, how you know, what you see, and how you got there.Collin Rich
Tweet

Rich had not planned on becoming a serial entrepreneur. After earning bachelor’s degrees in electrical engineering and Russian at the University of Illinois, Rich considered an offer of full employment at Shure, the microphone company. His father, a nuclear engineer, steered him toward continuing his education, and he ended up at U-M for his master’s and then doctoral degree under Prof. Wise.

“I learned from Ken Wise that coming up with an answer is only part of it. You have to really understand the problem and the details of why the answer is the way that it is.”

“Science and engineering are built on the next person leveraging the work from previous results. It’s teaching people to not just say, ‘it broke,’ but say why it stopped working, how you know, what you see, and how you got there.”

And, critical for the development of new life science tools, Rich said he learned how to think strategically and plan a technical development path.

“For my first thesis device, I tried to make things perfect and clean. But, when I started testing, I saw failure points. If I knew about those earlier, I wouldn’t have spent so much time on the details. You have to answer the right questions in the right order, determine what has high technical risk versus low technical risk, test, and learn from it.”

“The real world is nothing but group projects,” says Rich.

“Build the soft skills: how to lead, how to manage, how to follow, and active listening. The same skills that make project teams work well are essential to making companies work well.”

Rich believes in real world experience, as well as understanding yourself. That means you may or may not desire entrepreneurship, he continues.

“A big part of being an entrepreneur is tolerance for risk. You have to be willing to step out when other people are challenging you. You can’t say, ‘I don’t know’ and give up. You have to keep persevering until you find a solution.”

Rich has repeatedly persevered and taken on the risks required to advance science and technology. He has already made substantive improvements in healthcare with Accuri, and is betting on doing the same with Aquaro, OcuSciences, and Sonetics Ultrasound. Taking on such risk for the public good is a part of who he is.