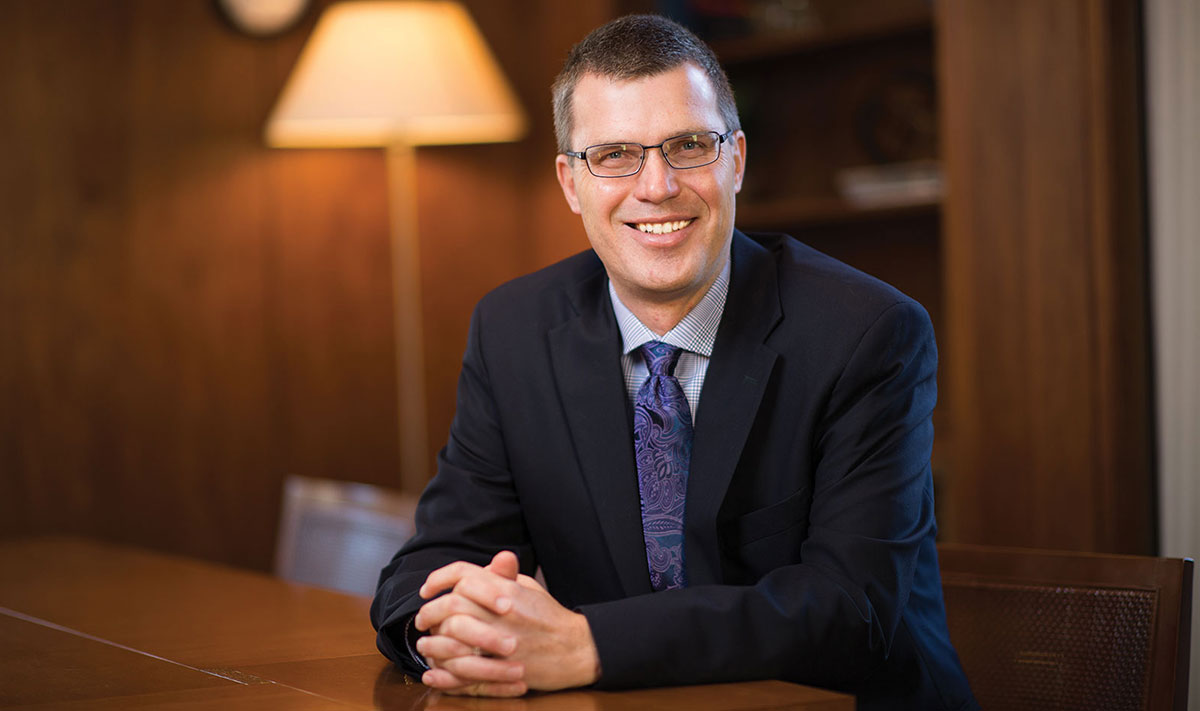 Editor’s Note: This piece was first published in The University Record and authored by Kim Broekhuizen of U-M Public Affairs.

Michael J. Solomon, professor of chemical engineering, has been appointed dean of the University of Michigan’s Rackham Graduate School and vice provost for academic affairs-graduate studies.

His five-year appointment, approved Thursday by the Board of Regents, is effective July 1.

Solomon has served as interim dean and vice provost since August 2017. He follows Carol A. Fierke, who was named provost and executive vice president at Texas A&M University in June 2017.

“Professor Solomon brings a diplomatic and collaborative approach to the work of the Rackham dean and vice provost roles. He will build on Rackham Graduate School’s national leadership in degree completion and diversity to innovate in ways that combine interdisciplinary education, experiential learning, and an expanded range of career opportunities in both master’s and doctoral education,” says U-M Provost Martin Philbert in recommending Solomon for the position.

“I am honored by the opportunity to lead Rackham Graduate School as it pursues its aim for excellence in graduate education in collaboration with faculty, students, staff, and alumni,” Solomon says. “The vibrancy of the research, scholarship, and educational activities of our university’s graduate programs and students is central to our national leadership and contribution to the public good.”

“I am honored by the opportunity to lead Rackham Graduate School as it pursues its aim for excellence in graduate education."Michael J. Solomon
Tweet

As interim dean, Solomon generated new giving that received the Bicentennial Match of the Victors for Michigan Campaign to support graduate education and students. He reconnected and engaged with the graduate school’s partners on campus; created systems within Rackham to advance new ideas and initiatives; and invested in the diversity, equity, and inclusion of Rackham students and staff.

As interim vice provost for academic affairs-graduate studies, Solomon collaborated across campus to create a supportive climate for graduate students, to engage the graduate student community around its values of free inquiry and intellectual exchange, and to address funding of doctoral education.

Solomon has received numerous faculty awards, including U-M’s Henry Russel Award in 2003, Faculty Recognition Award in 2008, and the College of Engineering’s Education Excellence Award in 2010. In 2016, he was elected a fellow of the American Association for the Advancement of Science.

He was a Rotary Foundation International Fellow in economics at the Université d’Aix-Marseille II, Aix-en-Provence, France from 1990 to 1991.

Solomon’s research interests are in the area of complex fluids—soft materials with properties intermediate between fluids and solids. His research group has developed and applied 3-D confocal microscopy methods to study the soft matter phenomena of self-assembly, gelation, and the biomechanics of bacterial biofilms.

His teaching interests have included development of undergraduate courses in polymer science and engineering, molecular engineering, and chemical engineering process economics, as well as graduate electives in nano and colloidal assembly and light scattering.