by EJ Olsen
Michigan Engineering
June 21, 2018
Dr. Tuija Pulkkinen has been named the new chair of the Climate and Space Sciences and Engineering Department (CLaSP) at the University of Michigan effective September 1st, 2018. | Medium Read
Enlarge 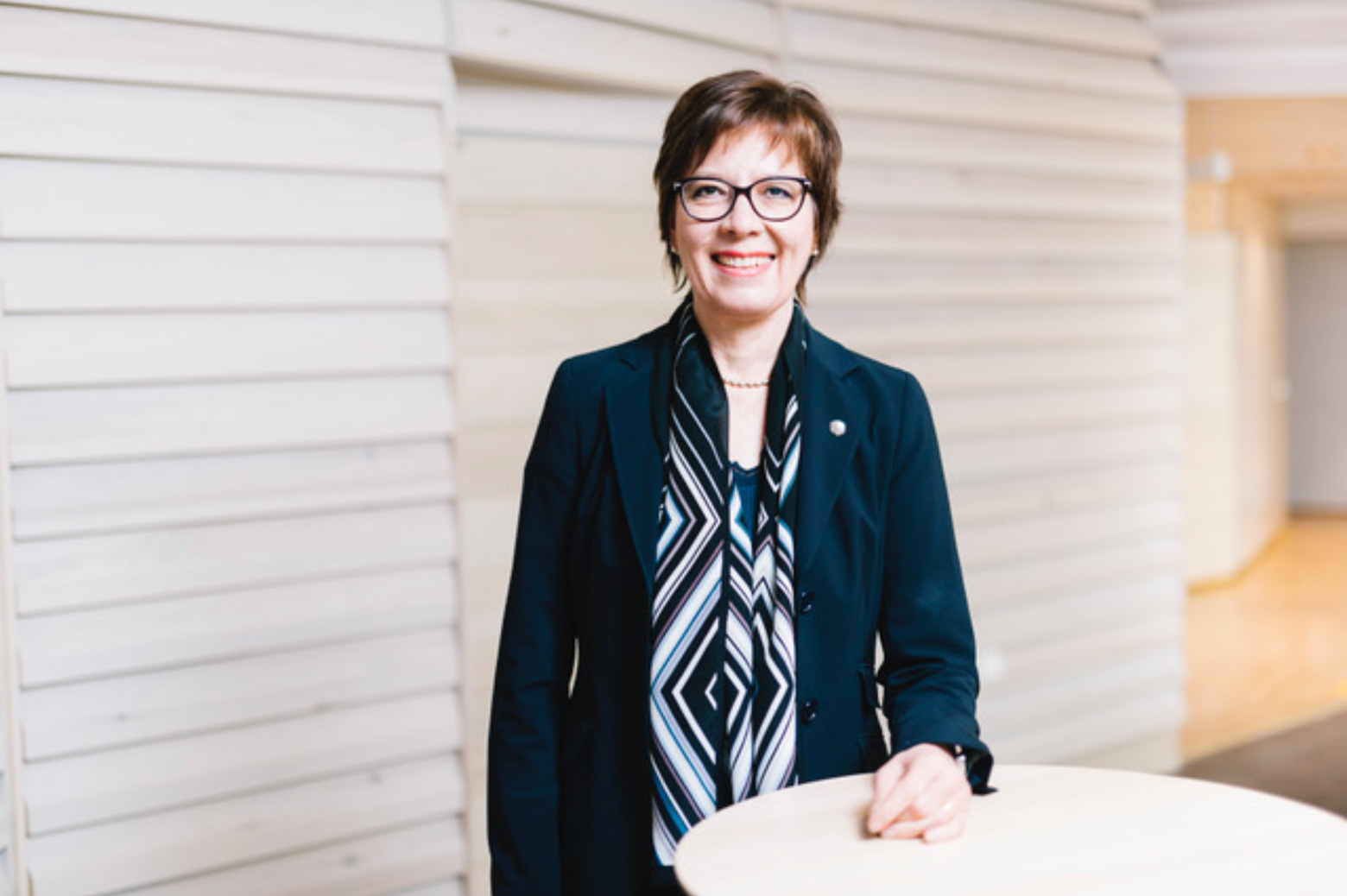 Dr. Tuija Pulkkinen, vice president for research and innovation at Aalto University, Espoo, Finland, has been named chair of the Climate and Space Sciences and Engineering Department (CLaSP) at the University of Michigan effective September 1st, 2018. Dr. Pulkkinen succeeds Professor James A. Slavin, who has served as chair since 2011.

“Dr. Pulkkinen is an internationally recognized scholar who will bring bold vision and significant administrative experience into her role as chair,” said Alec D. Gallimore, the Robert J. Vlasic Dean of Engineering. “I look forward to her building on the CLaSP foundation toward a goal of preeminence.”

Dr. Pulkkinen is a theoretical physicist and brings with her a deep interest in the dynamics of the Earth’s magnetosphere and its interaction with the solar wind. Her primary focus is the energy flow from the solar wind to the near-Earth space environment and the energy dissipation processes in the magnetosphere.

She has served as vice president for research and innovation at Aalto University since 2014. From 2011-2014 she was dean of the University’s School of Electrical Engineering. Previously, she had a long and distinguished career at the Finnish Meteorological Institute, which included heading their Space Research Programme and Earth Observation Programme.

In 2017 she received the European Geosciences Union (EGU) Julius Bartels Medal for key contributions in solar-terrestrial science, scientific management, academic leadership, and services to the space community. She is a past president of the EGU. In 2014 she was elected to the U.S. National Academy of Sciences as a Foreign Associate. She is a member of Academia Europa, the Finnish Academy of Sciences and Letters, and the Royal Astronomical Society. She is the recipient of a NASA Group Achievement Award, as well as the James B. Macelwane Medal and Fellowship of the American Geophysical Union.

In recent years, she has been active in developing global space environment simulation tools especially concentrating on quantitative analysis of the simulation results. She has published over 220 peer-reviewed articles.