EECS: Electrical and Computer Engineering
May 13, 2018
A team of undergraduates across majors, called Project Music, collaborated to design and build musical instruments. Recently, the team crafted a bass guitar made partially of LEGOS. | Short Read
Enlarge 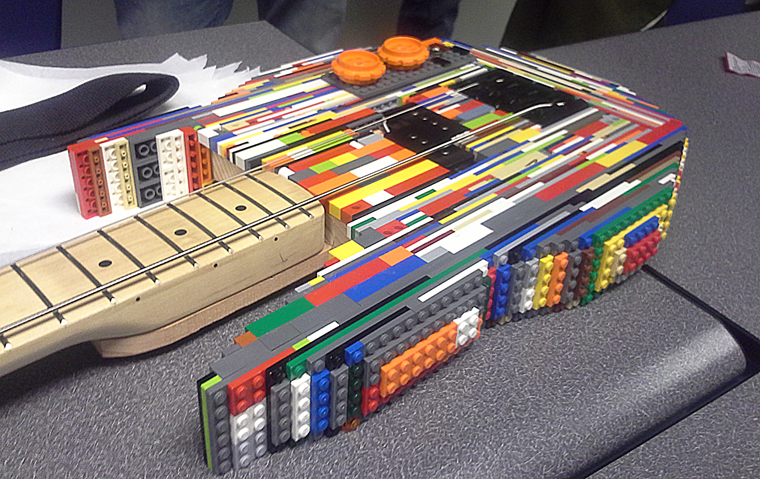 ECE undergrads Sophia Mehdizadeh and Kiran Thawardas helped lead a rising interdisciplinary student design team, Project Music, through its first year of active recruiting in the College of Engineering. This team designs and builds their own unique musical instruments, and gives its members the chance to make music together.

The group recently finished their debut project, a completely playable electric bass made partly of LEGOs. EE students in the group were responsible for building the circuit, which consisted of the pickups, potentiometers (volume and tone knobs), and the output jack. The instrument ended up working well enough for team members to play at several shows with their band, the Late Night Randalls.

The design of the bass was done by John McInerney, a recent Stamps graduate who had a major focus on LEGO in the art school.

Now the group looks ahead to next year’s project, an electric violin designed completely from scratch. Current members of Project Music have already begun modeling and design work on the structure of the instrument, which will be built almost entirely from acrylic and be constructed with laser cutting and heat molding.

Sophia, vice president of the group’s build team, says this next project will be much more elaborate and involve significantly more hardware and software components than their LEGO bass.

“An electric violin like this has never been created before, and our design is creative and unconventional,” says Kiran, the group’s president.

The team hopes to take the finished violin to the Guthman Musical Instrument Competition at Georgia Tech. This annual event is aimed at identifying the world’s next generation of musical instruments and unveiling the best new ideas in musicality, design, and engineering.

“This will be the first design team of its kind at the University of Michigan where engineers interested in the arts have a place to create something that has never been made before,” Kiran says. “This project will show how artistic creativity and engineering go hand in hand.” 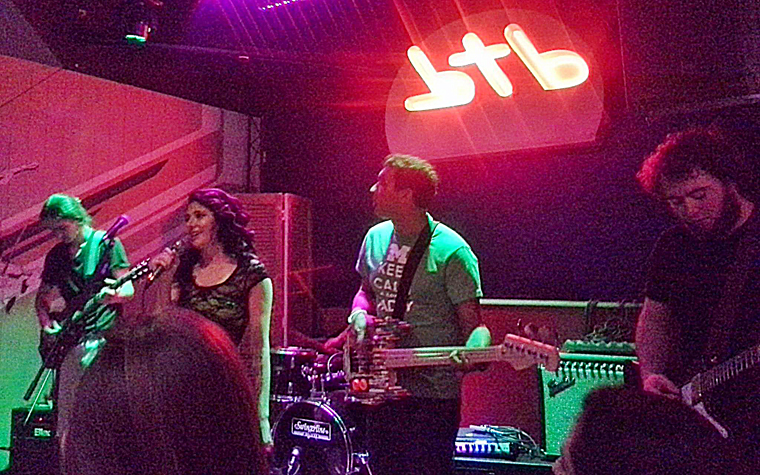