EECS: Computer Science and Engineering
May 16, 2018
Inspired by a class on managing professional relationships, five recent University of Michigan graduates are developing an app that would mesh with Alexa to help nudge people when they're out of sync with what they want. | Medium Read
Enlarge 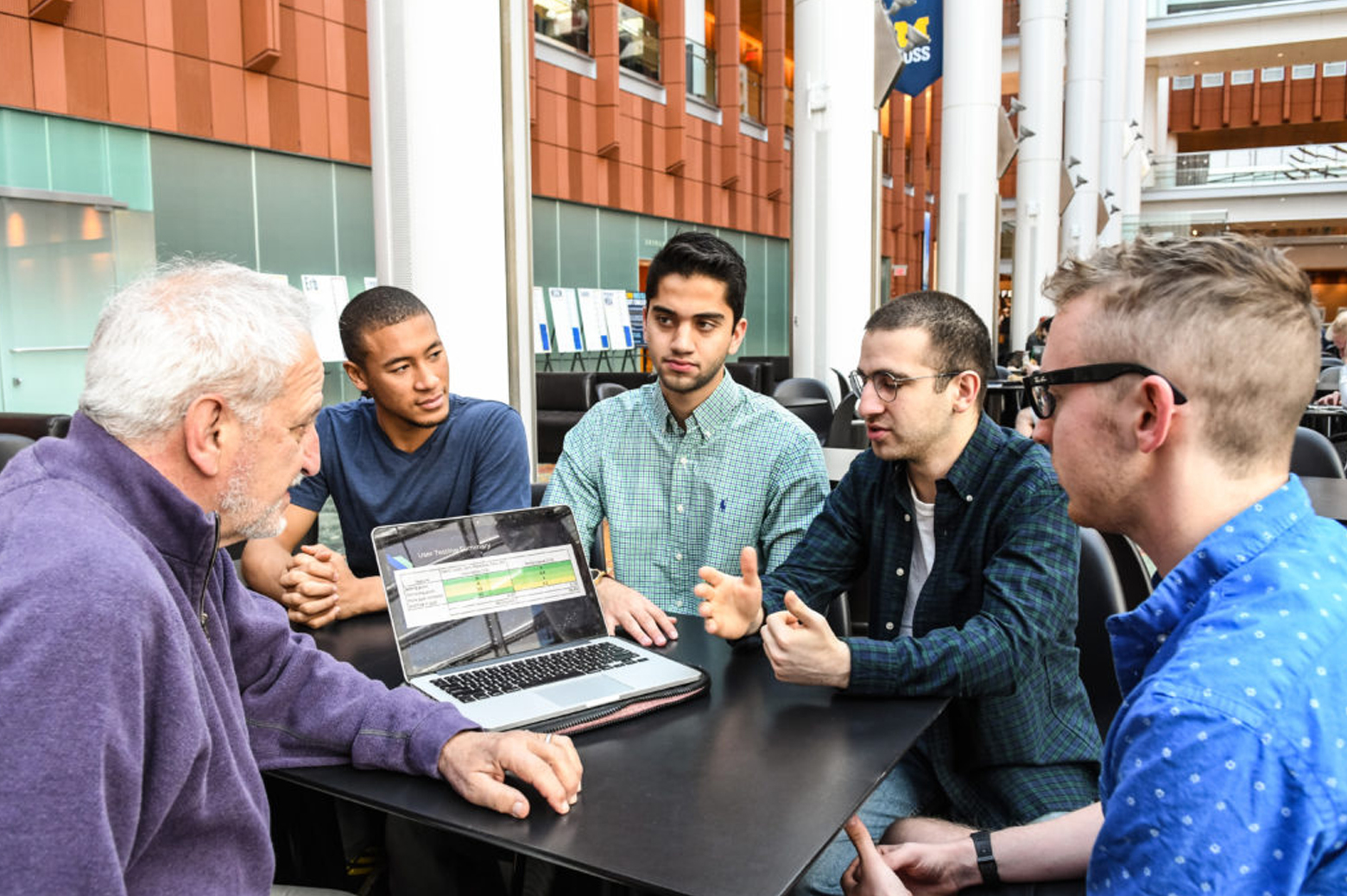 IMAGE:  Students Tristan Neeb, Aklavya Kashyap, Shayan Shafii and Sean Dew talk about next steps with their instructor, Robert Pasick of the Ross School, on the goal tracking voice assistant they created for use with Amazon’s Alexa. Image credit: Randy Maschaka

Inspired by a class on managing professional relationships, five recent University of Michigan graduates are developing an app that would mesh with Alexa to help nudge people when they’re out of sync with what they want.

The app, or skill as Amazon calls it, has a tentative name—Iris—and is an intention tracking voice assistant for use with Alexa-enabled devices. The team is working on a longer name to comply with the online retailer’s policy. They expect the skill to be available soon.

Students Tristan Neeb, who earned his finance degree from the Ross School this spring, and Sean Dew, who graduated with a dual major in economics and sustainable business, both worked closely with Rob Pasick, a lecturer at the Ross School, who teaches the course that delves into self-awareness.

Pasick recruited Aklavya Kashyap, Reid Ovis and Shayan Shafii, who graduated with degrees in computer science this spring. He pitched the idea during their class on mobile app development for entrepreneurs taught by Elliot Soloway, Arthur F. Thurnau Professor and professor of electrical engineering and computer science. 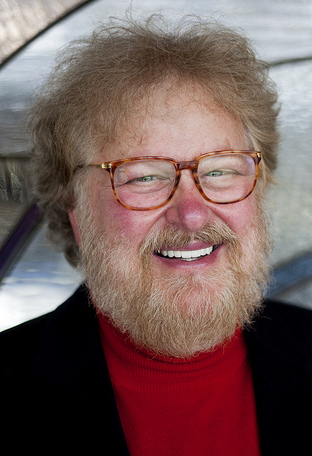 Pasick’s course helps students understand how to create and manage high-quality professional relationships. And much of that understanding comes from self-awareness, he said. His book, “Self-Aware: a Guide for Success in Work and Life,” and a companion journal guide the coursework.

Neeb, who had a busy school schedule and ice hockey practice every evening, said an app like Iris should be on every college student’s list of must-haves.

“Looking back, if I had better time management in my freshman year things would have been easier,” Neeb said. “The lessons and skills learned from the course helped me decide what I truly wanted out of my career and my employer.”

Kashyap said that the team initially wanted the application to be a conversational persona, that could motivate and reach out to users. But they realized that this was too broad a task, given the time period.

“We created a voice assistant that provides a structure for setting goals and tracking performance with consistency. It can set, organize and prioritize goals, update users on metrics, and send them texts to remind them of their goals all through Amazon Alexa,” Kashyap said.

Shafii, who majored in business and computer science, said that he used to think about success as something largely dictated by composure and intelligence.

“I’ve come to find that the most important thing is going about your day very deliberately,” he said. “My best days were the ones where I knew in advance what I was going to do every hour of the day.”

Besides learning the importance of sustained determination, Dew said that college students—the targeted audience for the skill—often get so caught up in their classes and busy schedules that life can go by in a whirl of activity.

“Focusing on what you’re doing and who you are becoming is vital,” Dew said.