Bendable concrete, with a design inspired by seashells, can make US infrastructure safer and more durable 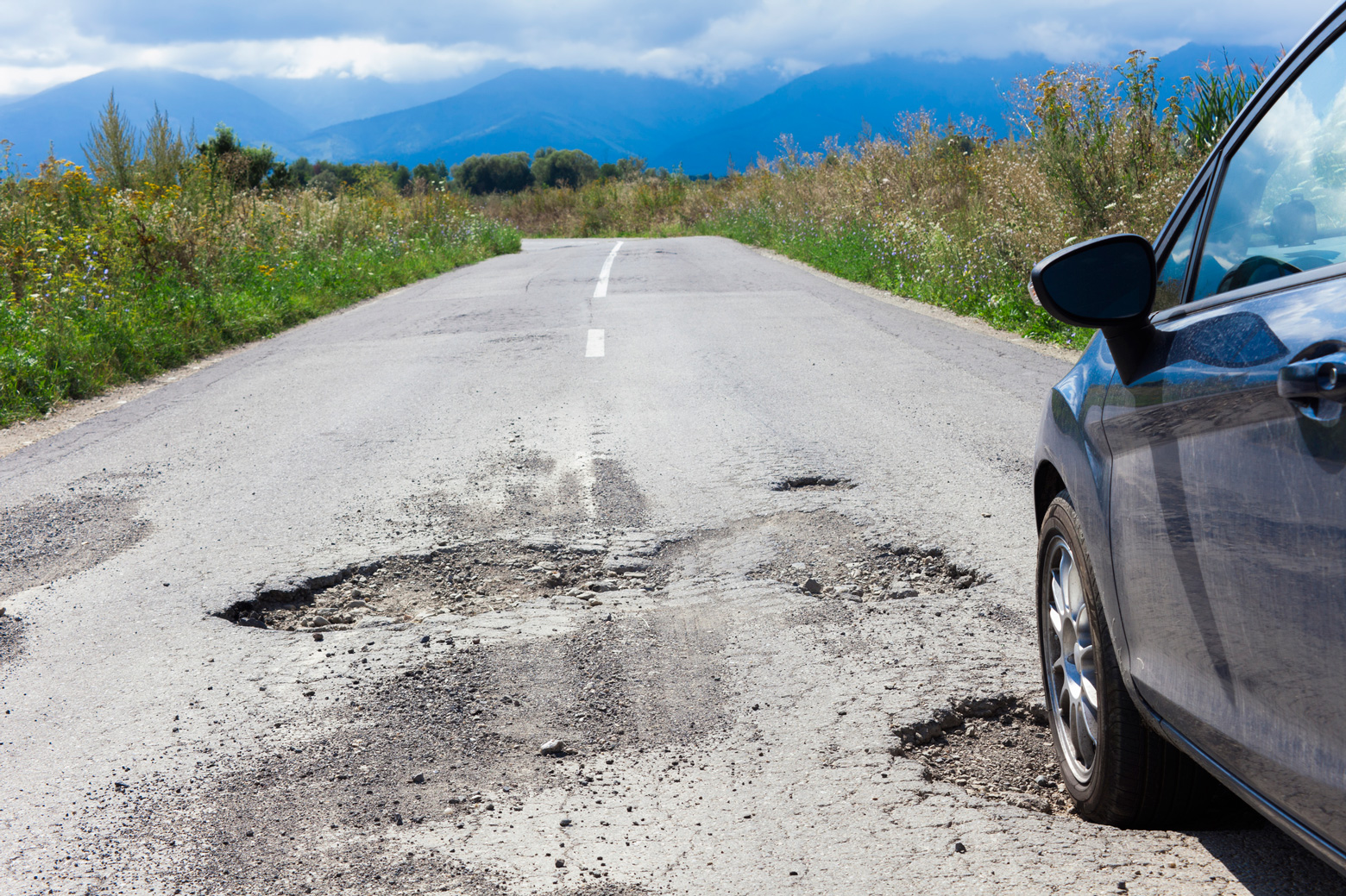 Spring construction season is underway, and many tons of concrete will be used in the coming months. Unfortunately, concrete is a brittle material: Placed under stress, it cannot bend very far before it fractures. Some pavements that are being poured now will crack within a few years and require expensive repairs. New concrete will be mixed, and the cycle will start again.

But a better solution is in view. My laboratory at the University of Michigan, along with many other laboratories around the world, has shown it is possible to make concrete more ductile – that is, bendable without fracturing. Bendable concrete makes infrastructure safer, extends its service life and reduces maintenance costs and resource use. 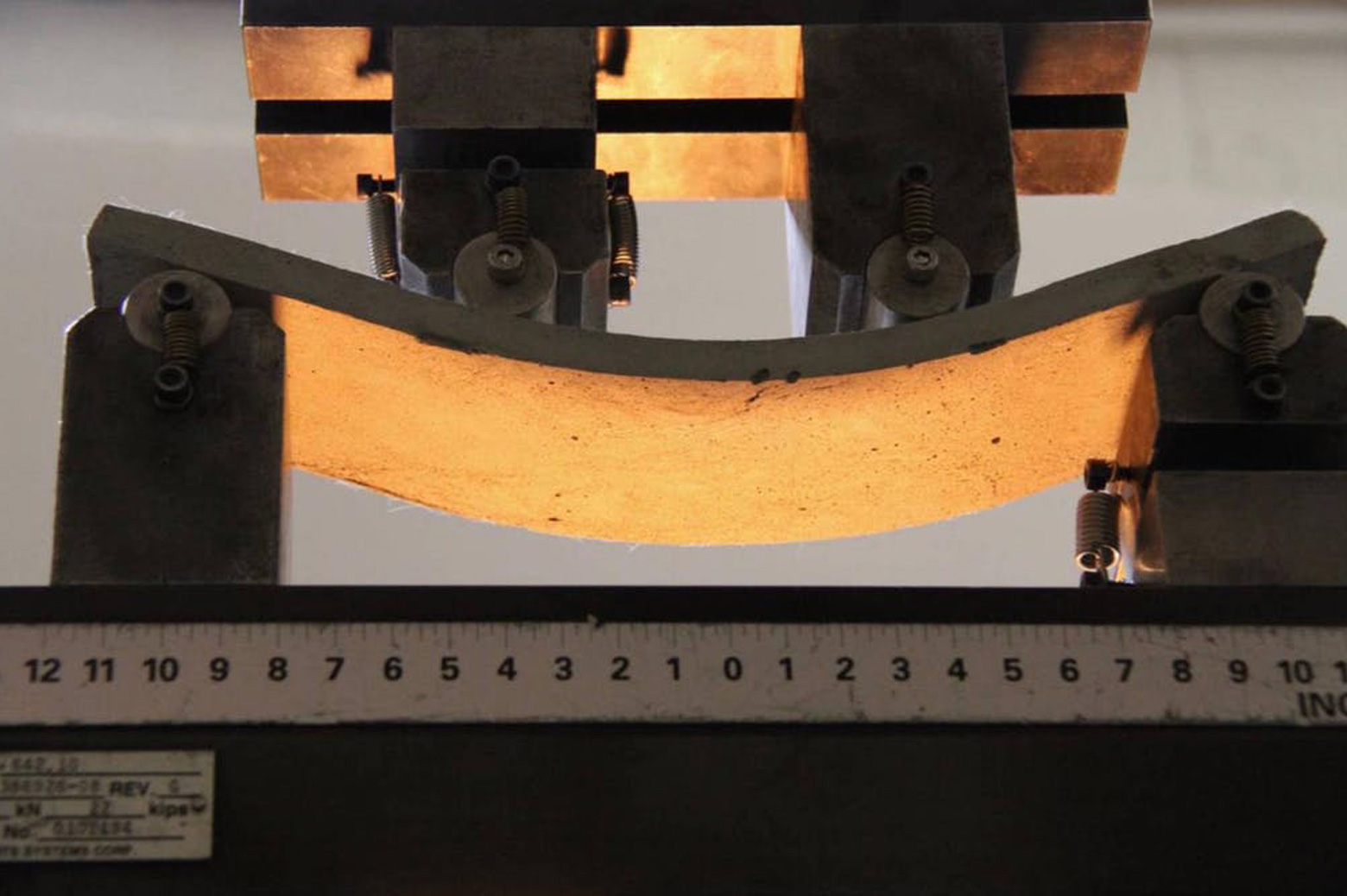 The social costs of brittle concrete

Civil infrastructure very rarely fails because it lacks compressive strength – the ability to bear loads that push it together, as when columns support the weight of a building. Most failures occur because structures do not have enough capacity to carry tensile load – the ability to deform or stretch without rupturing – even though steel reinforcements often are added to concrete to prevent catastrophic structural failure.

Many serious concerns about the woeful state of U.S. infrastructure can be traced back to concrete’s brittleness. Cracks in concrete can reduce a structure’s usable life. They also weaken it and make it less resilient against natural forces, such as earthquakes or tornadoes, or man-made forces, such as bomb blasts in terrorist attacks.

For example, 52 people died in the 1989 Loma Prieta earthquake in Northern California due to building and freeway collapses. Major freeways also sustained heavy damage in the 1994 Northridge earthquake in Los Angeles, including one that had been rebuilt after a quake in 1971. If the quake had occurred during a weekday rush hour, rather than at 4:30 a.m. on a Monday holiday, the results could have been catastrophic. 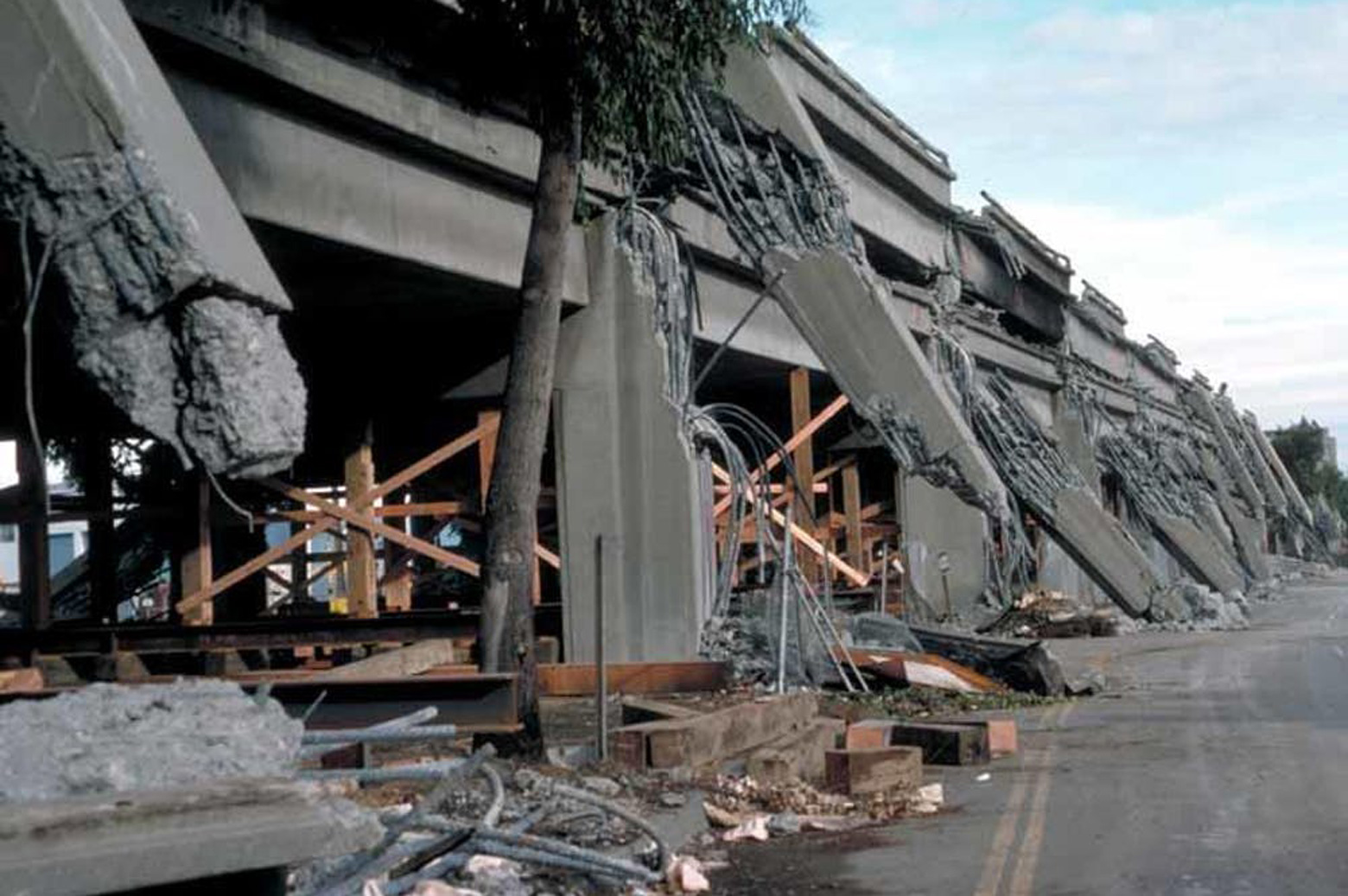 Repeated infrastructure repairs and rebuilds use enormous quantities of materials and energy. Studies have shown that the carbon and energy footprints of frequent repair events, and the social and economic costs they generate, far exceed those associated with initial construction. We all pay these costs in time stuck in traffic jams, higher taxes and polluted air.

To develop ductile concrete, our laboratory borrowed ideas from nacre, also known as mother of pearl – the iridescent material on the inside of abalone shells. 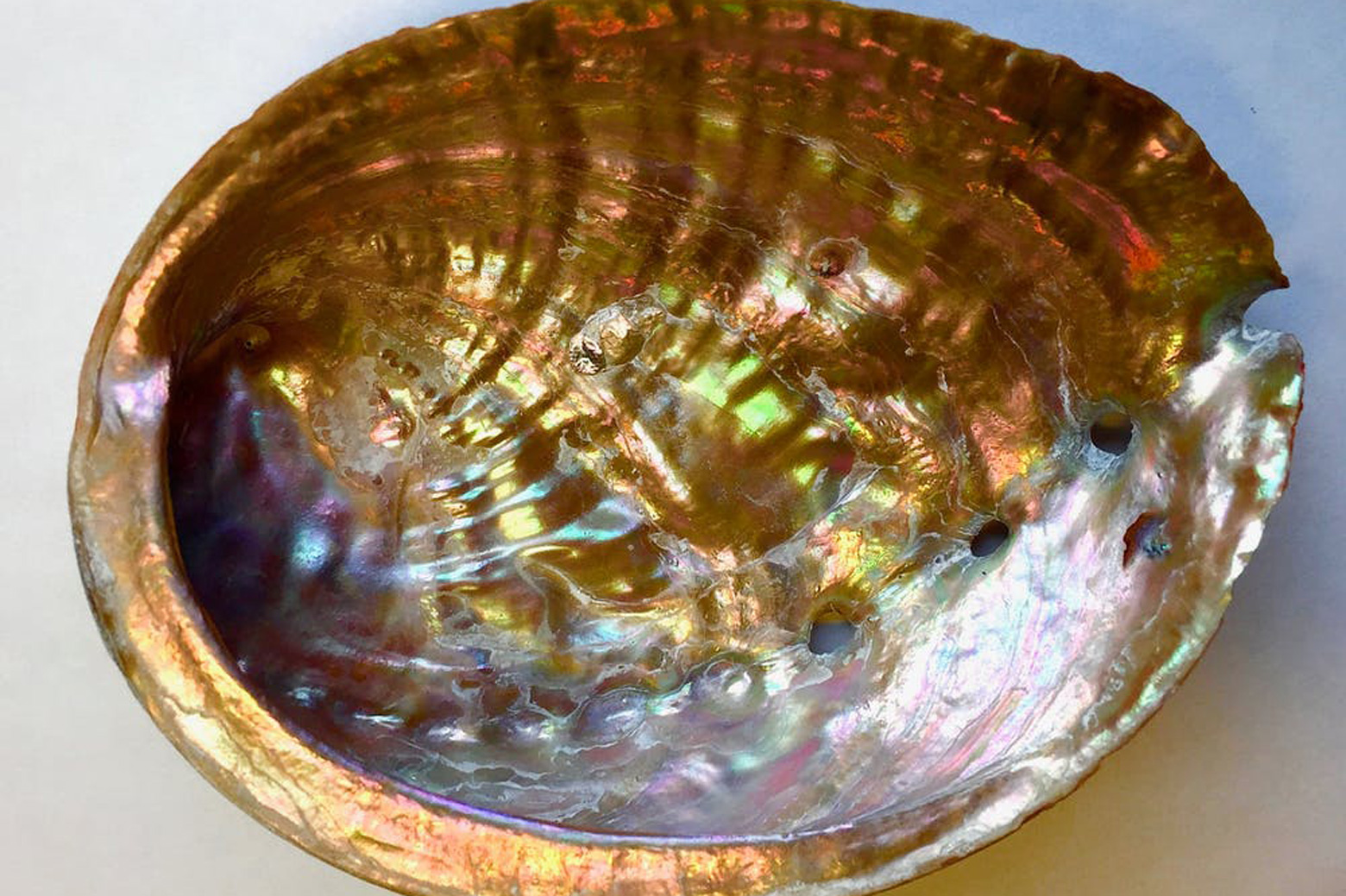 IMAGE:  Nacre, the coating on the inside of abalone shells, is highly ductile, allowing the shell to resist impacts without fracturing. It protects abalone from sea otters that try to break shells open by banging them on rocks. Victor Li, CC BY-ND

Mollusks make nacre from aragonite, a natural form of calcium carbonate, which by itself is extremely brittle. But nacre is ductile because of its architecture at the nanoscale, which looks like a brick wall. The “bricks” are thin layers of aragonite platelets, and the “mortar” between them is a natural polymer that is very elastic. The polymer holds the rigid aragonite layers together, but allows them to slip from side to side under stress. This structure makes nacre both strong and flexible.

We call the resulting ductile concrete engineered cementitious composite (ECC) or strain-hardening cementitious composite. It can deform up to 3 to 5 percent in tension before it fails, which gives it 300 to 500 times more tensile strain capacity than normal concrete. This allows a slab of it to undergo a lot of bending without fracturing into pieces, earning it the nickname of flexible or bendable concrete.Concrete is a composite mixture that normally consists of gravel and sand particles bound together with cement. To design ductile concrete, we imitated nacre’s “give” by dispersing tiny fibers inside the composite. When properly controlled, the interfaces between fibers and cement recreate the controlled slippages in nacre. 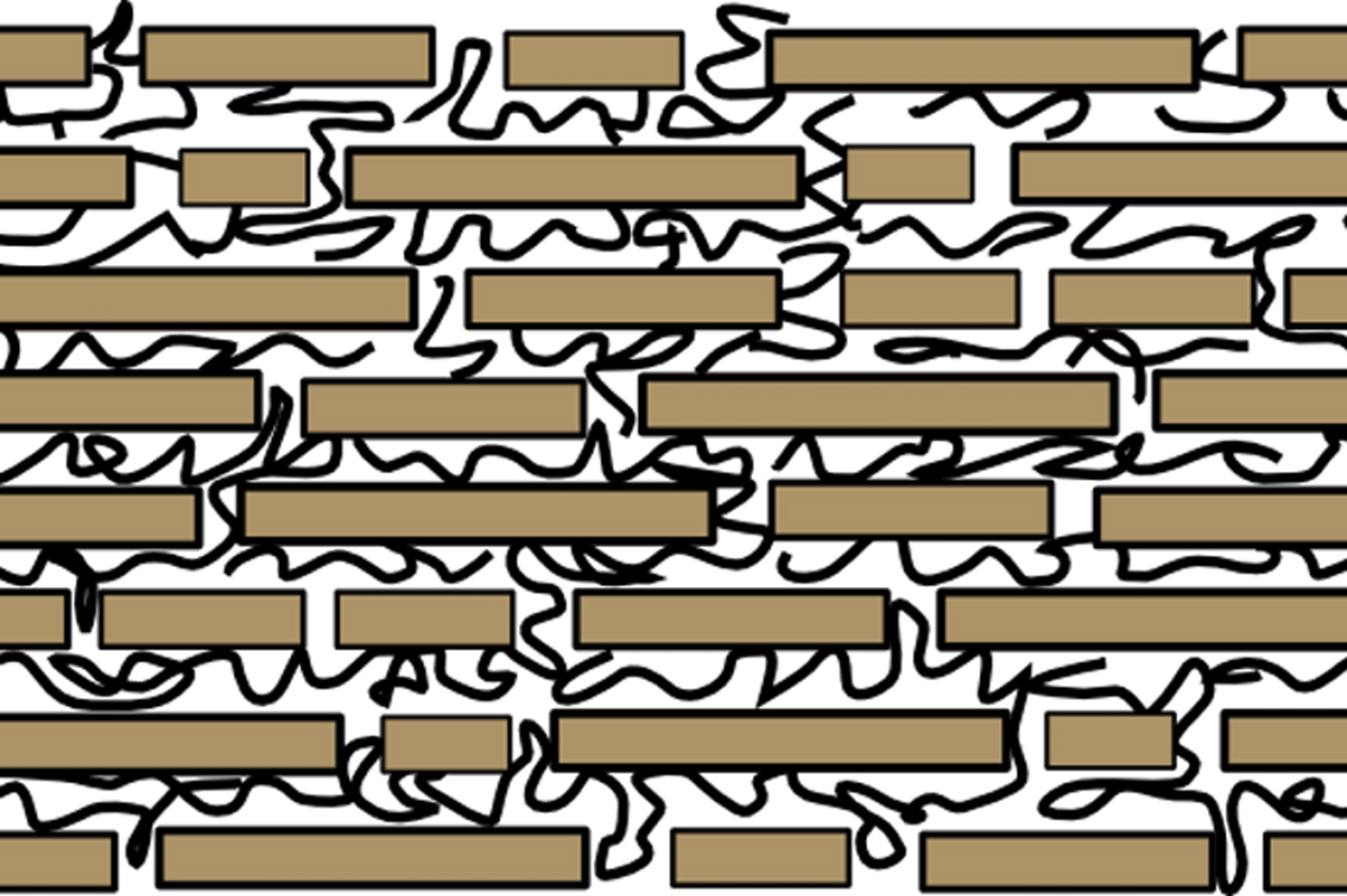 IMAGE:  Schematic of the microscopic structure of nacre, with rigid places of aragonite separated by layers of a flexible polymer. Kebes, CC BY-SA

ECC was invented at the University of Michigan, and it has now acquired a following of hundreds of universities and industrial entities conducting further engineering research and technology development.

Experimental evidence and our theoretical calculations show that it is possible to extend the time it takes for chloride from road salt on a bridge deck surface to reach and corrode reinforcing steel from years to tens of years. A number of projects, ranging from patch repair to link slabs on bridge decks that dramatically extend service life, have taken advantage of this fracture suppressing ability. 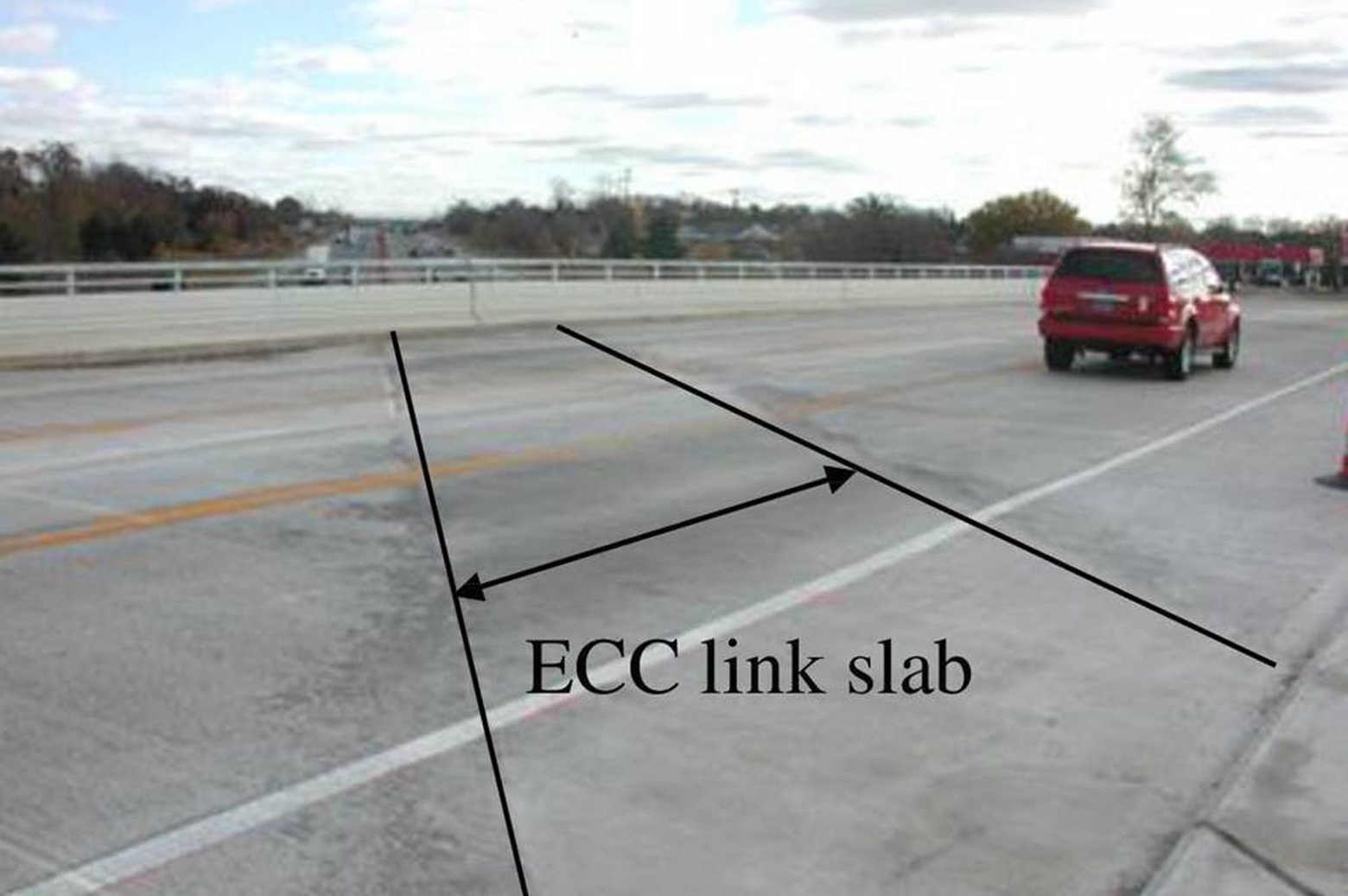 IMAGE:  This ECC link slab, which replaced a conventional expansion joint on a Michigan bridge deck, has lasted over a decade without repair or maintenance. Victor Li, CC BY-ND

Bendable concrete also enables structural elements to absorb a lot of energy. For example, manufacturers have developed ECC dampers to retrofit the 28 kilometer Seisho Bypass viaduct along Japan’s eastern seaboard and to help make new tall buildings more resilient during earthquakes, including several in Tokyo and Osaka. Flexible concrete has many other potential large-scale industrial applications, including water infrastructure and underground construction.

Widespread use of ECC will require a good supply chain and intelligent use of the material to optimize cost economics. The most significant obstacle is the fact that ECC is still relatively novel to structural engineers, who are trained to assume that concrete cannot withstand tension.

How bendable concrete can heal itself

Our concrete composite can also learn new tricks. For example, when it is damaged, the hairline cracks that form can undergo healing just through exposure to water and air. Self-generating reactions create healing products through continued hydration and carbon mineralization, binding crack surfaces together in much the same way that our skin heals from a paper cut. Self-healing concrete can make structures such as roads and bridges more durable.

Bendable concrete also can adjust its own thermal capacity, so that it stores more heat when the outside temperature is high, keeping building interiors cool. Encapsulated micron-sized wax-like materials within the concrete change from solid to liquid form, like tiny ice cubes melting into water, when temperatures reach levels that are uncomfortable for humans.

We are currently teaching ECC to neutralize pollutants, thereby helping to maintain clean air in urban environments. Embedded nano-titanium particles in the composite break down pollutants into harmless substance via reactions catalyzed by sunlight.

These autonomous and adaptive functional features can contribute to the development of future smart cities with infrastructure that responds to environmental changes. Our goal is to create a new generation of smart, bendable concrete that will help build and maintain a resilient, sustainable and healthy living environment.

Editor’s note: This article has been updated with the correct year for the Loma Prieta earthquake. 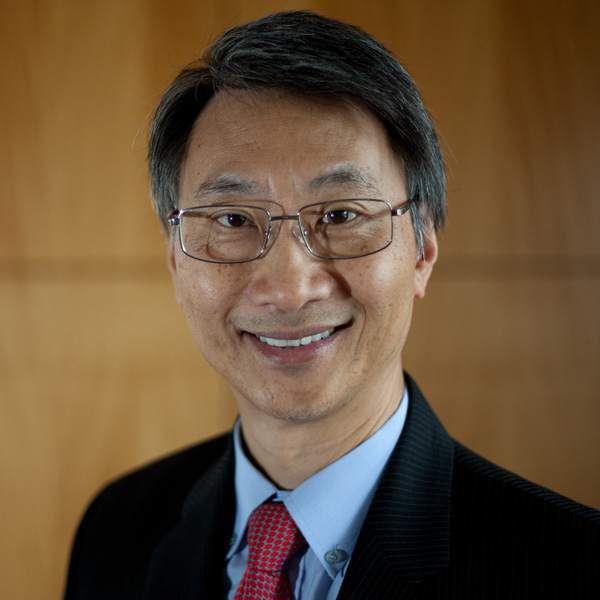