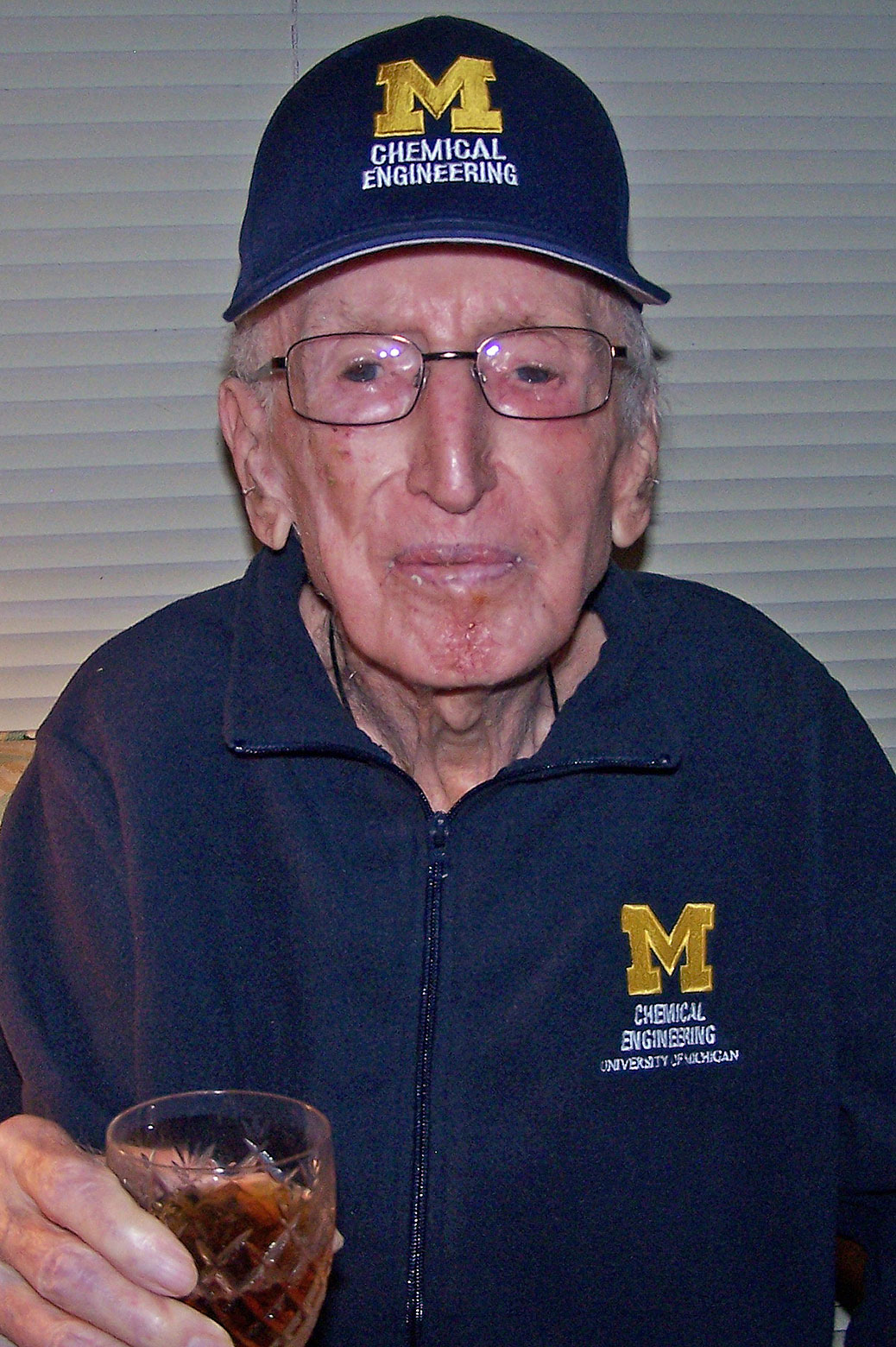 On December 13, 2017 Hugh O. McCormick (BSE ’39) reached a milestone—he turned 100! He speaks of the University of Michigan with obvious pride, and frequently refers to George Granger Brown, his favorite professor, as having left a lasting impression on him.

Following graduation, Hugh accepted a position with the Ford Motor Company. During WWII, Hugh joined the Navy with the intention of becoming a Naval pilot. Although he flew as a civilian, Hugh was unable to meet all the exacting vision requirements for prospective Navy aviators. As a result, and in part because of the excellent engineering education he received at Michigan, Hugh served as an Ordnance Officer, reaching the rank of Lieutenant Commander. Following the war, Hugh returned to Ford, where his career spanned some 40 years.

During the war years Hugh married the love of his life, Lois McGucken, of Tampa, Florida. Together they raised three sons, each of whom has been successful in his own right. When Lois passed in 2000, she and Hugh had been married 54 years!

In 1975, Hugh and Lois purchased a beachfront condo in Bellaire Beach, Florida. Upon retirement from Ford, this became the McCormick family residence.

Hugh lives independently and still bleeds blue and maize. The University of Michigan is not just his alma mater…it is the foundation for his life and career.