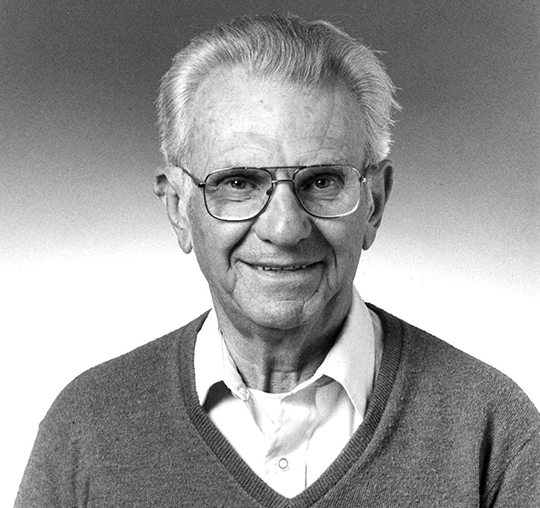 Marlin P. Ristenbatt, research scientist emeritus in the Department of Electrical Engineering and Computer Science, passed away March 2, 2018, at the age of 89. Since retiring in 1998, following a long and productive career as a teacher and researcher, he has remained closely affiliated with the Department.

Dr. Ristenbatt taught numerous EECS courses over a period of many years, including two senior level courses which he developed: “Digital Communication Systems and Signals” and “Microwave and Fiber Optic Communication Systems.” He was also an active participant in the Engineering Summer Conferences.

Marlin was known for his passionate promotion of Electrical Engineering and in 1985 was awarded the IEEE/USAB Citation of Honor for “outstanding contribution towards achieving recognition of national professional activities.” He was also devoted to developing the careers of young engineers, and in 1997 received the United States Activities Board Citation of Honor from the IEEE “for his 20 years of work in the areas of career maintenance and development for U.S. engineers, including his leadership of the project to create the document IEEE-USA Guidelines for Professional Employment.”

The Department salutes Marlin Ristenbatt and thanks him for all that he contributed to the department and the discipline.