by Nicole Frawley-Panyard
Naval Architecture & Marine Engineering
March 6, 2018
Professor Troesch's NA 340 Marine Dynamics class recently held a friendly competition. The goal: Choose a ball. Set it on a moving track. Figure out how to keep it there longer than your peers. | Medium Read
Photo Gallery

Professor Troesch wasn’t certain whether his students sleep deprived and eager for Spring Break, would give his new Rolling Ball Competition the attention he hoped, but with pride on the line, he needn’t have worried.

In teams of three, they were set with the task of displacing a ball on an air track to a predetermined starting position. The winning team would be the one that calculated the largest deflection of the cart such that the rolling ball stayed on the channel through more than 2.0 oscillations. Basically, who could move the track the furthest from rest while keeping the ball from falling for the most oscillations?

First, they’d need to choose from an array of spheres; each of different weight, material, and diameter. 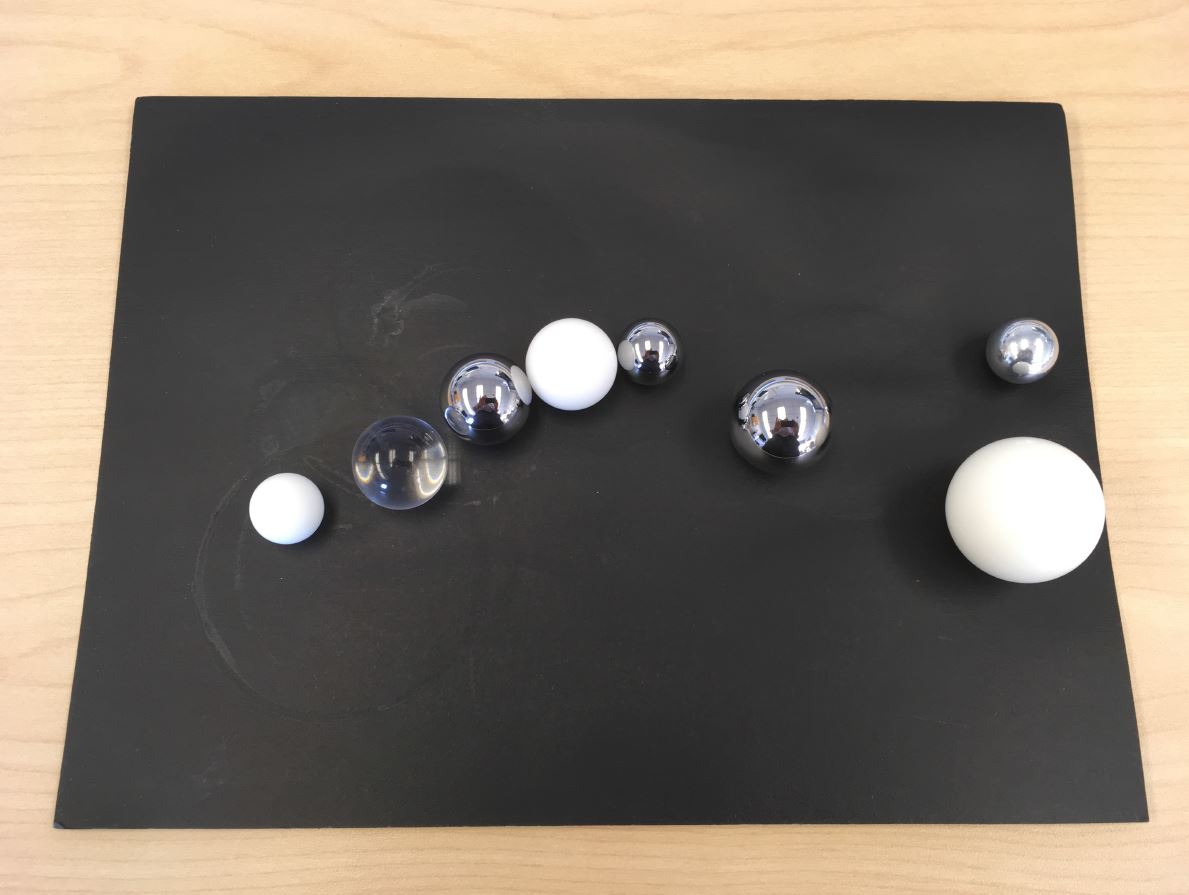 IMAGE:  Students were able to choose the size, material and weight of their ball.

From there, it was time for some calculations.  They’d need to take into account the weight and the natural period of the cart and channel, where to place the ball, the physical properties of their chosen ball, and more. Then, it was time to turn theory into practice.

It turns out that predicting the motion of free bodies from rest isn’t a simple task and some teams were able to do so more adeptly than others. But with ten minutes to make adjustments to their original hypotheses, all the teams were able to successfully keep the ball on the air track for the required 2.0 oscillations. 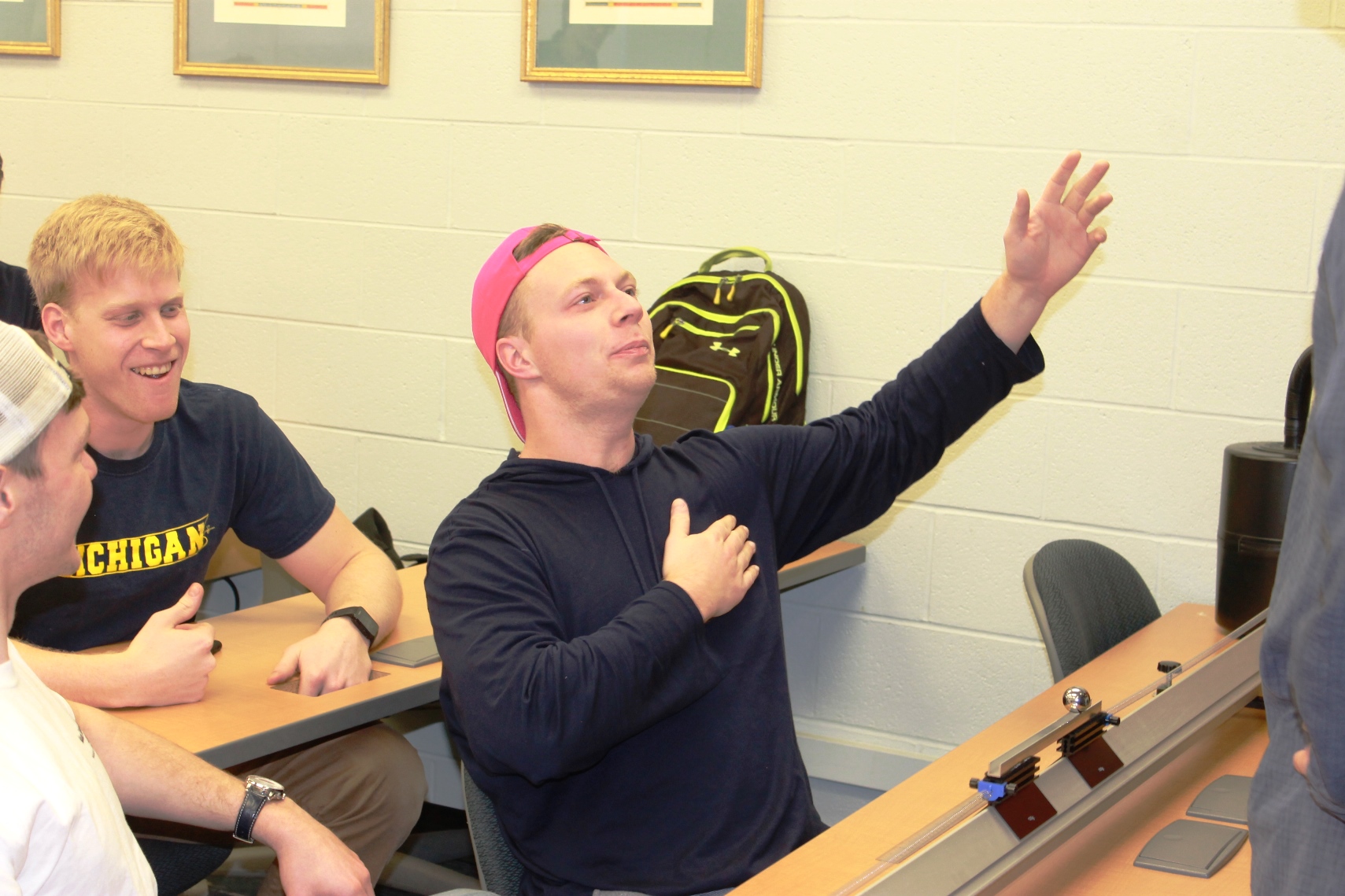 “The enthusiasm and collaboration are what I like to see,” says Professor Troesch. “At the end of the day, they’ve gained some practical experience and improved their logic skills as well. Besides, it’s nice to let them get their hands on something real. The value of practical experience is invaluable to our students. I want them to have the opportunity improve their observational skills by encountering complex dynamical systems first-hand.”

So, who won? As with most scientific experiments, it’s unclear. Certain teams displaced the track further than others but managed fewer oscillations. And later teams had the benefit of the accumulated experience of the others.

According to Professor Troesch, the value was always in the journey or put more succinctly, “They all won.”

So what’s next for Professor Troesch’s class?

“I have this idea about balloons in the downstairs hallway,” he says with a wry grin. We’ll keep you posted.

Equipment was bought and provided by the ABS Professorship funds. 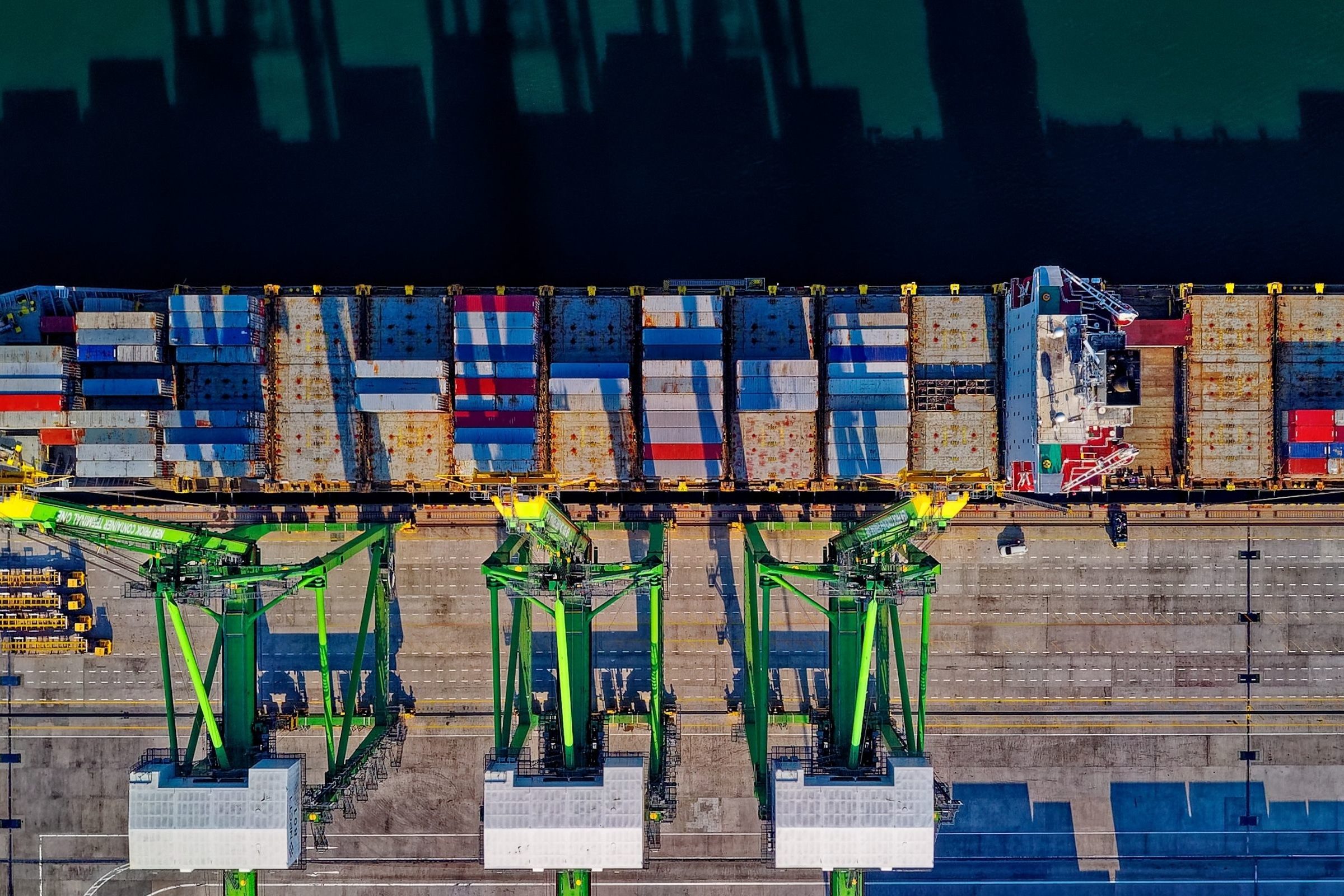 The University of Michigan announced today that it was awarded $3.9 million in funding from the U.S. Department of Energy’s Advanced Research Projects Agency-Energy (ARPA-E). The funding will be used to harvest hydrokinetic energy using reconfigurable high-efficiency marine micro-turbines.| Short Read
Researchers