CEE Alumna, Xiaolu Zhao, is Having a Global Impact on Climate Change

As the largest greenhouse gas (GHG) emitter in the world, China has now emerged as the world’s leader in combating climate change. In December 2017, the country formally announced its national carbon market, a greenhouse gas emission trading system. A carbon market involves setting a limit on carbon emissions, requiring polluting companies to buy credits from their less-polluting counterparts. It also enables a financial incentive for companies to become more responsible in their production processes to reduce GHG emission.

This monumental initiative was first announced in September of 2015 during a bilateral summit involving President Xi Jinping and former President Obama. The plan was an ambitious one. Compared to other carbon markets in the world, including the European Union, China’s market is the largest, despite only focusing on the power sector for now. It comprises 1,600 coal-fired power generating plants emitting 3.5 billion tons of carbon annually.

“Even if China only includes the power generation sector into the market at the beginning, this scale could change the entire investment analysis mindset through a shadow carbon price, and significantly shift Belt and Road countries toward low-carbon development through green finance,” says Xiaolu Zhao. Belt and Road countries refer to the EurAsian geographic corridor connected to China, or about one third of the World’s GDP.

This strategy of building a revolutionary carbon market began years earlier in 2013, with pilots in five cities and two provinces. Crucial information was gathered from each one of these pilot sites, which consisted of vastly different socioeconomic statuses. It is at this point that Xiaolu “Lulu” Zhao, a U-M Civil and Environmental Engineering alumna, began to focus her work on the Chinese carbon market. She was instrumental in setting up the pilots, initially from New York where she was working at the Environmental Defense Fund (EDF) and liaising with China. 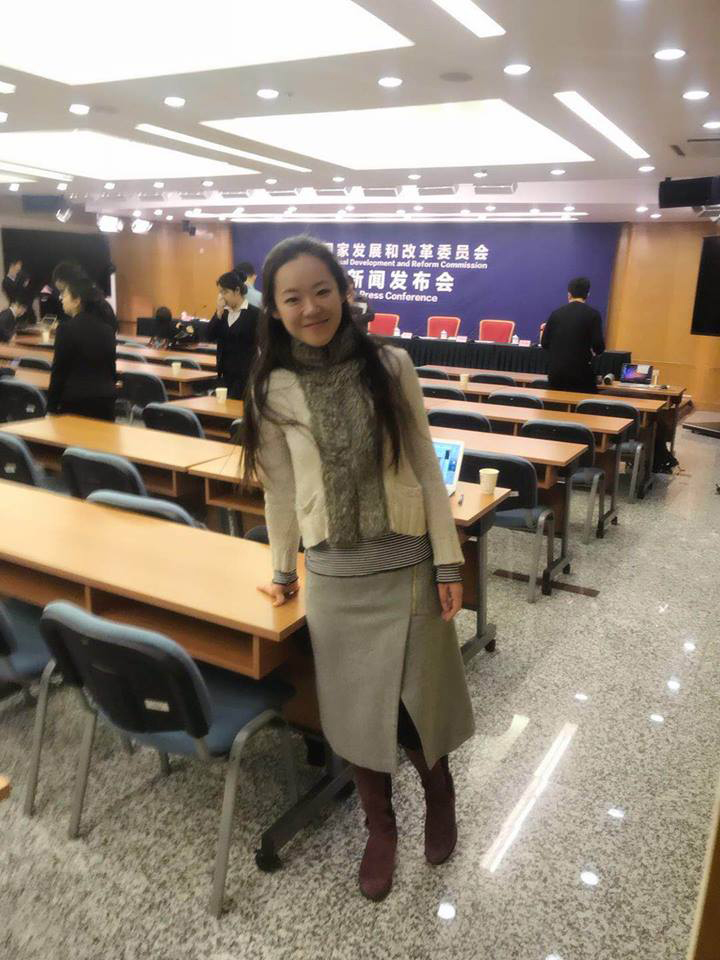 Xiaolu Zhao grew up in Beijing, China, a city heavily affected by the results of high carbon emissions. She received her undergraduate degree from Beijing Institute of Technology. She became interested in carbon market while studying at U-M Civil and Environmental Engineering. Motivated by her desire to contribute to improving the environmental condition of China, Zhao pursued an M.S.E degree in Environmental Engineering from the University of Michigan, graduating in 2011.

At UM, Xiaolu was part of the first cohort of EWRE students to partake in the Entrepreneurship Certificates program of the Center of Entrepreneurship. She took courses from Professor Peter Adriaens, whom she had known prior to coming to UM. Perhaps anticipating her future professional direction, she focused on a class term project in the carbon markets area, and was an early team member of Professor Adriaens’ environmental finance research group.

Currently, Zhao works as the program manager of the China Climate Initiative at the Environmental Defense Fund (EDF) in Beijing. The EDF is closely coordinating with the National Development and Reform Commission (NDRC) Department of Climate Change and the pilot carbon markets.

In her leadership role, she assists the government’s work and supports climate research projects. She pioneered the design and implementation of the carbon Emissions Trading Scheme (ETS) simulation tool, which is the first and only artificial intelligence (AI) – enabled system to provide people a first-hand experience with carbon market trading.

Zhao organizes round tables for experts, international study tours for policy makers and international events, such as the Conference of the Parties (COP) which introduced China’s progress to the world. The COP is the supreme decision-making body of the United Nations Framework Convention on Climate Change (UNFCC). She performs carbon market simulation training for key global stakeholders in government, research, and industry, building stronger support of the national carbon market.

China’s carbon market is currently undergoing a “soft-launch,” with an ambitious plan to build the market infrastructure over the next year, focusing on developing four main systems: data reporting, registry, trading, and the clearing system. After the processes are established, testing of spot allowance trading will start. The initial allowance allocation plan will include eleven different emissions baselines for power plants based on whether they run on coal or gas, and based on their size. 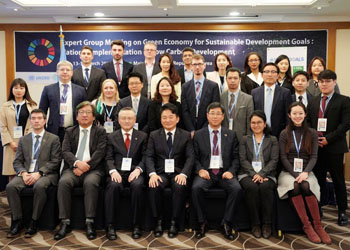 “By focusing on the power sector, the single largest source of emission, the program will be well positioned to penetrate into a variety of manufacturing and industrial sectors, as people see evidence that the carbon market is working,” says Zhao.

Once the preliminary allocation plan for the three major sectors (power, aluminum, and cement) is complete, the aim is to include more areas such as petrochemicals, chemicals, building materials, ferrous metals, steel, paper-making and aviation after 2020. However, Zhao believes the additional sectors could be added sooner than expected.

Environmental benefits of emissions trading systems include reduced ambient air pollution from power generation, such as NOx, Sox, PM10 and PM2.5. This improvement can lead to reduction of smog pollution and improve the population’s health. To facilitate this process, a fund will be created through an auction process, to support low carbon and sustainable energy projects. As a result of efforts like the one undertaken by Zhao, a significant rise can be seen in the deployment of cleaner energy sources, like wind, solar, and electric in China over the last few years.

China has a goal to generate 20 percent of its energy from renewables and peak its emissions by 2030. Though the carbon market may not produce a reduction in emissions immediately, it sends a signal to the world that China is serious about becoming a leader in helping our planet avoid a catastrophic climate change.

Professor Adriaens and Zhao recently had a chance to reunite in California where she was about to start an intense three-month global leadership development program at Singularity University, a Silicon Valley think tank. The two had some time to reflect on Zhao’s career path since graduating from UM-CEE. “You know, it all started with that class project.”, Zhao said. She continued: “On hindsight, it was probably overly simplistic. It took a career path from New York and San Francisco to Beijing to get to where I am. I get to co-develop what might be the most impactful global carbon emissions program, meet with global leaders, and am invited to talk at Harvard and European universities.”

Civil and Environmental Engineering alumni are playing key leadership roles in financing for sustainability and making an impact globally.