Off-roading in sand and snow with Shivani Shah 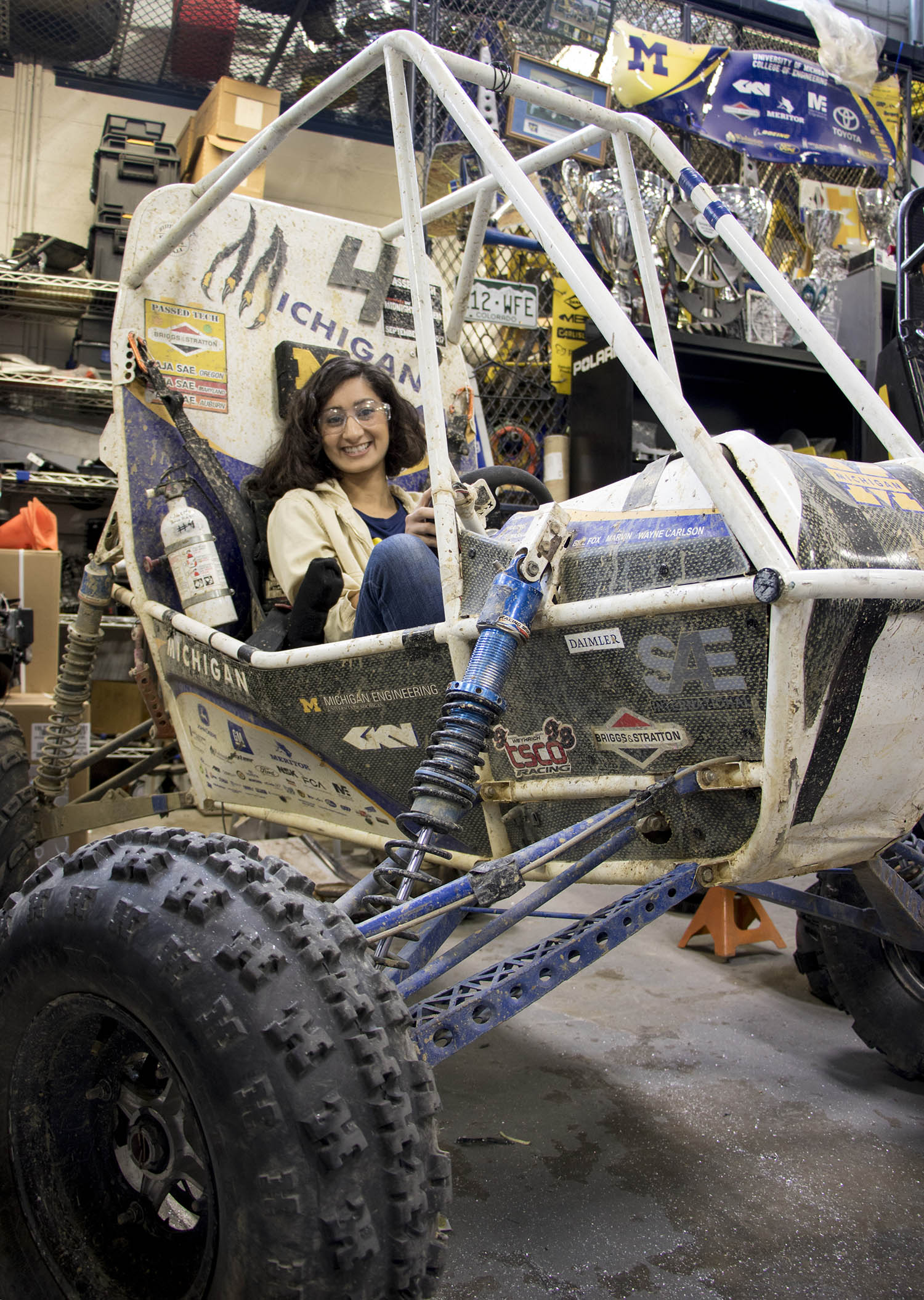 You might expect Baja cars, named after a desert peninsula and designed like dune buggies, to be driven more on the beaches of southern California than on the lake effect snow of Michigan’s Upper Peninsula. But, these cars are built specifically for their ability and durability, no matter the environment.

“It’s not logical for a Baja car to be able to do this,” says Shah. “But driving is a lot of fun, because you’re basically drifting the whole time.”

Winter Baja, hosted at Michigan Tech, is the first race of the year for Michigan Baja. The four hours of driving in freezing conditions allows new team members to get up to speed on how to assemble the cars, fix any issues, or weld together solutions mid-race.

The three other races this year, starting in April and ending in June, take the team to Maryland, Kansas, and Oregon. The competitions span a few days, with events including acceleration, hill climb, maneuverability, and rock crawl.

“One course had a teeter totter,” says Shah, thinking back to previous competitions. “Two years ago, they had an incredibly steep hill in California that they thought nobody could make it to the top.”

“The team was all lined up alongside the hill, and it was the best experience for any of us. At the top it looked like the car wasn’t going to make it, but when it did, even the course designers wondered how we did it.” 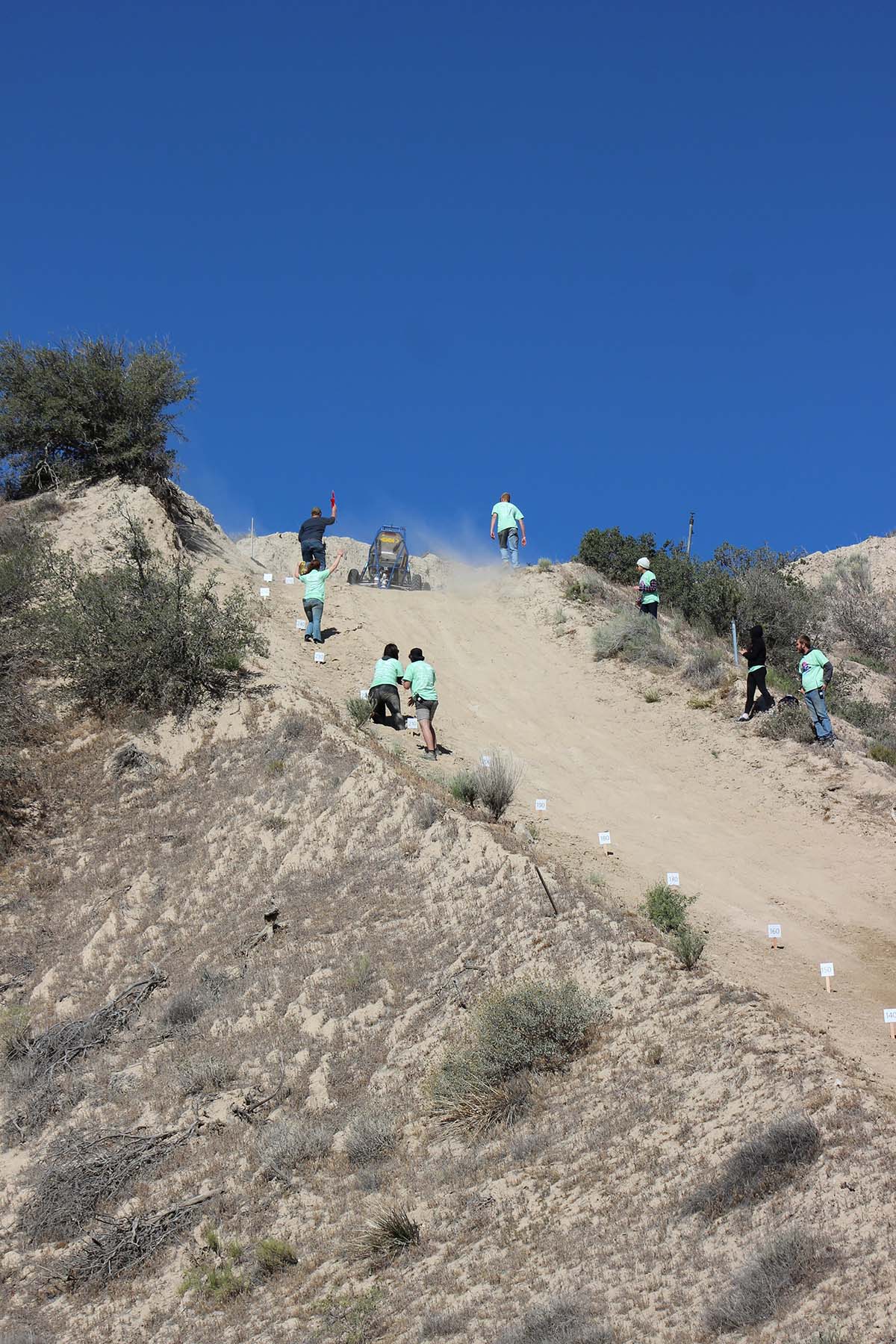 For Shah, joining Baja was as much about the fun and excitement of competitions as it was the hands-on engineering.

“I learned as much in school as I did on the Baja team,” Shah says, though she has not slacked in school. She took advantage of the Sequential Undergraduate/Graduate Studies (SUGS) program, which allows students to complete a bachelor’s and master’s degree in five years through double counting credits. She will earn her master’s in embedded systems this year.

School and Baja proved complementary, as Shah was able to weave the car into her schoolwork. Because a majority of the Baja team are mechanical engineers, Shah’s expertise in electrical engineering allowed her to lead the development of an electronically controlled variable transmission (eCVT), a project she launched in EECS 473.

The eCVT is a completely new type of transmission for the team, and relies more on microprocessors than mechanical gears and flyweights to achieve the most powerful engine output. This transmission is both lighter and can be tuned wirelessly, instead of the current time-intensive process of disassembly and machining. 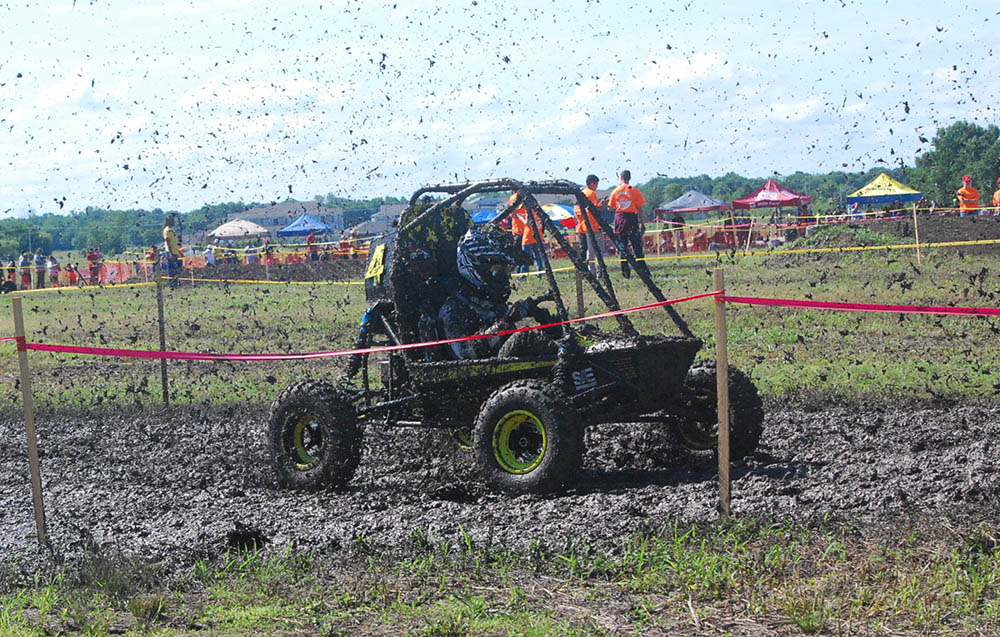 After her experience, Shah recommends others join a project group to get a chance to put their engineering knowledge into practice, as well as learning from the engineering disciplines of teammates. She recommends Baja especially, because everyone gets to drive the car.

The team made a successful test run with a prototype eCVT last year, and is now preparing it for competition.

After graduation, Shah says she is looking at careers that allow her to continue in control engineering, “especially autonomous vehicles and robotics.”