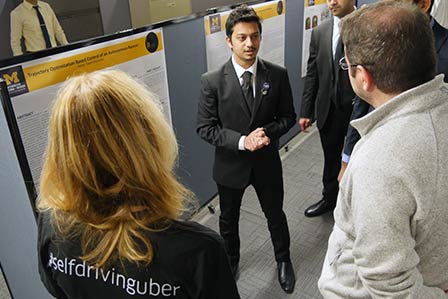 On Friday, February 9th, ISD graduate students showcased their research and projects to potential future employers at the second annual Career Fair hosted by the Graduate Student Advisory Committee (GSAC). The committee reached out to both employers and students in order to create a mutually beneficial opportunity for the two groups. Unlike a traditional career fair, this “Flip Flop” Career Fair placed students in the presentation position typically reserved for employers. This meant that students spent the morning situated in front of posters marketing their skills, while employers rotated through their presentations. After a lunch break, the career fair “flip flopped” and restructured into a more traditional layout. Students relinquished their roles as presenters, and the company representatives claimed their spots. Employers then remained stationary while students lined up to meet with them.

Highlighting their own accomplishments allowed students to offer employers a more extensive look at their potential as employees. As Automotive Engineering graduate student Parth Pallan said, “It was nice to have more one on one time with the recruiters due to the event format. The presentation part certainly helped establish a connection before going and speaking to the companies at their booth.”

Despite heavy snowfall, more than 40 students and employers braved the weather and attended the fair. Several of the participating companies were internationally known, and their specialities ranged from aerospace system and component manufacturing to battery recycling. There were companies whose industries directly aligned with the various degree programs that ISD offers — including representatives from BetaCAE, Battery Solutions, GKN Driveline, Dassault Systemes, and Uber Technologies. Sharply-dressed graduate students navigated through these companies’ tables, learning from and networking with representatives in hopes of soon joining their workforce. Sanjana Rajagopalan, a Design Science graduate student, was “very satisfied with the companies that attended the career fair, as nearly all of them aligned with [his] long term career interests.”

Both students and company representatives viewed the day as a success. GSAC President Anubhuti Chamoli, one of the event organizers, felt confident that students had put their best faces forward. “The ISD students were very much excited to have a Career Fair of their own. The students got an exclusive interaction time, which helped them go beyond their elevator pitch and talk more about their experience.” In the coming months, students will have additional opportunities to interact with potential employers as GSAC intends to host more tech talks (similar to the Uber event in January). 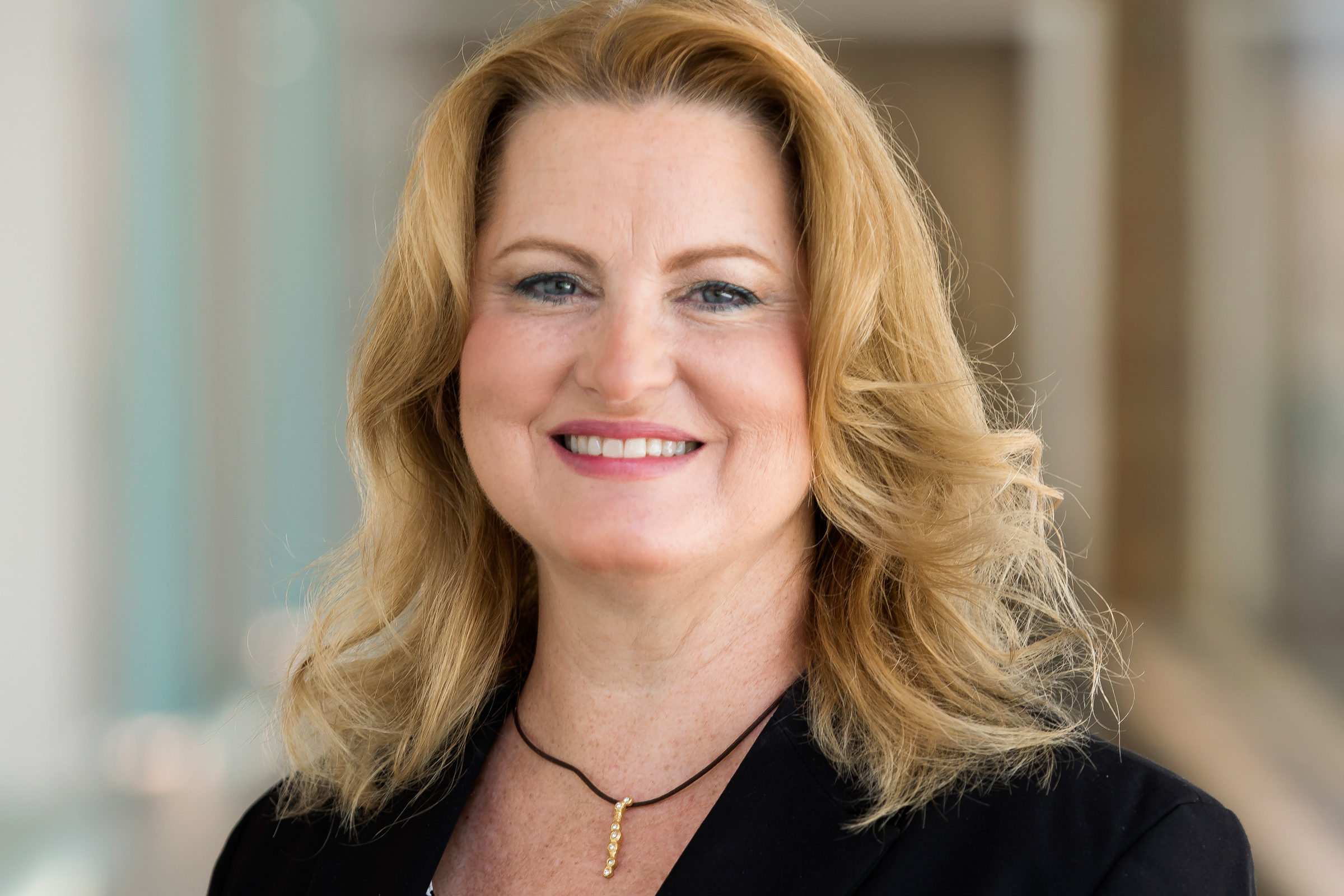 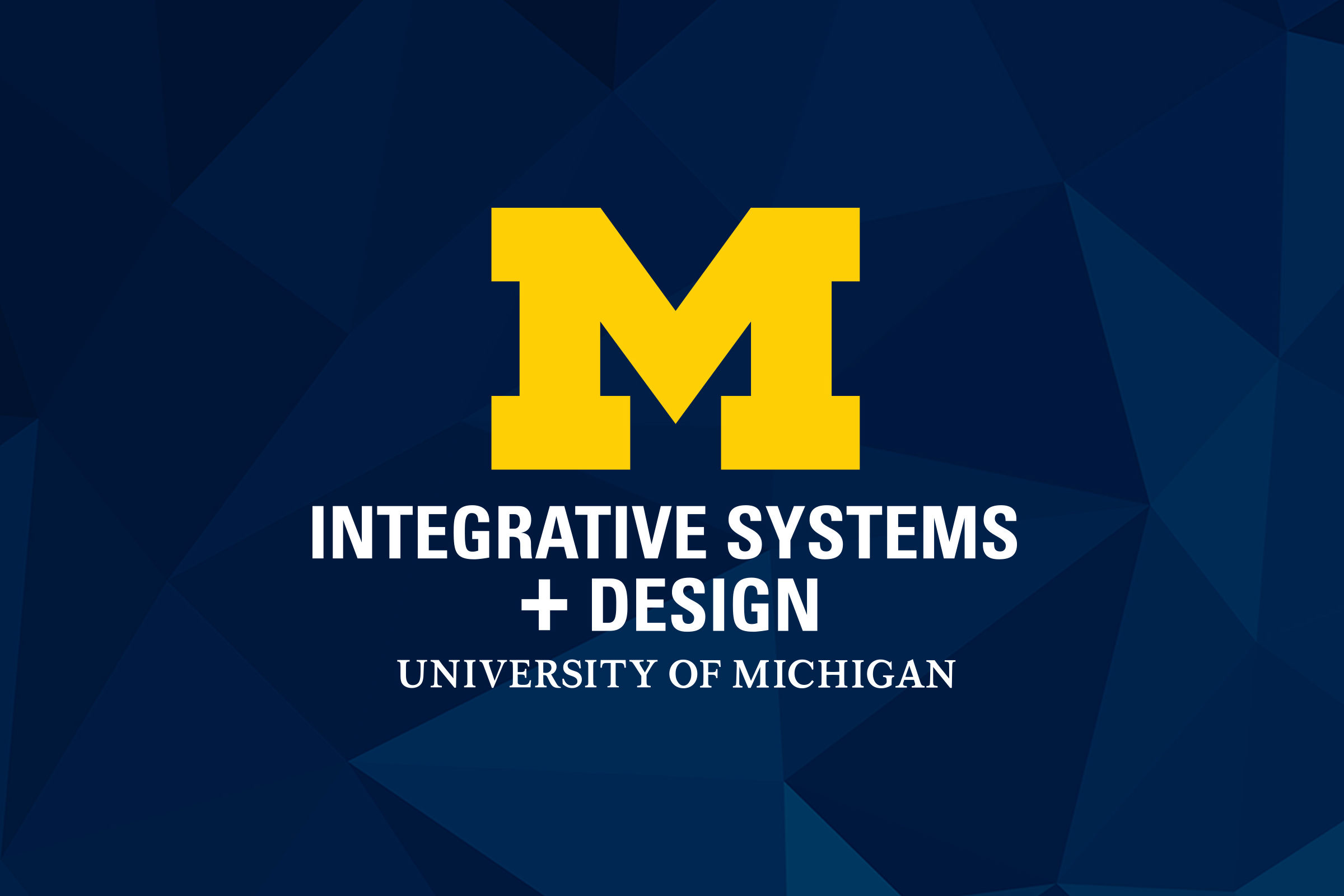 Since childhood, Pooya Alavian has known that he would one day take over his family’s business: a metal enamel factory that his father created before Pooya was born. Pooya grew up watching his father work diligently to improve the factory, and he worked alongside his father as much as possible. | Medium Read

When Beth Ann Less arrived at the University of Michigan as an undergraduate student, she hit the ground running (and biking, and swimming).| Short Read