Nuclear Engineering and Radiological Sciences
February 19, 2018
By hitting electrons with an ultra-intense laser, researchers have stopped them as effectively shooting them at a sheet of lead, demonstrating what's called "radiation reaction."| Medium Read
Enlarge 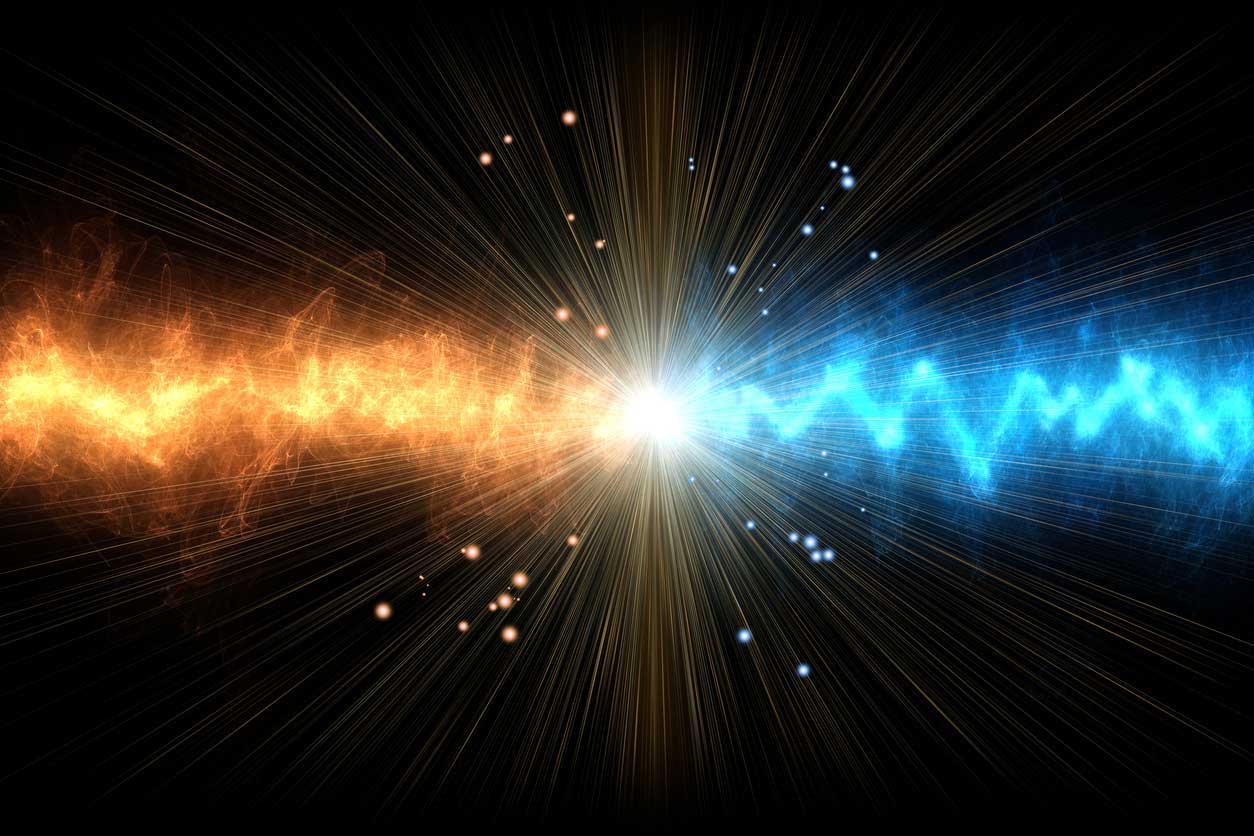 This is the first time a team of researchers, which includes University of Michigan engineers and physicists, have demonstrated radiation reaction in the lab. Their results are published today in the journal Physical Review X.

Whenever light hits an object, some of the light scatters back from the surface of the object. However, if the object is moving extremely fast, and if the light is incredibly intense, strange things can happen.

Electrons, for example, can be shaken so violently that they actually slow down because they radiate so much energy. Physicists call this process “radiation reaction.”

Radiation reaction is also interesting to physicists studying effects beyond “classical” physics. The equations that comprise classical physics, called Maxwell’s equations, which are used to traditionally define the forces acting on objects, fall short in these extreme environments.

They were able to observe this radiation reaction by colliding a laser beam one quadrillion, or a billion million, times brighter than light at the surface of the sun with a high-energy beam of electrons. The experiment, which required extreme precision and exquisite timing, was achieved using the Gemini laser at the Science and Technology Facilities Council’s Central Laser Facility in the U.K.

Photons of light that reflect from an object moving close to the speed of light have their energy increased. In the extreme conditions of this experiment, this shifts the reflected light from the visible part of the spectrum all the way up to high energy gamma rays. This effect let the researchers know when they had successfully collided the beams.

“We knew we had been successful in colliding the two beams when we detected very bright high energy gamma-ray radiation,” said Stuart Mangles with the Department of Physics at the Imperial College London and senior author of the study. “The real result then came when we compared this detection with the energy in the electron beam after the collision. We found that these successful collisions had a lower than expected electron energy, which is clear evidence of radiation reaction.”

The collision of the two beams effectively creates incredibly strong magnetic fields—similar to the kinds of field observed around black holes and quasars.

“One of the main areas we’re probing are these extremely strong fields, which are stronger than any fields on Earth,” said U-M physicist Alec Thomas, associate professor of nuclear engineering and radiological sciences. “So why would we want to study these kinds of fields? When you study objects in space, you need to verify the models that describe them. A lot of our calculations in such models involve assumptions about how matter behaves in these super strong fields. This is a platform for being able to test these predictions.”

The research team was able to make the light so intense in the current experiment by focusing it to a very small spot (just a few millionths of a meter across) and delivering all the energy in a very short duration (just 40 quadrillionths of a second).

To make the electron beam small enough to interact with the focused laser, the researchers used a technique called “laser wakefield acceleration.”

The laser wakefield technique fires another intense laser pulse into a gas. The laser turns the gas into a plasma and drives a wave, called the wakefield, behind it as it travels through the plasma. Electrons in the plasma can surf on this wake and reach very high energies in a very short distance.

The data from the experiment also agree better with a theoretical model based on the principles of quantum electrodynamics, rather than Maxwell’s equations, potentially providing some of the first evidence of previously untested quantum models.

Co-authors from the Chalmers University of Technology in Sweden say that the experiments are a foundation for high-intensity laser research that investigates quantum theories. However, more experiments at even higher intensity or with even higher energy electron beams will be needed to confirm that these laser experiments will be able to be used in this way. The team will carry out these experiments in the coming year.

U-M doctoral student Keegan Behm, supervised by Thomas and U-M’s Karl Krushelnick, set up and ran the gamma ray diagnostic on the experiment in the U.K. The correlation of this data with the electron spectral data was crucial to confirming the presence of radiation reaction. Thomas hopes to continue similar experiments at U-M with the university’s HERCULES laser, which will be made more powerful next year with a recent $2 million Major Research Instrumentation grant from the National Science Foundation.