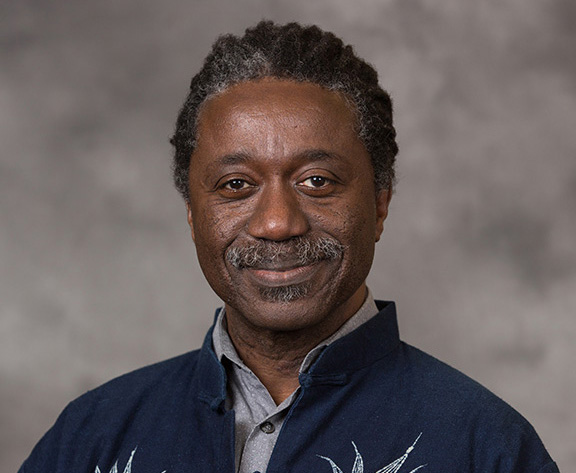 Since joining the University of Michigan in 1987, Prof. Winful has consistently led efforts for greater diversity and inclusion.

He served 11 years as the Director for Education and Outreach for the Center for Ultrafast Optical Science (CUOS). In this role, he collaborated with organizations such as the African-American Academy and the Detroit Area Pre-College Engineering Program (DAPCEP). He also ran National Science Foundation Research Experiences for Undergraduates (REU) and Research Experiences for Teachers (RET) sites, bringing many underrepresented minority participants to U-M.

In addition, Prof. Winful has served as the faculty advisor to the Society of Minority Engineers and Scientists – Graduate Component (SMES-G) for over 18 years. As advisor, Prof. Winful helps the group achieve its aim of recruiting and retaining STEM graduate students of color. Last year, the group gave Prof. Winful the Outstanding Mentorship Award for his “relentless dedication” as their advisor and mentor.

Prof. Winful also acted as the lead for U-M’s role in USAID’s Excellence in Higher Education for Liberian Development (EHELD) program, which aimed to rebuild Liberia’s engineering and agriculture programs after a prolonged civil war. For this program, Prof. Winful developed new engineering curricula, recruited Liberian students for graduate studies, and managed many groups, from undergraduate groups traveling during the summer to graduate students and faculty teaching abroad.

Kelly Askew, collaborator on the project and professor of Anthropology and Afroamerican and African studies, writes, “Prof. Winful has advanced to an immeasurable degree our STEM collaborations in Africa.” Additionally, because of EHELD and U-M’s participation, the University of Liberia was recently able to start a new College of Engineering separate from its College of Science and Technology.

Aside from his outreach and diversity activities, Prof. Winful has made fundamental contributions to nonlinear fiber optics, nonlinear optics in periodic structures, the nonlinear dynamics of laser arrays, the propagation of single-cycle pulses, and the physics of tunneling.