America is outsourcing innovation, and we need to bring it back 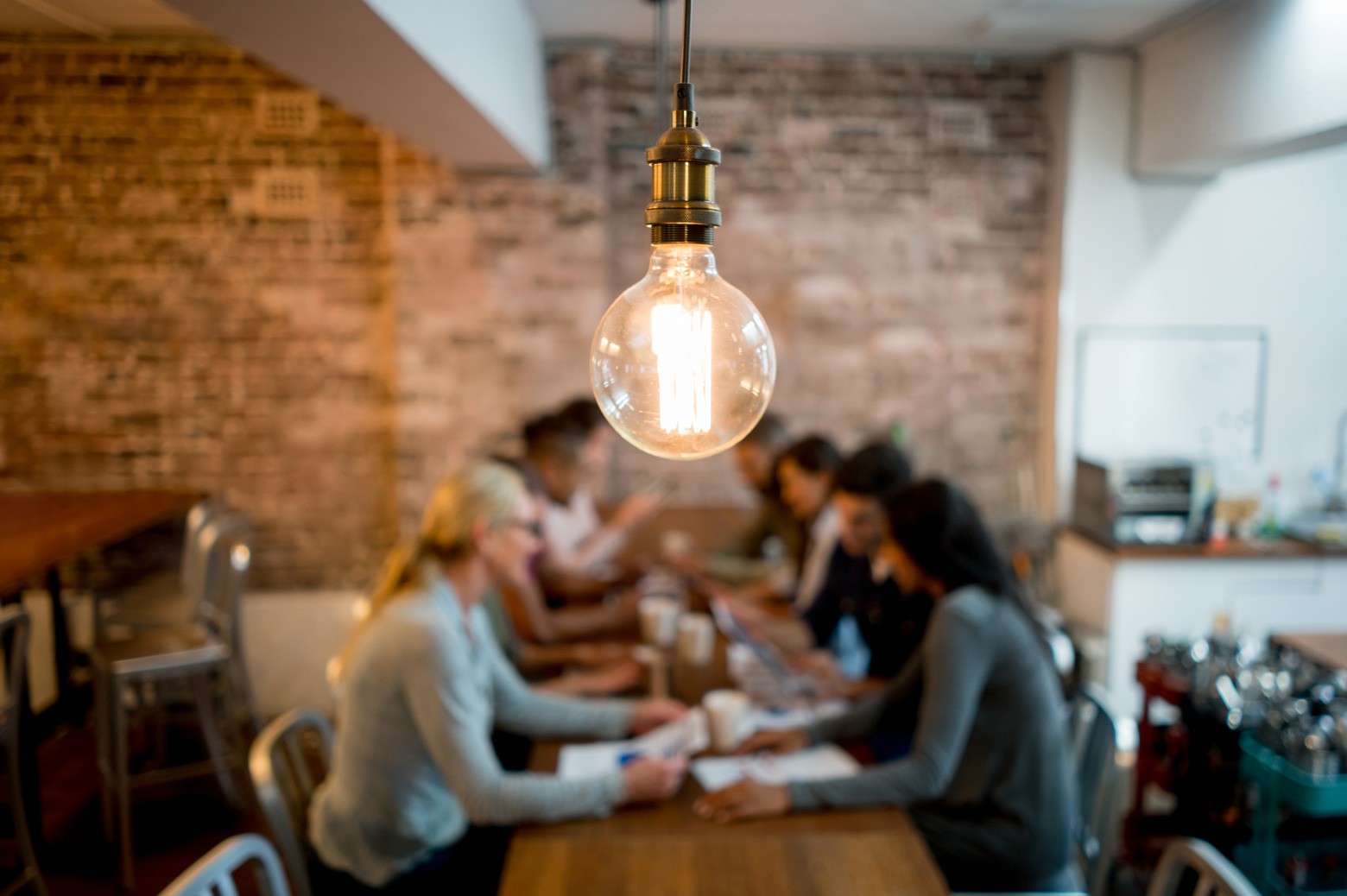 In early 2018, the White House is slated to start work on the congressionally-mandated National Strategic Plan for Advanced Manufacturing. While manufacturing issues — including trade, tax, and regulation — have been a major focus for U.S. policymakers in recent years, there’s one crucial aspect of manufacturing policy that’s in need of serious strategic thinking: Innovation.

While America has seen its production facilities offshored for four decades, we’re now seeing top U.S. firms in fields from automotive to pharma to semiconductors to aerospace also move their innovation centers overseas. Outside of the software space, America’s tech innovators are finding it hard to find scale-up funding at home. In 2015, Chinese firms were engaged in funding rounds for U.S. tech startups that totaled $10 billion, or one-fifth of the total money raised by all U.S. tech startups that year.

China’s growing innovation capacity can be a net positive for the world, but these trends ultimately reflect a troubling phenomenon: the decline of America’s innovation capacity. For all our talk about entrepreneurship and creativity, America’s start-up rate has been falling for decades, productivity growth is mostly stagnant, and much of the tech sector seems focused on less-than-visionary mobile apps.

It doesn’t have to be this way.

America still leads the world in public science and tech research investments with about $140 billion in annual federal expenditures, including upwards of $55 billion in federally-funded university research. We should do more to leverage promising ideas that come from that funding to create new platform technologies and U.S. jobs in advanced manufacturing. When it comes to boosting employment and national wealth, there are options for getting a real return on investment for the tax dollars we put into science and tech research.

While today’s U.S. government science and tech funding is mostly focused on basic science research (the R side of R&D), corporate investments mostly seek to bring incremental improvements, like slightly better smartphones and cholesterol drugs, to market (the D side). There’s too little investment in connecting the R and the D. While a few behemoths like Alphabet may take on holistic big thinking (mostly in the software space), there’s still a serious dearth of “translational research” to convert basic lab work into meaningful new manufactured products in the physical economy.

We’ve spoken with leading university researchers in fields from battery storage to pharmaceuticals to transportation who have had to take funding from foreign countries to mature and commercialize their laboratory innovations — each after having received millions of dollars of U.S. public research investment. These innovators have wanted to see their ideas take hold in the United States. But they were not able to fund their full scale production here. While America continues to lead the world in early-stage science and engineering research, our failure to invest in the translational research means we’re now subsidizing long-term innovation and wealth-creation in foreign countries.

These are big challenges. But there are some straightforward ways we can start addressing them.

One answer can start with America’s universities. The federal government could set aside a small portion of its university science and tech research investments —say 2.5 percent — for seed funding focused on maturing promising discoveries and inventions. Rather than tasking federal bureaucracies with deciding how to direct this R&D spending, policymakers could let the universities individually make the decisions. In practice, the federal government would offer grants to universities to help bring new socially useful products to market. The money could be used for proof-of-concept efforts and other early-stage product development work.

Universities could be held accountable for tangible outcomes of the translational research they conduct. In addition to measuring output simply in terms like publications and citations — as we currently do for basic research — we could start measuring some innovation grants in terms of how they provide a real return on taxpayer investment. Can a university, for example, show how many local or U.S. private sector jobs were created through research that the funding set in motion? If a university wants to get more funding in the future, it would have to show that it’s been effective in launching U.S. startups, creating U.S. jobs, or meaningfully helping to solve societal problems.

There are also relatively straightforward ways to deal with the “scale-up” issue: ensuring U.S. start-ups aren’t forced to go overseas to fund the development of technologies that emerged from U.S. laboratories. Today, other nations are taking translational research seriously at the level of public policy. China, among at least 50 other countries, now has a National Innovation Foundation (NIF) focused on translating discoveries and inventions into commercially viable and socially useful innovations. The U.S. currently devotes only a small portion of federal research dollars — mostly through programs like the Small Business Innovation Research program (SBIR) — to this kind of work.

For about one percent of the nation’s $140 billion federal research budget, the U.S. could set up a leading National Innovation Foundation to mature and scale-up emerging technologies and anchor their manufacturing onshore. Our own NIF could be tasked with identifying the most promising basic research happening at science and tech agencies across the whole federal government and building public-private partnerships to transform that research into new job-creating and wealth-creating products and services. It could play the role of a non-profit venture capital operation — setting up “Series A” and “Series B” funding — focused on innovation in the national interest. While this would be a government-backed initiative, it could be managed according to best practices from Venture Capital industry and it could draw matching funds from the private sector. A National Innovation Foundation would go beyond exisitng models like the Manufacturing USA Institutes or the Small Business Innovation Research program by focusing on the whole innovation pipeline from start to finish. This relatively small investment could radically boost our return-on-investment on tax-payer funded research.

These days it feels like the consensus that China will dominate advanced manufacturing in 21st century. But it’s not a foregone conclusion.

As policymakers consider America’s strategy for advanced manufacturing, there’s a wide range of policy factors — from education to workforce to trade policy — they should consider. But, right now, we can help rebuild America’s innovation ecosystem relatively quickly by closing the gaps in our innovation pipeline. It’s not too late for the United States to get back in the game.

Sridhar Kota is executive director of MForesight: The Alliance for Manufacturing Foresight and the Herrick Professor of Engineering at the University of Michigan.  Justin Talbot-Zorn is a Truman National Security Fellow and a senior advisor to MForesight.

This article is reposted from The Hill. View the original post here. 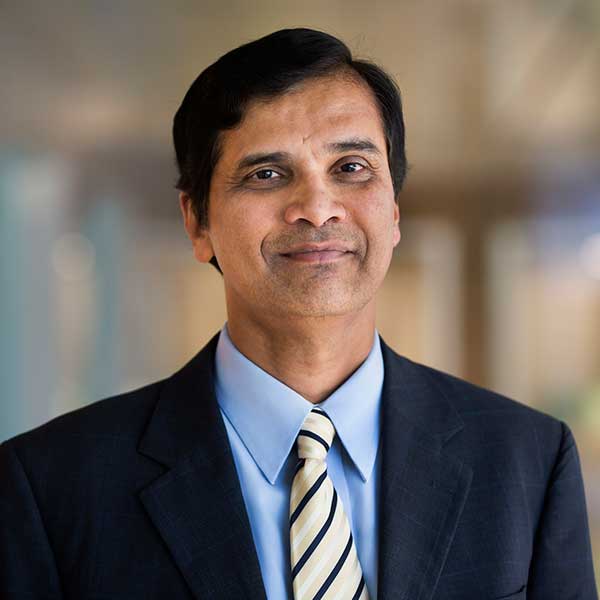 In a letter to the community, Dean Gallimore shares three initiatives for a more inclusive CSE climate.| Short Read