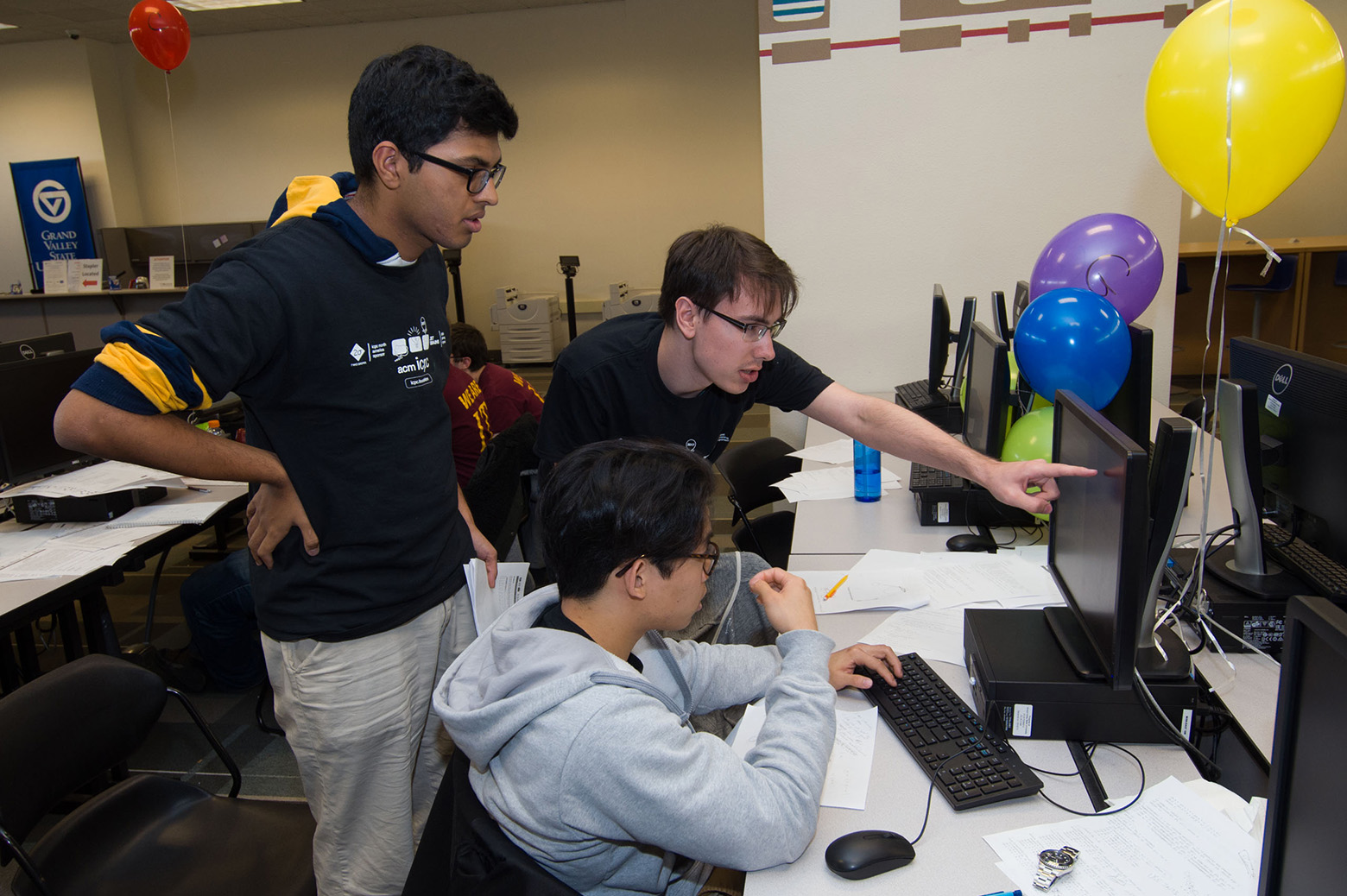 IMAGE:  The Victors placed fourth in regionals to claim a spot in the 2018 ACM-ICPC World Finals. Photo: Dennis Matveyev.

Five University of Michigan student programming teams have competed in the 2017 ACM East Central North America Regional Programming Contest, with one UM team, the Victors, placing fourth out of the 140 participating teams and qualifying to advance to the prestigious 2018 ACM International Collegiate Programming Contest (ICPC) World Finals in Beijing, China, which will take place April 15 – 20, 2018.

The Victors will be one of a select set of teams to compete in Beijing. For perspective, last year’s ICPC regional participation included 46,381 of the finest students and faculty in computing disciplines from 2,948 universities in 103 countries on six continents, which was narrowed to 120 teams for the World Finals.

The ACM programming contests challenge students with complicated programming problems for which they must design and implement clever algorithms. The contest pits teams of three university students against eight or more problems with a grueling five-hour deadline and only one computer. Competitors race against the clock and the winner is the team who correctly solves the most problems.

“Our team communicated well with each other and that definitely gave us a huge edge; we were familiar with each other’s strengths and weaknesses, so when we split up the questions to read, we could quickly pick out the easy ones and who would be suitable to implement them,” said Aman Karunakaran.

“That enabled us to solve the first six problems in just over an hour, which was really important because when multiple teams solve the same number of problems the ties are broken by time to solve,” he continued. “Out of the teams that solved eight problems, we were the fastest by a pretty big margin. We were happy after the contest, and we’re definitely looking forward to the finals in Beijing.”

In addition to the Victors, four other teams from UM competed in the regional competition. Those teams were:

“I am really proud of our teams and their performance at regionals,” said Prof. Kevin Compton, UM’s programming team coach. “All five of our teams finished in the top half. I was also pleased that we were able to increase participation by female students this year; five of the 15 students are female and we fielded one all-female team, the Leaders and the Best.”

All five of the UM teams were coached by Prof. Compton. Assistant coaches were CSE graduate student Yujie An (who was on UM teams that advanced to World Finals in 2014 and 2015) and UM alumnus Dennis Matveyev, who has assisted with training for many years.

In 2011, the UM team won a gold medal for an extraordinary 2nd place finish. That year, 8305 teams from more than 1,900 universities, 82 countries, and six continents participated in regional contests worldwide, from which 104 elite teams competed at the finals.

Please click here to view pictures, courtesy of Dennis Matveyev, from this year’s practice day and the day of the regional competition.