by Kate McAlpine
Michigan Engineering
November 17, 2017
In spite of being 80 percent water, cartilage is tough stuff. Now, a synthetic material can pack even more H2O without compromising on strength.| Medium Read
Enlarge 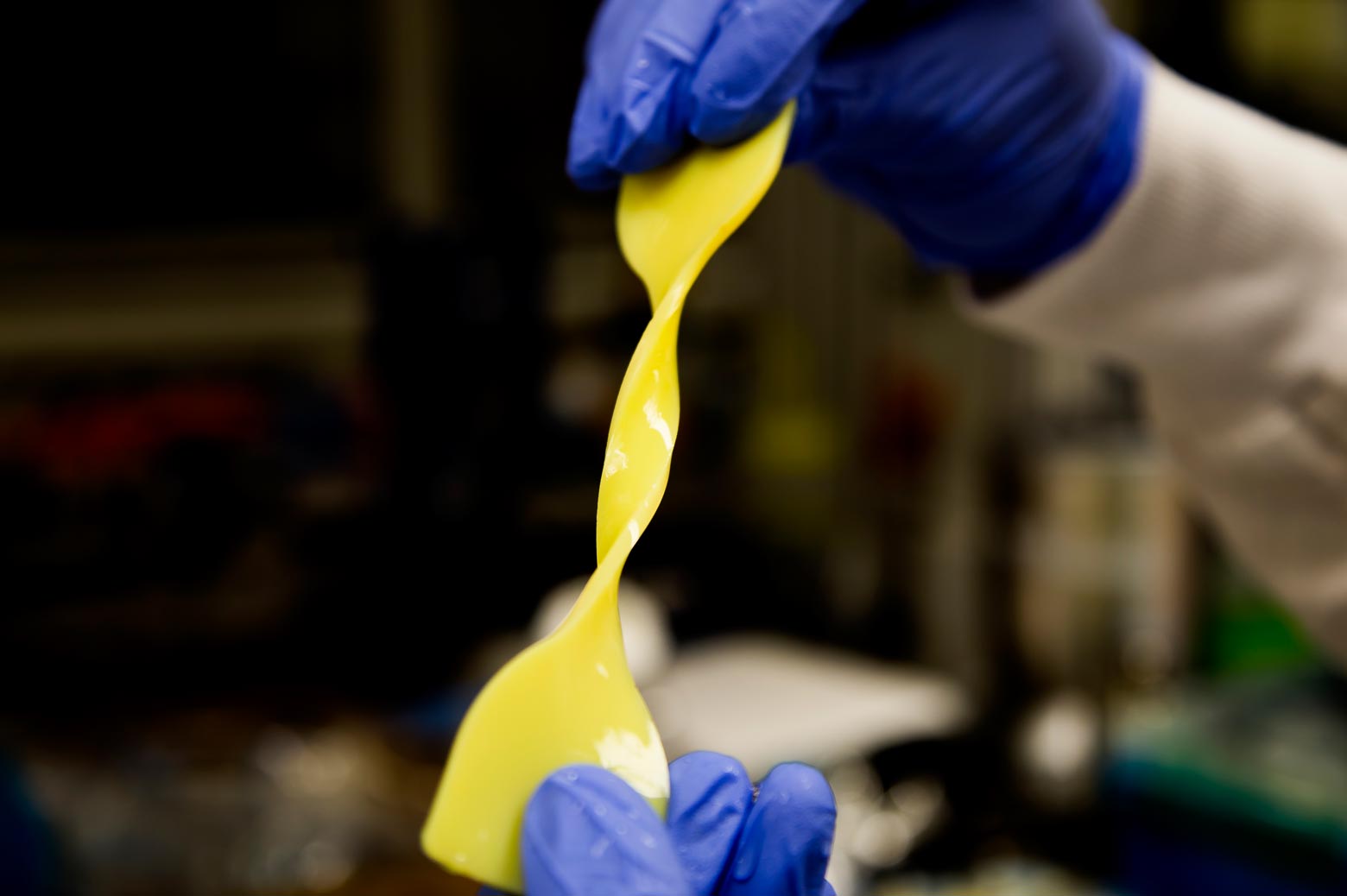 The unparalleled liquid strength of cartilage, which is about 80 percent water, withstands some of the toughest forces on our bodies. Synthetic materials couldn’t match it – until a new material developed by researchers at the University of Michigan and Jiangnan University. The new artificial cartilage is made with Kevlar fiber, best known for making bulletproof vests.

“We know that we consist mostly of water – all life does – and yet our bodies have a lot of structural stability,” said Nicholas Kotov, the Joseph B. and Florence V. Cejka Professor of Engineering at U-M, who led the study. “Understanding cartilage is understanding how lifeforms can combine properties that are sometimes unthinkable together.”

Many people with joint injuries would benefit from a good replacement for cartilage, such as the 850,000 patients in the US who undergo surgeries removing or replacing cartilage in the knee.

While other varieties of synthetic cartilage are already undergoing clinical trials, these materials fall into two camps that choose between cartilage attributes, unable to achieve that unlikely combination of strength and water content.

Understanding cartilage is understanding how lifeforms can combine properties that are sometimes unthinkable together.Nick Kotov
Tweet

The other synthetic materials that mimic the physical properties of cartilage don’t contain enough water to transport the nutrients that cells need to thrive, explained Kotov. Meanwhile, hydrogels – which incorporate water into a network of long, flexible molecules – can be designed with enough water to support the growth of chondrocytes, cells that build up natural cartilage. Yet those hydrogels aren’t especially strong, tearing under strains a fraction of what cartilage can handle.

The new material recreates the magic of cartilage by combining a network of tough nanofibers from Kevlar with a material commonly used in hydrogel cartilage replacements, called polyvinyl alcohol (PVA).

In natural cartilage, the network of proteins and other biomolecules gets its strength by resisting the flow of water among its chambers. The pressure from the water reconfigures the network, enabling it to deform without breaking. Water is released in the process, and the network recovers by absorbing water later.

This mechanism enables high impact joints, such as knees, stand up to punishing forces. Running repeatedly pounds the cartilage between the bones, forcing water out and making the cartilage more pliable as a result. Then, when the runner rests, the cartilage absorbs water so that it provides strong resistance to compression again. 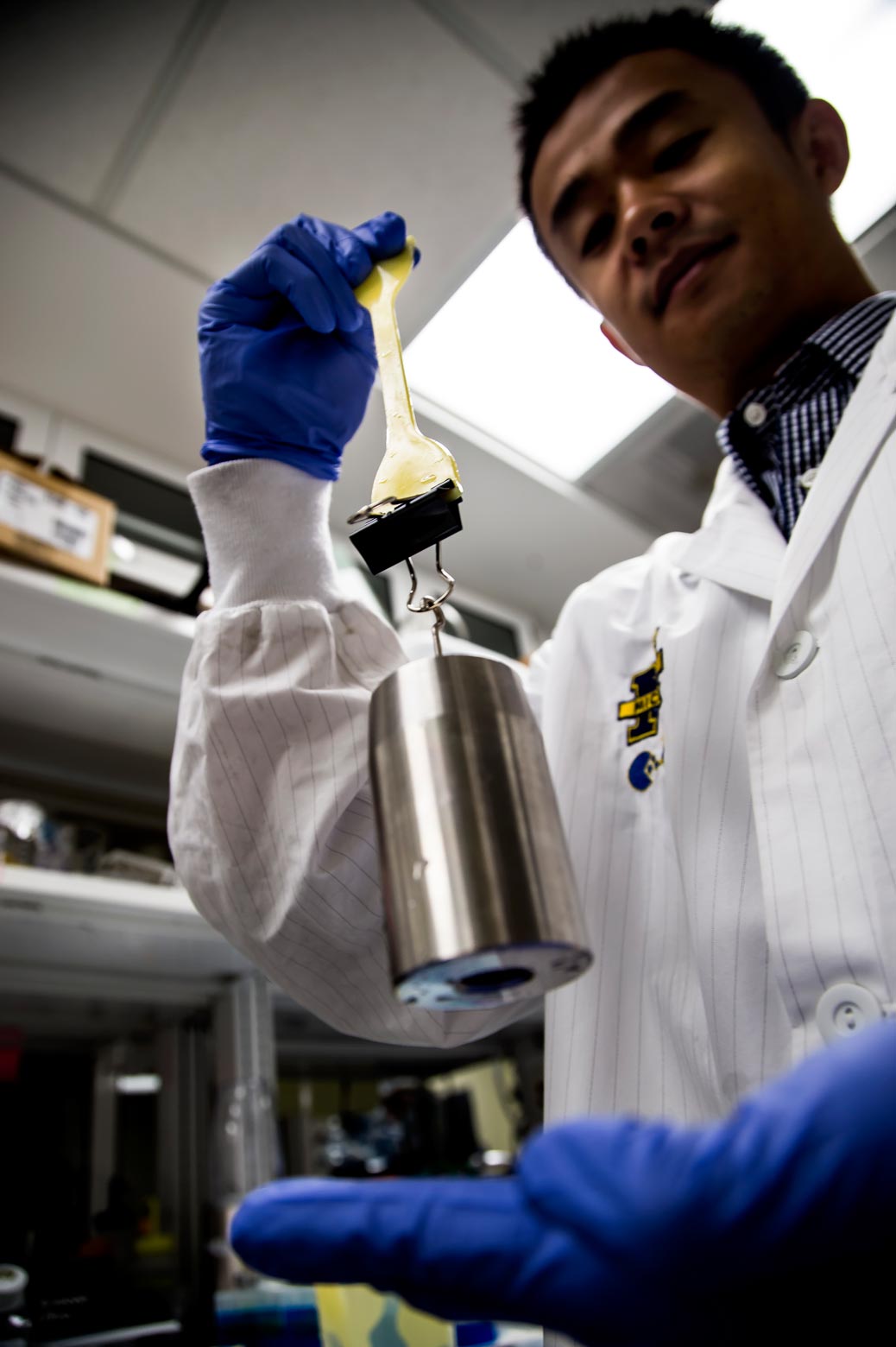 IMAGE:  Lizhi Xu, a research fellow in chemical engineering, demonstrates the strength of the artificial cartilage under stretching by attaching a weight to one end of a sample. Photo: Joseph Xu, Michigan Engineering Communications & Marketing

The synthetic cartilage boasts the same mechanism, releasing water under stress and later recovering by absorbing water like a sponge. The Kevlar nanofibers build the framework of the material, while the PVA traps water inside the network when the material is exposed to stretching or compression. Even versions of the material that were 92-percent water were comparable in strength to cartilage, with the 70-percent version achieving the resilience of rubber.

As the aramid nanofibers and PVA don’t harm adjacent cells, Kotov anticipates that this synthetic cartilage may be a suitable implant for some situations, such as the deeper parts of the knee. He also wonders whether chondrocytes might be able to take up residence inside the synthetic network to produce a hybrid cartilage. But his potential applications are not limited to cartilage: he suspects that similar networks, with different proportions of aramid nanofibers, PVA and water, may be able to stand in for other soft tissues.

“We have a lot of membranes in the body that require the same properties. I would like to evaluate the space,” said Kotov. “I will talk to doctors about where the acute need is and where this intersection of the properties will allow us to make best headway and biggest impact.”

Kotov is a member of the Biointerfaces Institute, which provides shared space for researchers from U-M’s top-ranked engineering and medical schools.

The paper, recently published in Advanced Materials, is titled “Water-rich biomimetic composites with abiotic self-organizing nanofiber network.” Kevlar® is a trademark or registered trademark of DuPont.

The University is seeking patent protection and partners to bring the technology to market. 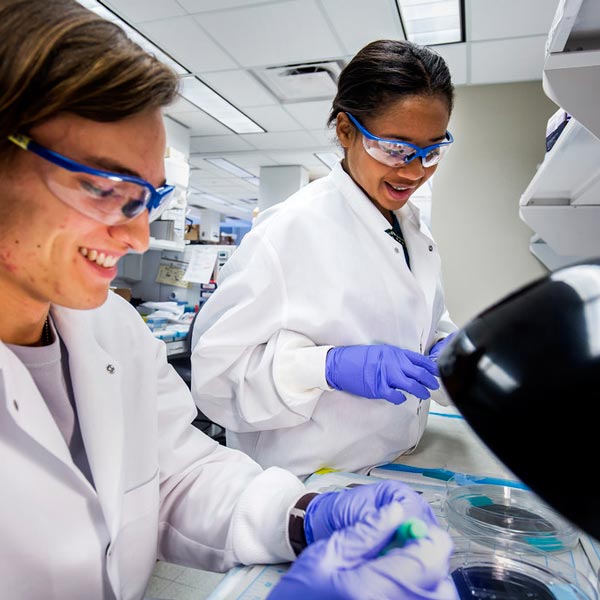