by Dan Newman
EECS: Electrical and Computer Engineering
November 30, 2017
His PhD from Michigan ECE allowed him to lead one of the largest tech companies' AI Products initiative.| Medium Read
Enlarge 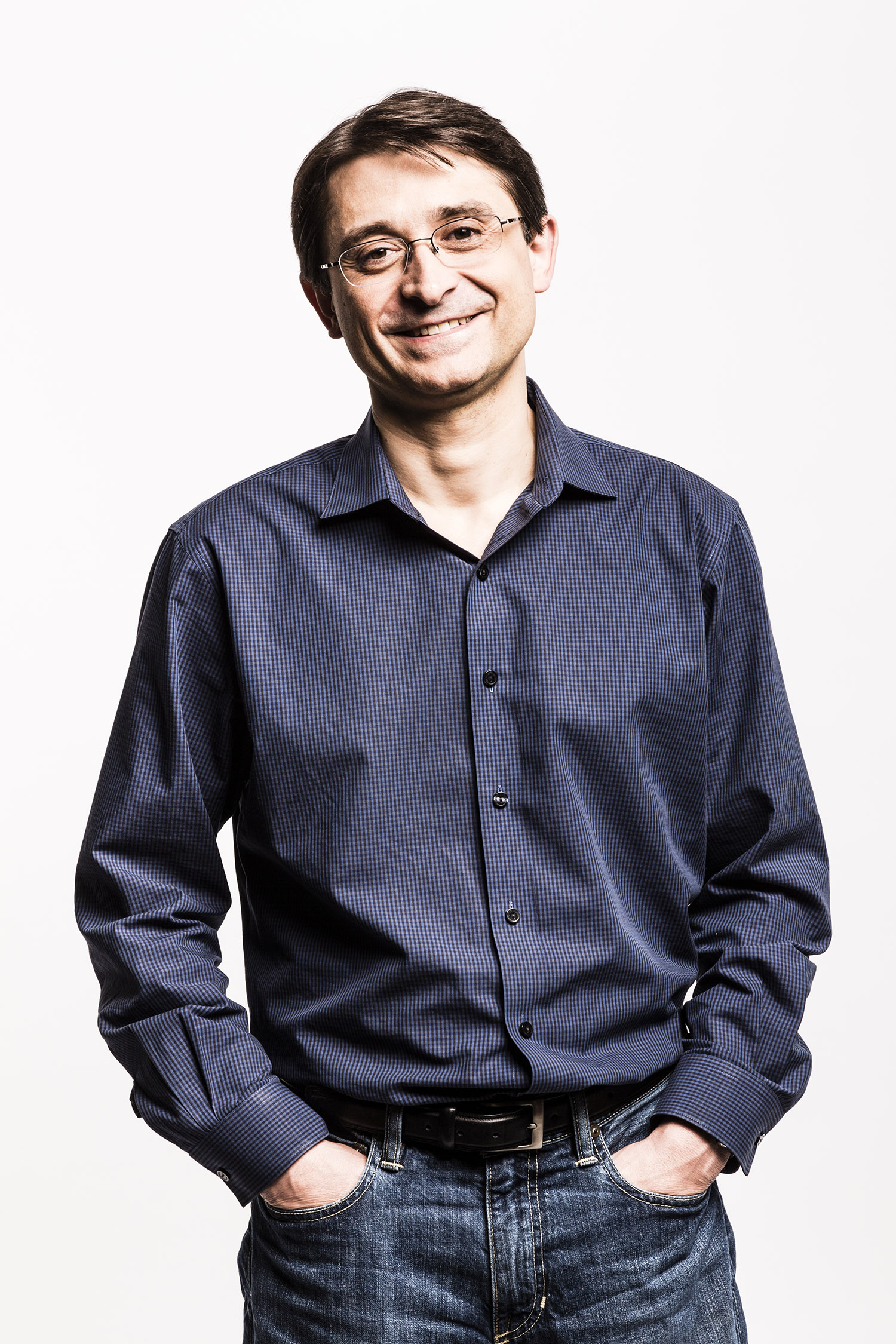 Despite helping run the AI initiative of one of the largest tech companies, Ribas never planned to make a career in AI. When he earned his master’s in electrical engineering from University of California, Irvine in 1992, he remembers everyone looking down on AI’s prospects.

“At the time, AI was very interesting to me, but funny enough, somewhat of a niche field,” Ribas recalls.

“Real applications were not that common. If you graduated with a PhD in AI, it wouldn’t be easy to find a job.”

Now, of course, AI is infiltrating every industry and interface: AI runs financial portfolios, writes articles, diagnoses diseases, and sits in homes waiting for our command.

Instead of focusing on AI in school, Ribas was able to combine his interests in computer vision and information theory to earn a PhD while researching video encoding under David Neuhoff, Joseph E. and Anne P. Rowe Professor of Electrical Engineering.

Ribas took his video knowledge to Sharp Laboratories and developed data compression algorithms for cameras. Then, he got a job at Microsoft working with Windows Media.

“When I joined Microsoft, I thought I’d be there for just a few years,” says Ribas. “I’d learn how life is in a big company, and then do something different.”

But, 17 years later, Ribas still works at Microsoft. He moved from working on Windows Media to developing media technology for Xbox, to developing search technology with Bing, to developing relevancy, speech, and intent aspects of AI that help power both Bing and Cortana, Microsoft’s digital assistant.

Microsoft’s AI is also available in many other products and services like its Seeing AI talking camera app, for those with visual impairments.

Being open, respectful, honest and having integrity is just as important as the technology.Jordi Ribas
Tweet

“One of the reasons I’ve stayed is that there are so many different groups within the company, and there’s so much that you can learn,” says Ribas. 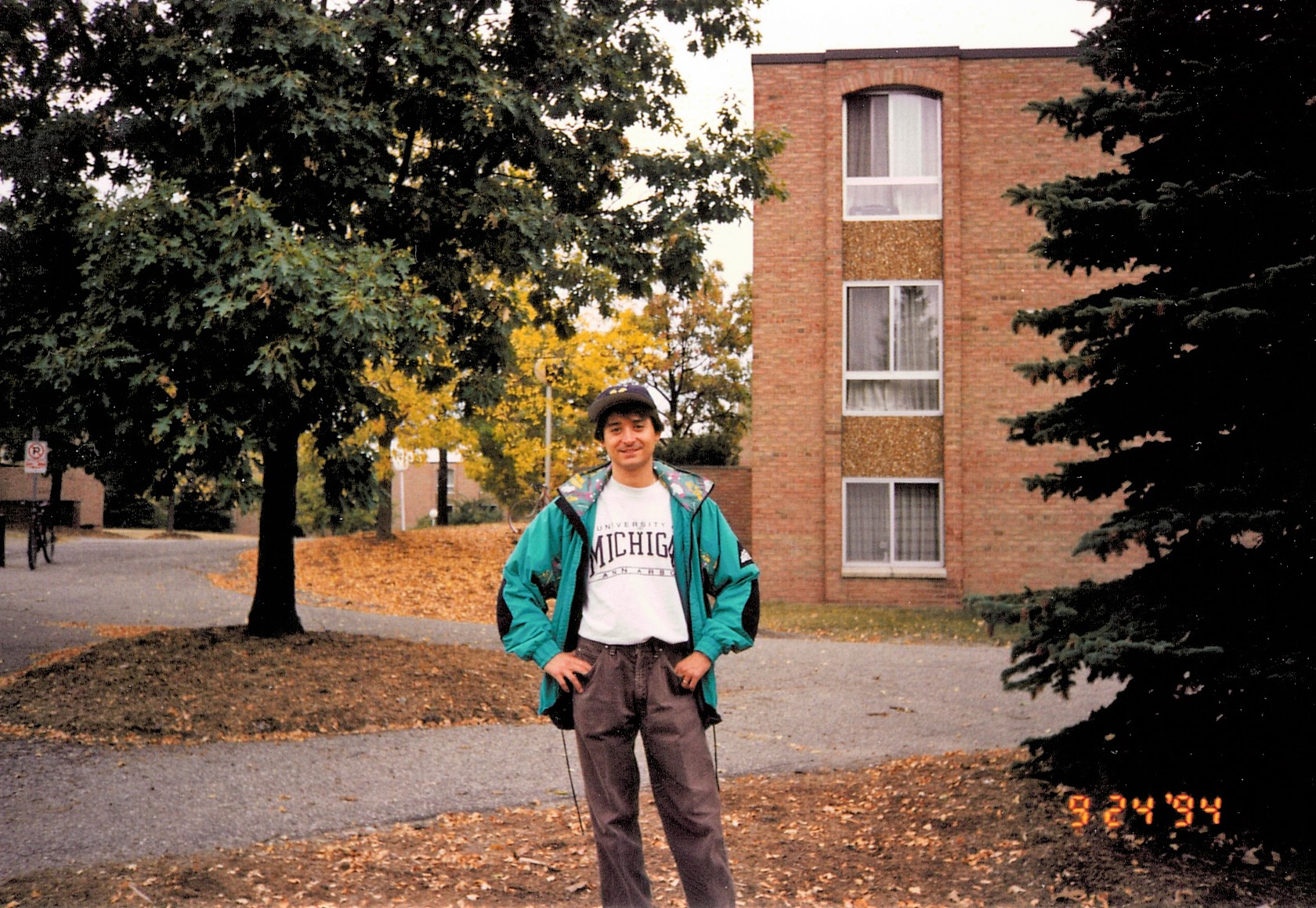 IMAGE:  Jordi Ribas poses in front of Conger House at Baits II while earning his PhD in Electrical Engineering: Systems.

And through each position and group Ribas works at Microsoft, his time at Michigan remains on his mind.

“At a reunion about 10 years after finishing at Michigan, everyone had the realization that the university had been such an important part of our lives. Michigan educated us and had been such an integral part in helping us grow and become successful.”

For those looking for careers in AI, Ribas notes that the core concepts taught in electrical engineering and signal processing are common across the AI field. But he also stresses the importance of values and skills beyond technology, which he learned from living around the world.

“I grew up in Spain, studied in the U.S., and have lived in England and Japan,” says Ribas.

“When you travel, meet with people, and learn new languages, it opens up your mind and you end up having more things in common. Beyond what I could have learned in school in terms of engineering, math, and science, there is a human element – especially when you work in a large company – that is very important and that helps you be a better manager and person. Being open, respectful, honest and having integrity is just as important as the technology.”