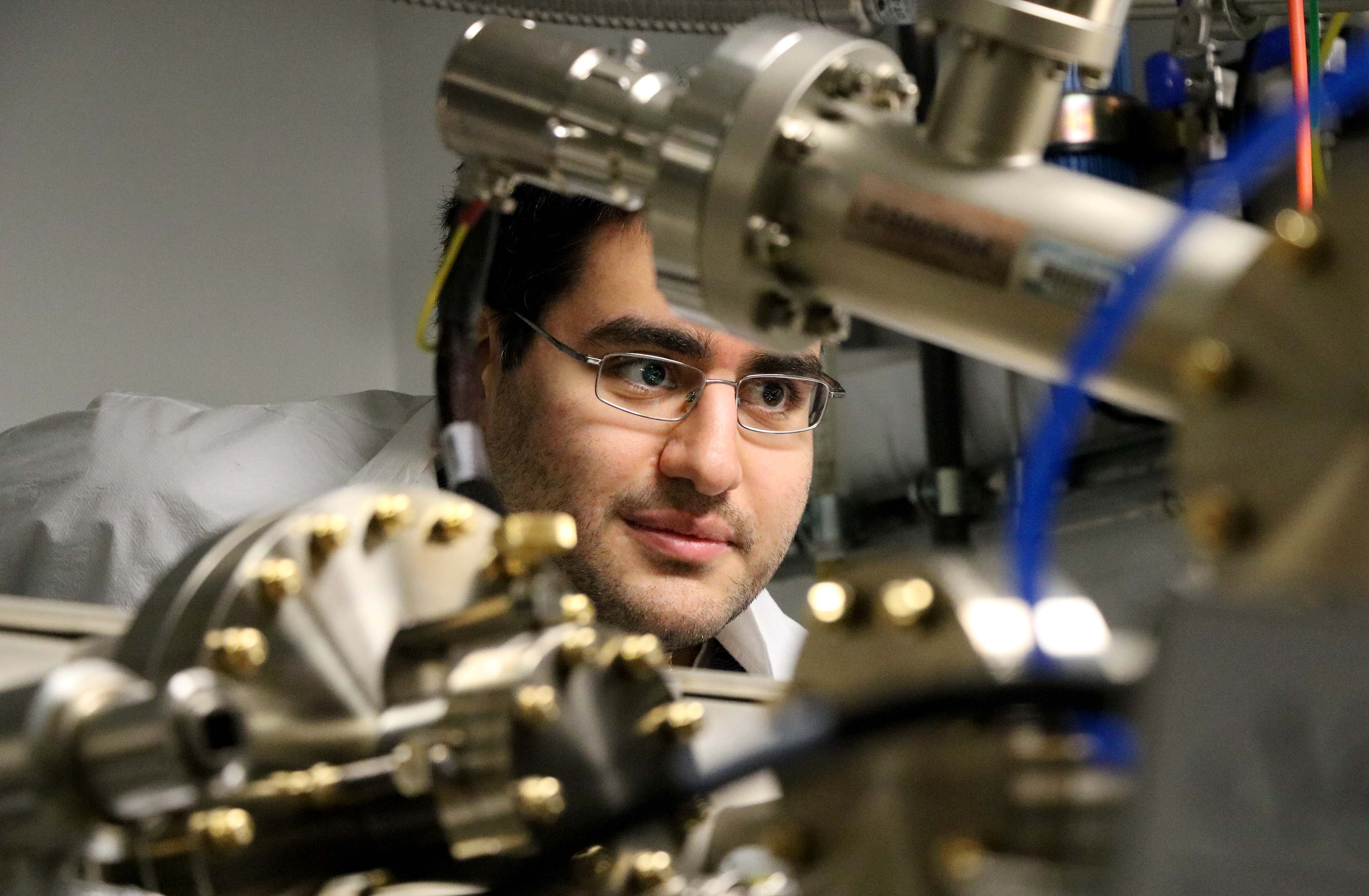 The material quality is near-perfect by doing it in this manner.Xianhe Liu
Tweet

To create an LED, tiny towers of atoms called nanowires are grown on a substrate using molecular beam epitaxy (MBE). Heat is applied to atoms in a vacuum, and the atoms are then shot like bullets and accumulate on the substrate. The typical process, however, can develop irregularities in the structure of the nanowires. To solve this, Liu applied a titanium mask to the substrate, allowing the atoms to accumulate only in certain places.

“The material quality is near-perfect by doing it in this manner,” says Liu. Compared to the typical nanowire LED structure, in which the nanowires can be tilted and randomly misshapen, Liu’s nanowires are like a perfect beehive.

“This can have all kinds of positive effects because the light won’t be trapped in the irregularities, and it can all be emitted,” Laleyan adds. “As more research develops around deep UV LEDs, the efficiencies will multiply because the starting point is better.” 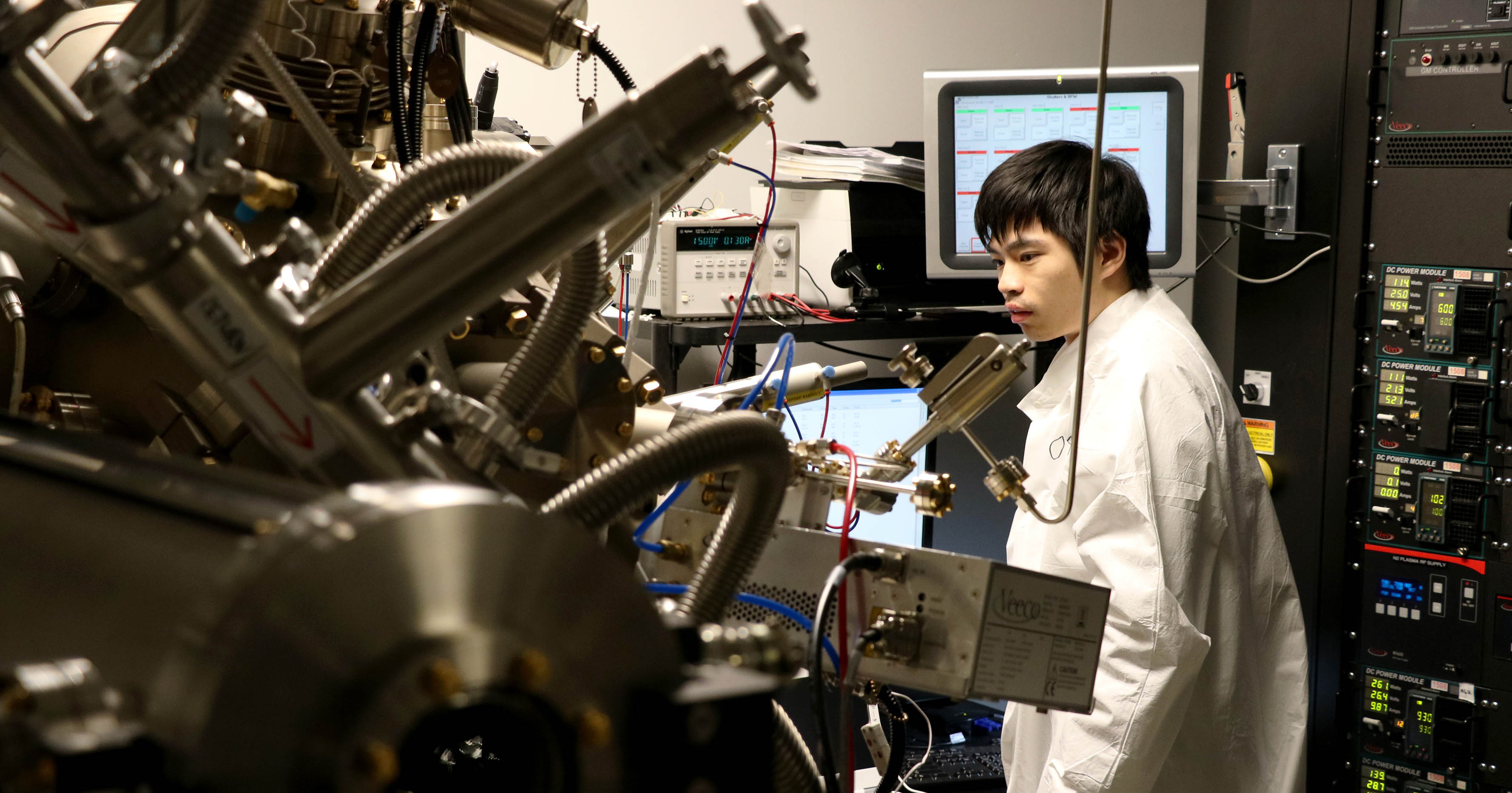 For the third layer, deep UV LEDs normally use aluminum gallium nitride (AlGaN) with small amounts of magnesium to provide the positive charge. “But magnesium is not ideal, in fact it’s only borderline functional,” says Laleyan.

“With boron you could get completely rid of magnesium and its problems,” says Laleyan.

Earlier this year, Prof. Mi was elected a Fellow of both SPIE, the international society for optics and photonics, and OSA, the Optical Society, in part for contributions to the development of high performance nitride nanowire photonic devices and deep UV lasers.

With new courses at the freshman, sophomore, and junior levels, Michigan ECE is training tomorrow’s engineers to be leaders in a diverse workforce in service to society| Long Read
Researchers