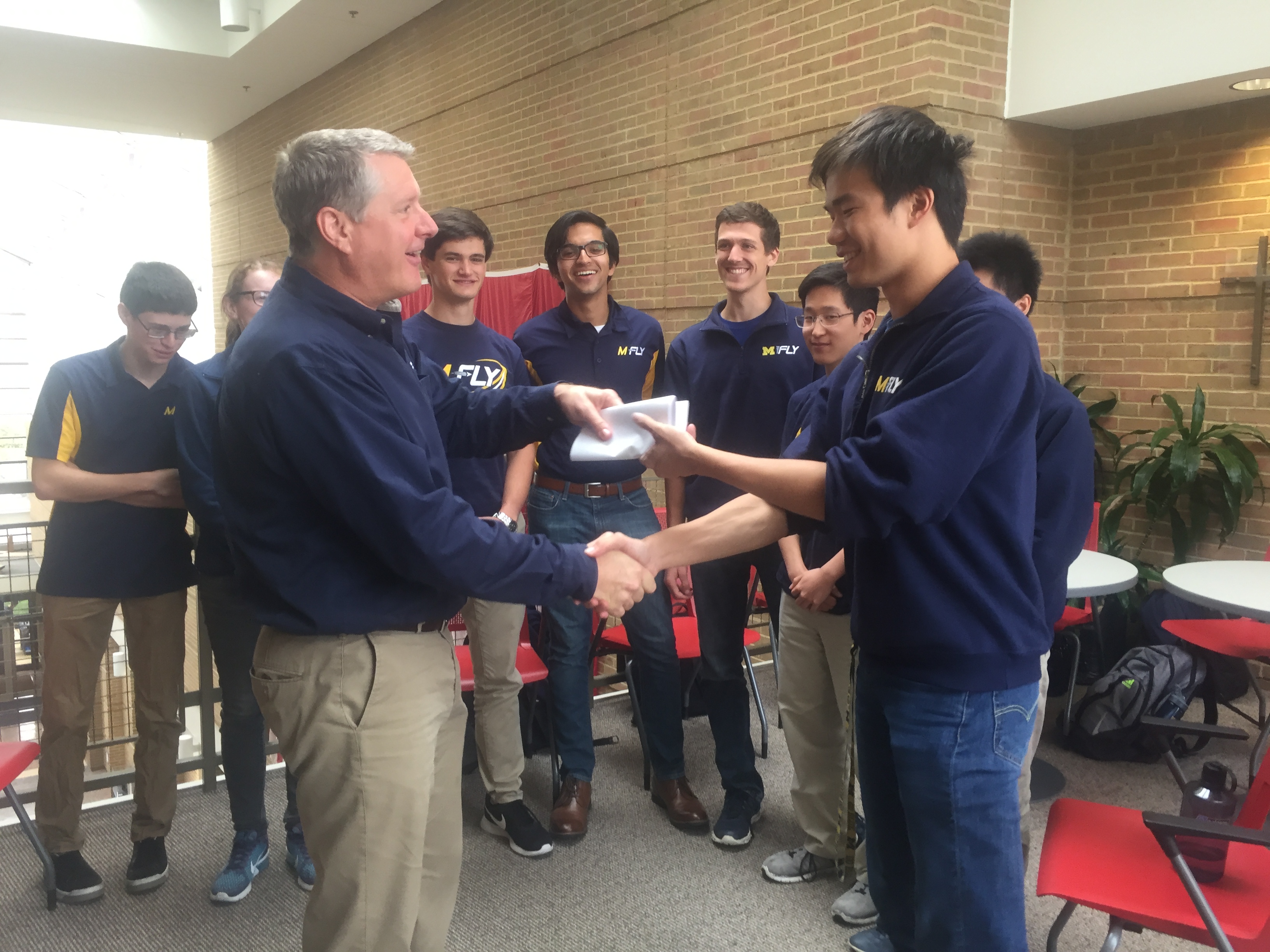 “It is an honor for me to be here and to help shape individuals that will be entering careers in aerospace… I have been impressed with the quality and objective of the MFly [student team]. With this donation, General Atomics hope to be planting seeds for future collaborations with [U-M Aerospace] and M-Fly.”

Mr. Fillmore was also a featured speaker in this semester’s the Aerospace 285 lecture series.

“We are extremely grateful for General Atomic’s sponsorship of M-Fly. The received money will support our new autonomous aircraft sub-team as it hopes to compete at the AUVSI Student Unmanned Aerial Systems competition for the first time this year in addition to the SAE Aero Design competition. This entry will provide the students with an opportunity to experience both aircraft design and autonomous systems, something that is becoming even more relevant in the aerospace industry. We thank General Atomics for this generous sponsorship!”