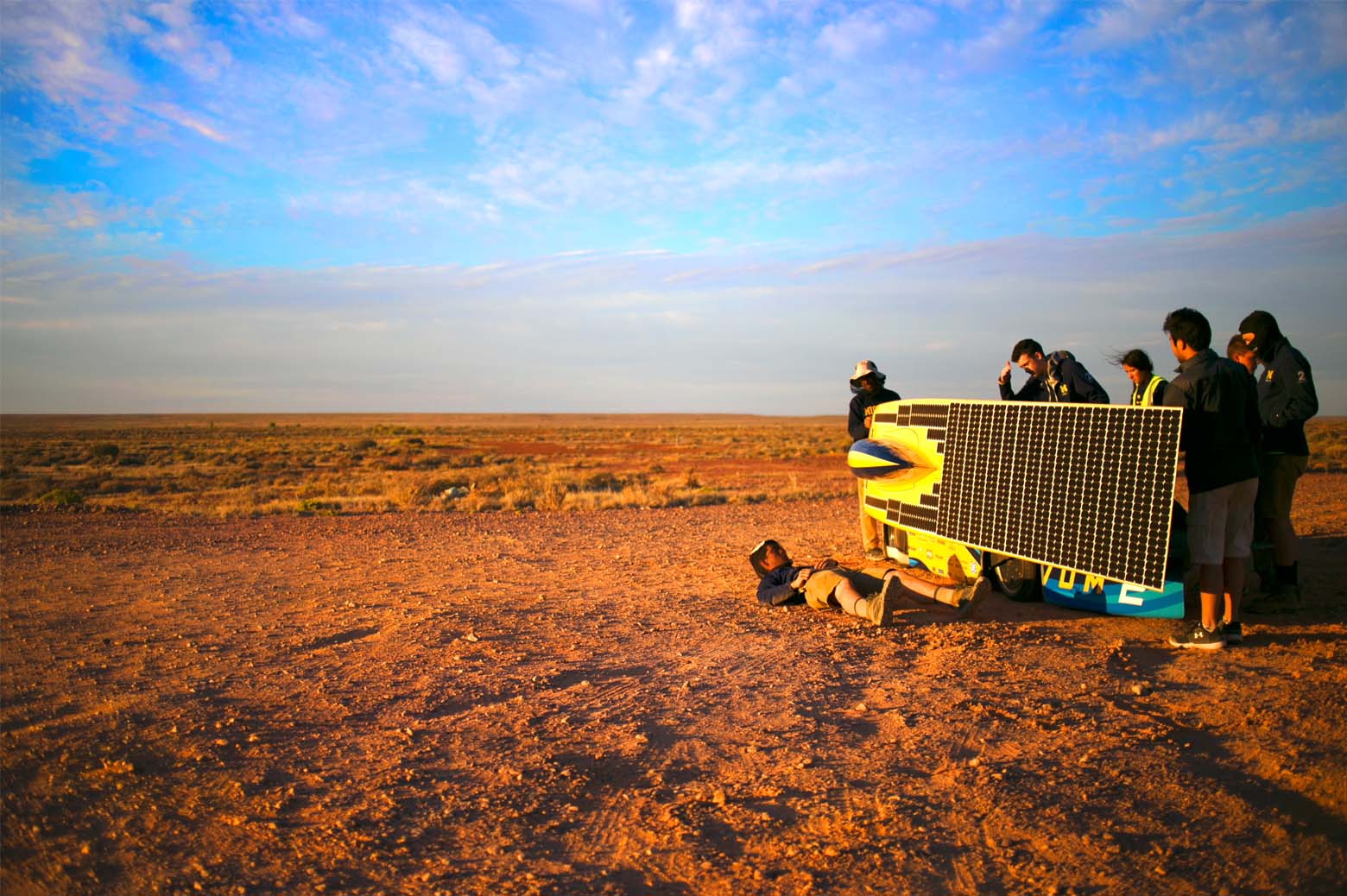 South Australia’s harsh Outback put our team and car through a grueling test. Eight long days of riding through endless stretches of sameness – the red terrain, barren landscape and a frenzy of insects wishing to meet us. Yet, this landscape has strengthened our team and tested our rigor. 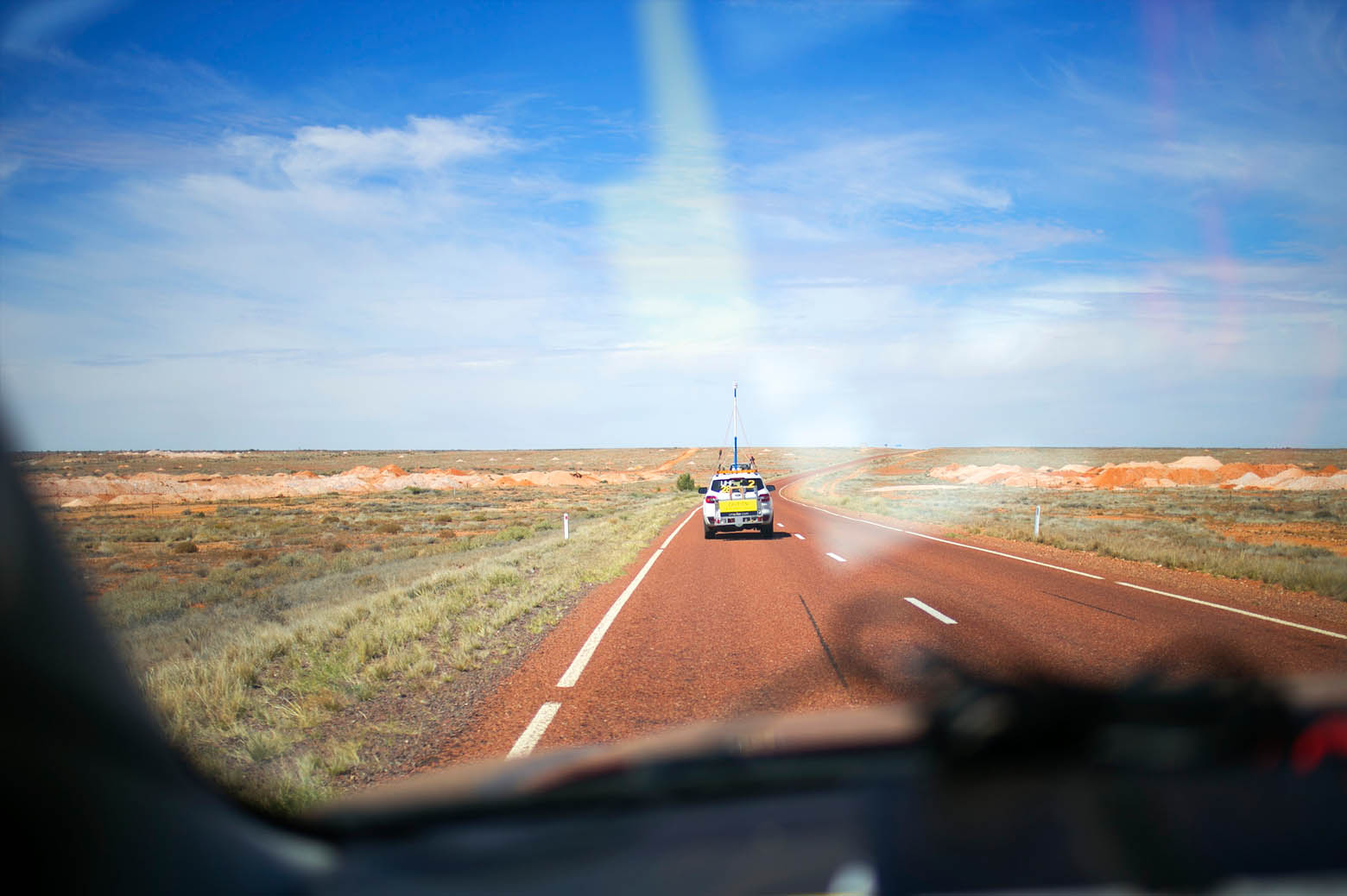 Race rules allow road testing between Glendambo and Coober Pedy on the Stuart Highway – the longitudinal artery connecting north and south Australia, and the official race route of the Bridgestone World Solar Challenge. Slightly bending through the fruitless desert, the constant mirage ahead of Novum led us further down the road.

Driving back and forth, we became intimately familiar with the landscape and the same four gas stations along our repetitive route. When you sit in the car from 8 a.m. to 5 p.m. each day, it’s easy to lose track of time.

“During a control point, at which the arriving driver has to configure the car for charging on their own, Chae was rushing to set up the array and lifted the upper from a position it wasn’t meant to be lifted,” recalls Zoellick. “This applied a lot of torque to one of the mounts on the array stand, disconnecting one of the arms.” 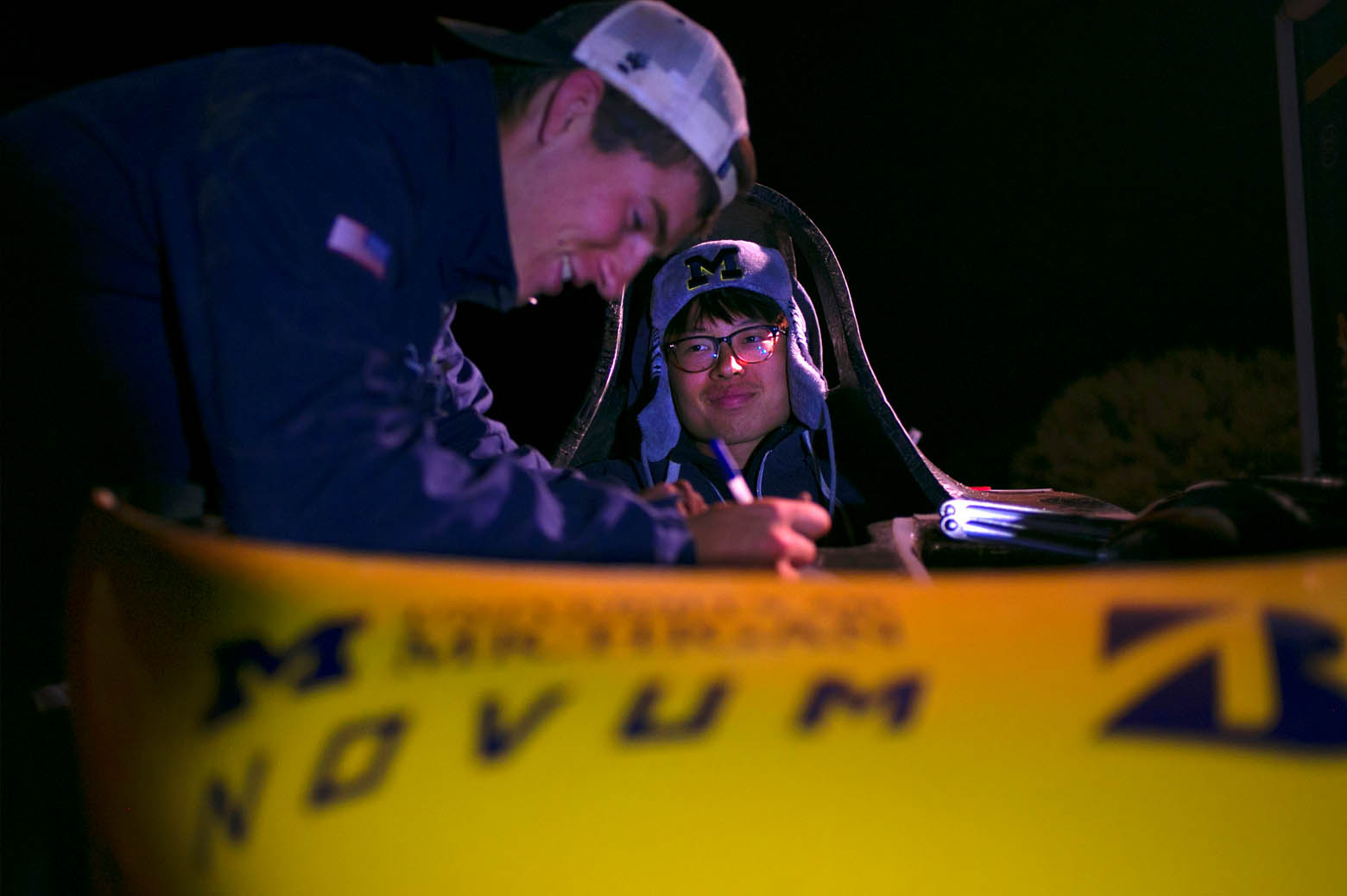 “I felt really bad,” says Chae Woo Lim, driver. “I was upset with myself because I knew problems were directly caused by me. After the debrief, when I brought that stuff up, everyone’s feedback was unexpected. I was genuinely really touched. I think it clearly shows how much we’ve developed from the beginning to where we are now.”

With everyone in race-mode, rising tensions are amplified by the harsh environment. The high-stakes of the situation is understood by all, but especially by the drivers.

“Today was the first time I was like, wow this could kill you,” said Nate Silverman, one of Novum’s drivers. “It’s scary but a very humbling experience.”

Whether it’s the thirty-mile-per-hour gusting winds pushing Novum out of the narrow lanes, mammoth road trains, a miscalculated judgment or delayed reflex – driving means jeopardizing the car and fragile array. If the array is damaged, we might have to say farewell to the finish line. 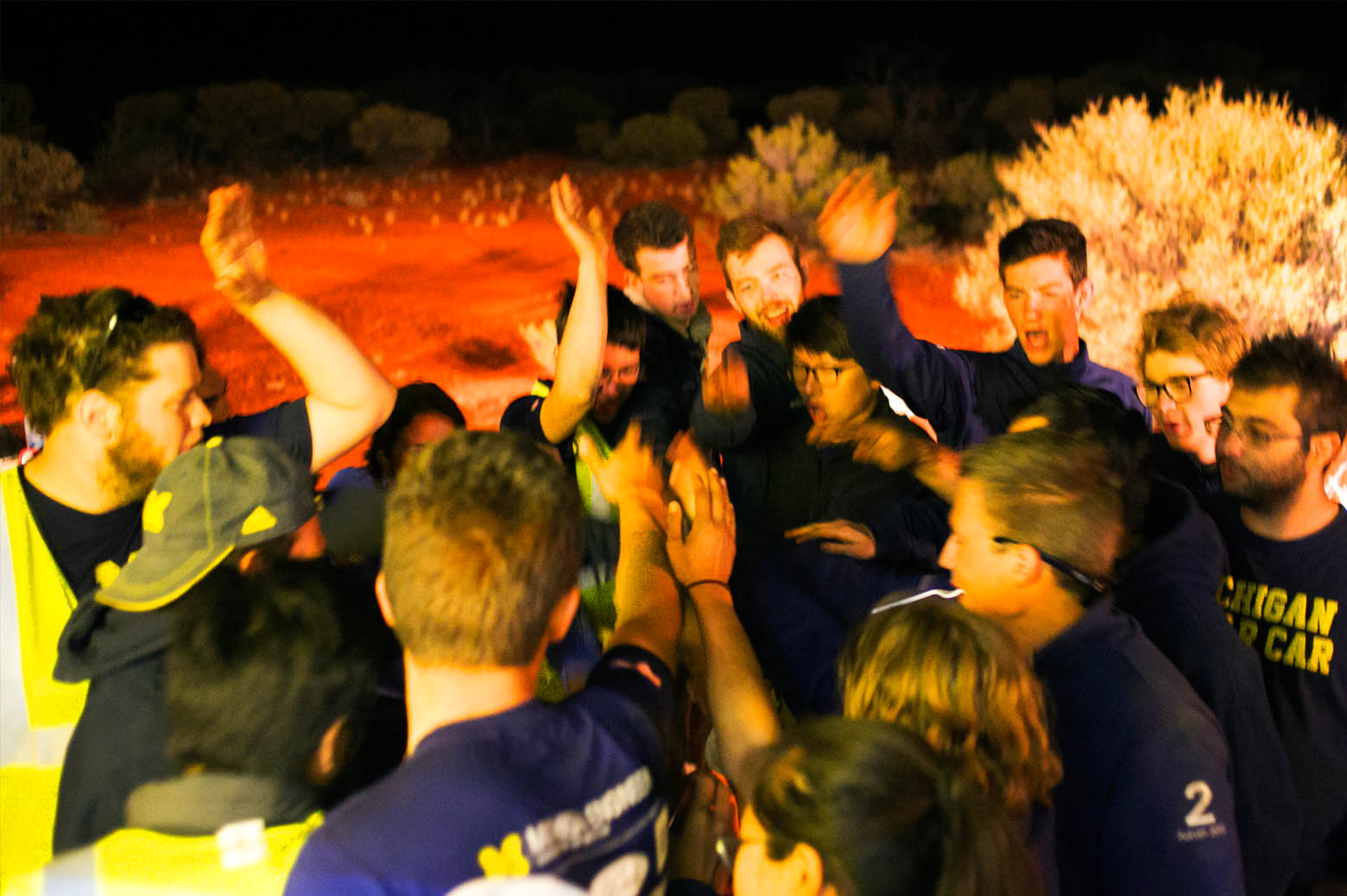 IMAGE:  "GO BLUE" at the end of a long day. Photo: Akhil Kantipuly

“We do have the risk of crashing the car,” says Clayton Dailey, the team’s engineering director. “I think with everything there’s a balance. We’re still learning enough each day that we’re not wasting our time our here. If we had built a perfect car, there would be no need for a mock race.”

The eight long days of mock race may be more intense than anything we might see during the real thing. It’s crucial for us to reveal Novum’s flaws and be prepared for everything the Outback reveals to us.