Annalisa Manera has been promoted to Professor. She has been recognized for initiating a computational and experimental teaching and research program in nuclear thermal hydraulics in the U-M NERS department. Manera also received the Director’s Award from the Consortium for Advanced Simulation of Light water reactors (CASL) for “exceptional leadership and enthusiastically stepping forward to accept responsibility for key milestones on the CILC (Crud-Induced Localized Corrosion) challenge problem.” 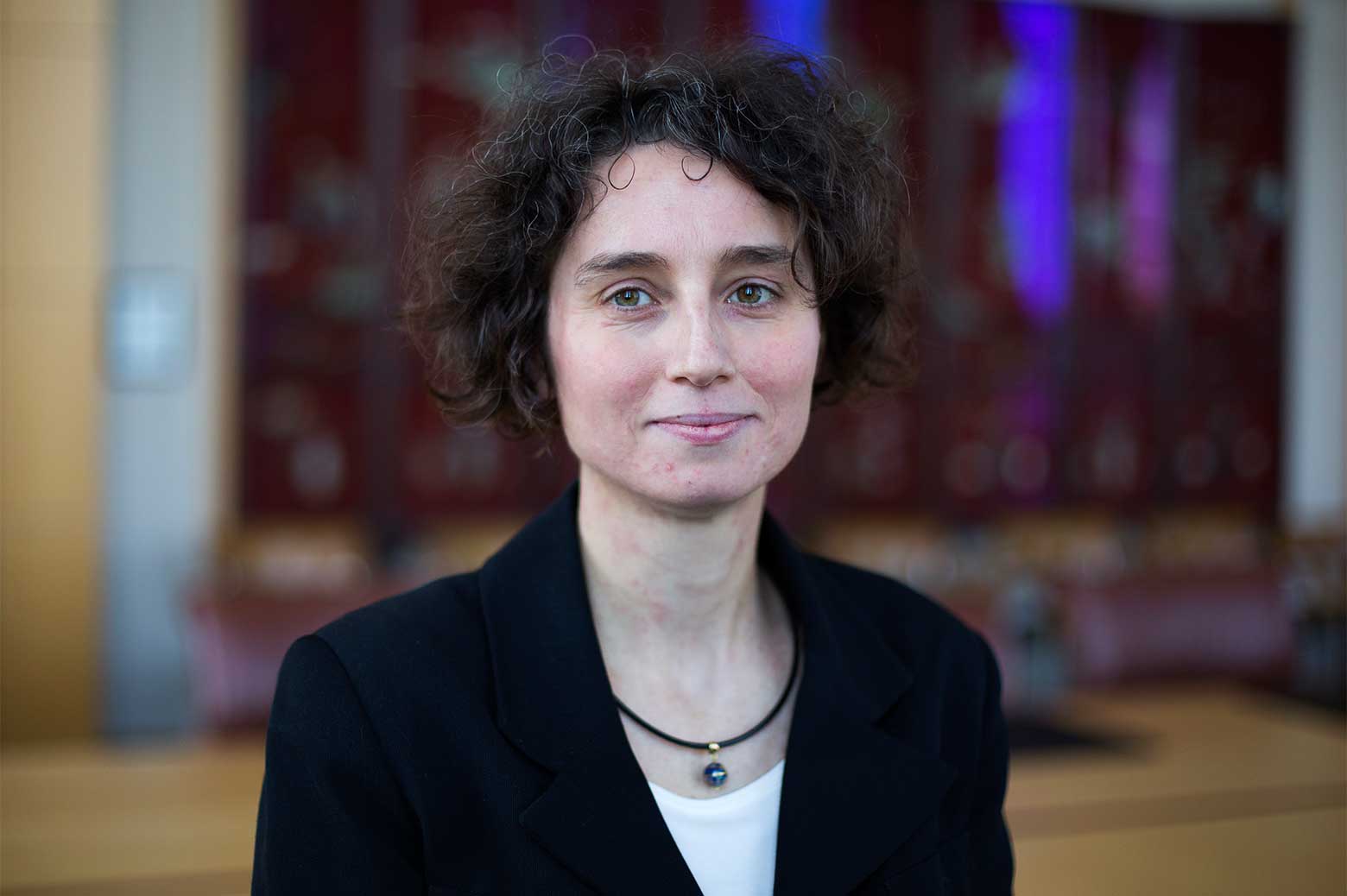 Professor Kearfott, who heads the Radiological Health Engineering Teaching Lab, has received the American Nuclear Society Rockwell Lifetime Achievement Award. She was recognized for her “dedication to the education of students through formal course work, curriculum development, research, and publishing in the field of radiation protection with a specialization in radiation dosimeters, dose assessment, shielding and operational health physics.”

Kearfott also received the Willie Hobbs Moore Award: Claudia Joan Alexander Trailblazer Award for groundbreaking accomplishments and contributions to STEM from U-M’s College of Engineering. Moore (1934–1994) earned bachelor’s and master’s degrees in Electrical Engineering in 1958 and 1961 respectively, the first African-American woman at U-M to do so. 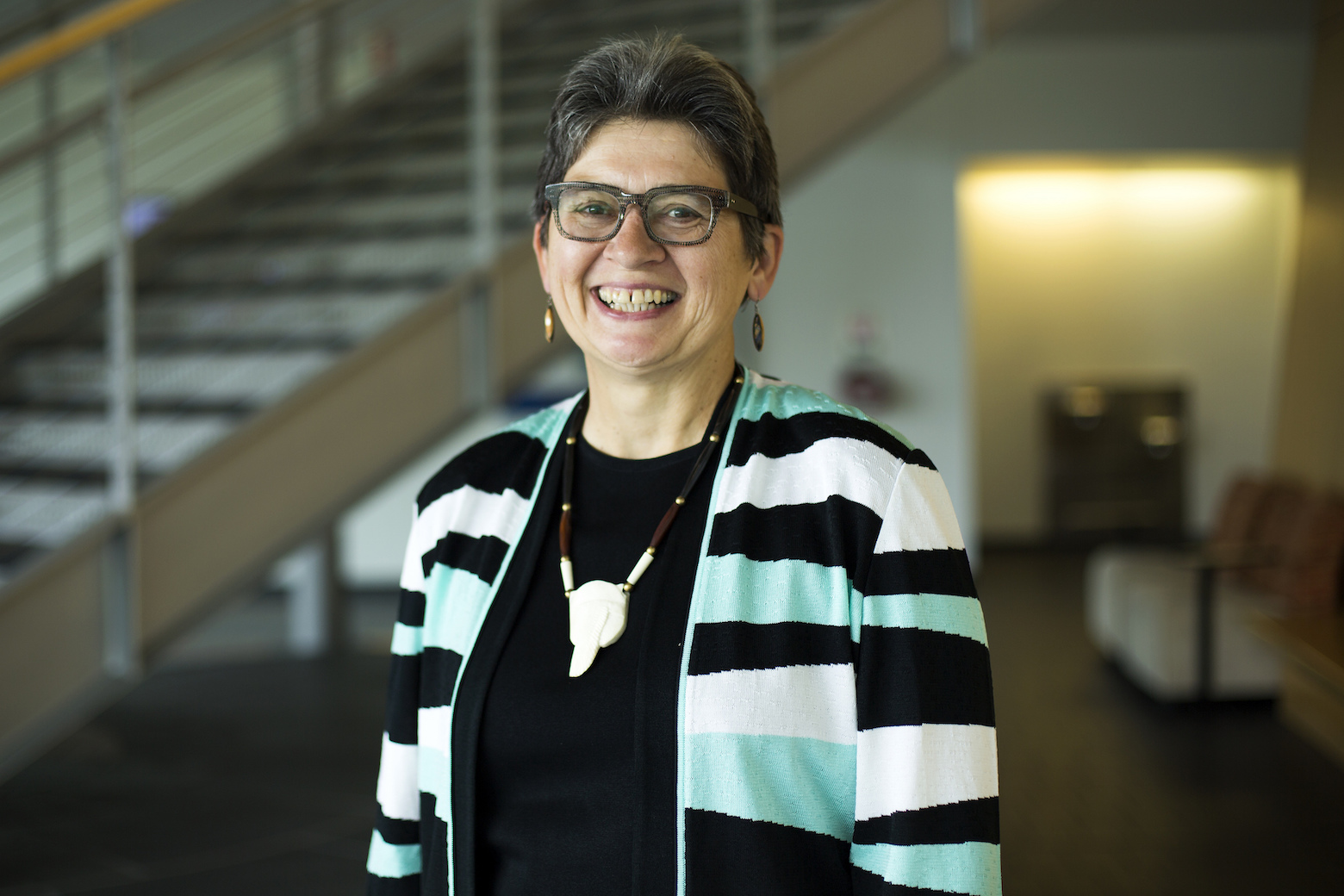 Professor Gary Was, who directs the Michigan Ion Beam Laboratory, has been elected Fellow of The Minerals, Metals & Materials Society (TMS). He is one of only 120 individuals who have been awarded the designation among the society’s 13,000 members. He was selected for his “seminal contributions to understanding environmental degradation of structural materials, with emphasis on irradiation-assisted stress corrosion cracking and irradiation-induced microstructural changes.”

In addition, Was received the American Nuclear Society’s Mishima Award. Named for the late University of Tokyo professor Yoshitsugu Mishima, the award honors individuals whose work impacts nuclear fuels and materials development. Was was recognized for his “world leadership in nuclear materials and radiation materials science, cutting-edge research and outstanding contributions in development work on nuclear fuel and materials.”

The American Society of Engineering Education also has awarded Was its Glenn Murphy Award for “his dedication to the education of a generation of outstanding researchers in nuclear engineering in general, and nuclear materials in particular.” The Glenn Murphy Award recognizes distinguished educators for their notable work teaching nuclear engineering students. Professor Murphy served on the Iowa State University faculty from 1932 until 1978, helping create the Department of Nuclear Engineering and serving as chair for 14 years. He was an active ASEE member. 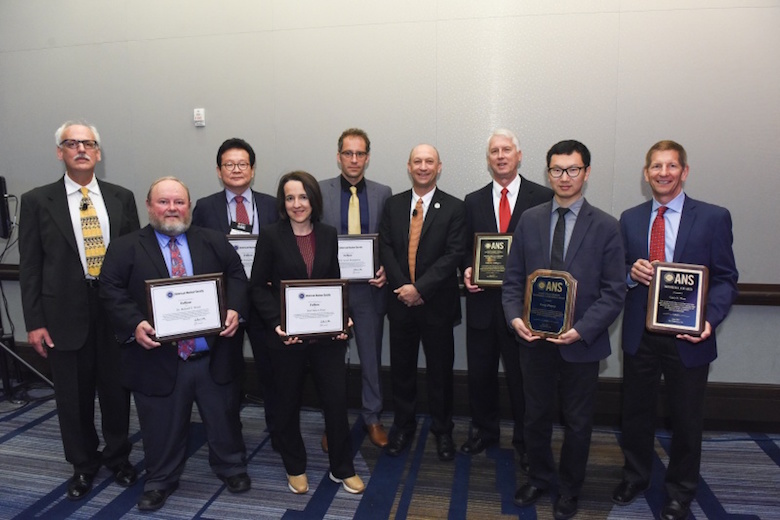 Professor Sara Pozzi was elected Fellow of the American Nuclear Society. Pozzi heads the U-M Detection for Nuclear Nonproliferation Group and also is the founding director of the Consortium for Verification Technology (CVT), a multi-institution initiative comprised of 12 universities and nine national laboratories. The CVT institutions are working together to provide the research and development and human capital needed to address technology and policy issues in treaty-compliance monitoring.

Pozzi was recognized for her pioneering research on nuclear measurements and nonproliferation, specifically for “sustained, outstanding contributions to the field of nuclear nonproliferation and safeguards, including the development of the MCNPX-PoliMi Monte Carlo code, new detection systems for special nuclear materials, and leadership for the Consortium for Verification Technology.”

Professor Yue-Ying (Y.Y.) Lau, long-time theoretician in the Plasma, Pulsed Power, and Microwave Laboratory, has been recognized with the 2017 IEEE John R. Pierce Award for Excellence in Vacuum Electronics. The award was bestowed for Professor Lau’s “seminal contributions to our understanding of the technical foundations of vacuum electronics, and for training generations of talented engineers and scientists in the field.”

The award was presented at the IEEE Vacuum Electronics Conference in April in London, UK, and Professor Lau delivered an invited plenary talk during the event. 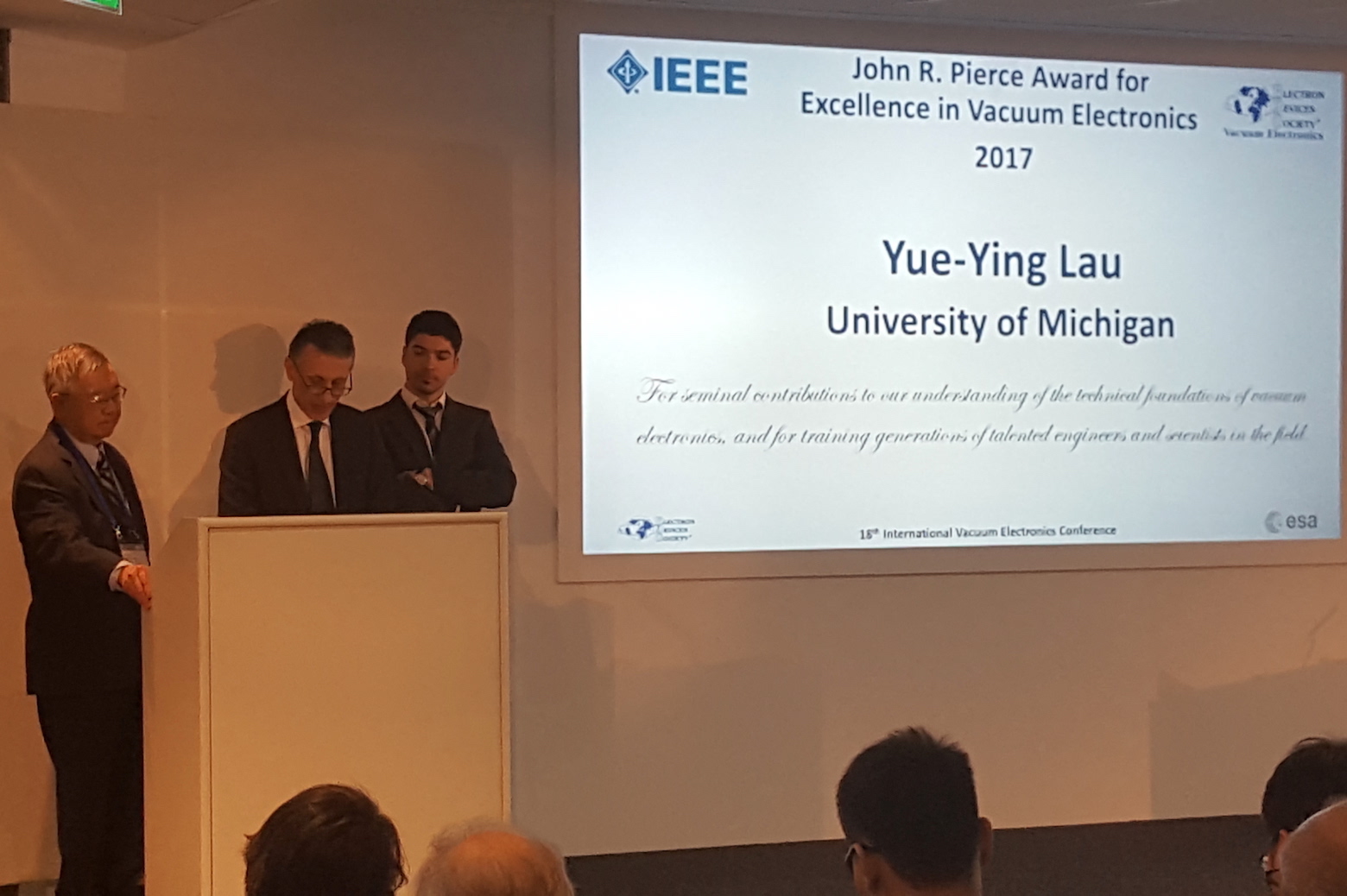 Gilgenbach has also earned the 2017 IEEE Peter Haas Pulsed Power Award “in recognition of his leadership, mentorship and advancements in education in the field of pulsed enabled plasma physics.” Recipients must demonstrate sustained contributions that lead to important advances in the field. The award was presented at the IEEE Pulsed Power Conference in June in Brighton, England. Gilgenbach also gave an invited plenary presentation in which he highlighted contributions of the 50 PhD graduates he has supervised or co-supervised at U-M over the past 37 years. 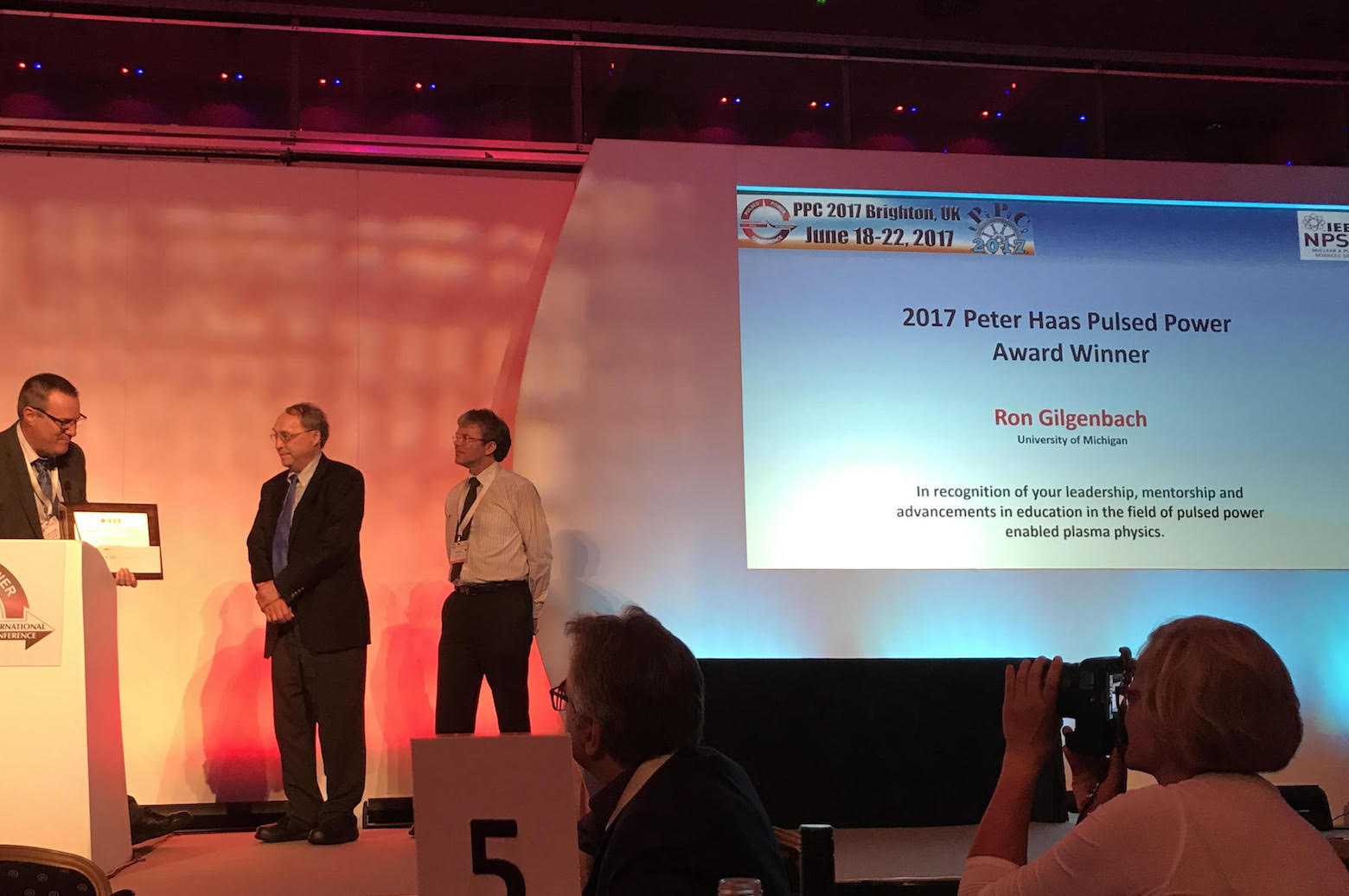 Presidential Postdoctoral Fellow Patricia Schuster (BSE NERS ’11) has won an ADVANCE Elizabeth Caroline Crosby Research Award for her work on a nuclear arms control verification system. The awards are intended to support the work of science and engineering instructional, research, and clinical track faculty and help increase the retention or promotion of female scientists and engineers. This award will support further collaboration with colleagues at Sandia National Laboratories, fund an undergraduate research project and enable the construction of a prototype system at the University of Michigan.

Schuster, who earned her PhD from University of California at Berkeley in 2016, also has received an IEEE Nuclear and Plasma Sciences Society (NPSS) Glenn F. Knoll Postdoctoral Education Grant. This grant will provide travel funds for collaboration meetings with Sandia National Laboratories and for attending the IEEE NSS conference. 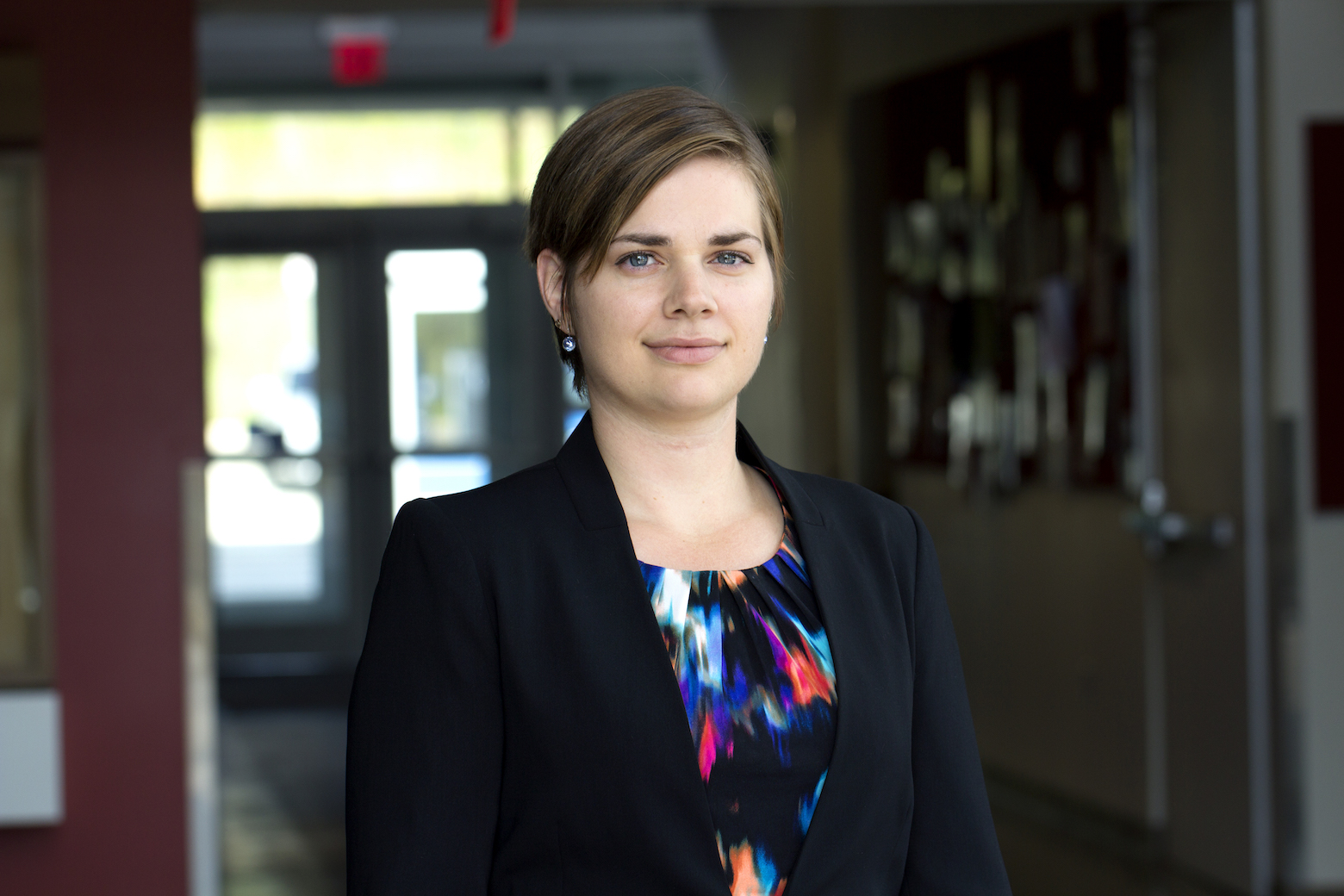