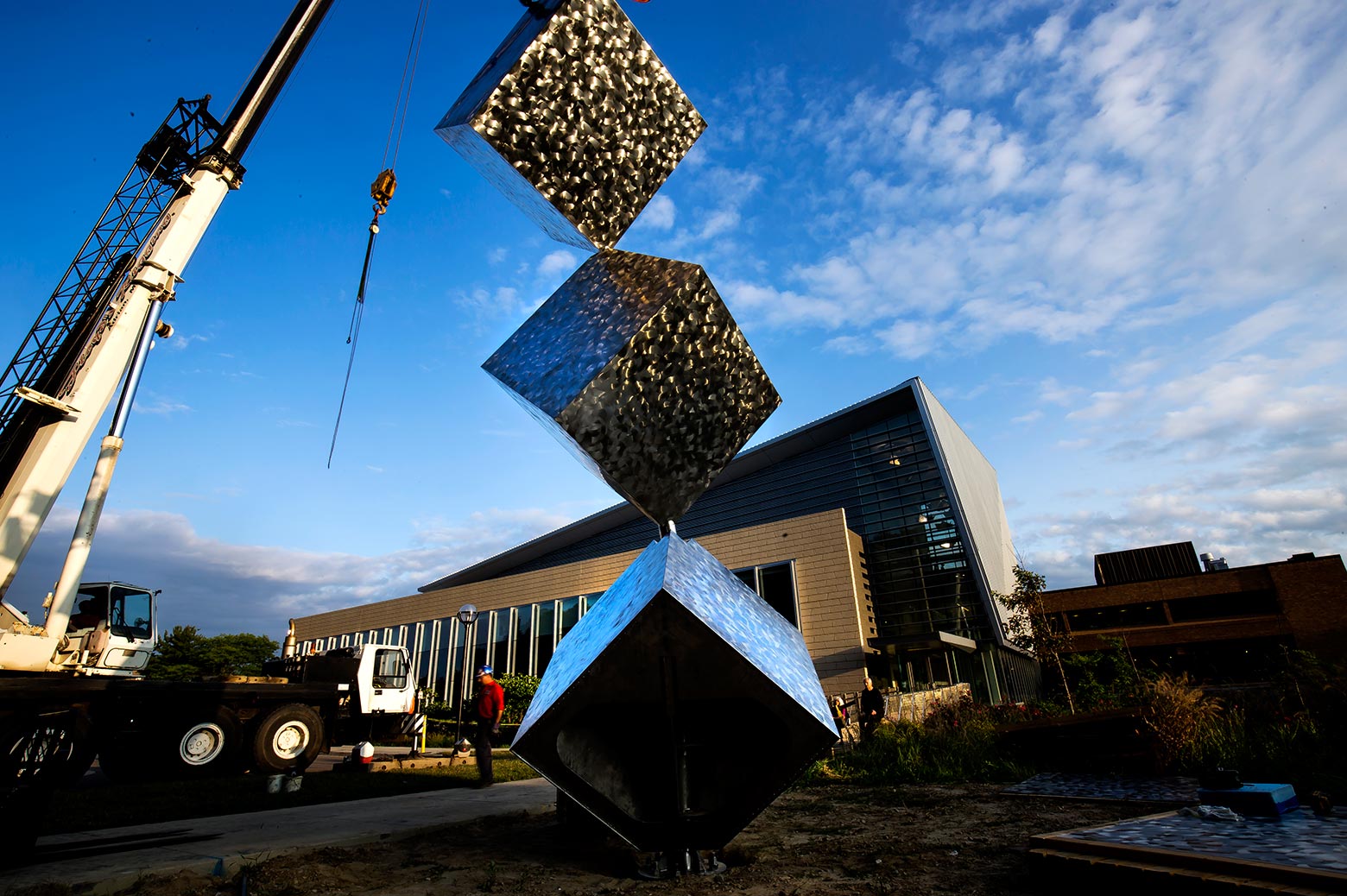 North Campus’s most recent piece of artwork is meant to not only catch your eye, but really make you think. The sculpture was recently installed at the entrance to the University of Michigan’s (U-M) Mechanical Engineering Department’s G.G. Brown Building on Hayward Street.

“When Chuck was dean, he had an interest in establishing a collection of artwork on the University of Michigan’s North Campus,” said Alice Simsar, a fine art consultant who works with U-M. “That’s why this gift in his name is so fitting. An official dedication of the sculpture will be planned in connection with the U-M Mechanical Engineering Department’s 150-year celebration in 2018.”

This isn’t the first time Stewart has been involved with a piece of art on the U-M’s North Campus. He worked with fellow sculptor and mentor Kenneth Snelson on the fabrication of Indexer II, 1999 – 2000 that is located on Bonisteel Road near the reflecting pool.

“This sculpture draws on the work of David Smith and George Rickey,” said Stewart. “Smith explored the composition of simple geometric forms to imply motion. Rickey followed by introducing actual motion to the composition of simple geometric forms and I have attempted to take the trajectory of their explorations to the next level employing twenty-first century tools to the age-old process of sculpture.”

Stewart’s sculpture took him close to two years to complete. At times, seclusion and lots of testing (even in winds up to 115 miles per hour) were necessary to make sure it could stand up to the elements.

“Sculpture in the built environment is incredibly important because everyone has their own relationship with it,” said Stewart. “I enjoy creating pieces that engage not just one type of person, but everyone. This sculpture will be something engineers can problem-solve and 3-year-olds will stare at in wonderment.”

The Hayward Street entrance to the U-M Mechanical Engineering’s G.G. Brown building is the perfect home for the new sculpture according to Stewart. He hopes the work will inspire young engineers to think outside of the box. With equal parts imagination and engineering the possibilities are limitless.

“Artists are similar to engineers in that they too are problem solvers,” said Simsar.