Without skipping a beat, the crew quickly set up our workspace in Hangar 107. On the outskirts of suburban Adelaide, Parafield Airport is home to historic and recreational aircraft, and now to Novum.

There is an interesting juxtaposition inside – on one end, college students work on a space-age car built from carbon fiber and powered by the sun. On the other, older men and women work to restore WWII era fighter planes, other classic jets and even the occasional classic car.

“The projects look very different, but in fact many of the underlying principles of aerodynamics and vehicle engineering are the same,” says Sarah Zoellick, business director. 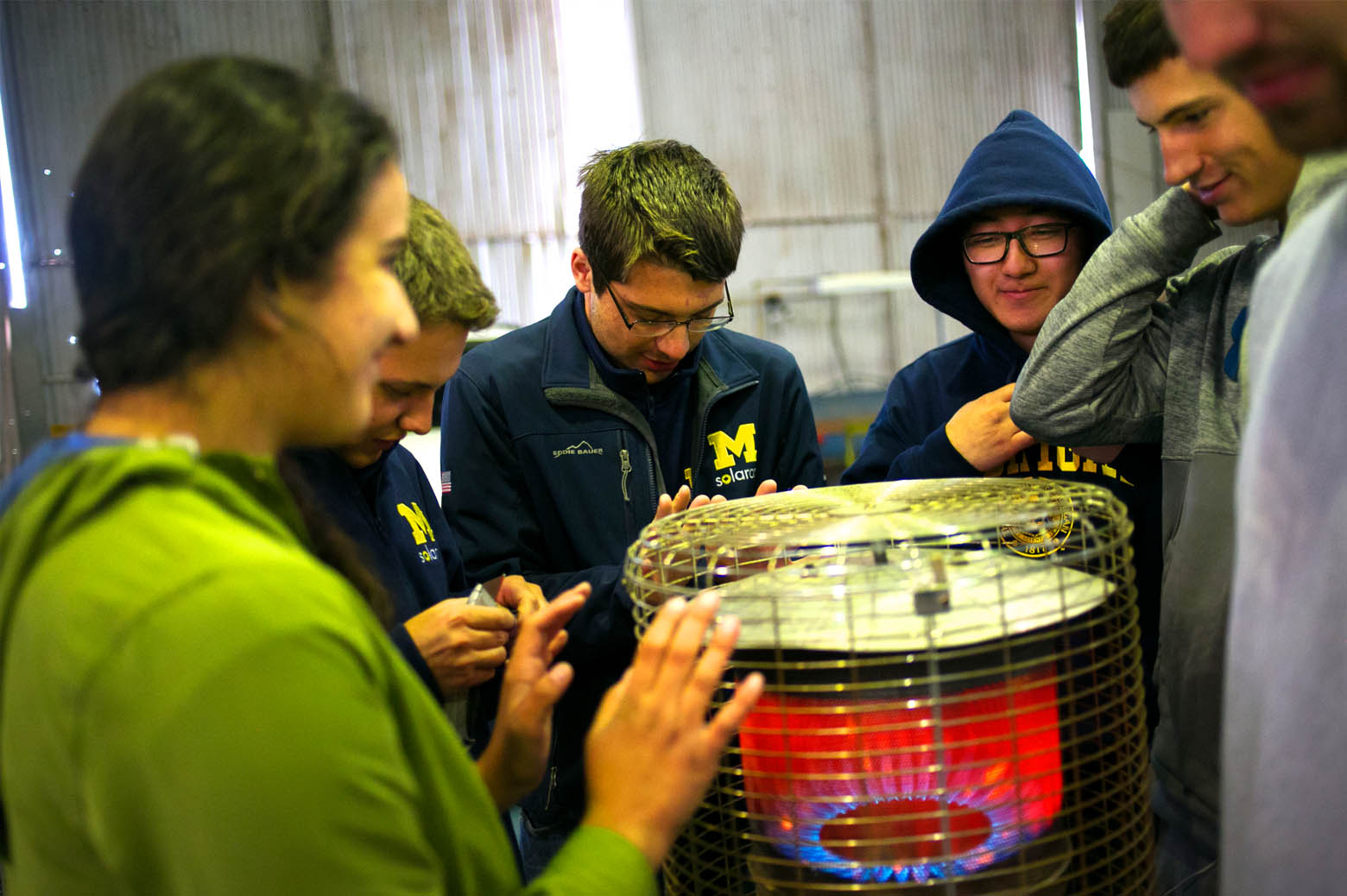 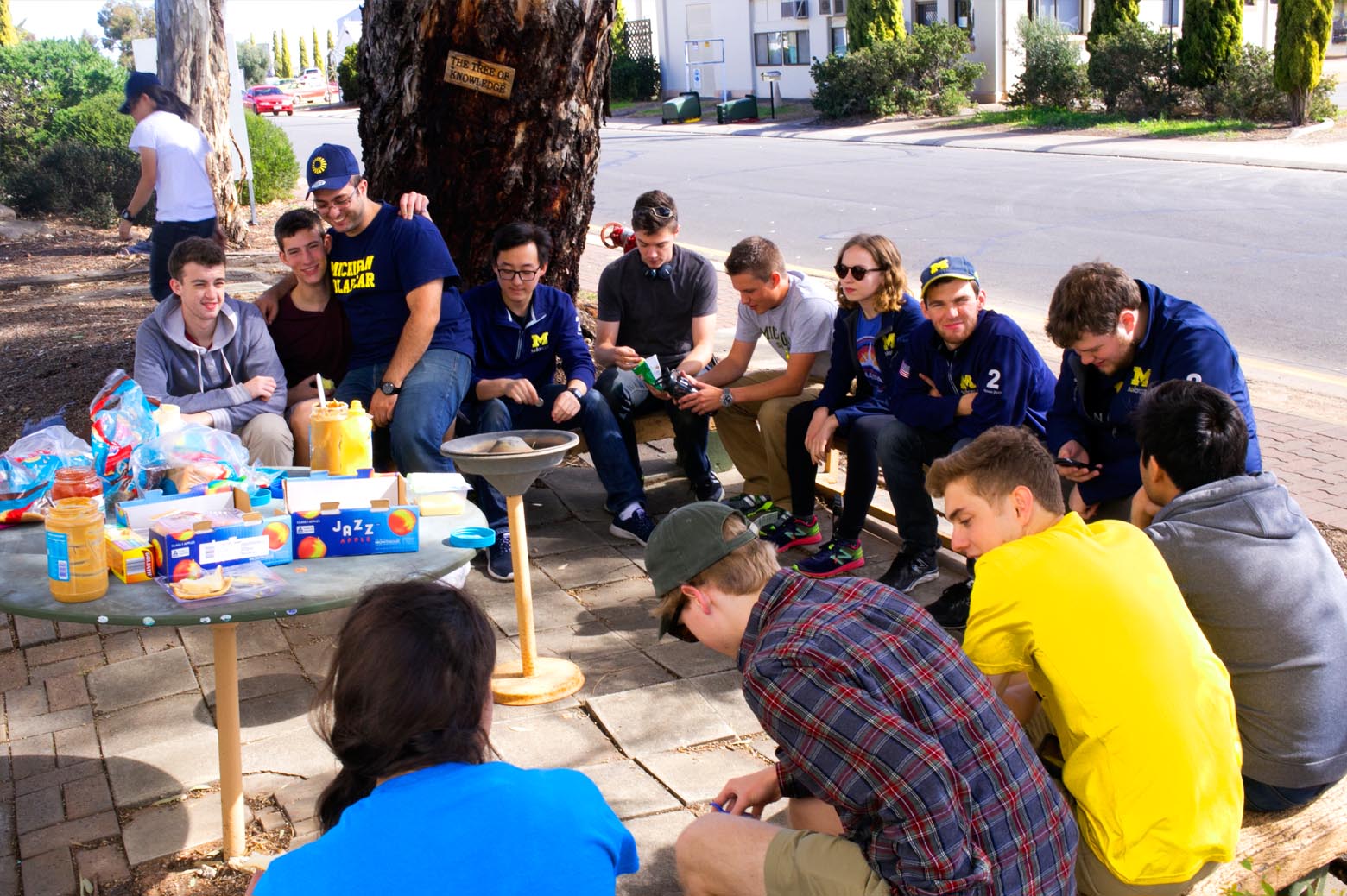 IMAGE:  When it’s warm enough outside, the team gathers around The Tree of Knowledge for lunch. Photo: Akhil Kantipuly, U-M Solar Car Team

“We’ve got tables set up alongside the car, organized by division, where we can do our assembly work and other smaller manufacturing stuff,” says Perry Benson, mechanical lead. “Everyone has their own little area where they can work and it’s not crowded at all, which helps the workflow go more smoothly. If people can get the tools they need and get the work done without having to wait on somebody else, then it makes things a lot less stressful.”