EECS: Computer Science and Engineering
August 18, 2017
If there's one event at Michigan that reflects students' raw enthusiasm for hacking and building, it's MHacks, the infamous student-run hackathon.| Medium Read
Enlarge 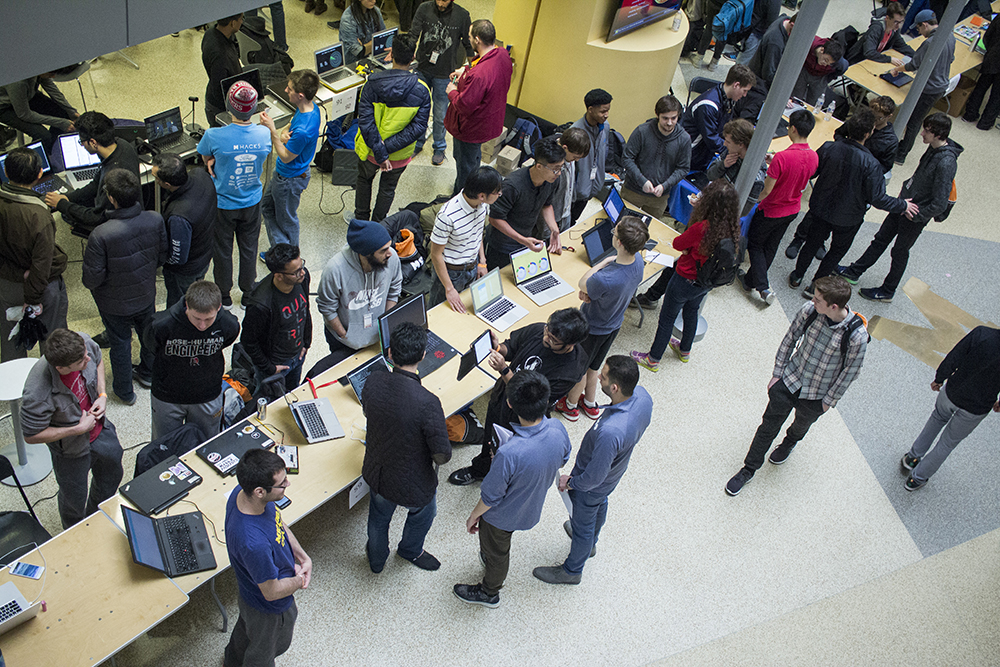 IMAGE:  Students show off their projects at the end of MHacks 9.

If there’s one event at Michigan that reflects students’ raw enthusiasm for hacking and building, it’s MHacks, the infamous student-run hackathon.

MHacks hasn’t always been an institution at Michigan, but it did become one quickly.

The first MHacks took place on February 1–3, 2013, just as the student hackathon phenomenon began to blossom at college campuses nationwide. It hosted over 500 students, was crazy and euphoric, and at that moment in time was the biggest event of its kind.

MHacks II was held September 20–22, 2013 and hosted over 1200 students in Michigan Stadium, once again claiming the title for the biggest and most outrageous college hackathon. MHacks events have continued to take place twice each academic year and are completely run by students, but the focus has shifted from competing with other hackathons for notoriety to an emphasis on event experience quality and on impact, from inclusion to accessibility. MHacks:Refactor, held in February 2016, set a goal of a 1:1 female to male hacker ratio; it came very close achieving that goal.

MHacks 9 hosted 700 students and had two key initiatives: encouraging empathy-driven design and an increased focus on the local community. 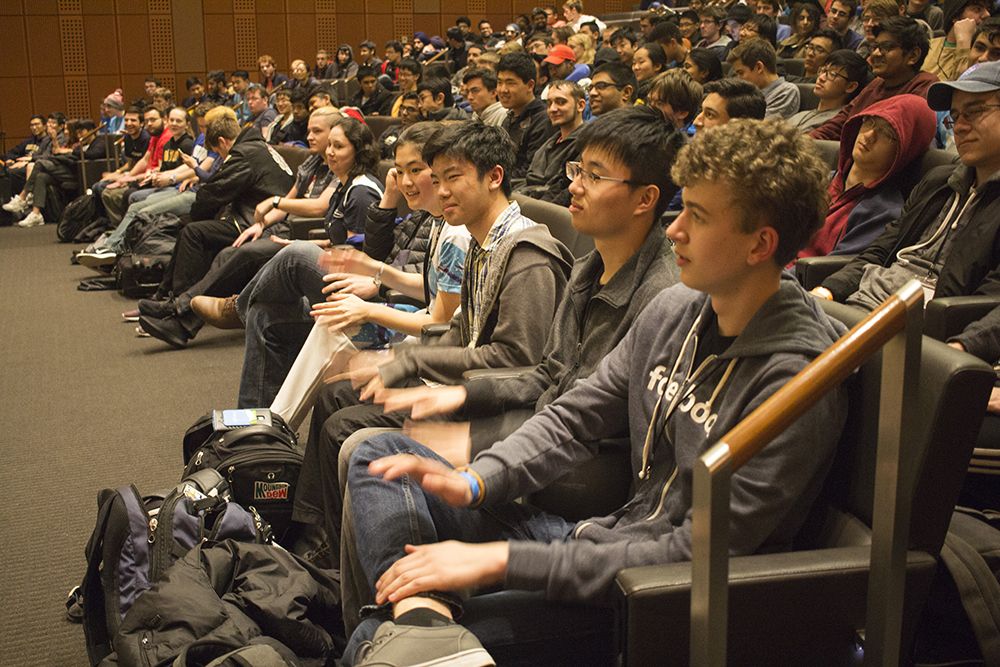 IMAGE:  Students gather for the closing ceremony at MHacks 9.

According to Nevin Mital, MHacks Director of Logistics and undergraduate major in computer science and business administration, the idea for empathy-driven design was to encourage both better quality projects and well-rounded students by promoting design-oriented workflow. “This meant encouraging participants to keep a true user-first approach in mind when bringing a project to life,” said Mital. “We felt this was important because we can see the evolution of tech products in this direction.”

MHacks 10 will take place this September 22-24 and will celebrate its legacy and the hacker community.

In terms of focusing on the local community, the motivation was two-fold, according to Mital: “Detroit is being touted as the next design hub as its revitalization makes it a prime location for new and innovative discoveries, and we wanted to give back to the community in the same way it’s supported us to this day. As such, we gave priority to local students and companies that were interested in being at MHacks and increased outreach to Michigan schools.”

MHacks X will take place September 22–24 this fall, and in recognition of this milestone student organizers are planning for a larger event in the range of 1200 participants, to take place on North Campus. According to Mital, “We plan to celebrate the history and legacy of MHacks and the Hackathon Community by taking a look back from the beginning until the present day to pinpoint what it was that made each MHacks unique. We are also partnering with the SWE/TBP Career Fair to give students a better recruiting experience.” 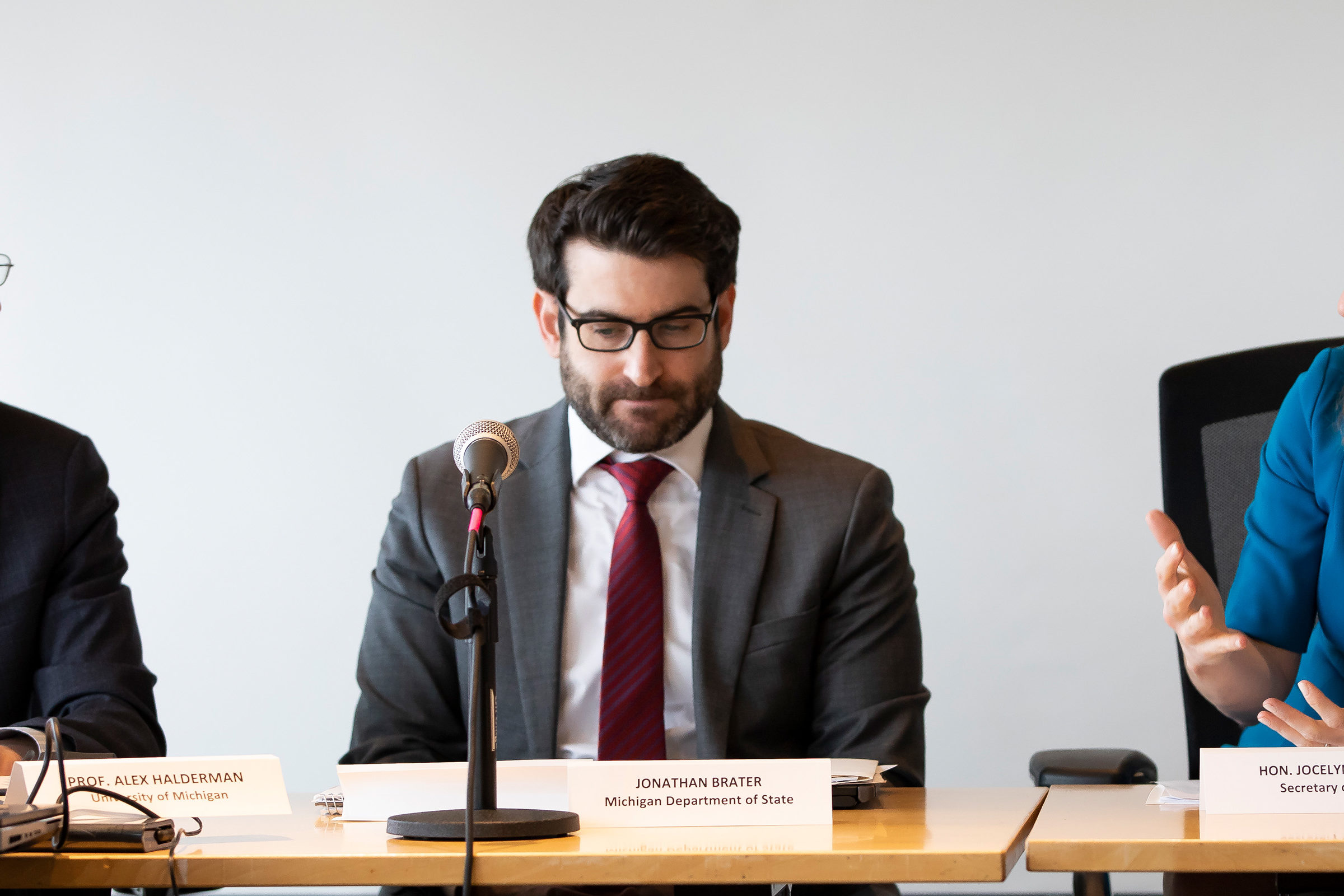