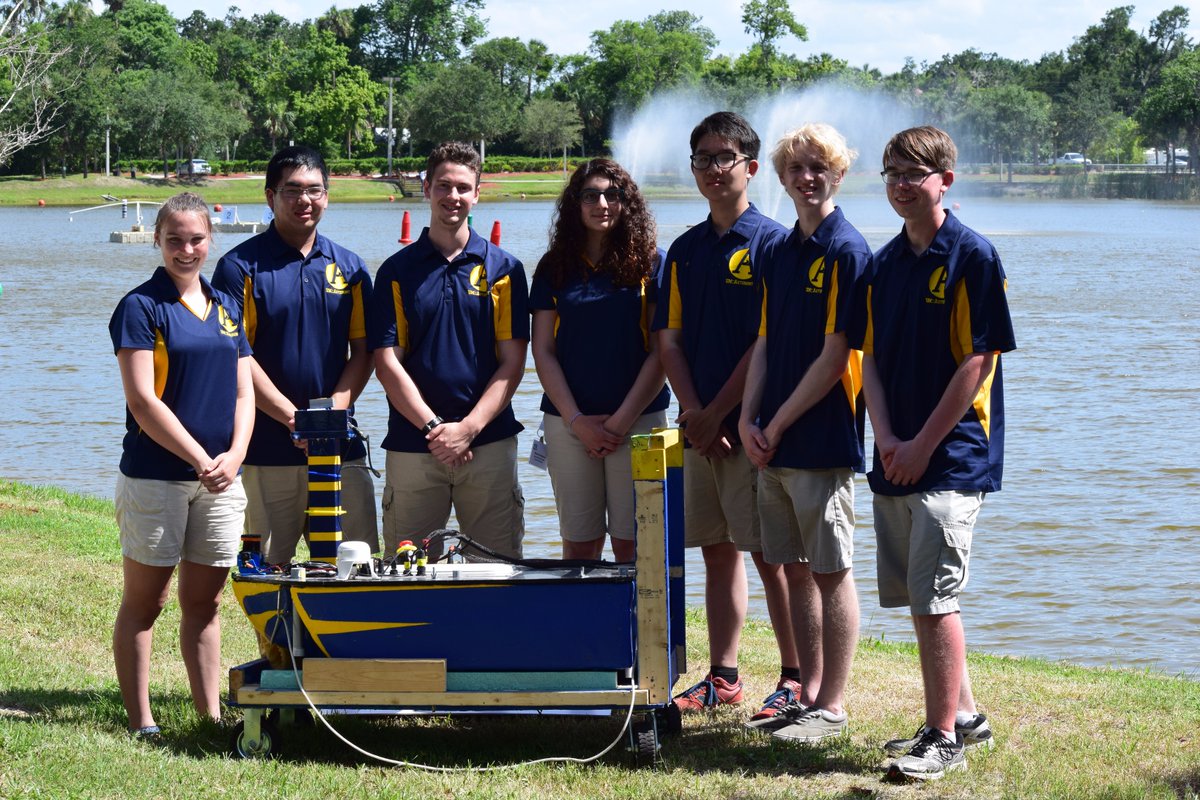 The UM::Autonomy team brought their latest autonomous boat, called Flying Sloth, to participate in the Association for Unmanned Vehicle Systems International Foundation Roboboat competition. This year, they managed to simplify the code running the boat, changed their design to a more stable model, and added a dedicated business team to run their promotional material. Though the team didn’t make it into the finals (the top five out of nine entrants), they placed second in the 20 minute design presentation session. In addition, they were presented with a $500 award for the best team introduction video and journal paper.

Flying Sloth, which is completely designed and programmed by the students, must be able to complete a wide range of challenges that are designed to expose students to the many difficulties of autonomous operation, including navigating an unmanned aquatic obstacle course.

In a departure from previous designs, Flying Sloth was built with a monohull instead of a catamaran design. This change provided a large internal volume, which was able to house all of the electronics. Additionally, the Artificial Inelligence (AI) team narrowed most of the boat’s code down to just Python and C++. Reducing the types of code that run on the boat reduces complexity and avoids many unforeseeable bugs.

While difficulty with electronics at the time of competition meant a sixth place finish overall, the team was proud of the work that earned them the paper and video special prize.

“The effort put into our paper and video really showed through and I was not expecting them to be as praised as they were,” says Elliot Mueller, the team’s vice president for this season.

“The leaps and bounds that the two freshman AI team members at competition made during these sessions were incredible,” says Anthony Uytingco, the team’s electrical lead. “Any apprehension for the future of the team went away as the pair of them figured out the system and shouted out ways to fix different things for the future during testing.”