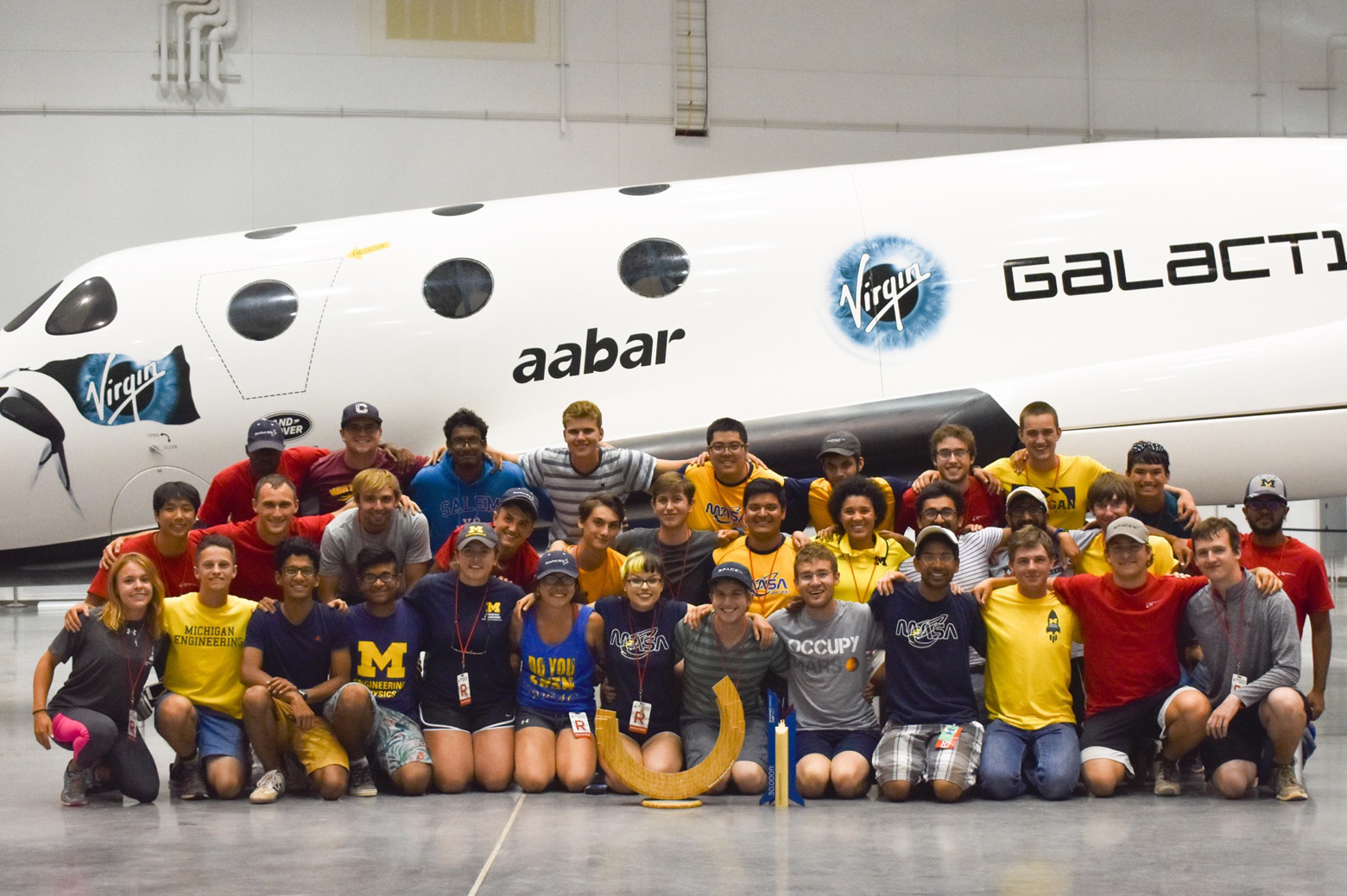 MASA is an interdisciplinary team that designs and fabricates sounding rockets, focusing on projects involving new hybrid propulsion technologies and composite structures. MASA launched their Tortas 8 rocket (named after a Mexican restaurant, 8 Tortas, on Plymouth, where the team eats after engine tests) in the 30,000 ft. student built hybrid propulsion category. It placed first in this category, and was also voted the best rocket overall by judges. Tortas 8 was powered by a student-built hybrid rocket engine, called Gamma Centauri, that members have been developing for 3 years.

“The launch at competition was one of my favorite moments. It was the culmination of a massive effort over the course of the past year.”Jacob Sigler, Chief Engineer 2016-2017
Tweet

A lot of EECS work went into supporting the test, including sensor setup, data logging, and solenoid/valve control. The avionics team built a wireless control system for the flue filling procedure, allowing the rocket launch to be controlled from beyond the required 1,000 ft. distance. This was the team’s first all-wireless launch system used at competition.

The avionics team also built an entirely new data logging system, which is used to log data from ground tests and characterize the rocket engine’s performance. The rocket’s initial system had difficulty working in the cold Michigan winters, and would often lose data. The rebuilt system, which took weeks to finish, included redundant data logger modules and has been 100% reliable over 5 recent tests.

MASA is already looking forward to next year’s competition, and they are reaching out to local high school students to get them involved in the design of the next payload.