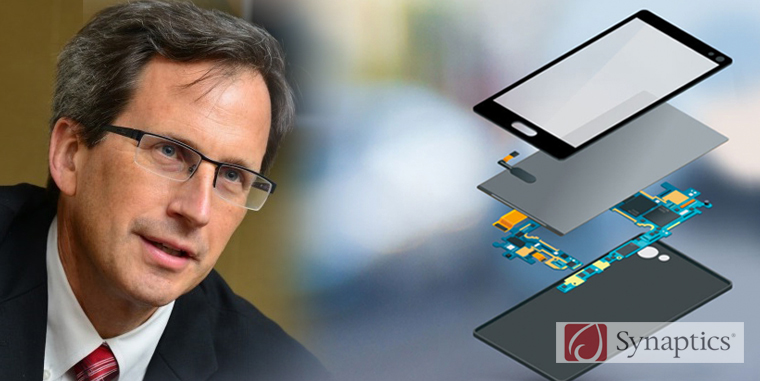 A good user interface can be the difference between a useful gadget and a forgettable dud. Touchscreens turned cellphones into intuitive pocket computers, and accurate sensors opened up the world of wearables.

ECE alum Rick Bergman, CEO of Synaptics, is working to make tomorrow’s technology user friendly, safe, and reliable. The company hopes to lead what they call “the human interface revolution,” and has over 1900 granted and pending patents for common human interface technologies like touch sensors, display drivers, and biometric sensors. Their track record includes the first touchpad to replace a computer mouse, adopted by Apple in 1994.

Since its founding in 1986, the company has shipped 5 billion products, 1 billion of which shipped in just the past year. Now Bergman leads a nearly $2 billion company whose capacitive touch technology can be found in devices around the world.

After graduating from Michigan in 1986 with a BSE in electrical engineering, Bergman took a position at Texas Instruments as a marketing manager. Taking this job was a conscious decision to step out of his comfort zone.

“I recognized I was introverted and needed to develop some communication and social skills,” says Bergman. The experience paid off. During his ten years there, he earned a Masters of Business Administration at the University of Colorado, and took on a wide array of leadership positions.

Michigan gave me a fundamental foundation that I continue to leverage today, 20 years later.Rick Bergman
Tweet

Throughout the late 1990s and 2000s, Bergman took leadership positions at companies of all sizes. He worked as VP of marketing at Exponential Technology, managing recruitment and communications for the small startup. From there he took a role as VP and general manager at S3, and moved to Senior VP at ATI Technologies soon after.

At ATI he settled in until the company was acquired in 2006 by graphics and processing giant AMD. In the process, he stepped in as Senior VP and general manager at the new parent company’s Graphics Product Group.

“This was no grand plan,” Bergman says. “I just kept working hard, and I was fortunate to be able to build a broad skillset early in my career.”

Bergman worked at AMD during a time when mobile processing and the smartphone market were experiencing their first boom. As he puts it, it was a great time to be in processors. But toward the end of his time there in 2011, the tech industry began to ask: what’s the next wave of computing?

And just as Bergman contemplated the question himself, the call from Synaptics came with the answer.

The Future of Human Interface

By the time of Bergman’s arrival, Synaptics had already built a strong reputation in the human interface world. Their first major breakthrough, the now-prolific touchpad, helped make laptops thinner and propel them into the consumer market. The technology was adopted by Apple in 1995, and quickly became standard for on-the-go computing.

Synaptics is now working on technologies that are still emerging in the mobile market. In 2012 they introduced the world’s first capacitive-touch approach to use pressure recognition, also known as force sensing. This allows for a touch interface that responds to multi-finger input and different amounts of force.

This history of innovation was a strong draw for Bergman when he first got the call.

“I was excited by the opportunity to participate in a company that was revolutionizing the industry,” he says. It was pretty clear to Bergman at that time that human interface devices were the next frontier in computing. “We’ve got plenty of processing power, but how do we make these complex machines actually work well? Synaptics is somewhat unique – that’s what we do, we do human interface devices, and we’re going to continue to push the state-of-the-art.”

The state-of-the-art can mean a lot of different things for a company like Synaptics, with projects that span the consumer market. 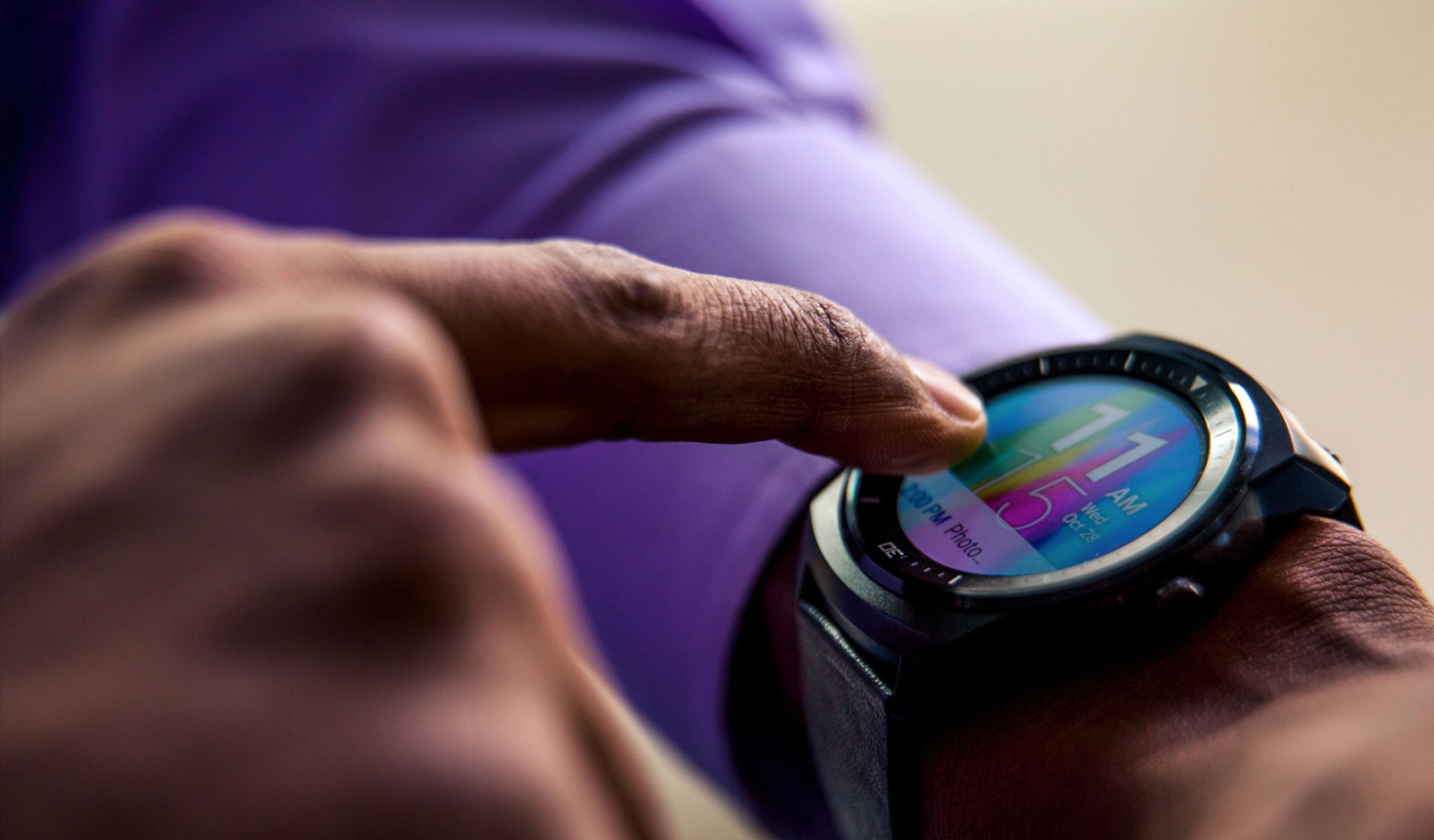 In 2013, Synaptics acquired technology for biometrics sensors (including touch fingerprint sensors), and expanded into the automotive and wearable markets. Among their newest product launches are optical sensors, enabling fingerprint reading through full cover glass thickness. Their eventual goal is to allow biometric authentication directly on a touchscreen display.

Their most recent news, the acquisition of Conexant Systems and the multimedia business of Marvell Technology Group, hints at a higher focus on the embedded, interactive world of the consumer-based Internet of Things. These companies focus on voice and video processing solutions for smart homes, respectively.

Synaptics gives a hint at their vision of the future in human interface devices, which will include artificial intelligence that responds to body movements, sensor integration in smart cities, and “contextual awareness” in devices to allow it to respond to a user’s environment in real time.

How these technologies will look in the real world is still an open question, but Bergman is thrilled to play a part in answering it.

“The real opportunity in a mid-sized technology company is to propel its growth into new, exciting markets,” he says. “My focus for the years that I’ve been here is to do exactly that with these world-class technologies.”

“The most valuable people in the technology industry and of course in Synaptics is individuals that have multiple functional skillsets,” says Bergman.

This can be applied to technical skills, like a digital design engineer being able to work with firmware and software, or more broad skills, like management, marketing, and communications.

“It’s actually hard to find these individuals – you get good at something, and you invariably are encouraged to stay in that sweet spot,” he says. “It takes an actual plan to figure out how to broaden your skillset.”

He feels the students at Michigan come uniquely equipped to do just that.

“The great part about Michigan is it puts you in a steel-sharpens-steel situation,” Bergman says. “You have a lot of competitive people at Michigan, and you have to learn how to compete with your fellow students and really develop a sharp edge around your thinking.”

And he encourages all students to consider their options outside of the tech industries biggest companies.

“The smaller and mid-sized companies like Synaptics can give you great opportunities,” says Bergman. “Come here and make a difference.” 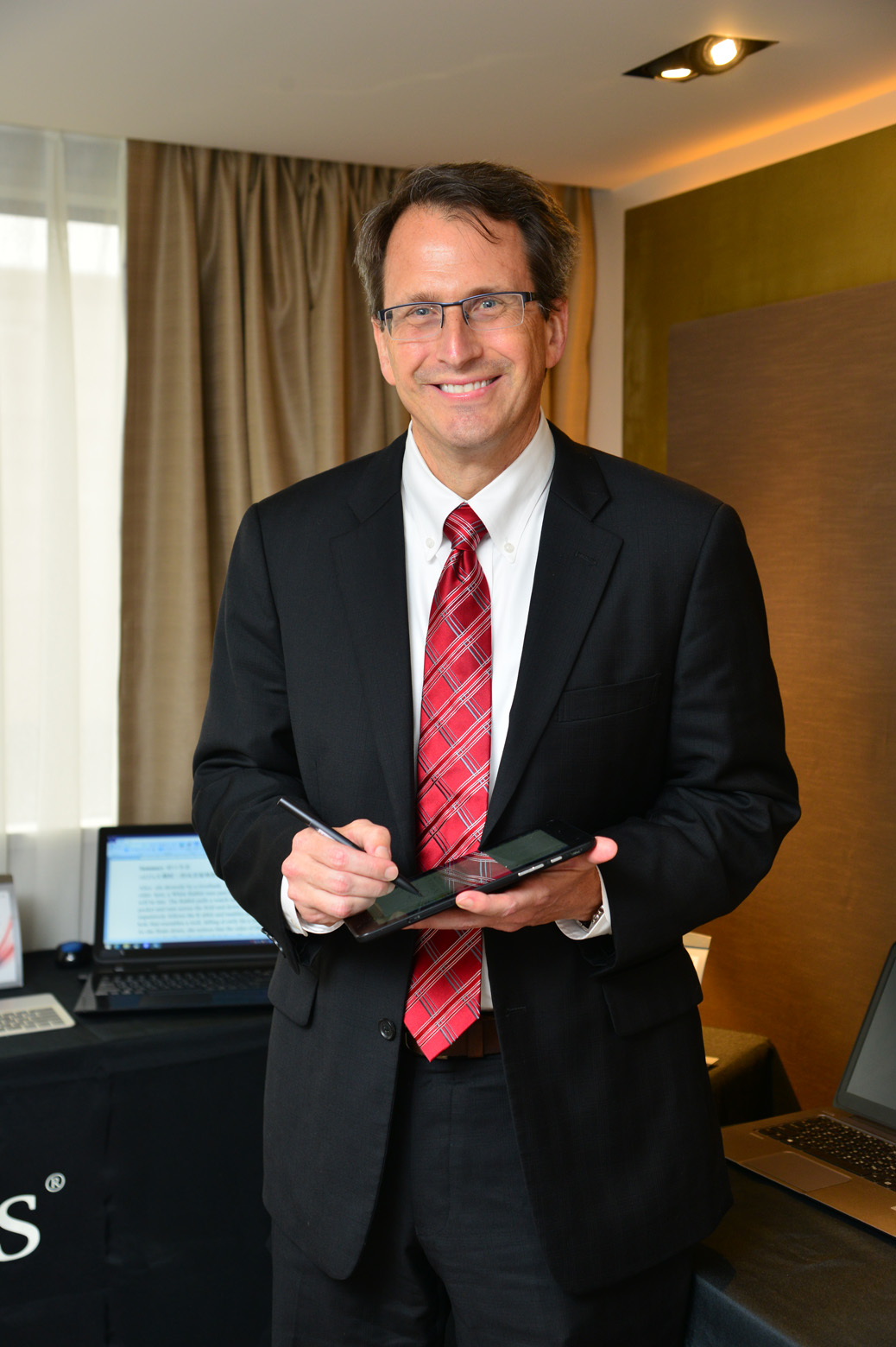 Synaptics is a human interface solutions developer. They make hardware like display controllers, touchpads, capacitive touch controllers, fingerprint sensors, and more, and are known for building the world’s first touchpad for laptops. Their current work includes touchscreens for mobile devices and automotive applications, and biometrics sensors that can be built into mobile screens. 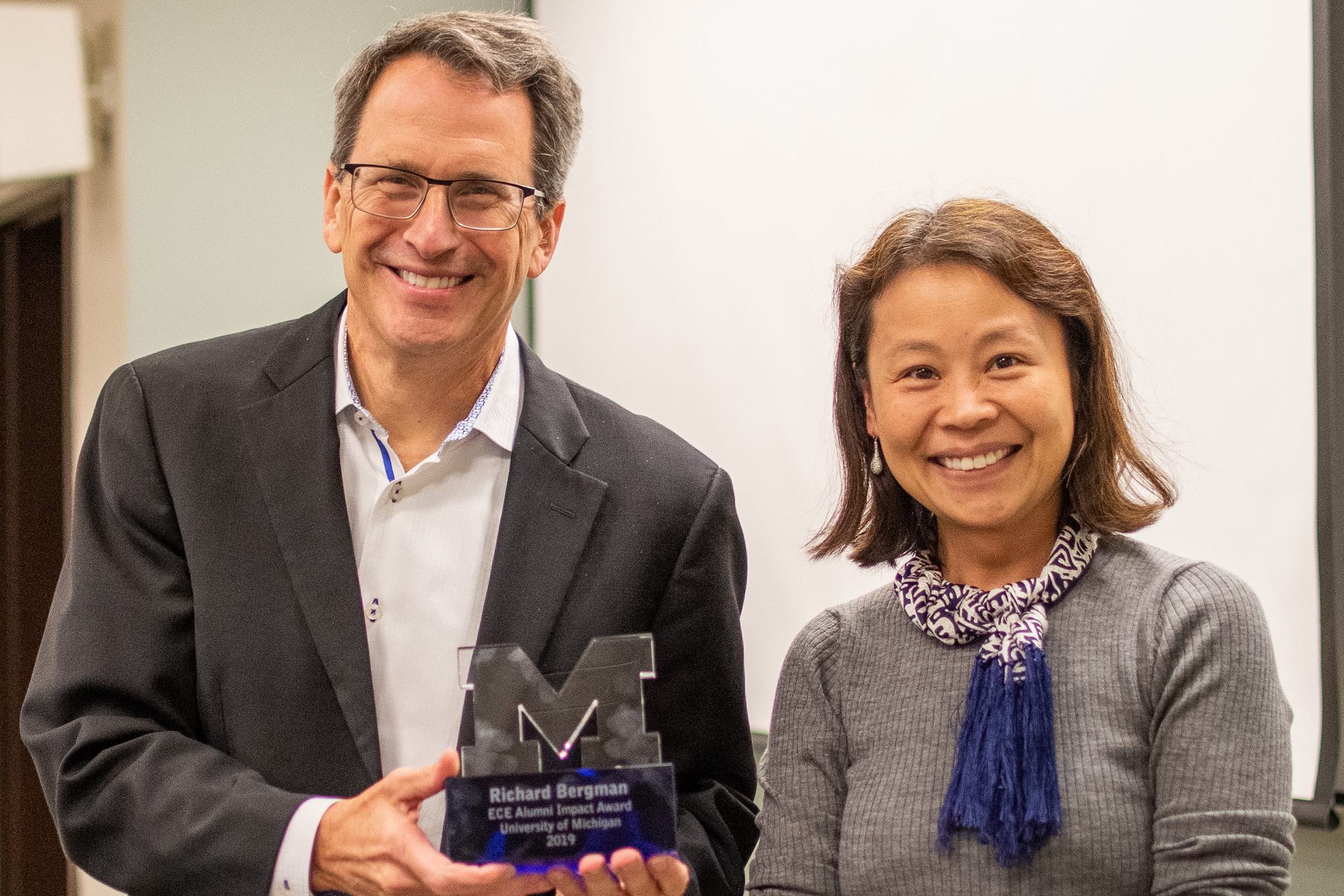 Designing the future of the human-tech interface

Rick Bergman, EVP of Computing and Graphics at Advanced Micro Devices, came to campus to accept the 2019 ECE Alumni Impact Award and spoke about his career and the future of computing and human interface. | Medium Read 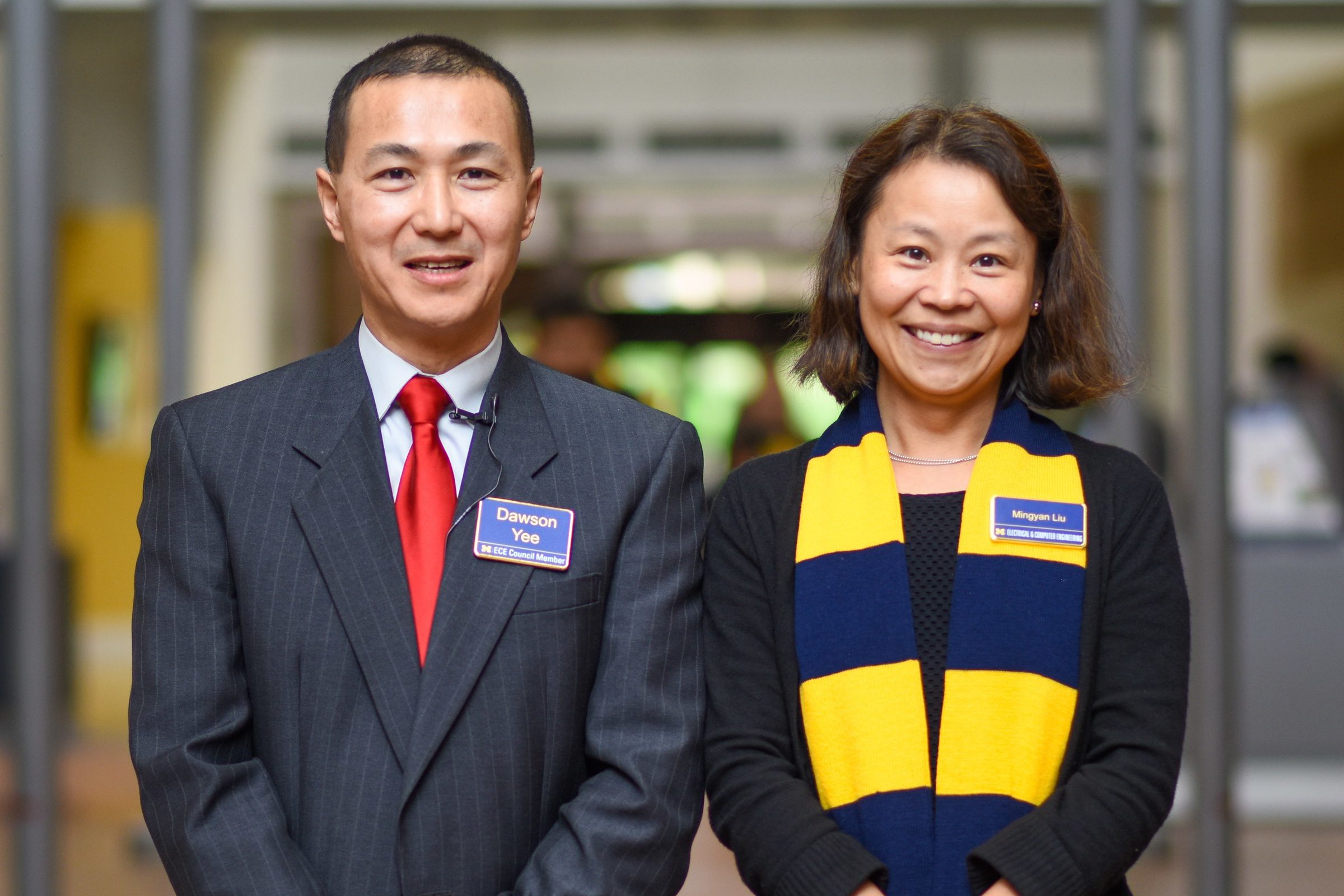 Yee gave advice to students on how to best prepare for a career helping produce the next generation of high-tech electronics.| Medium Read 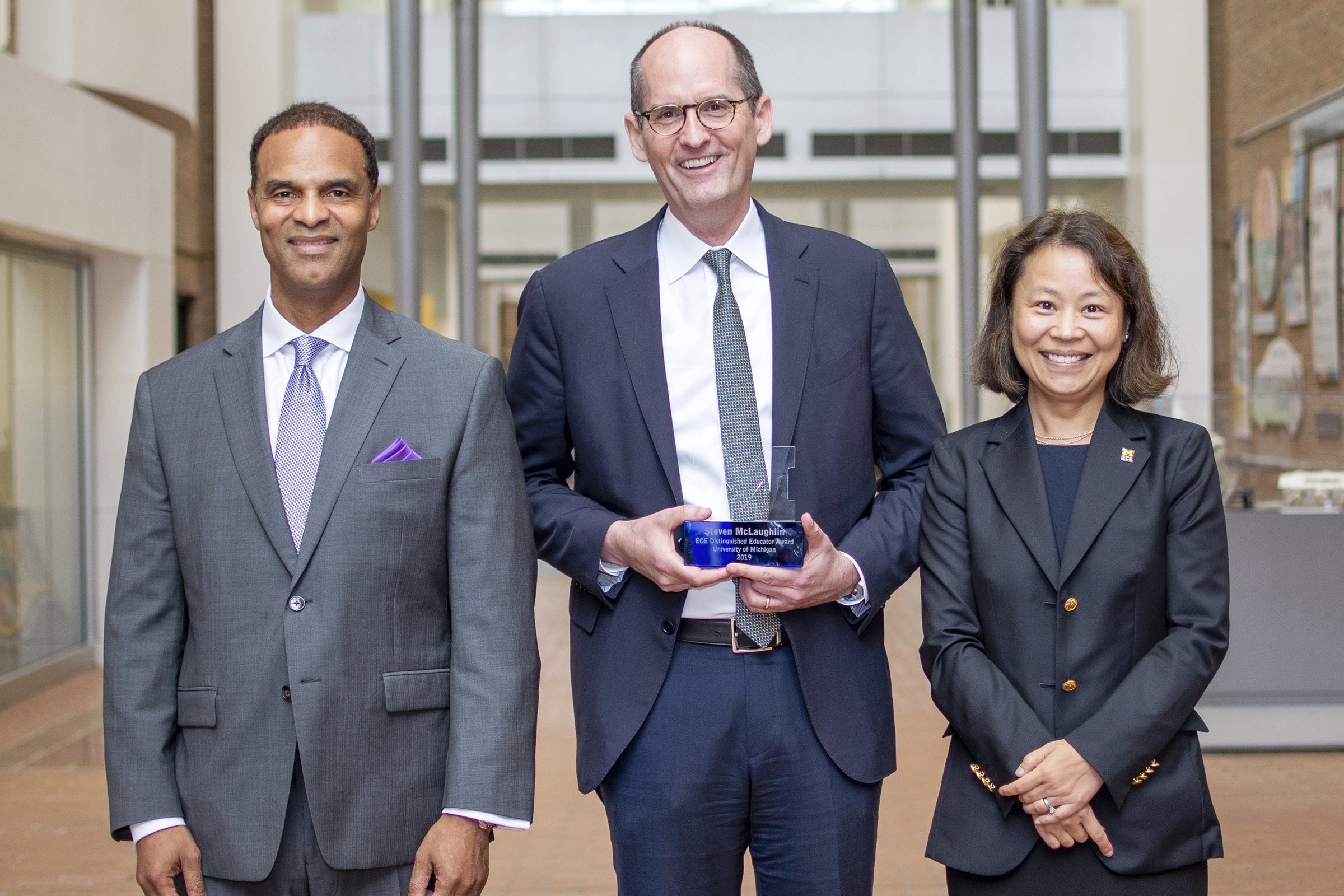 McLaughlin spoke about how academic institutions can take better care of their students’ mental health while providing a fuller academic experience, as well as his love for U-M. | Medium Read