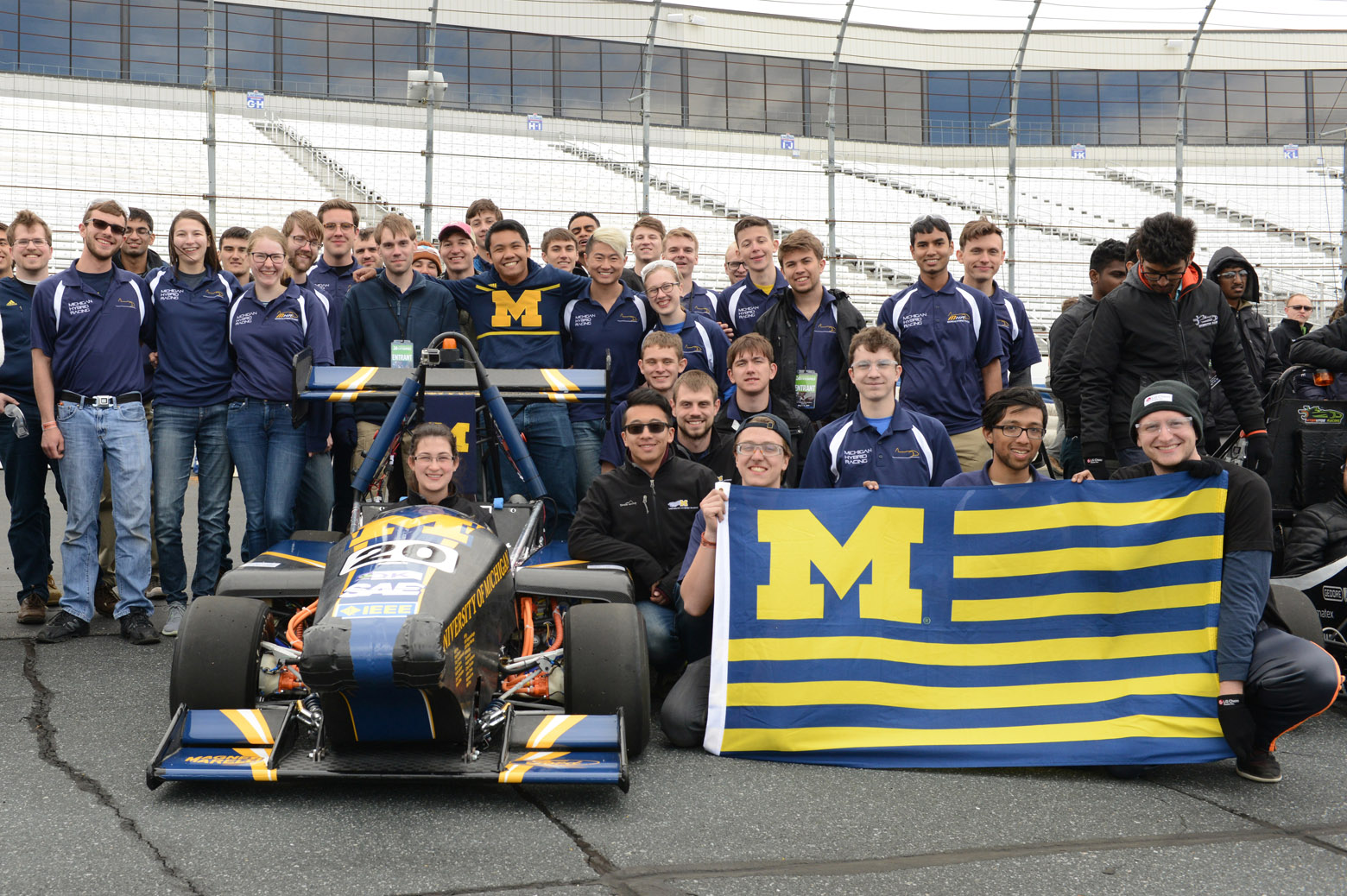 The Michigan Hybrid Racing (MHybrid) team took their latest creation to the Formula Hybrid Competition at the New Hampshire Motor Speedway in May. While the team didn’t pass all the necessary inspections for entry in the races (this year, only two teams made it that far), the car did finish fifth out of eleven participants in their class. In addition, the team earned two special awards, the FCA Innovation Award and General Motors Best Engineered Propulsion award.

The General Motors award recognizes engineering design, ingenuity, execution, vehicle performance, and a team’s rigorous attention to a purposeful engineering process. The FCA Innovation award recognizes creativity in design, use of component, or strategy of competition.

MHybrid’s car featured many unique components to meet these qualifications, and was a major overhaul from their previous designs. The team designed, built, and implemented two in-hub motors, and used two independent battery packs on the vehicle to power each of them. This greatly increased the complexity of the Electric Vehicle (EV) powertrain, but allowed for better packaging, isolation, and access to battery packs. Additionally, the controls team developed a smart steering wheel, which allowed for less wiring and improved error checking, and telemetry, which gave them a live view of the car while it was in operation. 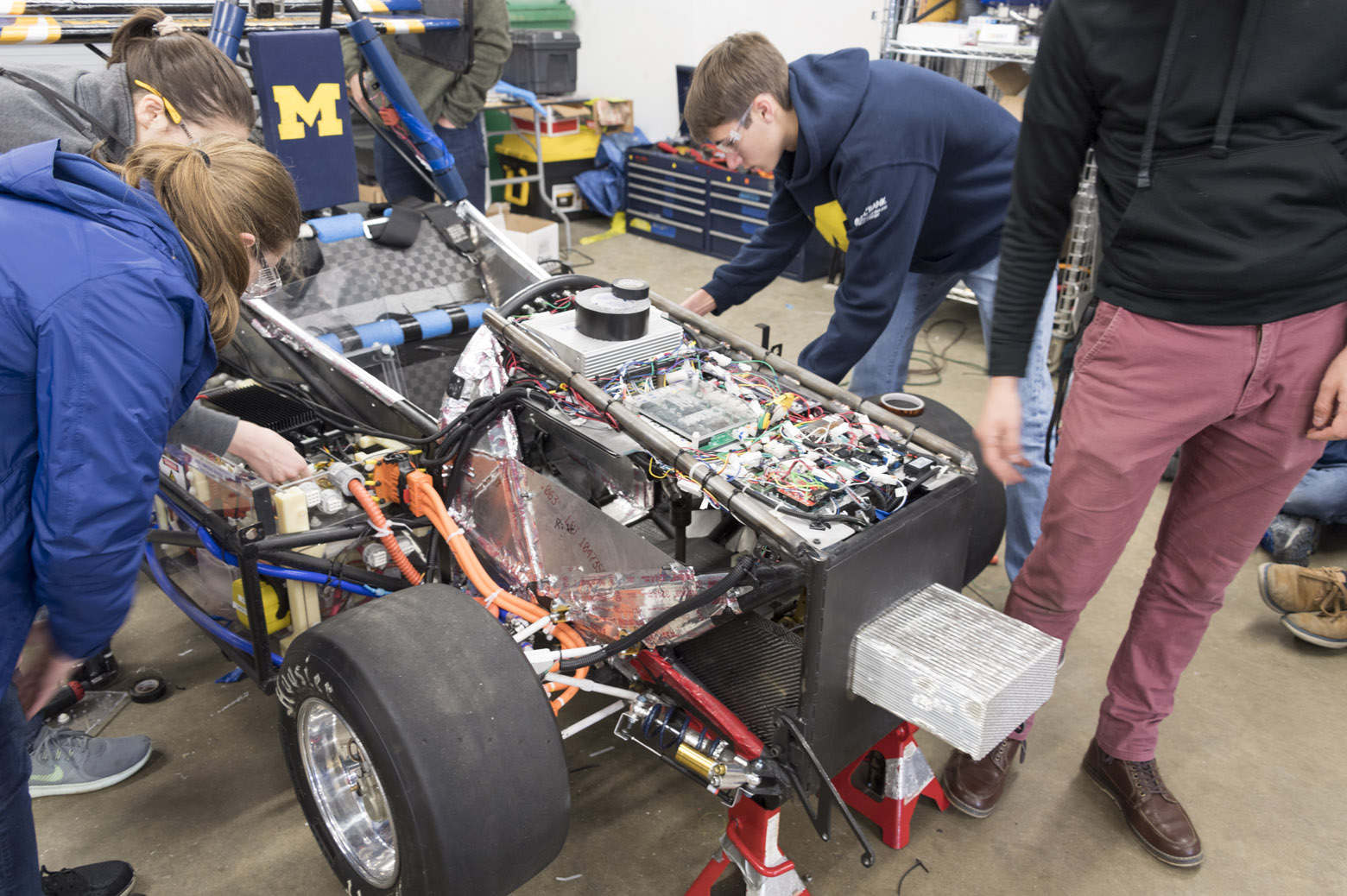 To improve on this design further, the team made the major decision to use it again next year. Traditionally, MHybrid builds each car completely from the ground up with a new season.

Keeping this car for another year will allow the team to test its traction control, torque vectoring, energy management, and launch control algorithm in addition to improving its electronic shifting and electronic clutch designs. This decision to enter a two year cycle will increase the time team members have to test and integrate all their systems. This is especially useful with two powertrains to handle.

And, since the car didn’t make it on the track and remained in inspection, the team will be allowed to bring MHR-17 back next year.

“I was really proud of our team for coming together at the end of the competition and have an honest and constructive conversation with our captains and leads about how and why we want to do a two year cycle,” says EV Controls Lead Yeabsera Kebede. “The decision was made as a team and we are excited to face the new challenges brought forth by a two year cycle.”