by Zach Champion
EECS: Computer Science and Engineering, EECS: Electrical and Computer Engineering
July 18, 2017
The U-M Baja Racing team took first place in the U.S. national competition for the third year in a row, making them the first team to ever three-peat.| Short Read
Enlarge

IMAGE:  The U-M Baja Racing Team at their vehicle unveiling

The U-M Baja Racing team earned first place in the national competition for the third year in a row, making them the first team to ever achieve the status of 3-time consecutive national champions. Baja designs and manufactures a new off-road race vehicle every season. Team members machine parts, fabricate molds, and assemble the new car, all in preparation for three major competitions put on by SAE International in Gorman, CA, Pittsburg, KS, and Peoria, IL.

This year’s car design put a focus on improving handling, reducing mass, and increasing driveline efficiency. The team drastically improved handling by making slight changes to the front suspension and completely redesigning the rear suspension. Their shift from a three link steel suspension to an aluminum model also worked to greatly reduce the vehicle’s mass.

The car came weighed 272 pounds, over 10 pounds lighter than the 2016 car. This made it the lightest Baja SAE vehicle ever built. 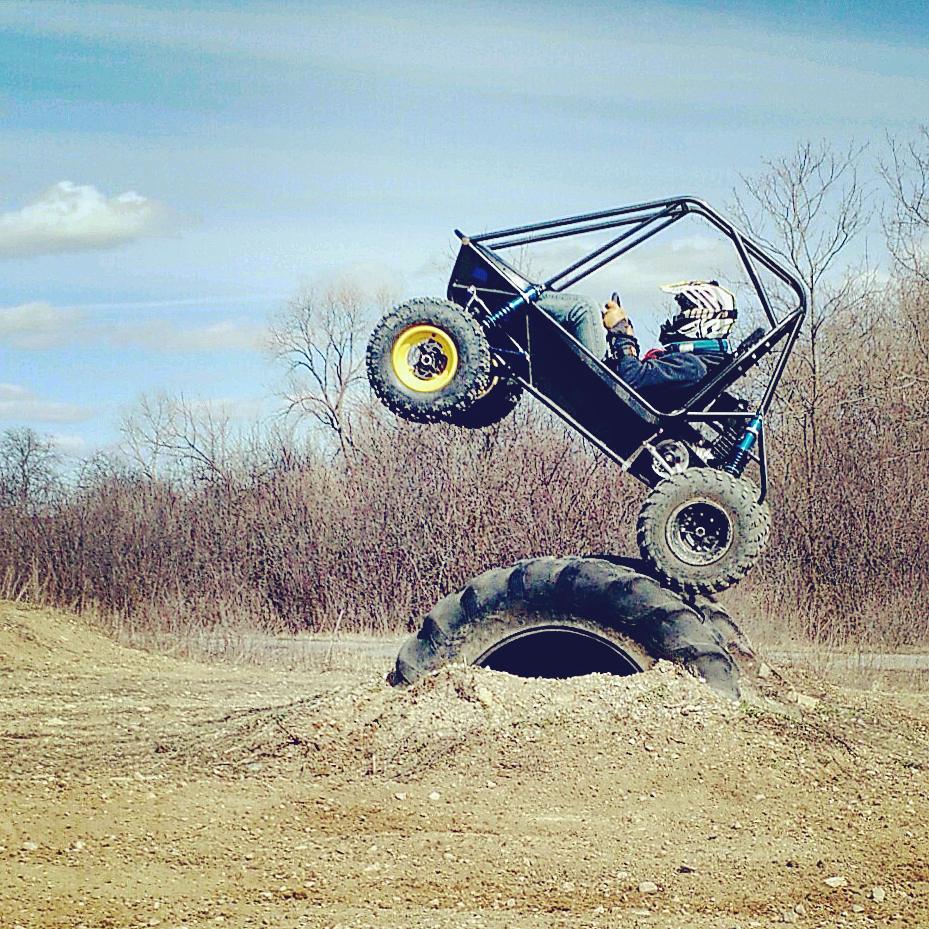 Their overall placement for the season depended on the team’s performance in the three regional events. In California the team came out strong, taking first place in three dynamic events. They accomplished this despite being involved in a four-vehicle crash, another team landing on top of the car.

Even though that was a huge setback, Baja ended up taking second overall at the California competition. In Kansas the team again took first in three dynamic events and the endurance race, leading to a solid first place finish. In Illinois the team had solid performances in nearly every event, taking overall second place.