by Steve Crang
EECS: Computer Science and Engineering
June 22, 2017
Tara graduated in April 2017 with Highest Distinction and High Honors in computer science, and will return this fall to pursue a PhD in CSE under the advisement of Prof. Danai Koutra.| Short Read
Enlarge 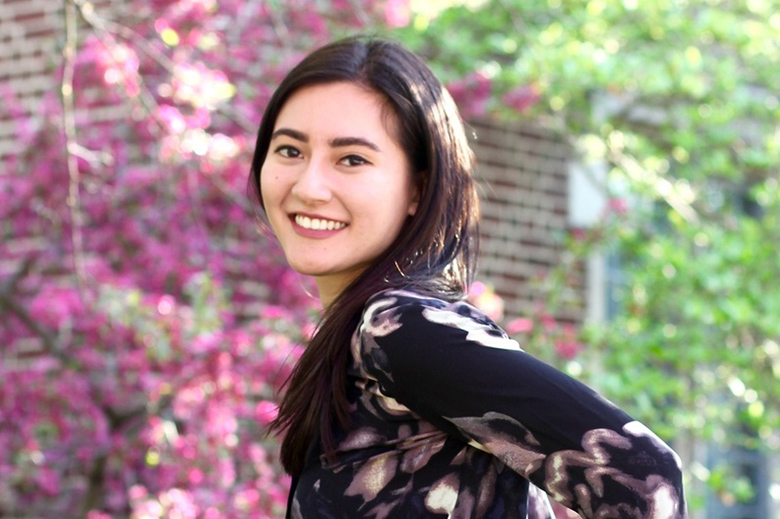 Tara Safavi (BS CS ’17) has been selected as a recipient of the Google Women Techmakers Scholarship to continue her studies in computer science and engineering.

Tara graduated in April 2017 from the University of Michigan with Highest Distinction and High Honors in computer science, and will return this fall to pursue a PhD in computer science and engineering under the advisement of Prof. Danai Koutra.

Tara’s research interests are in data mining on large graphs. Her most recent project was her honors thesis, which was about scaling the process of constructing brain networks out of fMRI data, a major subject of interest in neuroscience. This summer she is an intern at Google, where she is doing data mining to help operate Google’s network.

Beyond research, Tara is interested in mentoring and teaching, in particular to support underrepresented minorities in computer science. Tara notes: “Two years ago I helped found a Girls Who Code club in conjunction with Women in Science and Engineering, which is still going strong. In the future I plan to continue mentorship as a graduate student. In particular, I’d like to expose URM undergraduates to the research opportunities available at Michigan: research really changed my life, so I’d like to share my enthusiasm with others!”

While an undergraduate at Michigan, Tara served as an IA for three different classes in the EECS Department. In 2017, she was the recipient of the College of Engineering Marian Sarah Parker Prize and an Outstanding Research Award from the EECS Department.

Through this Google Women Techmakers Scholarship (formerly known as the Google Anita Borg Memorial Scholarship), Google is furthering Dr. Anita Borg’s vision of creating gender equality in the field of computer science by encouraging women to excel in computing and technology and become active leaders and role models in the field. The scholarship is awarded based on academic performance, leadership, and impact on the community of women in tech.