by Zach Champion
EECS: Electrical and Computer Engineering
May 18, 2017
This honor, established in 2017, recognizes Dr. Hong for his pioneering work in the personal electronics industry, playing a key role in shaping our world.| Short Read
Enlarge 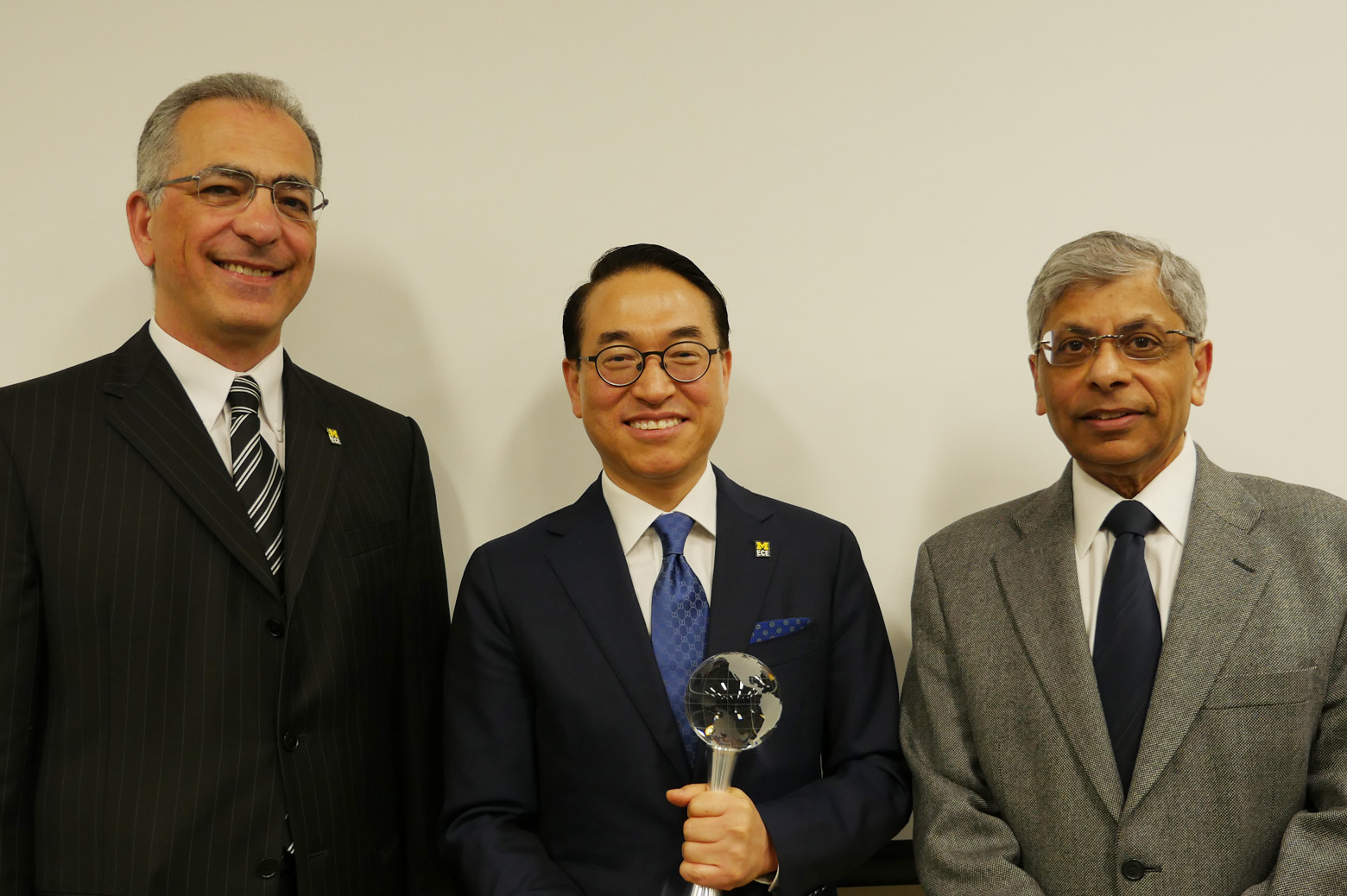 Dr. Won Pyo Hong (MSE PhD EE ’84 ’88), President of Samsung SDS, was presented the first annual ECE Alumni Impact Award. This honor, established in 2017, recognizes Dr. Hong for his pioneering work in the personal electronics industry, playing a key role in shaping our world. It is the highest recognition granted by ECE to its alumni.

Dr. Hong is President of Samsung SDS, a global information technology and services company employing more than 10,000 individuals. He is an established authority and industry leader in IT, mobile and Internet of Things (IoT) space. Before assuming his current position, he was the President and Chief Marketing Officer of Samsung Electronics and played a critical role in positioning Samsung as the world’s premiere handset manufacturer and global brand.

Listen to Won Pyo Hong describe his work and experience at Michigan.
Enlarge 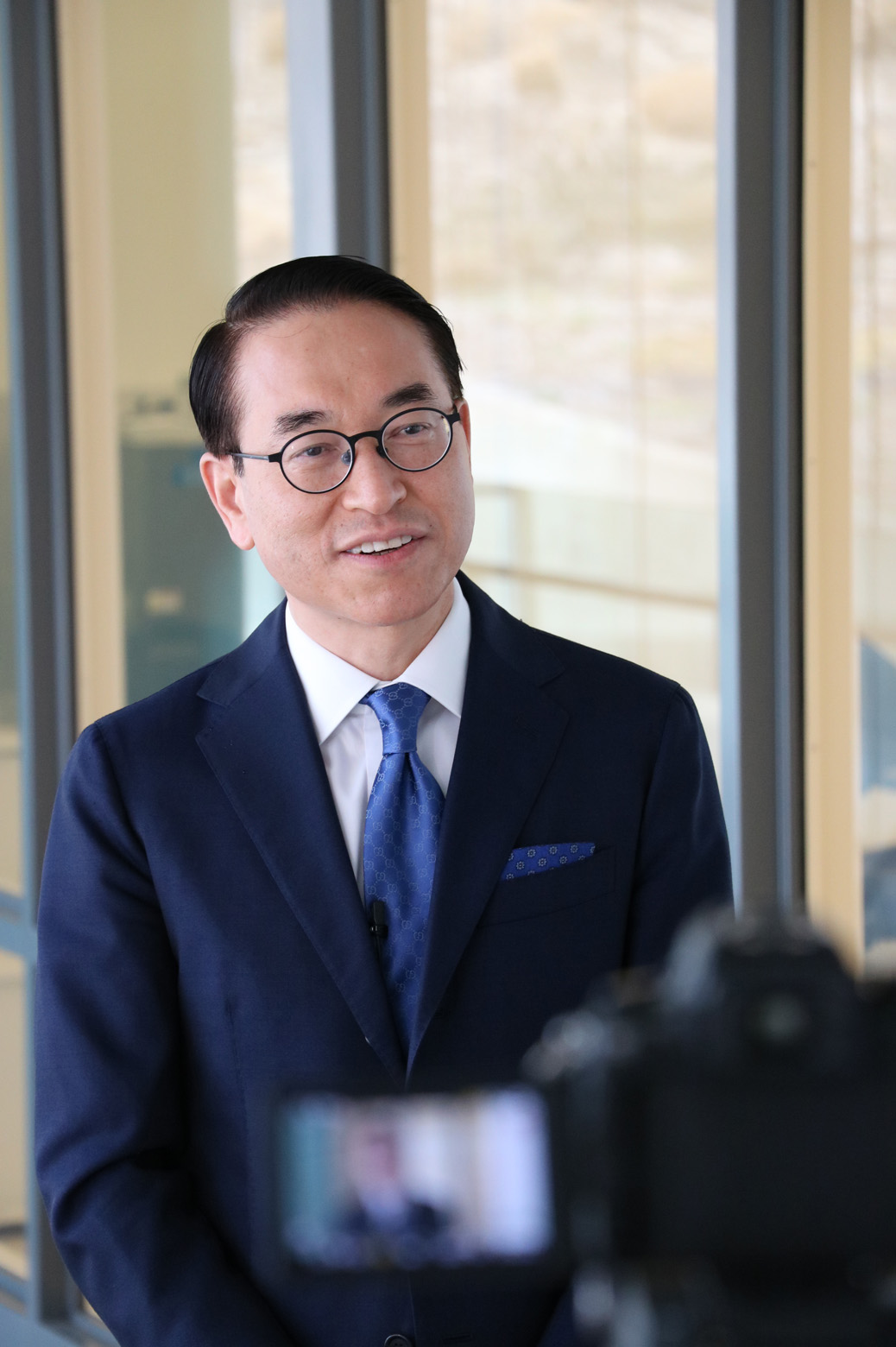 Dr. Hong joined Samsung in 2007 in the Network Infrastructure Business Division. Within a year, he became head of the Global Product Strategy Team for the Mobile Communications Business Division. It was in this role that he was responsible for the overall product strategy of the Samsung GALAXY mobile phone series, one of the most hotly anticipated and ultimately best-selling mobile devices in history.

In 2015, Dr. Hong was named President and Chief Marketing Officer of Samsung Electronics, as well as Head of its Global Marketing Office. In this capacity, he worked to expand the company’s investment and development in the Internet of Things, a market that’s expected to exceed $7T by 2020.

The ECE Alumni Impact Award recognizes alumni who have made a significant and lasting impact in any or all of the following areas: technology, education, industry, government, society. Awardees are often regarded as visionaries within their field. It was announced alongside another new departmental award, the ECE Alumni Rising Star Award. These new awards are intended to recognize the immense contributions of only a handful of more than 18,000+ ECE alumni who are making significant contributions to technology and society.

Dr. Hong visited Michigan to receive the award, and offered the lecture, “Samsung Innovation,” on April 10, 2017.

Read Won-Pyo Hong: To the Galaxy and Beyond