William Gould Dow was a visionary educational and organizational leader who had far-reaching impact on electronics education, space exploration, and the expansion of sponsored research at Michigan.

Dow was hired as an instructor in 1926 with six years of industrial experience, received his master’s degree in electrical engineering in 1929, became professor in 1945, and served as chair of the Electrical Engineering Department from 1958 until he retired in 1964. Yet he never received the doctoral degree that he helped so many others achieve.

The advent of WWII had a dramatic effect on research in the United States, and Dow became the right man at the right time to place Michigan at the forefront of engineering research.

A leader in the early education of electronics, Dow published the classic textbook, Fundamentals of Engineering Electronics, in 1937. He introduced a course in physical electronics in 1929, incorporated computer engineering instruction into the curriculum in the 1950s, and initiated a course on transistors in the early 1960s — all among the first courses of their kind in the nation.

The advent of WWII had a dramatic effect on research in the United States, and Dow became the right man at the right time to place Michigan at the forefront of engineering research. Between 1943 and 1945, Dow was on leave at Harvard’s Radio Research Lab to work on radar jamming equipment. He supervised the development of new microwave vacuum tubes and transmitters used in jammers called “tubas” that were used by the British. These devices saved countless lives of allied airmen. 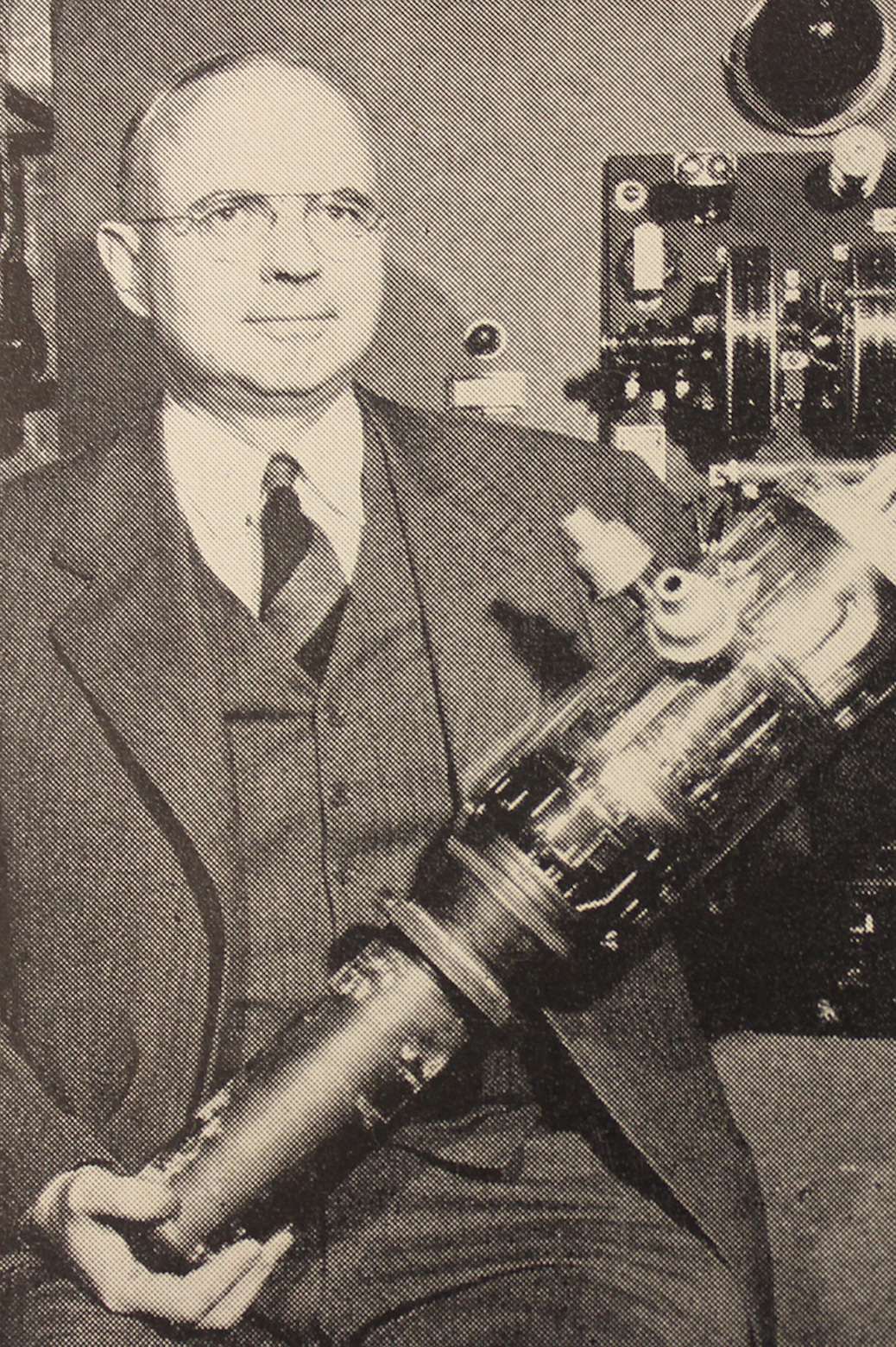 IMAGE:  In 1947 Dow supervised the development of a 125-ton radar jamming device, called a Tuba, used in jamming German and Japanese radar equipment during WWII. Dow played an important role in developing continuous wave high-frequency vacuum tubes, known as resnatrons, that provided the power needed to make the Tuba effective.

Dow’s wartime activities gave him the ideal experience and contacts to initiate new laboratories for large-scale sponsored research once he returned to Michigan. Among the first contracts he negotiated were antiballistic missile research and V2 rockets. Dow was a charter member of the Rocket and Satellite Research Panel, a group of distinguished scientists and engineers who guided the nation’s space program through its infancy. Less than a year after this group, which included Dow, visited Washington to urge the funding of scientific exploration in space, NASA was formed.

Dow helped to form more than a dozen new laboratories and research units at Michigan while dramatically increasing the level of sponsored research. In 1946, these included the Electron Tube Lab (his specialty), the forerunner of the Solid-State Electronics Lab, and the Space Physics Research Laboratory (which later would become an independent unit).

Later key units included the Electronics Defense Group, specializing in circuits and systems; the Plasma Engineering Lab; the University-wide Division of Research Development and Administration (now called the Office of Research and Sponsored Projects); and the Aeronautical Research Center (later called the Willow Run Research Center). Willow Run was a major center for advanced, classified research, and also served as a starting point for the development of electronic computer research on campus.

Dow also helped to establish the nuclear engineering program in 1958.

Dow died in 1999 at the age of 104. The William Gould Dow Distinguished Lectureship was established in 2001 through the donations of friends, colleagues, and former students of Professor Dow.