Trebecca McDonald: A different side of engineering 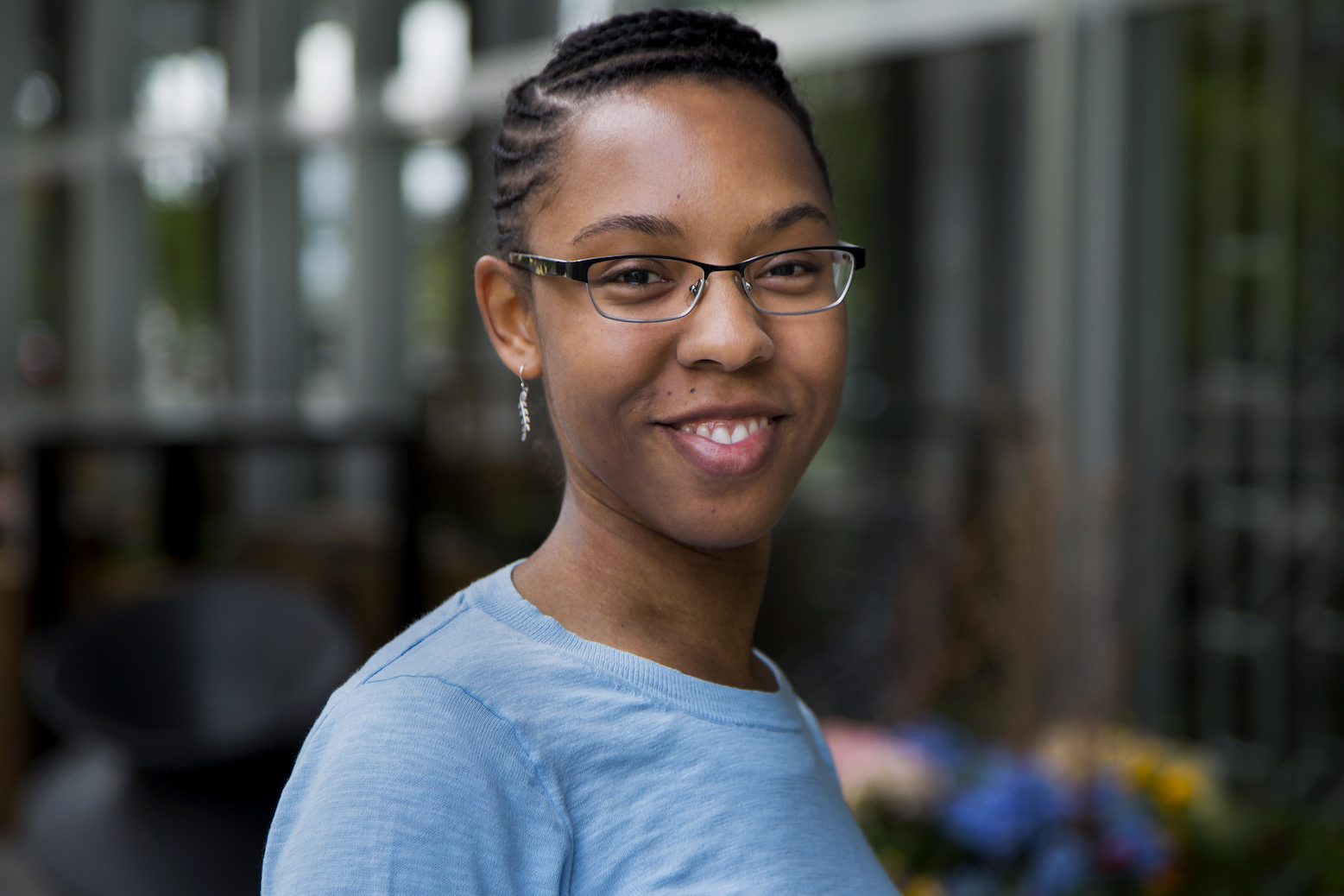 Since graduating from the University of Michigan with a degree in civil engineering in 2015, Trebecca McDonald has been stretching her skills as both a civil engineer and licensed real estate salesperson for HNTB, an national infrastructure firm with a strong presence in Detroit. As a land acquisition coordinator for the firm’s work on the MDOT I-94 Modernization Project, which aims to reconstruct a 6.7-mile segment of the freeway, she’s an intermediary between the project’s engineers and Detroit homeowners who may be impacted by the project’s construction. It’s a far cry from her original vision of post-grad engineering jobs — sitting at a desk, calculator in hand — but this role has expanded what she thought she could do with her degree.

Her role at HNTB also connects her to some of her longstanding interests in social impact work and sustainability. She saw firsthand the importance of transportation and mobility while growing up in Ypsilanti, Michigan, where many people couldn’t access important resources. Now, in Detroit, she works with people every day in similar situations. “It’s really hard to access a lot of things if you don’t have a car [in Detroit.] So I’m interested in improving the city’s infrastructure to make access a reality for a lot of folks,” she says.

Trebecca has never considered herself a “school person”, but struck a balance during her time as an engineering student by seeking out and sticking with a number of student organizations and projects outside of the classroom. For example, she served as executive director of the student-led Alternative Spring Break-Chicago trip (sponsored by the Engineering Student Affairs Office, student orgs NSBE and SHPE) for three years. Through Alternative Spring Break, she showed Chicago high school students that there are Michigan Engineering students just like them, with similar experiences, trials and challenges. She watched the program grow in size and impact over the course of her college career, and helped high schoolers see that engineering could be for them, too.

She also served as managing editor of the North Campus literary magazine, Blueprint, as part of the Multidisciplinary Design Program’s RACER Trust Sustainable Wetlands Project Team and as a member of the National Society of Black Engineers.

The most important parts of Trebecca’s undergraduate experience, she says, were the college’s standards of academic excellence, her strong bonds with professors and her interactions with students from all corners of the world. North Campus’ cluster of buildings ultimately made a big school like U-M feel smaller, and she appreciates how students and faculty supported one another across fields and backgrounds. “When you’re at Michigan, you are surrounded by everybody. All cultures, different religions, different points of view. And you learn, sort of like in a microcosm, how to get along with people and to appreciate people’s differences.”

Trebecca’s perspective on where engineering fits into society was also shaped by her curiosity about other disciplines and happenings on campus. She would often study in the architecture building, surrounded by projects on display made by students from different majors, and sat in on the Penny Stamps Lecture Series on several Thursday nights. She would listen to speakers who came to campus with ideas about how to make Detroit a better place, and took a number of urban planning and architecture-focused classes that gave her a sense of awe and appreciation for the field.

“You find that you’re interested in more things than you thought when you’re listening to someone talk about their life’s work. I was really fascinated by that aspect of life, and understanding how what we build and how we connect with each other affects our daily living.” Although Trebecca is thriving in her role away from Ann Arbor, she can still be found coming back to town to listen to the latest lecture.