EECS: Electrical and Computer Engineering
April 3, 2017
Kit Ng becomes president of one of the oldest amateur radio clubs in the US| Short Read
Enlarge 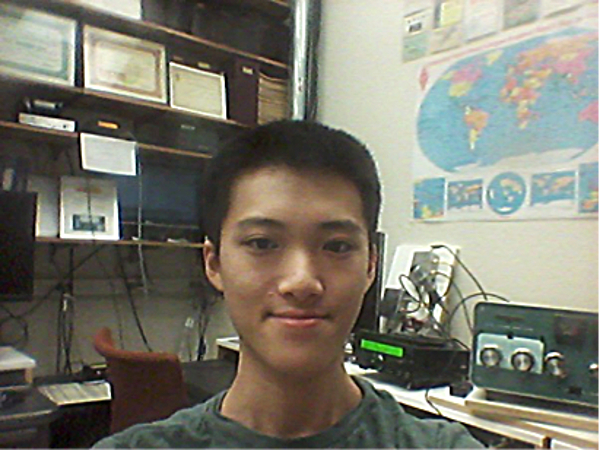 The W8UM Amateur Radio Club welcomed new leadership for the 2017-2018 school year. Kit Ng (N9KIT), a Chicago native, will serve as president. Kit is pursuing a degree in Electrical Engineering, and obtained his first amateur ham radio license in 2014. His interest in radio came about from building radios and antennas from salvaged parts, and he holds an “Amateur Extra Class” radio license issued by the FCC.

Serving as vice-president is Ben Wachs, BSE EE ’15.Ben (KK6RAT) is currently working on his Ph.D. in aerospace engineering with work focused on an RF power thruster at the Plasmadynamics and Electric Propulsion Laboratory. Ben’s first took an interest in amateur radio in his junior year while experimenting with weather balloons using APRS (Automatic Packet Reporting System).  Ben has a “General Class” radio license.

The Amateur Radio Club operates Amateur Radio Station W8UM, communicating with all parts of the world and even outer space. The club sponsors many operating events and supports radio-related projects throughout the year.

Experimentation with “wireless” radio at U-M dates back to March 5, 1900 when the first demonstrations of wireless telegraphy took place. W8UM is distinguished as one of the oldest amateur radio club stations in the United States.

Read more about the history of the Amateur Radio Club at U-M on the ECE bicentennial site.

To learn how to obtain your amateur radio license or information on W8UM club activities, please contact W8UMboard@umich.edu.