Aerospace Engineering doctoral student Puneet Singh is the recipient of the College of Engineering’s Richard F. and Eleanor A. Towner Prize for Distinguished Academic Achievement. This award is presented to the outstanding graduate student (Master’s or Ph.D. students) in each degree program. Criteria considered by the department awards committee include the student’s active participation in research, leadership and academic performance. 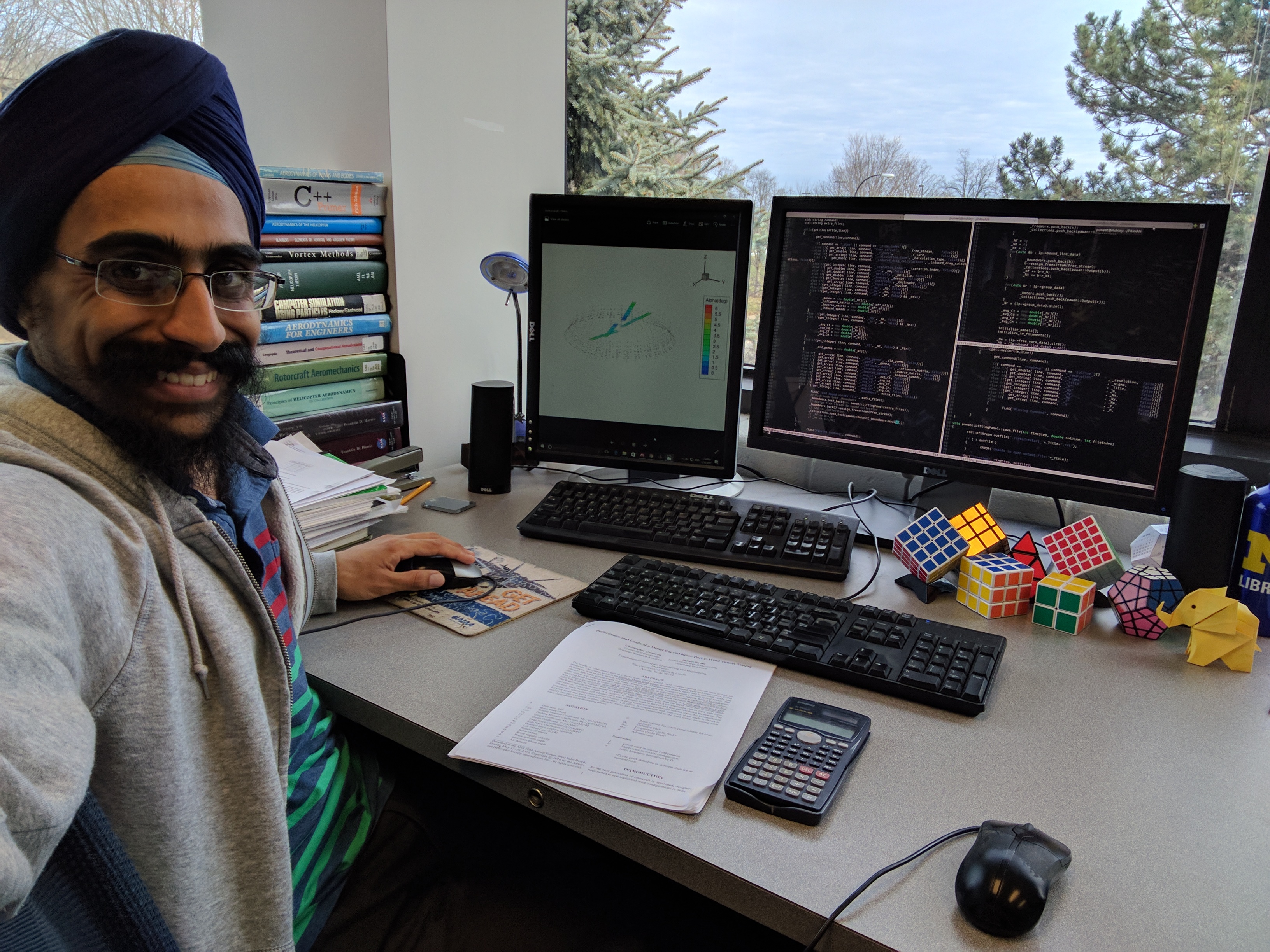 Puneet is a Ph.D. candidate in the Department of Aerospace Engineering at the University of Michigan working under the guidance of François-Xavier Bagnoud Professor Peretz Friedmann. His research focuses on the aeromechanics of rotary wing vehicles, specifically coaxial rotor helicopters. He uses Lagrangian methods to model the wake of the rotor blades along with computational fluid dynamics based reduced order models for calculation of loads for vibration studies.

Puneet completed his bachelor’s and master’s degree in Aerospace Engineering at the Indian Institute of Technology, Kanpur in 2013. He spent three months at Shinshu University and GEN corporation in Nagano, Japan modeling the world’s smallest personal helicopter, as a recipient of the Honda Young Engineer and Scientist award. Currently, Puneet is a recipient of the Michigan Branch of the Telluride Association scholarship. In 2014, he received the Vertical Flight Foundation Joe Mallen Scholarship from the American Helicopter Society. He was also a finalist for the GNC Student Paper Competition at the 2014 AIAA SciTech.

Puneet aspires to be part of a future in which vertical lift is a fast, clean, quiet and accessible mode of transportation for everyone.