by Kate McAlpine
Michigan Engineering
March 27, 2017
U-M led research on the rotating detonation engine in the 1960s--then the US abandoned the design. Now it returns.| Medium Read
Mirko Gamba visits Arthur Nicholls, who was an early pioneer of the rotating detonation engine, to discuss the previously abandoned technology and the renewed interest in it.

With an eye to improving the efficiency of natural gas power plants, the Department of Energy is providing U-M researchers with $1.4 million to explore how to make rotating detonation engines practical for power generation. A jump of even a few percent in the overall thermal efficiency could mean a significant reduction in greenhouse gas emissions.

The efficiency gain comes from the different kind of fuel burn: a detonation, rather than the more ordinary deflagration (flame) currently used in the majority of energy conversion systems. In conventional natural gas combustors, a flame consumes the unburned air/fuel mixture, releasing their chemical energy into heat. A detonation wave releases energy much faster through the combination of a strong shock wave that compresses the air/fuel mixture and a chemical reaction that follows on its heels. In this mode, energy can be extracted more efficiently from each unit of fuel. 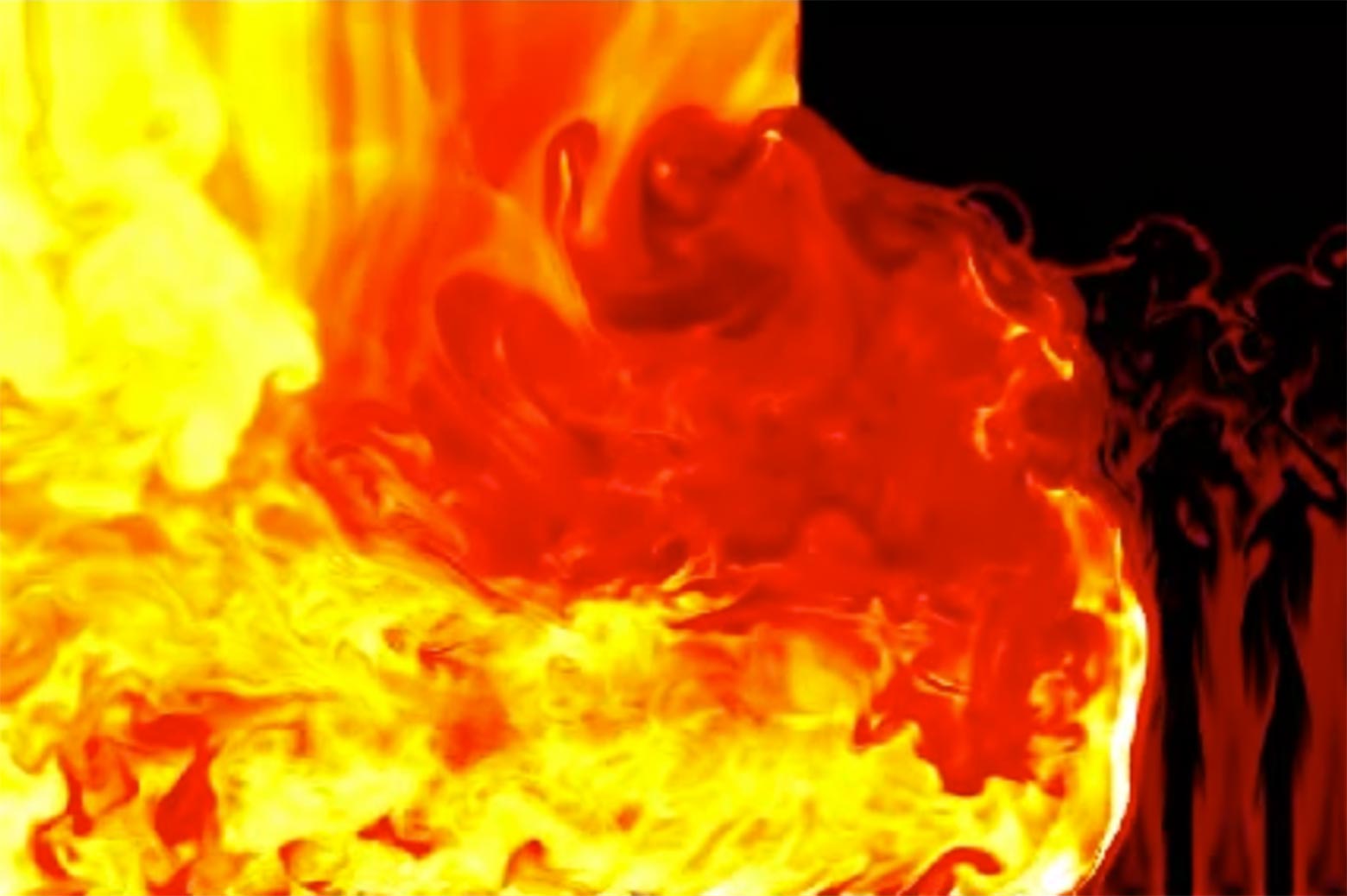 Not only are the engines expensive to build, a bad design can explode, explained Raman. “So we do simulations,” he said.

Rotating detonation engines go back to the 1950s. The idea was to confine a spinning detonation wave in a ring over a circle of fuel injectors. It would be more efficient than the combustors used in rockets. Arthur Nicholls, a professor emeritus of aerospace engineering, was one of the engine’s early pioneers.

“At least in the United States, he’s considered the first guy to try it out,” said Gamba, who leads the new project. “He could get it to start, but it would quickly die out.”

Nicholls ran experiments aimed at discovering whether the rotating detonation wave was a feasible means of propulsion for rockets. In the end, he couldn’t get the engine to run, but he believed it was possible. He summarized his experiments in a detailed report for the military in 1964.

“At that time, people knew some properties of detonation, but they were not able to apply those properties to run these engines in practice,” said Gamba.

The U.S. lost interest as other combustor designs progressed more smoothly. But Gamba says that on the other side of the Iron Curtain, the Soviet Union pressed on with rotating detonation engines, reporting the first sustained operation to his knowledge.

From top to bottom, simulations reflecting density, temperature and heat release as a detonation wave moves over a row of fuel injectors.

And now, with natural gas power plants in vogue and conventional combustors near their maximum efficiencies, the US is interested again.

“Many of the top people in rotating detonation engines used to be graduate students or junior researchers back then, and they would visit Michigan,” said Raman. “So now, the role is reversed – they are the experts and we are trying to learn, but they are happy to teach us because they still associate this kind of technology with this university.”

“We can get something stable, but how far are we from the optimal? And what do we need to get to the optimal point? Those are practical questions that are still being answered,” said Gamba.

He studies combustion, specifically combustion at high speeds, such as occurs in supersonic vehicles. Flames and shock waves are his home turf. 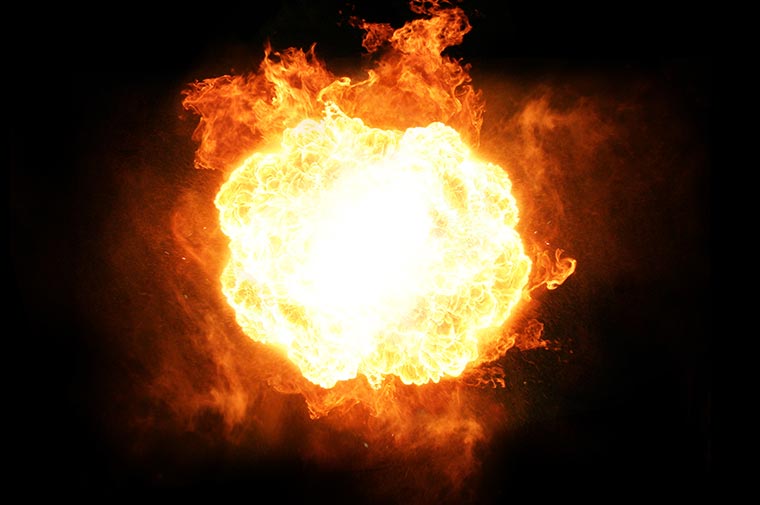 Around the time of Nicholl’s research, the shed housing hydrogen and oxygen for the detonation experiments exploded at Willow Run Airport. A student had mistaken the steel wool flame arrestor in the pipe for trash. The late Aero professor Thomas Adamson reportedly saw the shed fly by his office window.

Gamba’s group will run experiments to help answer questions about how to optimize the propagation of the detonation wave.  What affects its structure? What is the best way to mix the air and fuel – can the detonation wave help with this?

How much fuel is lost to regular burning as the air in the combustor heats up? How does this affect the detonation wave?

Gamba and his students will build new experiments to replicate rotating detonation engines in addition to performing shock wave experiments in their existing equipment.

Meanwhile, Raman and his group will build computer models that capture the physics of rotating detonation engines, enabling different engine designs to be tested. They will predict the outcomes of Gamba’s experiments to find out how accurate their models are and refine accordingly.

“With widespread access to large supercomputers, you can have a class of models that are more descriptive, they contain more physics, and they are more complicated than what you could do 30 or 50 years ago,” said Raman.

These models could one day inform the design of a working rotating detonation engine.