by Kate McAlpine
Michigan Engineering
March 9, 2017
Researchers have shown that a technique often used to identify chemicals at a distance could help sniff out illicit nuclear activities from as far as a couple miles away. | Medium Read
Enlarge 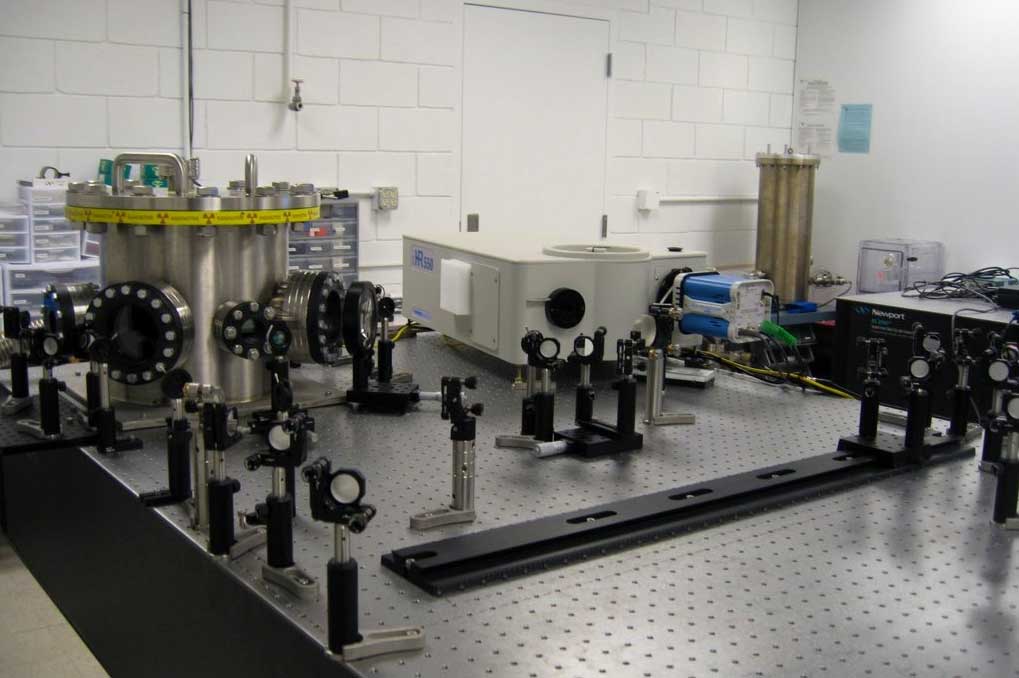 IMAGE:  The optical setup for the experiment that showed how to differentiate weaponizable uranium from ordinary uranium by scanning it with a laser. Credit: Jovanovic Lab, Pennsylvania State University.

A technique for detecting enriched uranium with lasers could help regulators sniff out illicit nuclear activities from as far as a couple miles away.

It’s hard enough to identify nuclear materials when you can directly scan a suspicious suitcase or shipping container. But if you can’t get close? Now, the researchers have shown that a technique often used to identify chemicals at a distance (by the Mars Curiosity rover, for instance) can also distinguish between ordinary uranium-238 and the fission-prone uranium-235. Just three fewer neutrons make a big difference in the element’s potential for destruction.

“It’s a much harder problem to try to measure different isotopes of the same element,” said Igor Jovanovic, a professor of nuclear engineering and radiological sciences at the University of Michigan, who conducted parts of the research while at Pennsylvania State University. “Different isotopes are very important in the case of uranium because some of them can be used for the production of nuclear weapons.”

Jovanovic and his team, including Kyle Hartig, now an assistant professor of nuclear engineering at the University of Florida, Gainesville, and Isaac Ghebregziabher, then a post-doctoral researcher at Jovanovic’s group, showed that this technique can tell the difference between uranium-235 and uranium-238 when the uranium is bonded with oxygen.

“Not only is it possible to make measurements in air, but some constituents of air in fact make this detection more readily achievable,” said Jovanovic.

The technique takes advantage of a phenomenon known as laser filamentation. When very short – and very intense – laser pulses run through the air, they create a plasma channel along the beam line. The channel serves as a sort of an optical fiber, keeping the laser pulses focused so that they strike their targets in a small spot, even at distances of a kilometer or more.

The intense laser pulses create a plasma from the uranium as well as the air, which gives uranium plenty of opportunity to bond with oxygen. When it does, the energy stored in the bond between the oxygen and the uranium-235 or -238 is just different enough to be detectable.

“These molecules radiate just slightly different colors, depending on whether we are looking at uranium-235 or uranium-238,” said Jovanovic.

Often, detection systems aim to catch radiation from spontaneous fissions of uranium – or they cause the fissions by shooting neutrons into the suspicious item. These conventional methods can see through packaging and even some shielding intended to keep radiation from getting out. 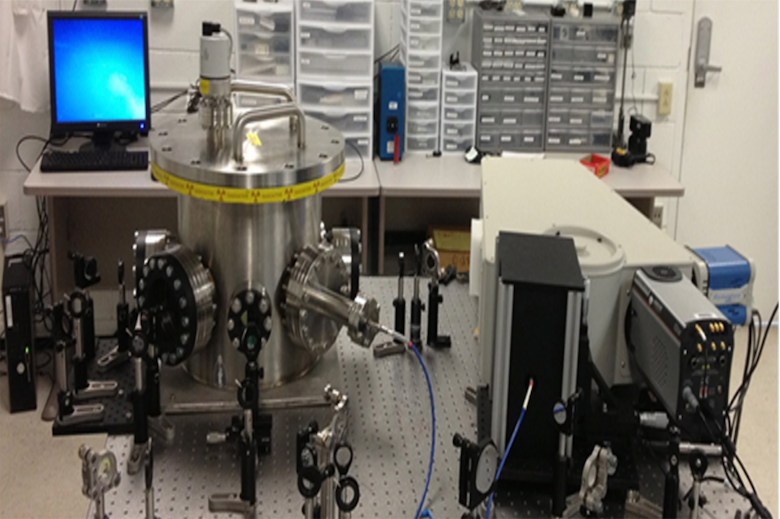 This new method would need the uranium to be exposed – perhaps in the dust around the loading bay at a secret enrichment facility. But it could be spotted from off site —  the system could fit into the back of a truck, a backpack kit, or even a drone, says Jovanovic.

Jovanovic and his team had access to weapons-grade nuclear materials right at Penn State, which still runs a research reactor. To find out whether they could tell uranium-235 from uranium-238, they loaded the sample into a chamber with the laser positioned a few meters away. The laser produced a plasma of air and uranium at the surface of the sample. The team picked up light from the plasma from a light detecting system one meter from the sample.

Jovanovic anticipates that the method would be useful in other scenarios, such as nuclear forensics.If a nuclear bomb were detonated, governments would want to know what was in it and where it came from. For the most accurate analysis, scientists would need samples collected from the blast site. But it would be safer and quicker to run this style of analysis at a distance.

Or it might be helpful at legitimate nuclear facilities, such monitoring the production of nuclear fuel and ensuring the right level of enrichment. “This technique is not limited to uranium, and is capable of simultaneous detection of molecules and atoms for the vast majority of elements in the periodic table,” said Hartig.

This study was funded through the Consortium for Verification Technology, a $25 million project headed by the University of Michigan to develop new methods for nuclear nonproliferation. The CVT is supported by the Department of Energy (grant no. DE-NA0002534). Funding also came from the Department of Homeland Security (grant no. 2012.05 DN-130-NF0001).