EECS: Electrical and Computer Engineering
March 30, 2017
This award is given to those for Distinguished Public Service that is expected to help tech employees| Short Read
Enlarge 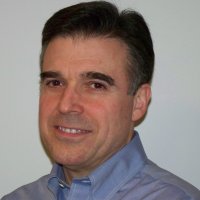 The IEEE-USA award honors individuals not currently in the practice of engineering for contributions to furthering the professional goals of IEEE in the United States.

Kevin is working along with the New England Venture Capital Association on legislation to help employees and the Massachusetts economy by banning noncompete agreements. He says that these agreements reduce Massachusetts employee job mobility and income.

To put this work in perspective, California’s ban on noncompetes helped that state increase its share of U.S. VC investment to almost 50% from about 30% in 1995.

A New York Times article that describes Kevin’s efforts says “an estimated 30 million Americans – nearly one fifth of the nation’s work force – are hobbled by so-called noncompete agreements, fine print in their employment contracts that keeps them from working for corporate rivals in their next job.”1

With his MBA from Harvard, Kevin has worked at several tech companies in sales, and founded three companies. The most recent is called Common Commute, which he says “makes commute sharing stupid simple.”

Read more about Kevin Johnson’s role in taking down noncompete pacts in Massachusetts:

Laid-off with a non-compete? Bill would guarantee salary, by Patrick Thibodeau, Computerworld, June 15, 2016.

Why EMC Employees Are Forming a ‘Pop-Up’ Union to Take Down Noncompetes, by Dylan Martin,BostInno, June 16, 2016.