by Randy Milgrom
March 8, 2017
Donald Katz, professor and chair of the chemical and metallurgical engineering department from 1951-62, took the College   from analog to digital solutions.| Medium Read

Time and again, researchers have reached the same conclusion: It takes practice to master complex tasks. As Malcolm Gladwell wrote in Outliers, “Achievement is talent plus preparation.”

In this case, at Michigan Engineering in the 1950s, “preparation” meant solving engineering problems with slide rules, mechanical calculators, technical pencils and graph paper. Donald Katz, professor and chairman of the chemical and metallurgical engineering department from 1951 to 1962, was the visionary who would take the College — and engineering schools throughout the country — from analog to digital solutions.

In the book, A Century of Chemical Engineering at the University of Michigan, Katz wrote, “One of the things in education that came on the horizon in the early 1950s was the use of electronic computers. Gradually the university got a computer.”

Katz realized the computer was the future engineer’s slide rule.

Katz realized this was the future engineer’s slide rule. He asked a colleague in industry, “Let’s say you hired one of our undergraduate engineering students to join your company. How long before he would be using a computer?”

Katz asked the University’s mathematics and computer science experts to demonstrate the use of computers in solving a chemical engineering problem. Two hundred and thirty people showed up on a cold and icy February evening to see it.

“It became obvious they were interested,” Katz said in a 1987 interview. 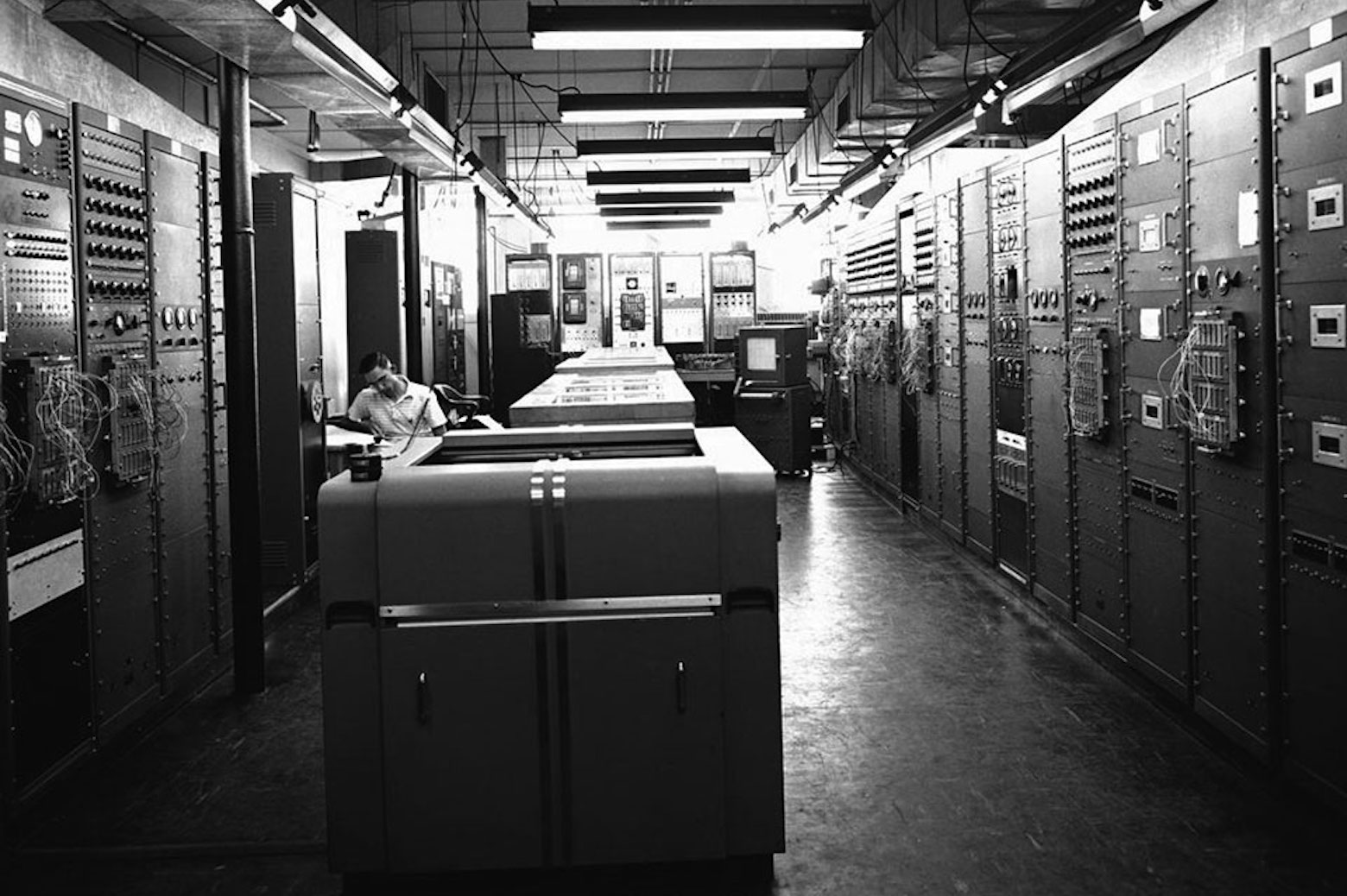 IMAGE:  Willow Run Research Center, 1954. Image courtesy "A History of Computing at the University of Michigan."

“They would give us $900,000 — but we had to enlarge our program for the nation. Go to dozens of schools, offer it to the whole nation, engineering schools in all branches. So we did.”

Katz named the Ford Foundation project he created and directed, “The Use of Computers in Engineering Education.” The grant was approved at the University’s Board of Regents meeting in October 1959: $900,000 over a period of up to three years for the “multi-departmental use of computers to enrich engineering education.”

Katz grew up poor on a farm in Waterloo Township, Michigan, milking the cows, chopping the wood, carrying the water. Now he was setting the stage for a monumental change at Michigan Engineering.

“Don foresaw the tremendous impact computing would have on engineering practice,” said the Arthur F. Thurnau Professor Emeritus of Chemical Engineering James O. Wilkes. “He saw something that very few people saw. When most thought, ‘Computers are very nice to have around; I’d like to write a program or two,’ Don was the person, like nobody else, who said, ‘OK, now this is a really big thing. And we need to train — particularly teachers — on how to run computers; to write programs and lecture notes, to write problems and get the students involved.’”

What made Katz such a superb director (and teacher) were three attributes, said Wilkes: “He knew what was really important in engineering, he had great insight, and he knew how to hire good people.”

First, the faculty had to acquire a working knowledge of computers so they could include problems in their curriculum that undergraduate students could solve on computers. Second, an “orderly method” of learning had to be developed — a workbook of sorts. And third, the University needed to acquire enough computing equipment to make this worthwhile. 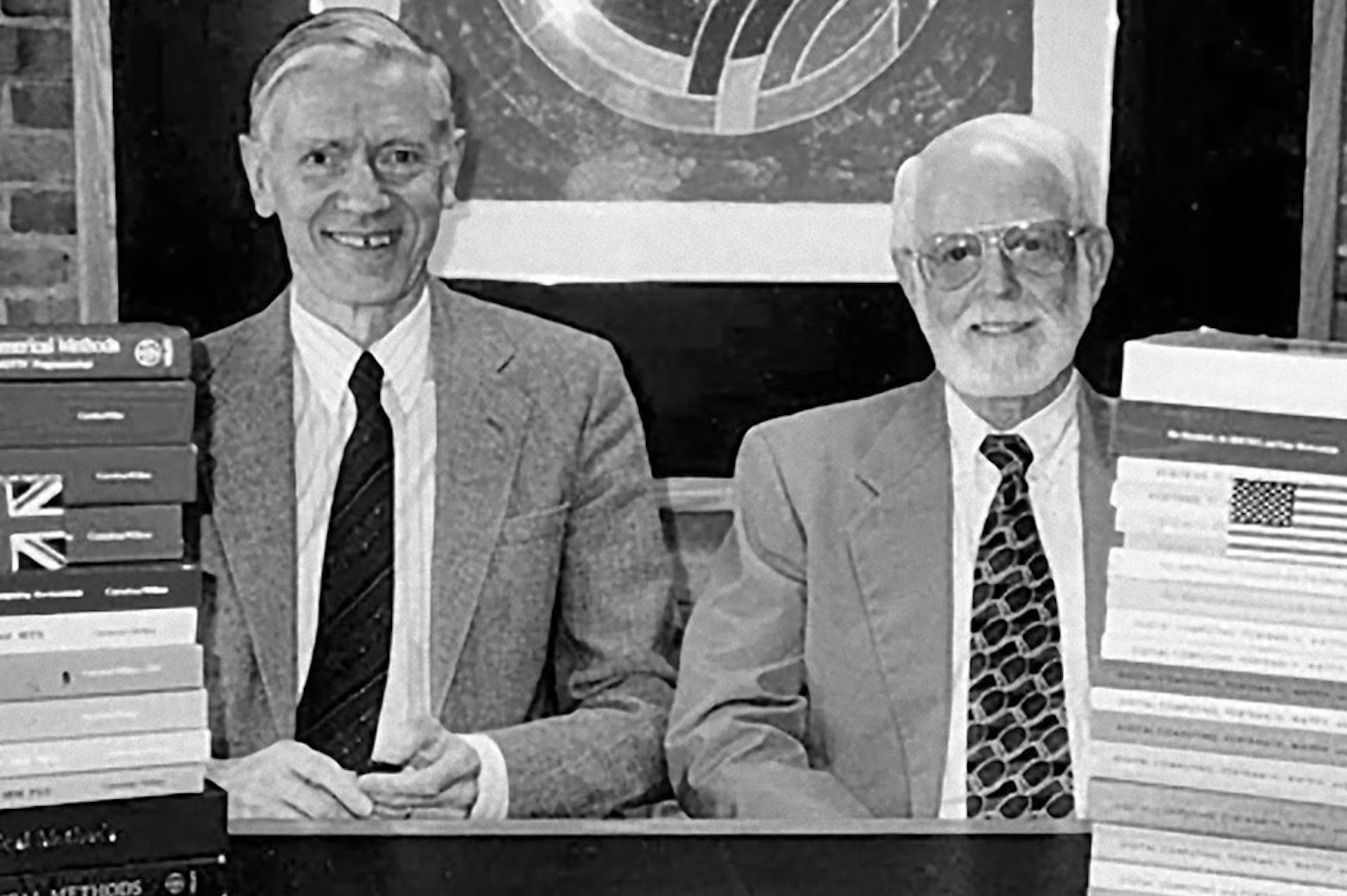 IMAGE:  Brice Carnahan and Jim Wilkes on April 24, 1996, with almost all of their many textbooks. Image from "Computers and Computing."

With regard to the first objective, Katz sought to train the engineering faculty, develop introductory computer courses for undergraduate engineering students, publish useful teaching literature and generate a large body of completely-solved computer-oriented engineering problems suitable for classroom use.

Katz was always in the driver’s seat, but his assistant directors — there were three over the course of the three year project — made the project run. They documented the project activities thoroughly and meticulously, with the intention of distributing the project publications widely to engineering college faculty members and administrators throughout the United States and Canada, fulfilling the grant conditions.

After a nationwide search for technical leadership in computing, Katz invited Elliott I. Organick to return to Ann Arbor as assistant director. Organick organized all of the instruction and selection of the teachers for the project, gave lectures, and wrote and published the first project report.

“Elliott was a lovely man,” Wilkes said. “One of Don’s PhDs. He came here for a year [as assistant director of the project] and then went to head the computer science department at the University of Houston. He…was followed by Brice Carnahan. It was under Brice’s assistant directorship that most of the work was done.”

Katz also visited schools throughout the country to shed light on the program and compare notes.

“I went to MIT, Wisconsin, Ohio State, Berkeley, Texas, Georgia Tech, New York University, and places like that,” Katz wrote. “I found at that time there was virtually nobody who had an example engineering problem that they had given their students.”

Faculty came for workshops – eight-week, all-day summer or full semester training programs. Prospective participants completed applications, providing their position, education, professional experience, courses taught, publications, and knowledge of or experience with computers. At first, they accepted all who applied. But by the summer of 1961, they received 213 applications – with funds and facilities available only for “55 men.” During the summer of 1961, those 55 represented 30 schools from the United States and Canada. 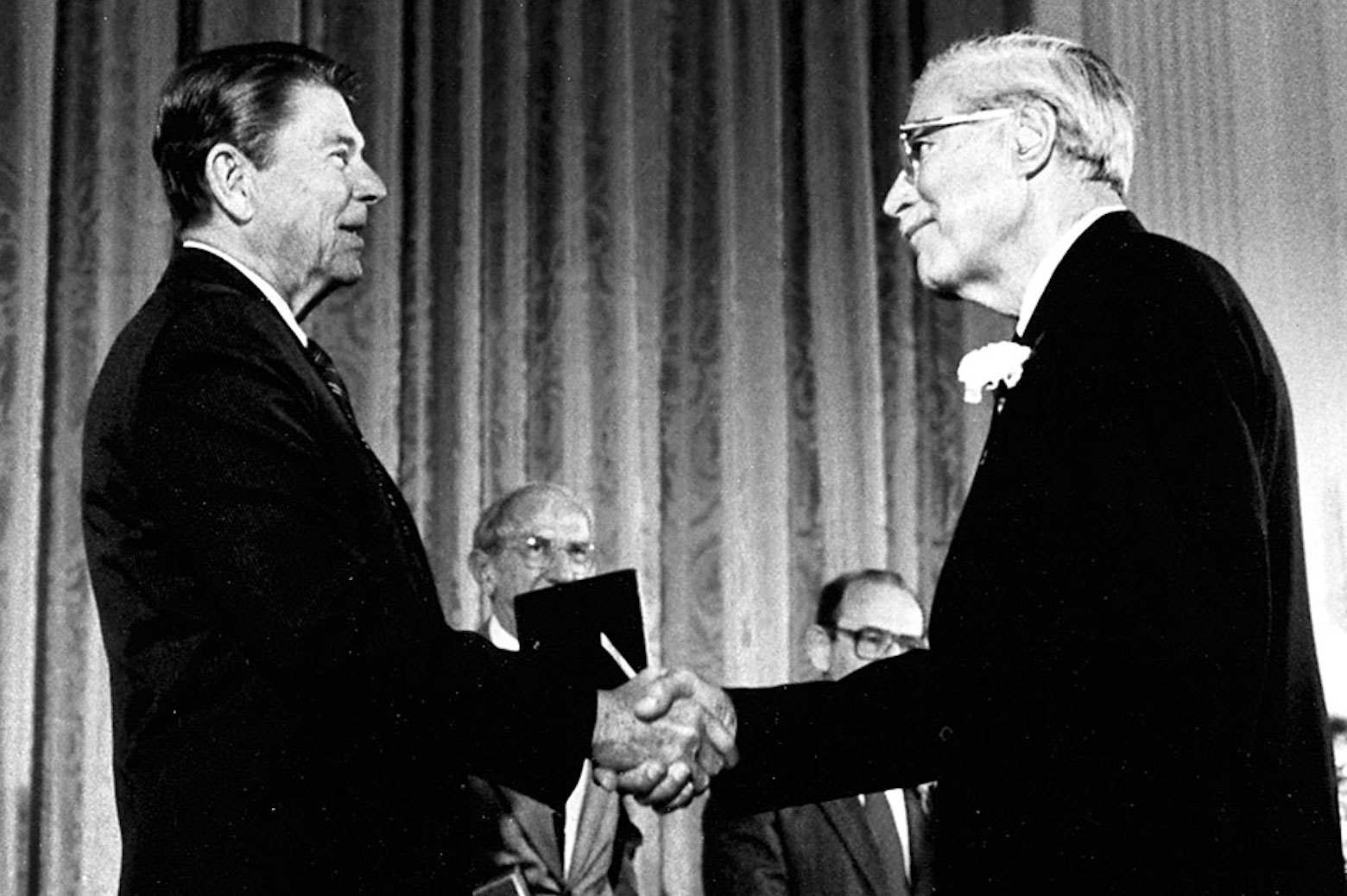 Fifty-six University of Michigan faculty and 160 faculty members from 65 other engineering schools participated in the project. Two undergraduate engineering courses developed during the project were already being taught at Michigan before the project’s final report was completed.

The final report, written by Brice Carnahan, was dated January 1, 1963. In it Katz wrote, “It is a virtual certainty that the trend toward required computer work at the undergraduate level will continue; we may expect that within a few years, essentially all engineering students will receive computer training before graduation.”

Perhaps the crowning moment came in 1963, when Katz went to Buenos Aires, Argentina, to visit the dean of the engineering school there.

“I didn’t think much about it,” Katz wrote, “but he asked me to meet the young man who runs their Computing Center. I met him, and he was just tickled to death to see us, because he was using our report that we had sent him. We did make a mark around the world with this.”

“When a man has, in an intensive effort, learned to program two or three problems, and then, by himself, has selected an engineering problem, programmed it, run it on the computer and analyzed the results, he is now ‘over the hump,’ Katz wrote, “and can progress to problems of increasing complexity with assurance.”

The Man, The Legend

“What makes the whole Ford Foundation project even more amazing is that Don never touched a computer.”

Donald Katz retired in 1977 after 41 years on the faculty, and was honored at a two-day lecture and open house that April. Katz himself presented a lecture on “Experiences in an Industrially Oriented Engineering Education Career.” But his pioneering work in the applications of digital computing in engineering education was just one of his many contributions and accomplishments.

Katz served as president of the American Institute of Chemical Engineers (1959), and in 1983 he was awarded the National Medal of Science, presented to him by President Ronald Reagan. Katz died at the age of 81 on May 29, 1989 at his home in Ann Arbor.

“Don was a great engineer,” said Wilkes, “and readily distinguished the important from the trivial.” Wilkes said that while his claim to fame was the Ford Foundation computer project, he was a “visionary” in other areas as well.

“He would put his finger on something, and not only dream about it but go after it to solve that problem. What makes the whole Ford Foundation project even more amazing,” Wilkes added, “is that Don never touched a computer.”