Alumna Mariesa Crow is looking to the future of power 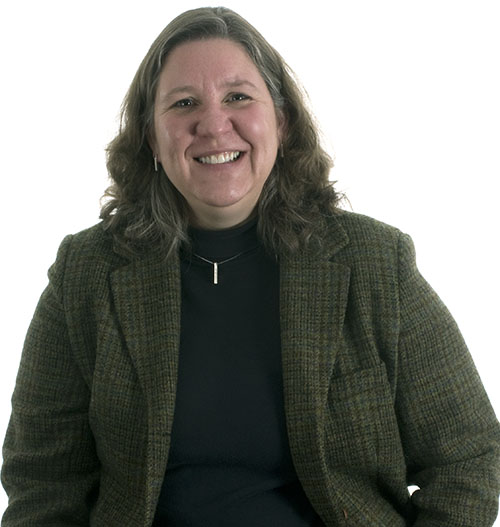 Mariesa Crow (BSE EE ’85) is working to power the future through her research on energy storage and microgrids and her commitment to training the next generation of power engineers. The Fred Finley Distinguished Professor of Electrical Engineering and VP for Research at Missouri S&T, Crow came to Michigan to discuss her work as part of the Michigan Power and Energy Lab Seminar Series.

Energy storage is a proposed solution for a number of rising problems in power engineering. Crow has spent her career studying this technology and how it can be used to stabilize the bulk power grid. This includes exploring how energy storage can be used to integrate renewable energy sources into the grid and act as a buffer for unreliable solar and wind power generators.

In particular, she examines microgrids, which can range in scope from a single building to a small community or campus. Crow has helped develop modular renewable power grids for military forward operating bases, to provide power that is easily transported and requires no permanent infrastructure. Currently, these bases rely on bulky gasoline or diesel generators that increase transportation costs and can be dangerous so close to combat.

“Because these renewable systems are small, you can put them together like LEGO’s,” Crow explains. “Modern forward operating bases are very fluid, so you want the system to be able to grow and contract easily.” 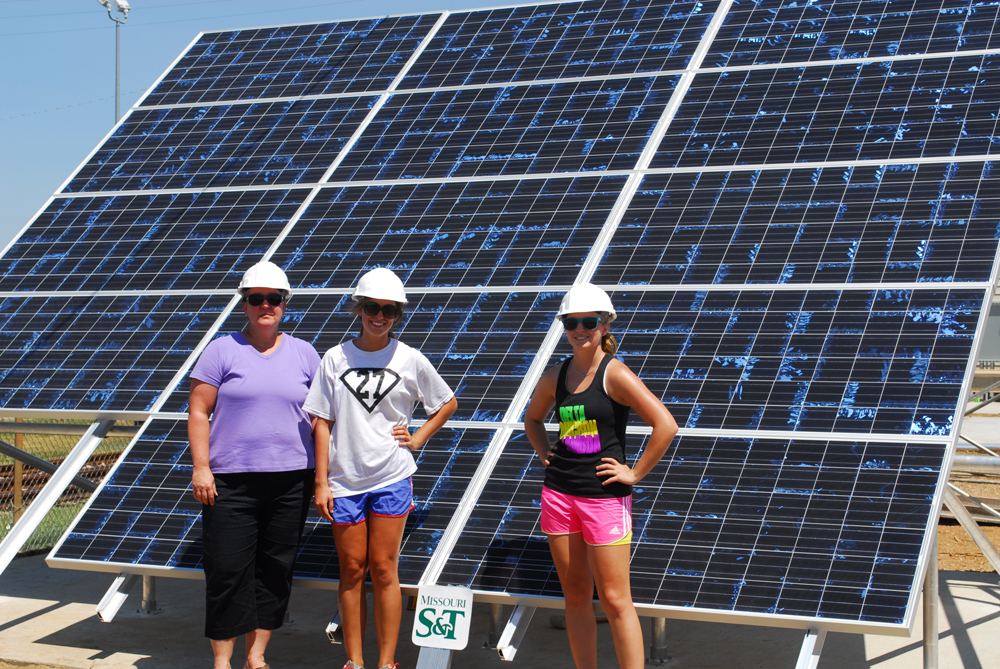 IMAGE:  Mariesa Crow, left, works in the field on a solar system with two students.

Currently, Crow is part of the NSF Center for Future Renewable Electric Energy Delivery and Management (FREEDM), which works to develop what they call the “internet of energy.” This would allow consumers to plug in and out of the grid seamlessly and control how they get their power. Crow leads the center’s large-scale simulation testbed, using data from a small green energy hub to model a system’s behavior in a bigger, more real-world setting.

“Ultimately, this could evolve to the extent where we can choose what kind of energy we use, how we use it, and how we control it,” she says.

In other work, Prof. Crow explores how electric vehicles can be used as energy storage devices as well as “transactive energy,” which is the ability of a consumer to sell excess power back to the grid. 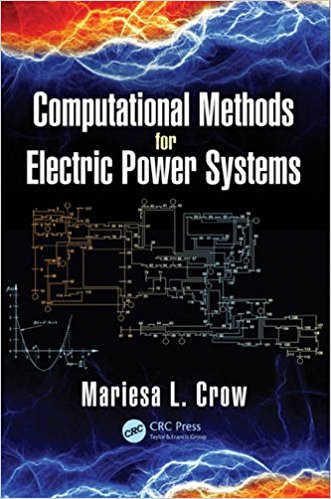 IMAGE:  Prof. Crow's book is in its third edition.

Crow is involved in a number of activities to train the next generation of energy professionals. For the past three years, she has led the Mid-America Regional Microgrid Education and Training Consortium, funded by the Department of Energy’s Sunshot Initiative. This program focuses on educating new and working engineers to work with changing technologies.

“As we move toward a new smart grid, traditional power engineering techniques are changing,” says Crow. “We need a new curriculum for that.”

To do this, Crow works with universities across the region to develop undergraduate and graduate courses and curricula and train working engineers to face new challenges. She has also written the textbook, Computational Methods for Electric Power Systems, which is in its third edition.

In her most recent role as Missouri S&T’s Vice Provost of Research, Crow gives faculty the tools they need to be successful. She oversees sponsored programs that help faculty get their proposals out the door, as well as tech transfer activities and patent applications.

“I’m really like a service center,” Crow says, “I run the nuts and bolts of what faculty need to be successful in their own research.”

Crow first found her way to the field of power thanks to her PhD advisor at the University of Illinois, who she looked up to as a prominent woman in her field.

“My advisor was a great mentor,” says Crow. “She was very outgoing; she dragged me around and presented me to everybody, made sure I made connections.”

She first found a passion for engineering in junior high when she saw Star Wars, and went into EE so she could work on space shuttles and satellites.

Previously, Crow served as the Director of the Missouri S&T Energy Research & Development Center. She received the IEEE Power and Energy Society Power Outstanding Engineer Educator Award for her leadership and innovation in electric power engineering education, as well as the Missouri S& Outstanding Teaching Award. She is an inductee in Missouri S&T’s Women Hall of Fame, and has received the IEEE Distinguished Service Award and Third Millennium Medal.. She is a registered Professional Engineer in the State of Missouri and a Fellow of the IEEE. 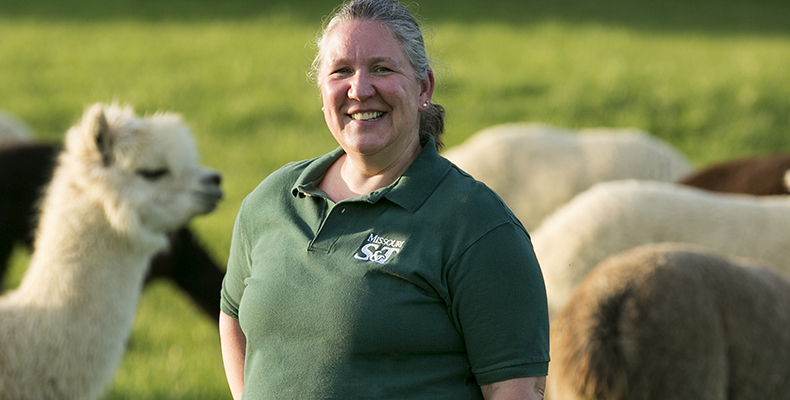 When she’s not in the classroom or the power lab, Prof. Crow has 17 furry friends to keep her busy. Crow and her husband, James Drewniak, who also teaches electrical and computer engineering at Missouri S&T, raise alpacas on 8 acres of grassy land behind their home – and they make for great entertainment. Read about Crow’s alpaca antics.